In 1958 I turned 16 and bought my first car, a 1947 Ford Coup. A favorite thing was to just cruise around.
My hometown of Ohio City was pretty small so our favorite place to cruise was the main drag in Van Wert Ohio. A favorite hangout there was the B&K Root Beer Drive In. You could get two Coney dogs, fries and a mug of root beer, I think for less than $2. It was also popular to cruise through several times during a night to see who was there.

They are still open during the summer; I ate there several years ago but just didn’t seem as good as I remember. It looks the same as it used to.

I get hungry for Coney or chili dogs and have tried different recipes. For tonight’s I had looked up a copy of B&K Coney Dog sauce and this recipe was in quite a few places and about the same ingredients. I had usually browned my beef first and then added the sauce and seasoning. It looked like here it was just add all the ingredients and simmer an hour or so.

I made my Coney sauce this afternoon and had some good old fashioned hot dogs from my butcher Kah Meats to use. I had leftover corn chowder to have with the dogs.

I did the hot dogs on my Weber Spirit heated on med. to 400 deg. and did the dogs 4 minutes per side. When the split they are just right! We heated up the chowder and Coney sauce. My wife just had sauce and shredded cheddar on her dog and I had sauce and chopped onion on mine.

Tasted pretty great!! As good as they used too? Well no but I am not 16 anymore either!!! The recipe does make pretty good sauce!

For the Coney Sauce 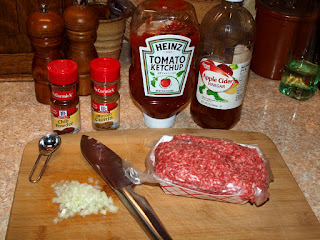 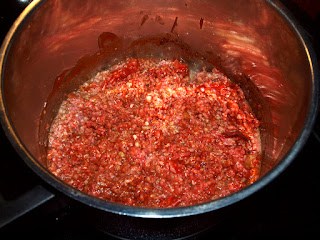 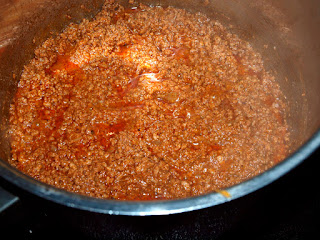 Hot dogs done on the gill 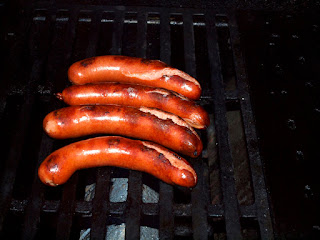 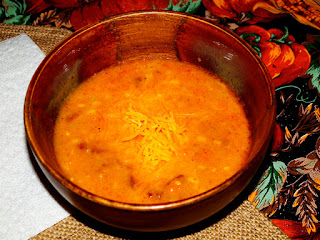 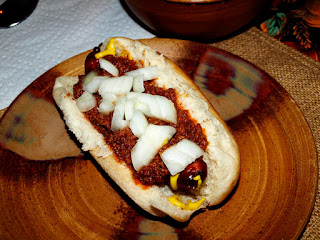