It was a pretty easy meal tonight. I had some of my butcher’s fresh Cajun brats thawed and had some pierogi and spaetzel with them.

I smoked the brats on my Traeger at 190 deg. for an hour and threw the pierogi on for the last half hour to thaw and cook some. The pierogi were Mrs T’s which are pretty good and the spaetzel was Bechtel’s.

I got the spaetzel on boiling and brought the brats in to brown in a skillet with a little olive oil about 3 minutes per side then removed and browned up the pierogi and removed. I drained the spaetzel and added a couple pats of butter then in the skillet. I added the brats and pierogi back to warm up and cooked a few minutes to brown the spaetzel a little.

Tasted great along with some bread and butter!

Brats & pierogi in my Traeger 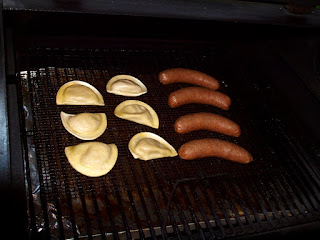 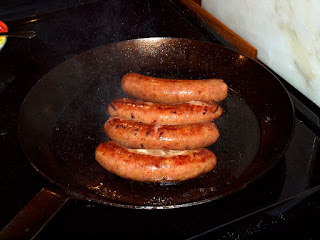 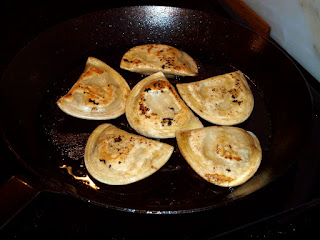 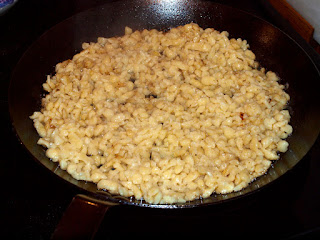 I had served the wife before I too this 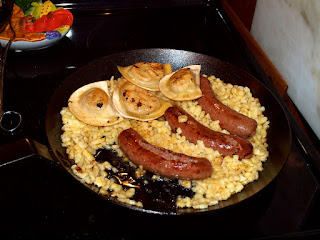 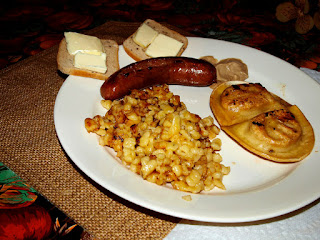