I wanted to try Hisinhanwu's marinade recipe so I bought a whole fryer chicken and thought some Zatarain's New Orlean yellow rice and sauteed mushrooms would be good with it. Hsinhanwu is a fellow member of Let’s Talk BBQ forum.

I made up the marinade early to let the flavors meld. I used vodka but added  one tablespoon rice vinegar for some sour. I just added a good pinch of crushed red pepper, I can't go too hot or the rest of the family won't eat it! I left out the anise; since we don’t care for it.

I cut the backbone out of the chicken and halved it. It went into a plastic bag and in the fridge for 3 ½ hours. I turned it twice.

I sauteed some onions and mushrooms in some brown butter and seasoned with Savor All. I started them on my stove to get the skillet hot and then went on my smoker for the last half hour.I got them a little dry and should have added some liquid near the end. They were on for 40 minutes and had planned on 30 minutes.

I was lookin for the chicken to be done at 6:30 and had the rice going in my rice cooker. I checked the rice at 6:15 and it was cold, seems the cook forgot to turn it on! I dumped it in a sauce pan and on the stove where I could get it done in about 20 minutes. The rice and the chicken were done pretty well at the same time.

It was a good supper. The chicken was moist and tender but as usual the skin was not quite crisp enough. The wife, daughter and I didn't think there was lot of flavor in the chicken. When I tasted the marinade after it set a while I thought it would really be good. Since the vodka has no taste maybe I would like it better with the vinegar. If done over charcoal where you can bast more and brown up the skin better you might get better results.

It's still a good marinade and want to try it on kabobs soon. I was afraid to let my chicken marinade over night for fear of mushy meat.

Chicken in the marinade 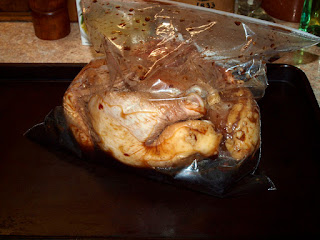 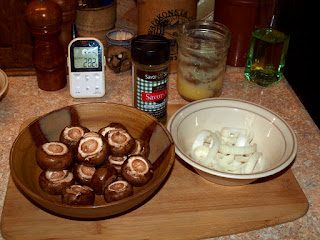 Started on the stove top 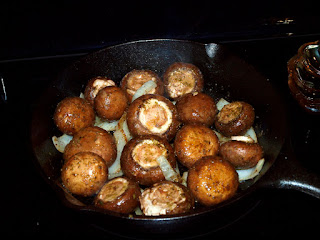 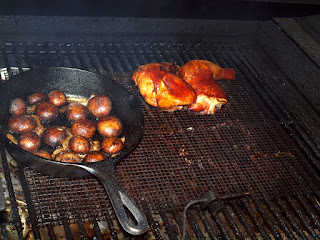 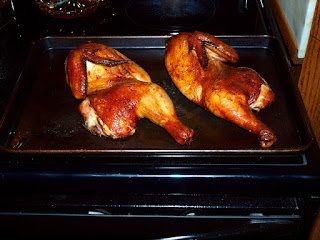 Mushrooms and rice ready to serve 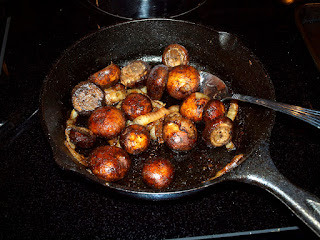 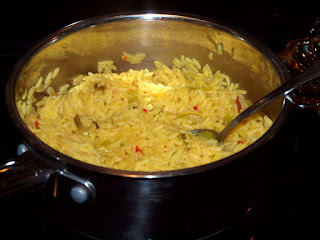 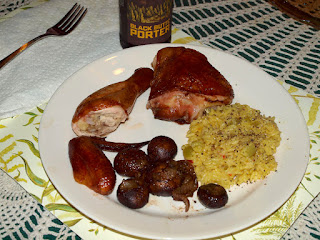