I don’t know anything better to brighten up a gray, rainy day than some shrimp and grits! New Orleans style is my wife and my favorite way to fix shrimp. We don’t have it often with all that butter but sure is good once in a while. You need to serve it with good crusty bread to sop up the good sauce and a bowl of coarse ground grits tastes great with it.

After lunch I cooked some coarse ground yellow grits until they were nice and thick. I place some in two bowls to reheat at supper time and when cool in the fridge. I cut some fresh chives from my garden for on top.

At supper time I diced and browned 3 slices of bacon the removed to add back. I got the butter melted and stirred in the seasonings then added the shrimp and bacon. I saved some bacon to add to the grits.

While it was in the oven I toasted some English muffins and microwaved the grits a bowl at a time for 1 minute; added some 4 state shredded cheddar and some bacon then another 30 seconds. We added some chives on top. I added a couple Tbs. of the sauce from the shrimp and some hot sauce to mine.

They hit the spot; the English muffins were good with all the nooks and crannies to mop up the good sauce. My wife said we should have invited the son down we won’t eat all the shrimp. I said I plan to put a good dent in them! We did manage to eat them all! 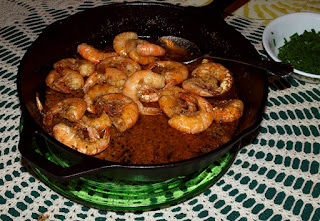 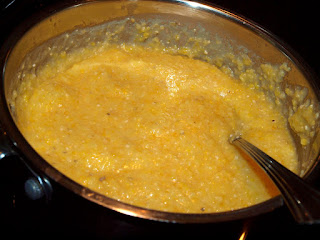 Ingredients, mustard and bacon not shown 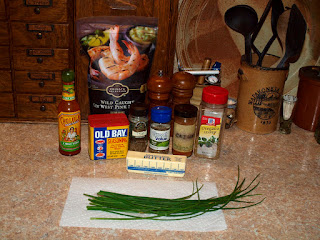 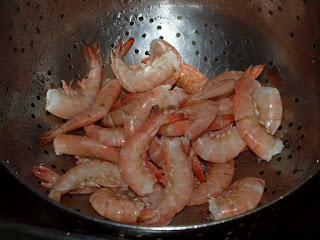 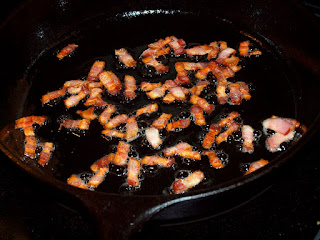 Butter and seasonings in 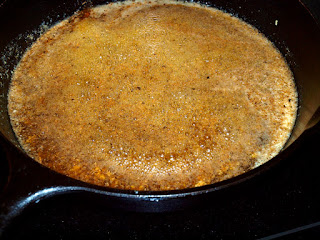 Shrimp and bacon added and baked 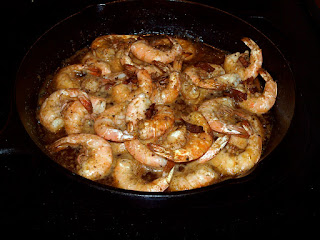 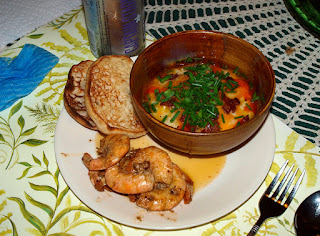