My wife went to a musical this afternoon with a friend and they were eating out after so I just had to cook for myself. I had a chunk of old fashioned bung bologna from my butcher. I would smoke it for an hour then bring inside to brown some and add some Blues Hog Tennessee Red sauce, in the style of brisket burnt ends. I cut the bologna in about 1 inch chunks and seasoned with some Blues Hog Rub before going on the Traeger to smoke.

I had a frozen hash brown patty I would fry in lard and make a salad. The salad was iceberg lettuce, English cucumber, and some tomatoes. My dressing I like for iceberg lettuce was a couple large Tbs. of mayo, a large tsp. of sour cream, some dried garlic flakes, salt and pepper. I stir it up and let set in the fridge a while.

After my little fiasco with a flame out and a failed relight I finished the bologna inside in my 8 inch lodge skillet with a little olive oil and browned some then added the Blues Hog Tennessee sauce and cooked down some. I fried the hash brown patty in lard in my Lodge small serving dish.

It all tasted good, the Blues Hog on the bologna was just the right amount of sweet and heat for me! 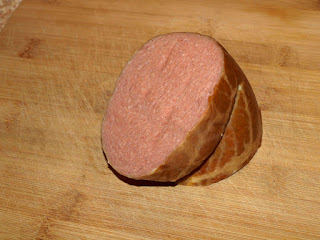 Seasoned and ready for the smoker 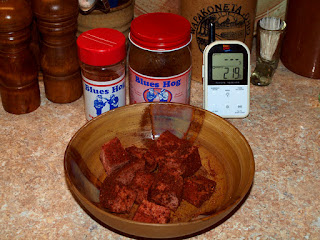 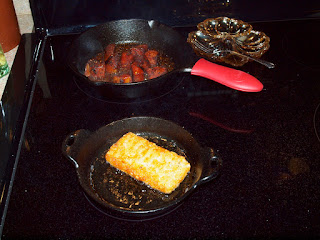 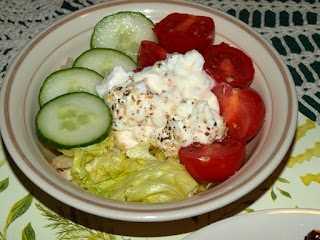 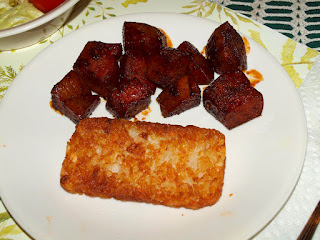