Tonight’s supper was inspired by Lets Talk BBQ member Sliding Billy’s Pittsburg Steak Salad. I had a little over a pound piece of beef chuck I had frozen & decided to use it. I would rather use a flank steak but have to use leftovers up. I thought a little bacon would be good too.

I seasoned the beef with some Weber’s Chicago steak seasoning and smoked it on my Traeger with the bacon. I started at 2225 deg. for a half hour then went to 300 deg. grill level and took a total of 1 ¼ hours to get the beef to 140 deg. IT. I let the bacon on another 10 minutes.  When it all cooled down some I covered and in the fridge.

I cut enough fries for the wife and I, the daughter had to work late. I placed the fries in a lager beer and a Tbs. of salt and in the fridge about 5 hours.

I did the fried in a 400 deg. oven for 20 minutes flipped and another 15 minutes. While the fries were baking I made up the salads, sliced the beef and it went into a skillet just to warm up. I served it a little after 6:00; we had some leftover garlic knots with it.

Mine turned out a little different than Billy’s, I added some bacon and sliced sweet onion and left out the shredded mozzarella, because I forgot to get it out! I had blue cheese dressing and my wife had her favorite Strawberry vinaigrette dressing.

It tasted great Billy, thanks for sharing the recipe. 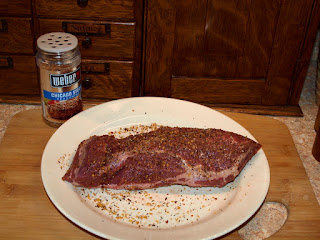 Beef and bacon on the smoker 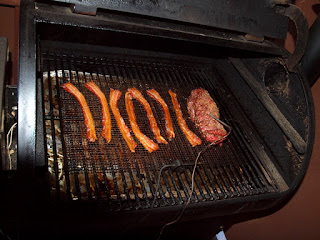 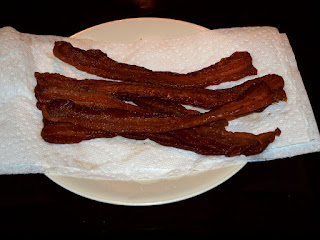 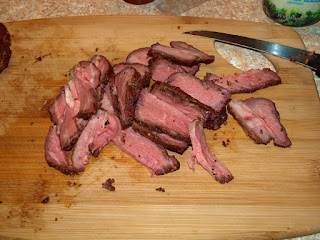 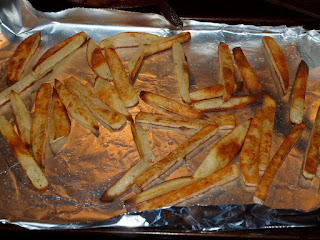 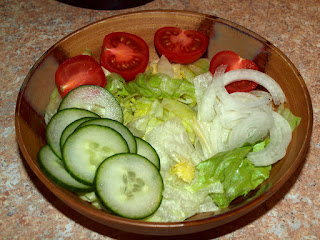 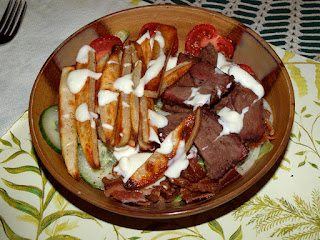 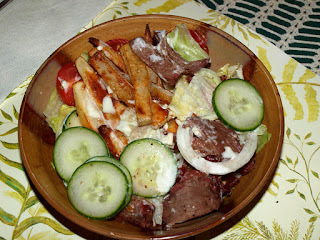 Email ThisBlogThis!Share to TwitterShare to FacebookShare to Pinterest
Labels: Salad