A cold week-end here in Ohio so it was a good time to fix this chili I wanted to try. I found the recipe on a food blog called cakenknife. The long list of seasonings alone would turn me off but the inclusion of a black porter beer got my attention so had to try it.

I had a pillsbury ritz pie crust in the freezer that needed used so I baked a buttermilk pie for our dessert. I had a recipe from my sister I always use. It calls for 1 ½ cups sugar; for a change I used a half cup of brown sugar and a cup of white sugar. I thought it turned out a little better.

The recipe used some vanilla porter but I used my favorite Deschutes Black Butte Porter. I stayed pretty true to the recipe. I used rounded measuring spoons for all the spices, smoked insted of sweet paprika and ground chipotle chili instead of cayene.

The recipe called for cooking the onions in a little olive oil and then adding the meat to brown up and then adding the rest of the ingredients. I did it my usual way for chili, after I have the meat and onions browned I add all the dry ingredients and cook a few minutes stirring. I then add any liquid I am using to deglaze the pan. I then add all the rest of the ingredients. After it comes to a boil I turn down to low and like to let it simmer 2 to 3 hours for the best flavor. If it's a thick chili I will partially cover but for a thin watery chili I leave the lid off.

I like to serve chili with shredded cheese, sour cream and some buttered saltines. I thought the chili had great flavor for one a little different. My wife tasted it and said she didn't like it too well. I had the half can of tomato paste left and told her to stir a Tbs. of that in and the cheese and sour cream would cut it some. She tried that and liked it. Our daughter thought it was pretty good.

The buttermilk pie was a perfect dessert after some spicey chili. 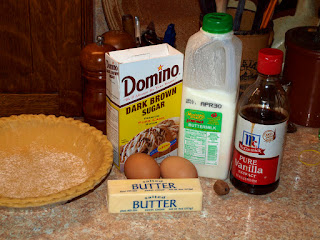 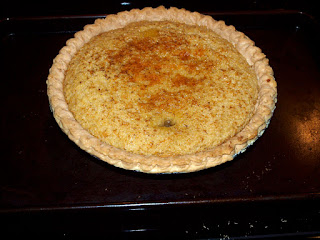 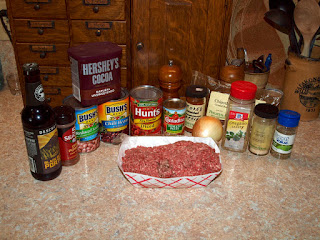 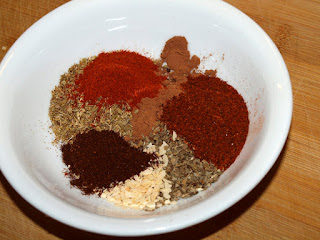 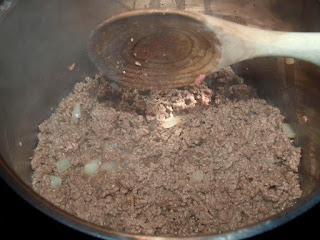 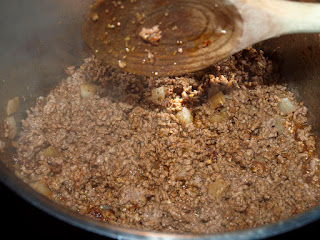 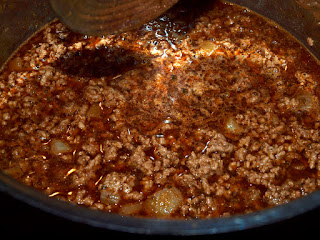 Simmered over 2 hours ready to serve 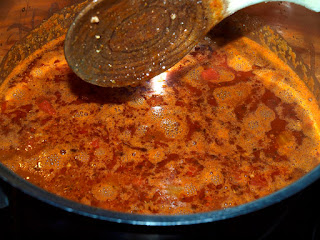 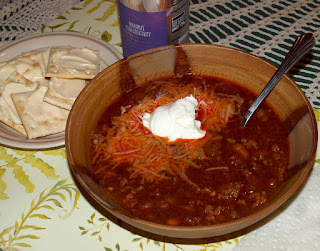