My HBBLT for National BLT Month

What a day for the daughter to move. We woke up to an inch of snow on the ground. It’s been a long time since it snowed in April! Our son and wife drove the rental truck up and left at 9:00. The daughter and wife left at 9:30. Me and the dog stayed home and worried. All are home and safe now so no need to have worried. The wife said they had about 3 inches in Bowling Green that is 70 miles north of here.
She said the roads were all clear.

Since April is National BLT Month and I had about a half pound of bacon left I decided to have a BLT. This afternoon I did the bacon on my Traeger and took just over an hour.

I had some hot house tomatoes from Ohio that were not too bad. The bacon was thick sliced from my butcher and I had some thin sliced smoked ham and some old fashioned bologna from there too so I decided I would have a HBBLT, ham, bologna, bacon, lettuce and tomato and have a good sandwich.

Suppertime I toasted the bun and fried the ham and bologna. I had mustard on the bottom, ham, bologna, bacon, lettuce and tomato in that order. I put mayo on the top bun.  Now that was a great sandwich if I do say so myself! My wife had a BLT when she got home.

This was pretty good but they are much better after some good garden tomatoes come on in late July.


The only hot house tomatoes I have had that has some taste come from Canada but these from Ohio were pretty good too. 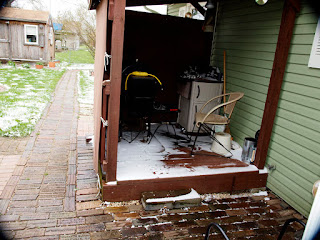 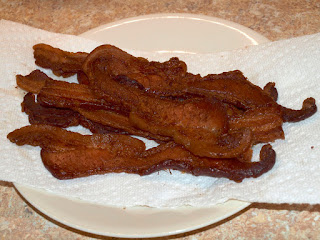 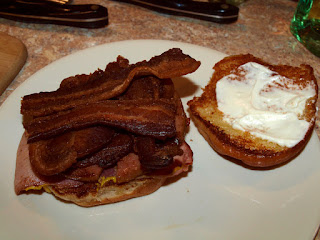 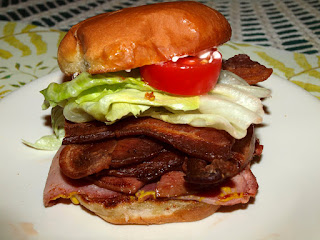