Bulgogi is a Korean dish made with marinated beef that is grilled. The beef is best with some well-marbled tenderloin that is sliced thin. I had a 2 pound chuck roast and planned to do it on the smoker like pulled pork and then add the marinade to reheat for sandwiches.

I wet the roast with a little red wine vinegar and added Korean red pepper flakes. I got it on my Traeger at 12:15 on smoke mode 180 deg. grill level. After an hour 15 minutes I went to 180 for a grill level average of 235 deg. I was looking for a meat temp of 155 deg. and then I would place it in covered cast iron skillet with a little beef broth and an onion slice on top to finish to an IT of 200 deg.

I checked it at 3:55 and it was at 200 deg. IT. I had plenty of time to get it done for a 6:00 supper time. The wife was taking the grandson to a movie at 7:00 so I told the son and wife to come for supper. The son and I could have the beef sandwiches and there was plenty in the fridge for all to fend for themselves.

When the beef had cooled some I tried to pull it. It was plenty tender but was not going to pull well so I just sliced it all up thinly. I added the marinade ingredients and several tablespoons of the broth the meat had cooked in and covered on low heat.  I had some corn cut off the cob and fried it in some butter with salt and pepper. I sautéed some carrots, green peppers and onions in seasoned cooking oil for on top of the sandwiches.

I had some hard crust dinner rolls for the sandwiches to be made up with cheese on the bottom, the beef with some of the liquid and topped with the sautéed veggies. All I had was some shredded triple cheddar, provolone would have been better.  The son and I both had two of the small sandwiches.

I had one sandwich with the veggies and the other with some of the last of my Kimchi. The beef was very tender and tasty but not as hot as I thought it would be. I liked the one with Kimchi since it had some heat. My sides were some of the fried corn, which was great, and some bought potato salad that was not too good.

The beef was tender and tasty but next time I will make the Bulgogi the traditional way with less prep time and cook time. 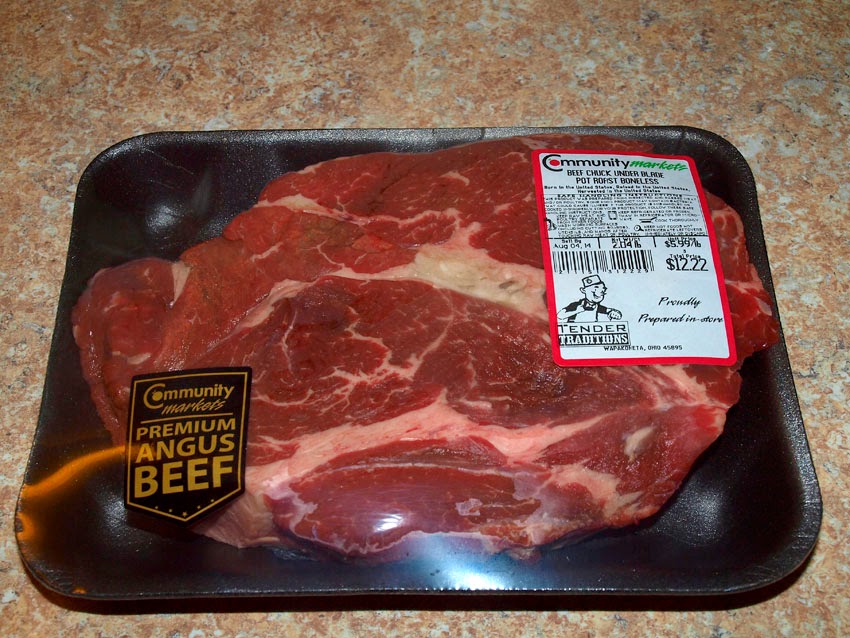 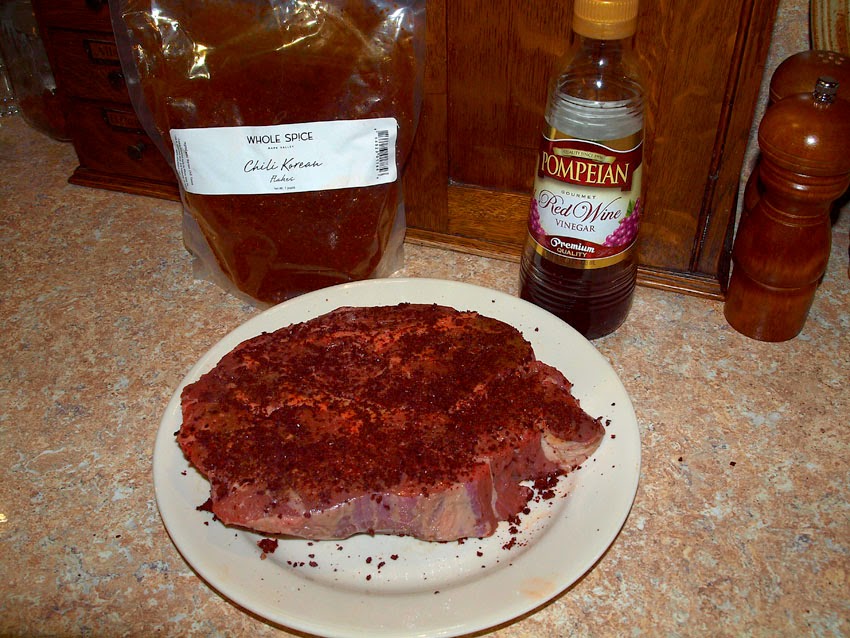 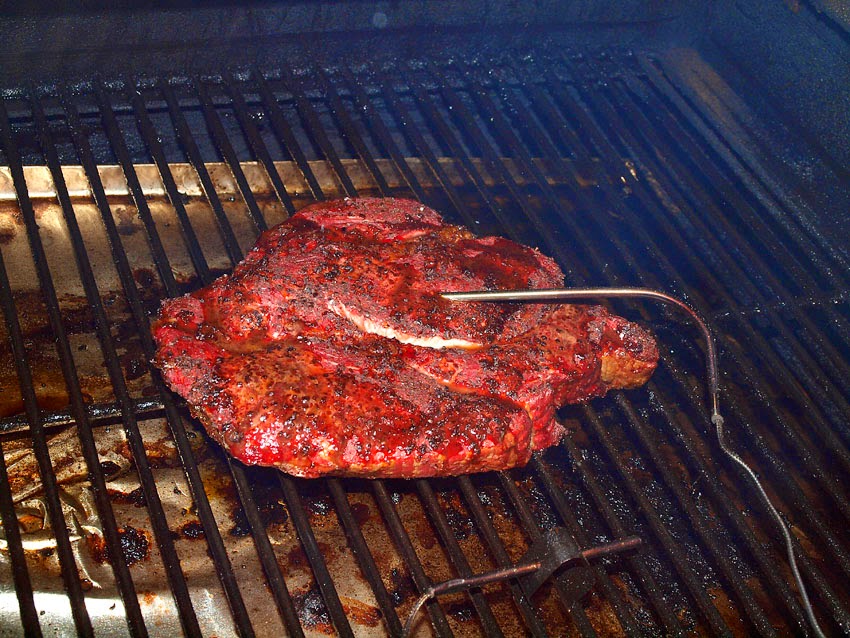 Ready to cover and finish 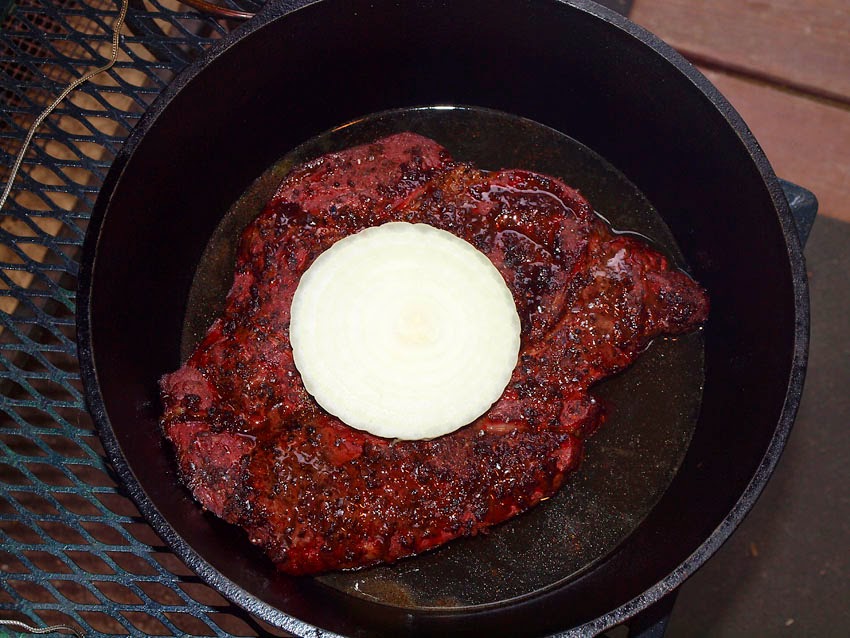 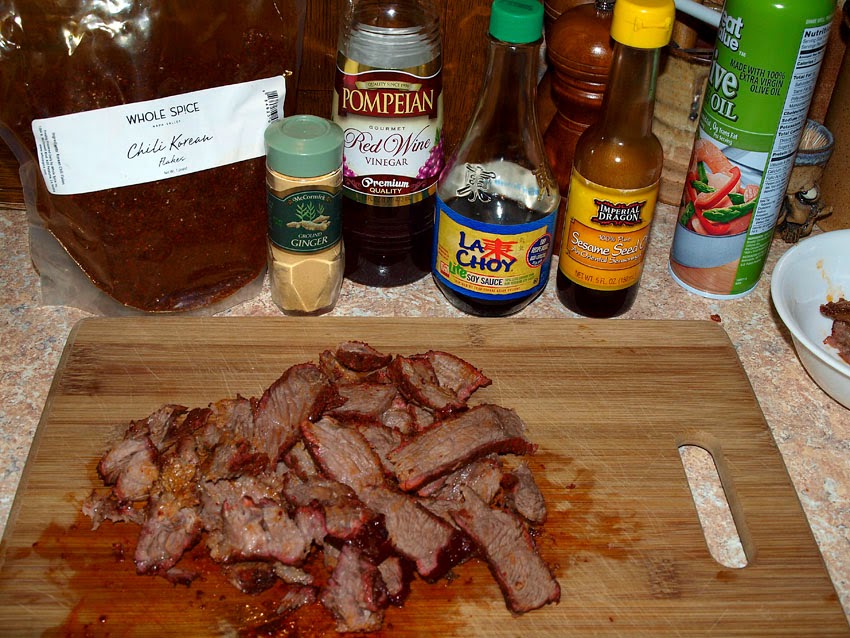 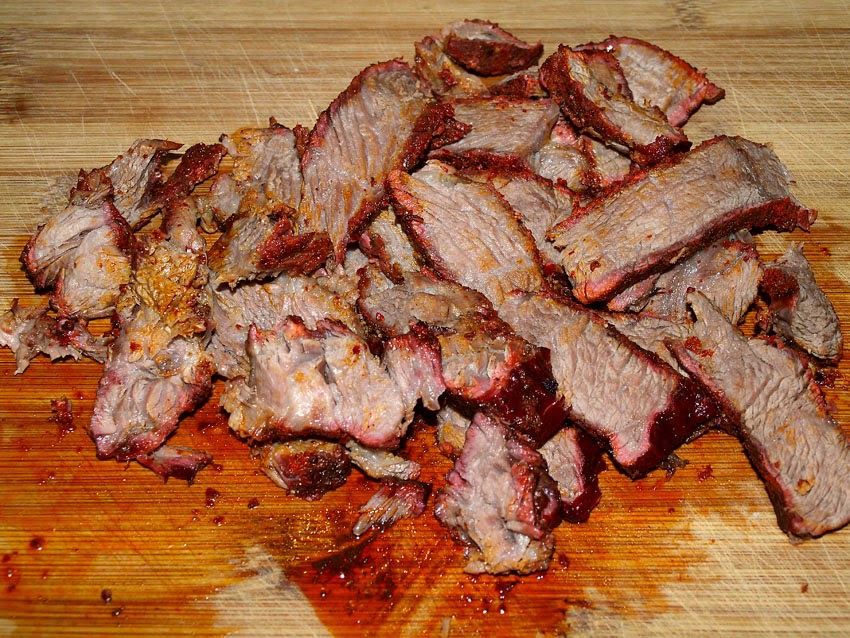 Ready to warm up 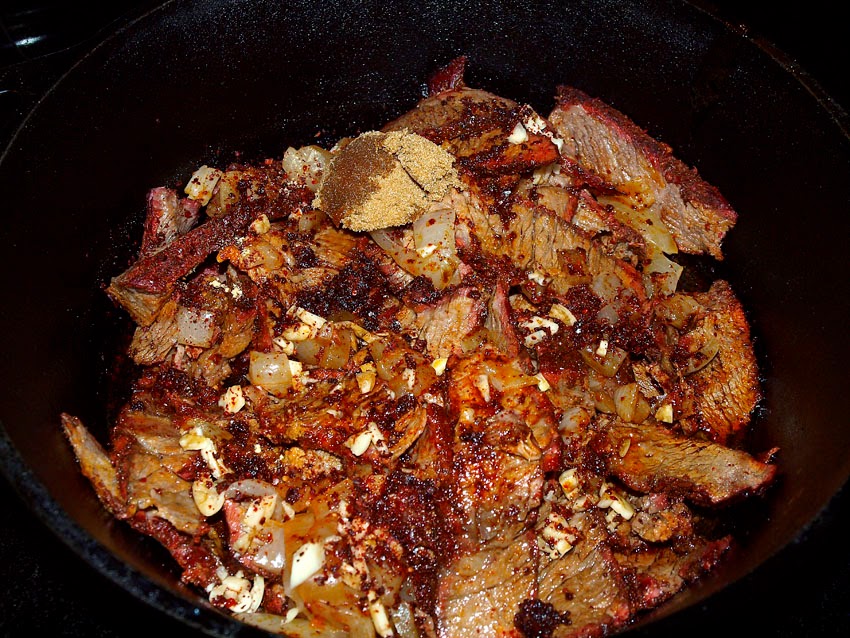 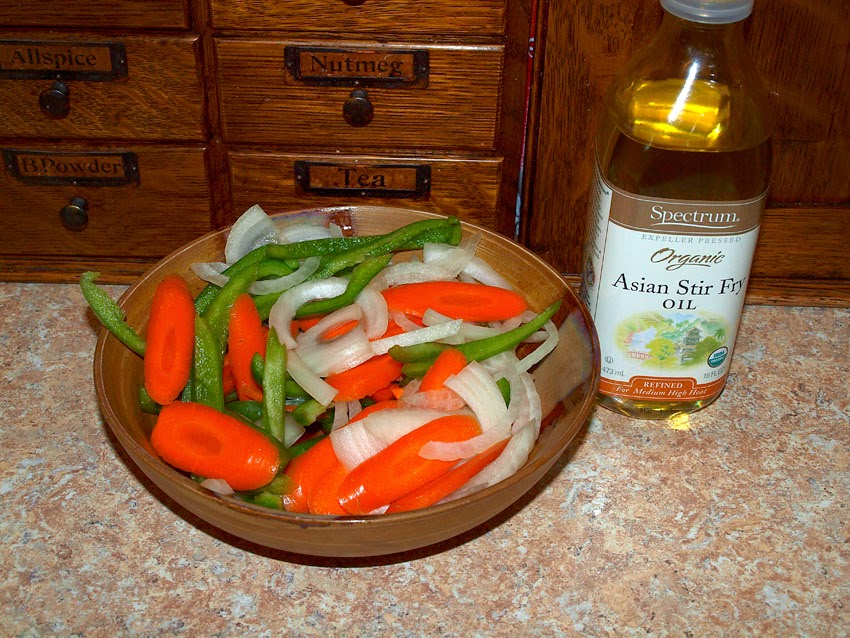 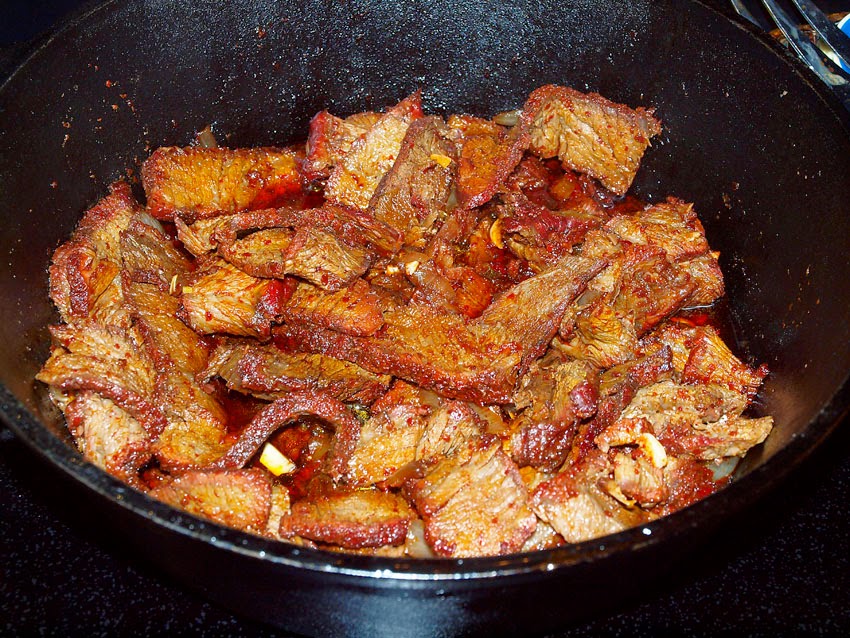 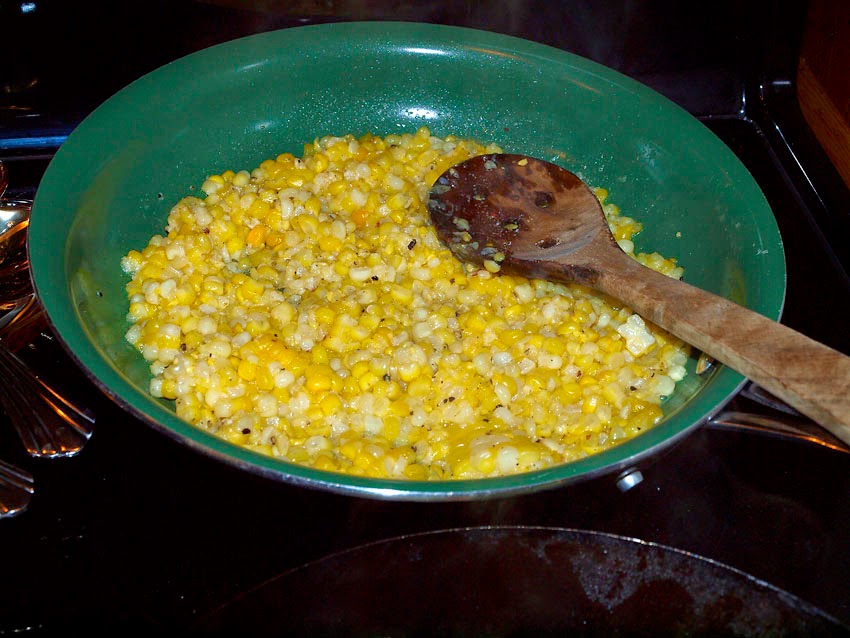 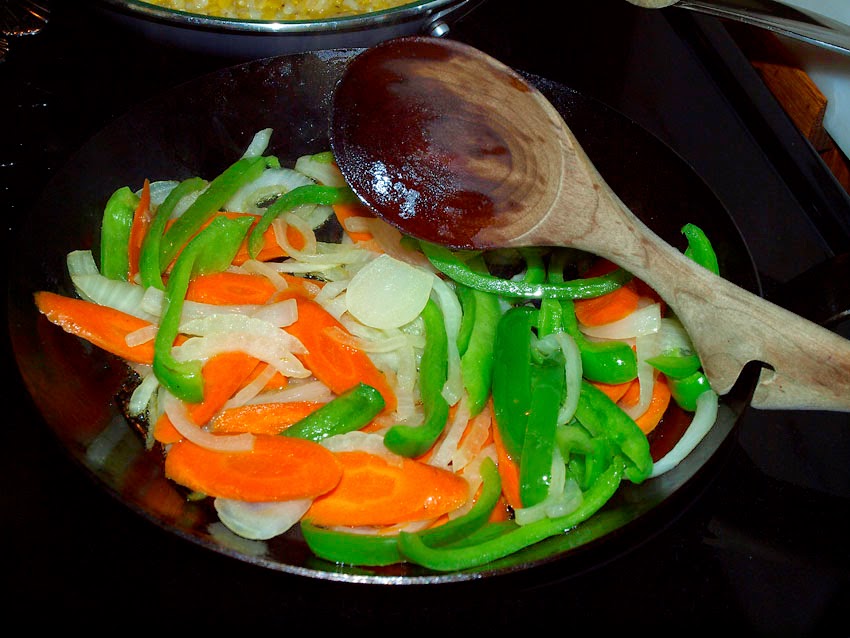 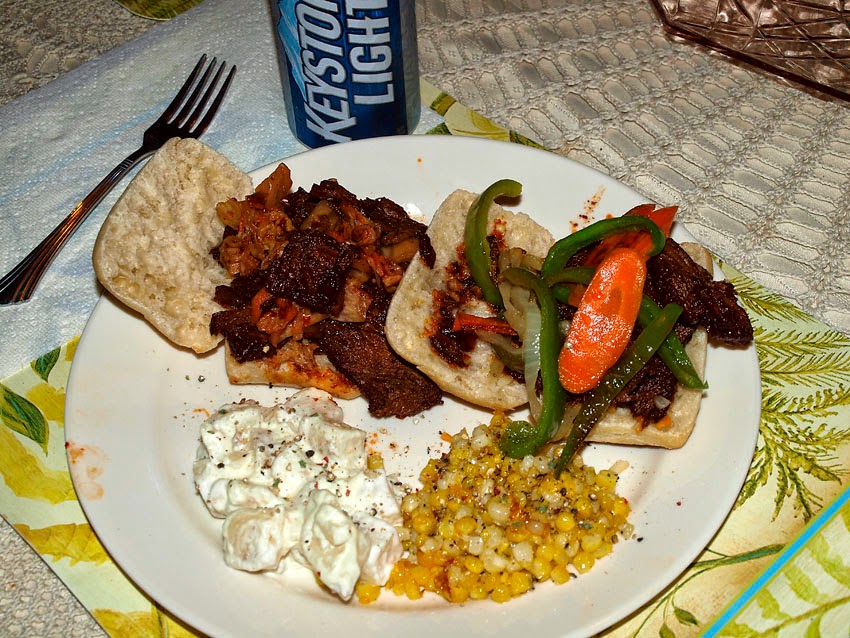 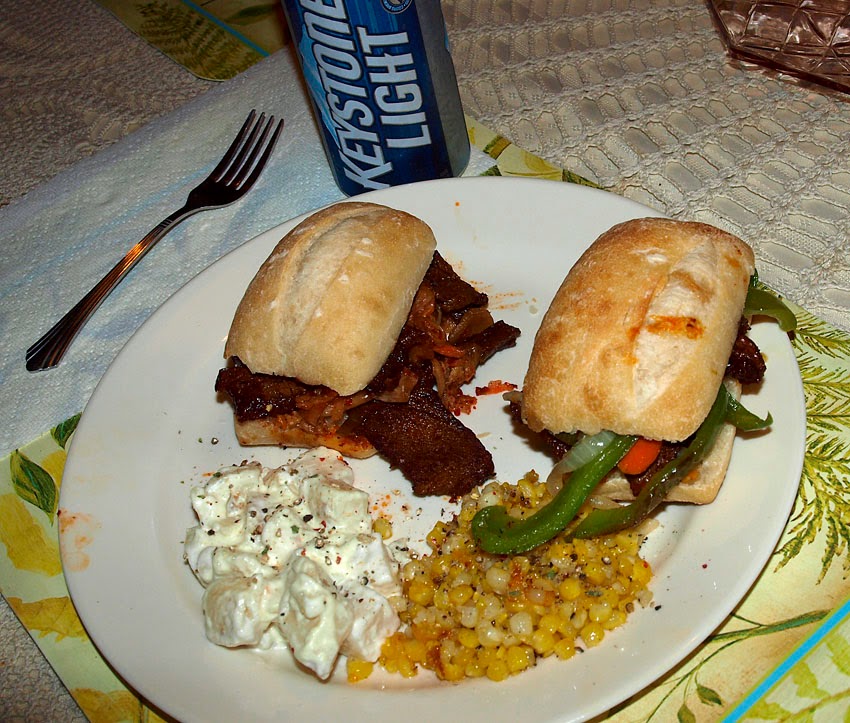