I had ripe tomatoes from the garden so that said have BLT’s! Getting back in the routine again after our anniversary outing I picked the grandson up from his school bus stop at 3:00. I planned on supper when his Mom came from work.

I had some onion poppy seed ciabatta buns for the sandwiches and used baby spinach instead of lettuce. I did the bacon up early on my Traeger pellet smoker. I had some Ore Ida cottage rounds, tater tots, to have and grilled a portabella mushroom brushed with olive oil and some WOW seasoning and made the daughter in law a sandwich with it and a slice of tomato. For the rest it was BLT’s with mayo.

I sprayed the tater tots with olive oil and some WOW seasoning and did them on my Weber gas grill on medium. When they had been on about 15 minutes I grilled the portabella mushroom a few minutes on each side then put it and the tater tots on the warming shelf and toasted the ciabatta buns.

It all tasted good; BLT’s are always good! 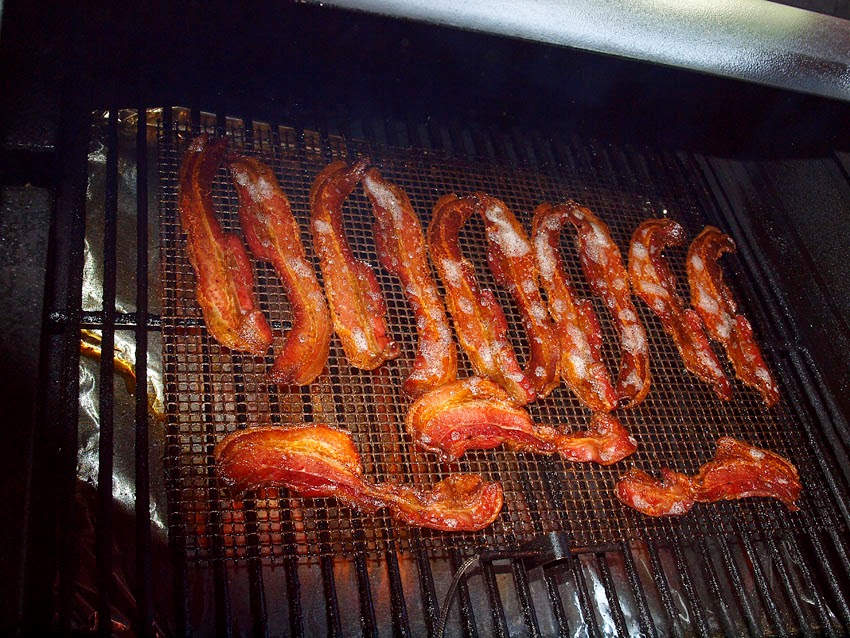 Finishing on the Weber 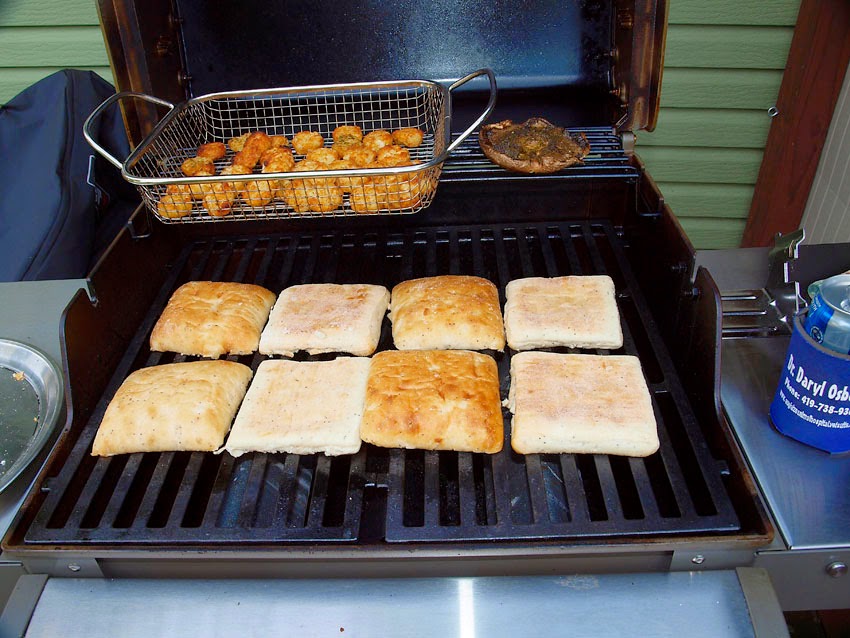 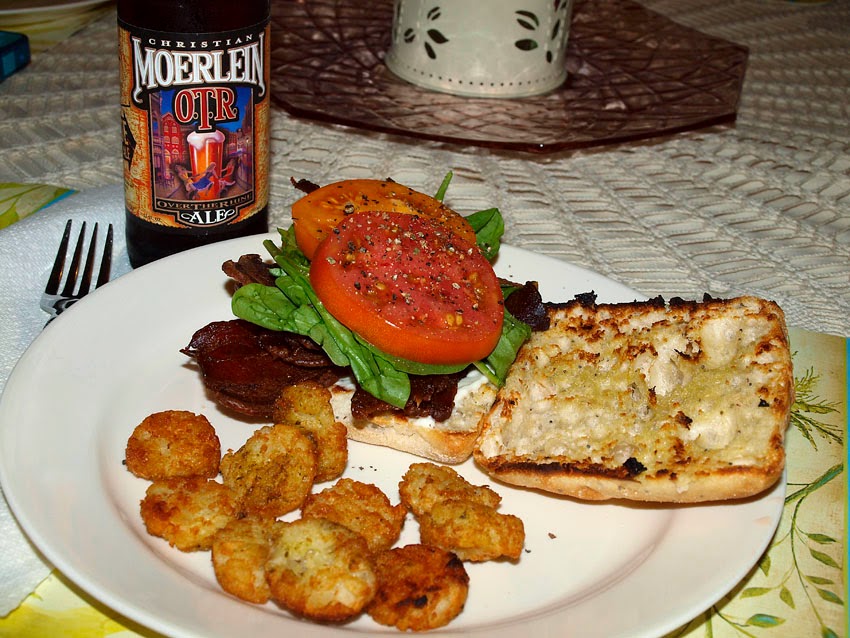