Yesterday morning I had to get some corn for a shrimp boil today. It was a good thing; it was Sutter’s last day for their Wapakoneta veggie stand. It was not because they are out of corn but out of college kids to pick corn and man their stands. If I want to put any up for the winter I will have to go to Lima for the corn.

I got a half doz. for the boil but only need 3 since it’s just the wife and I. I blanched the other 3 and vacuum sealed to freeze and see how they would taste later. I told the wife it was a lot of work for 3 ears of corn! I have never bought any frozen on the cob I liked so just wanted to see how it will taste.

I had leftover rotisserie pork loin and baby spinach from making my couscous salad. I thought a loin sandwich, spinach salad and some fresh garden tomatoes would be good for supper.

I baked a take home and bake baguette and sliced it on a diagonal for the sandwiches. I did them on my Weber gas grill and grill grates. I wanted a Tatonka onion slice on mine so tooth picked one to keep it together on the grill and some Tatonka Dust on both sides. The loin had been moist enough I thought it would be OK re-heating on the grill along with the onion and bread.

I had my grill heated to 450 deg. along with the grill grates. I put the onion on a few minutes before the rest. It went pretty fast since all was only on about 2 minutes before turning and then added some gorgonzola to the loin to melt for a minute.

For the salad I had some Champaign dressing and garlic herb toasted onions for topping. I had some sliced garden fresh tomatoes for another side. I had some mustard on my sandwich and did remove the tooth picks from the onion before eating!

We both thought it was pretty good for leftovers and loved the gorgonzola on the pork.

The corn to freeze 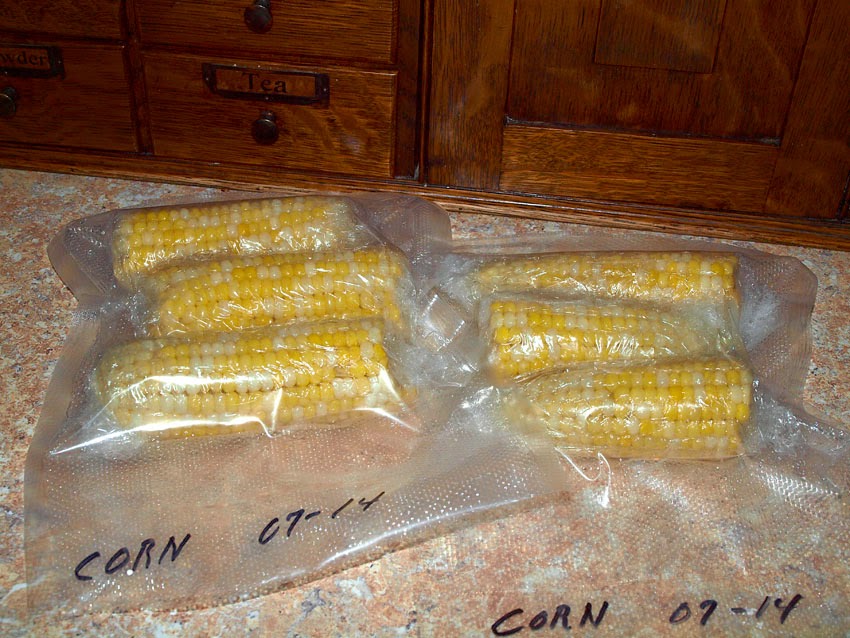 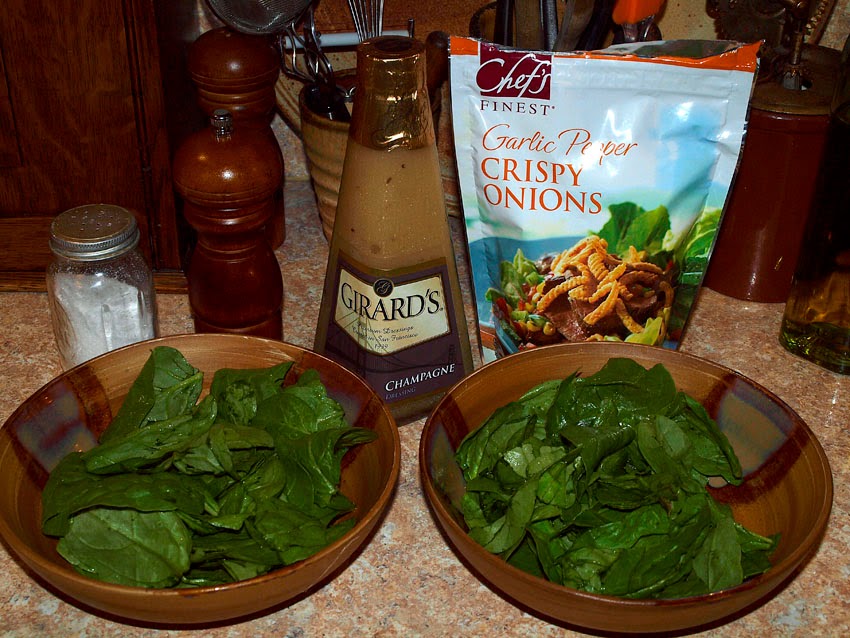 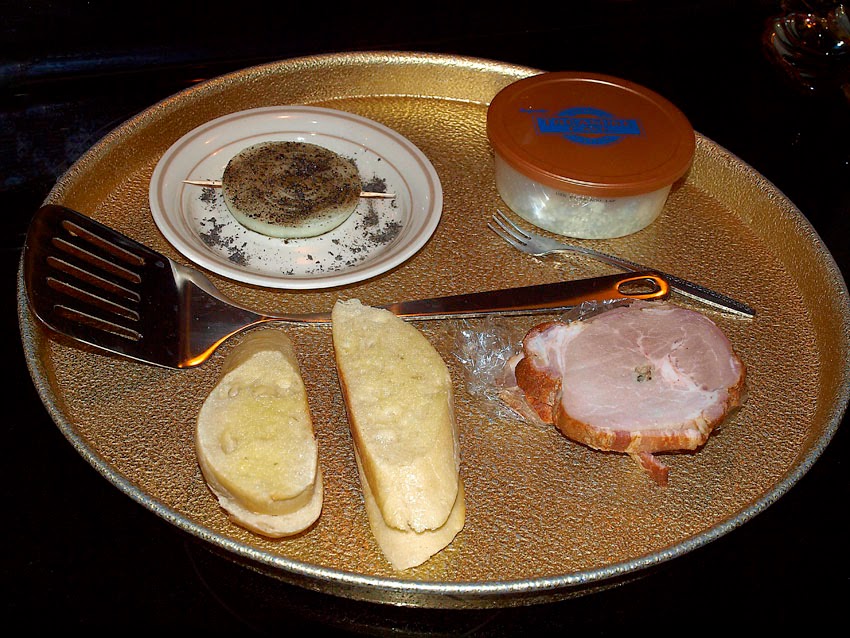 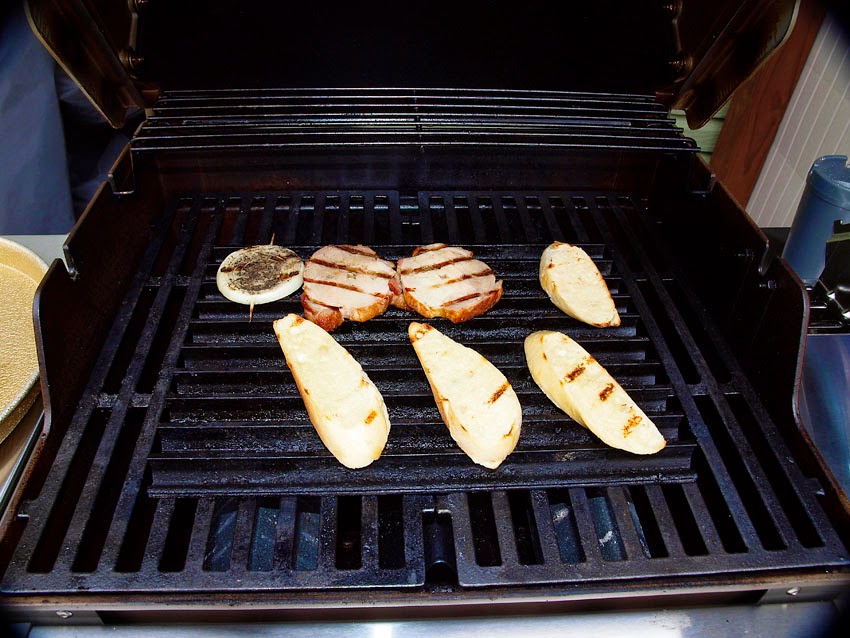 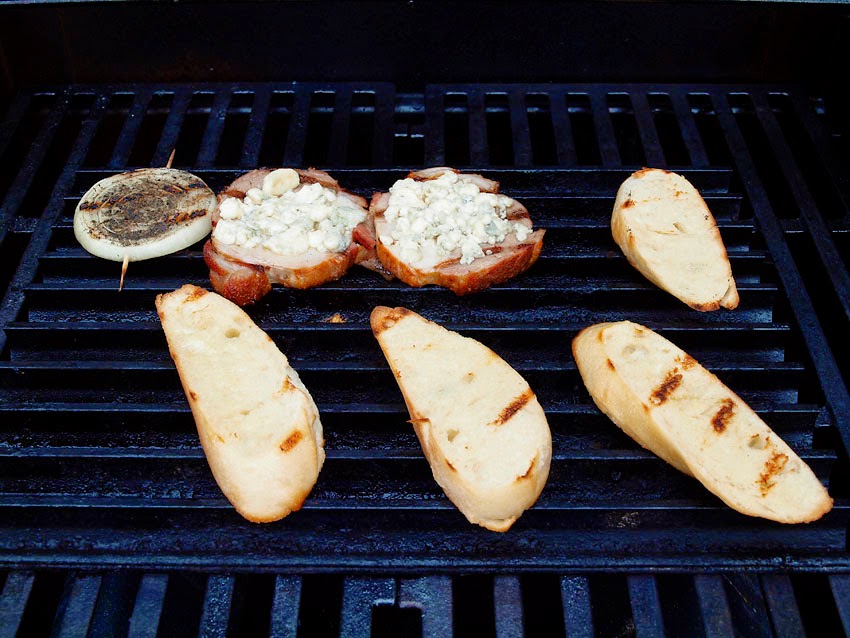 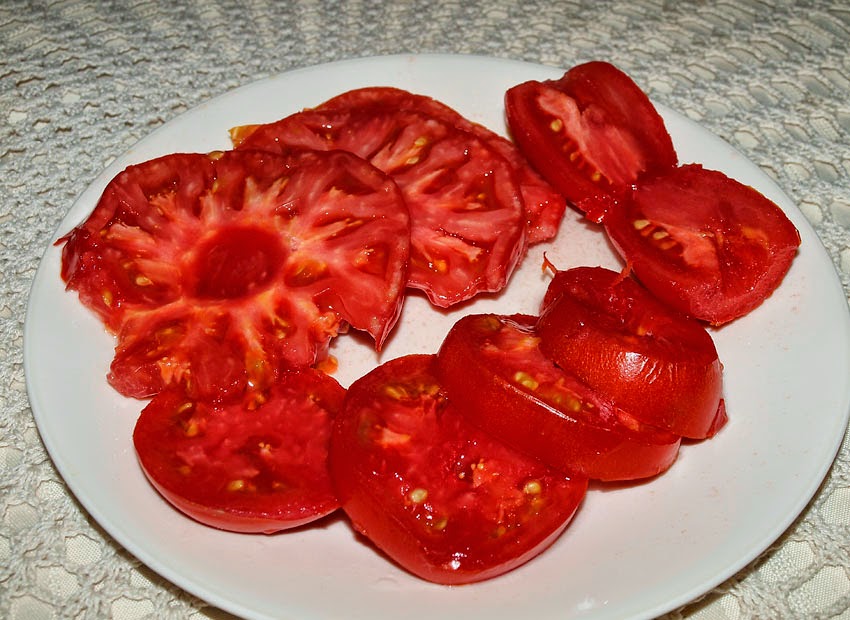 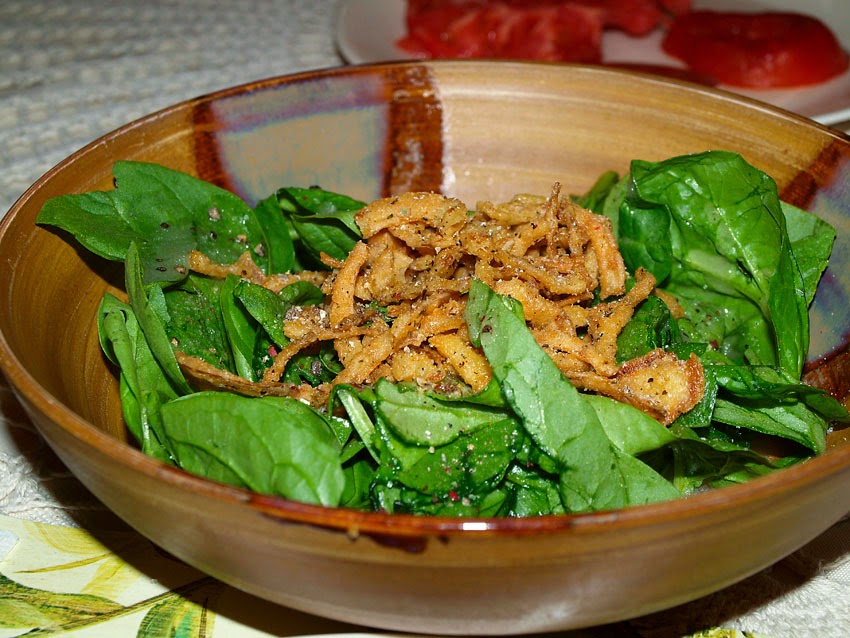 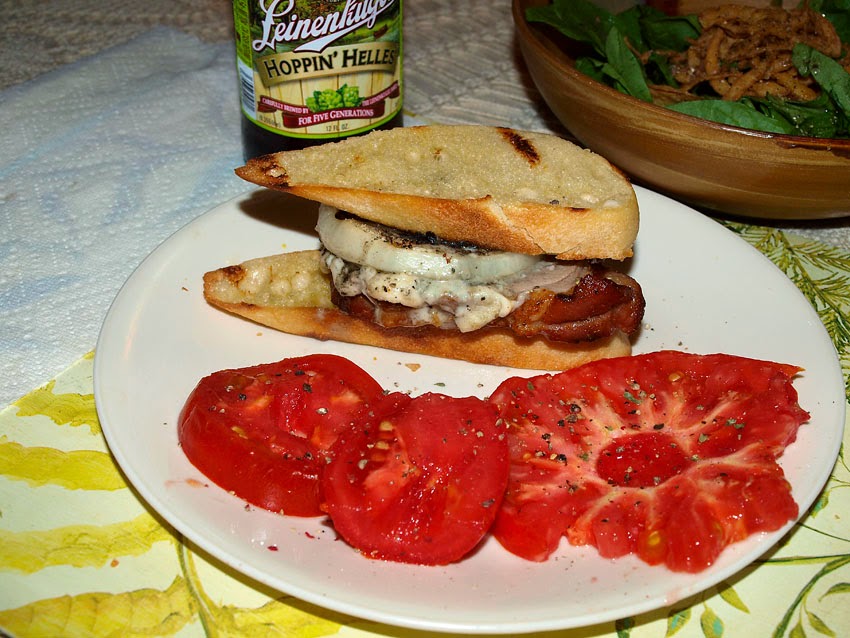