Our son had to work so I invited the daughter in law and grandson down for kabobs. I bought my Weber Jumbo Joe last year and did one cook with it. I decided it was time to use it again before summer is over!

I found a good marinade recipe by Sandra Lee of Food Network; sounded good. I cut up breast meat for all and some thigh meat for me. It went in a marinade of Mae Ploy’s sweet chili sauce, pineapple juice soy sauce and garlic for about 3 hours before cooking. For the veggie kabobs I had yellow squash, cherry tomatoes, baby bella mushrooms, Vidalia onions and red pepper. I brushed them with butter and some WOW, Savors Way Out West seasoning just before putting on the grill.

The daughter in law and grandson showed up at 6:00 and she had some good bean salad with her fresh tomatoes and basil in. I had the charcoal lit and some Zatarain’s yellow rice in the rice cooker. I got their breast meat and veggie kabobs made up and on the grill with grill grates; I did not have to worry about flare ups.

It took about 10 minutes per side to get the chicken up to temp. I took theirs in and then made up my thigh meat and veggie kabobs and got them done. It all tasted great, everyone liked the chicken. I had some extra Mae Ploys to dip mine in and liked the bean salad. It’s been a while since I had kabobs and the marinade is a keeper for me.

All set to grill 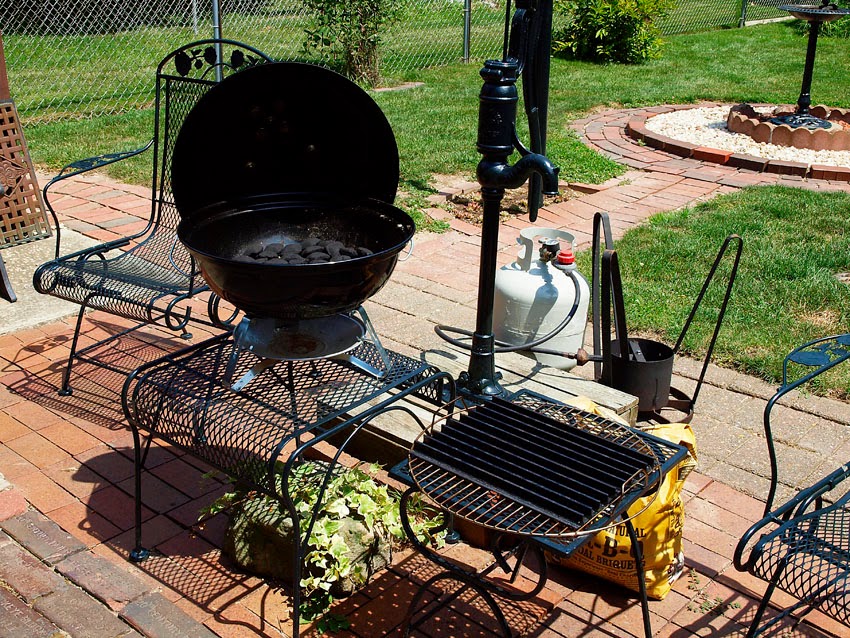 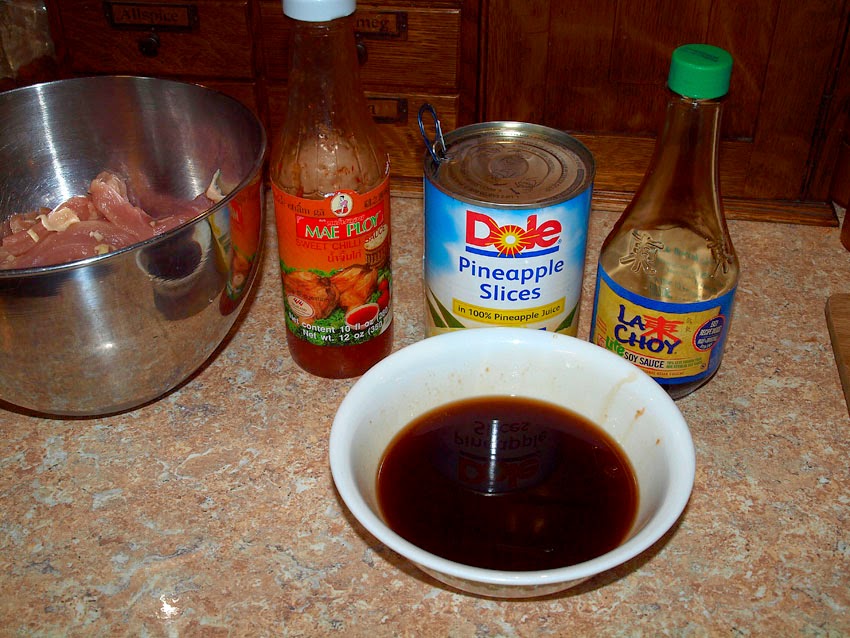 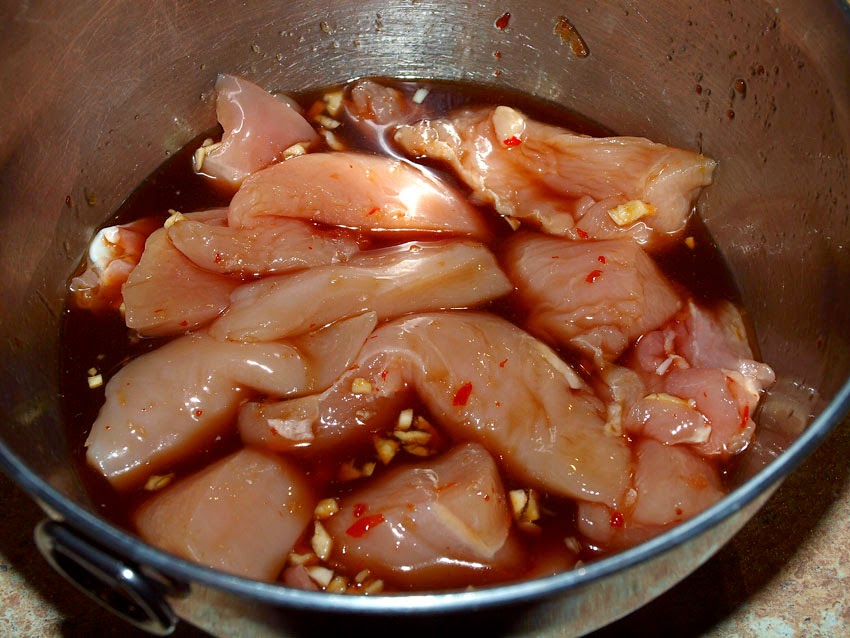 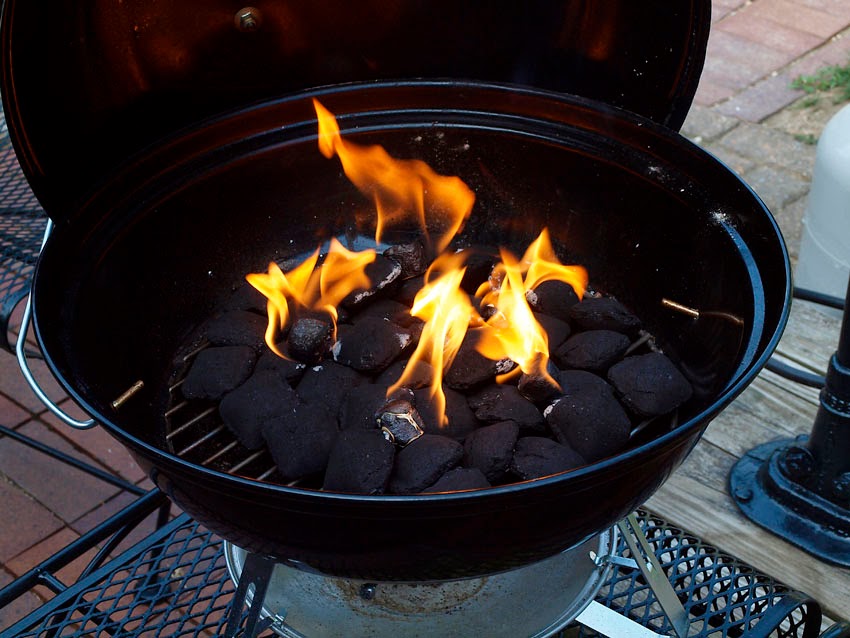 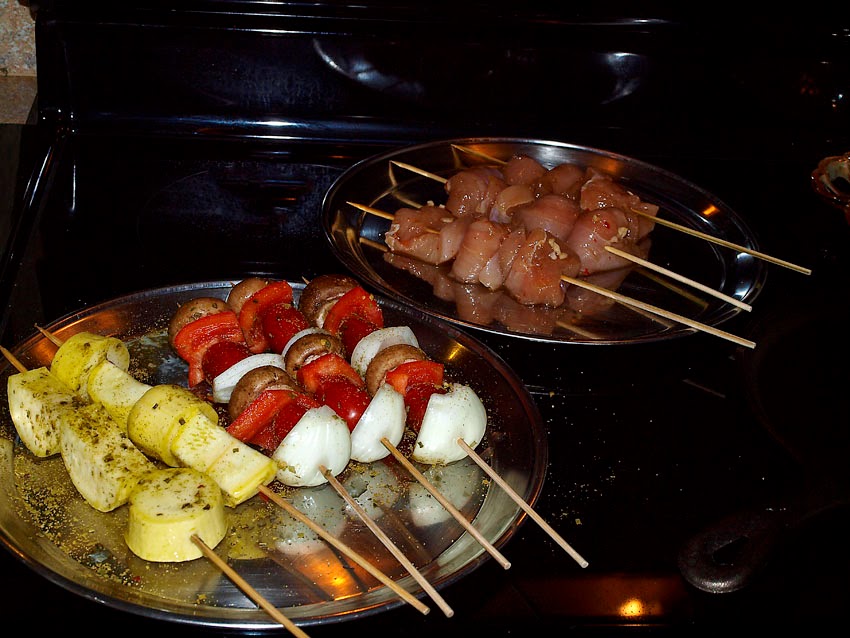 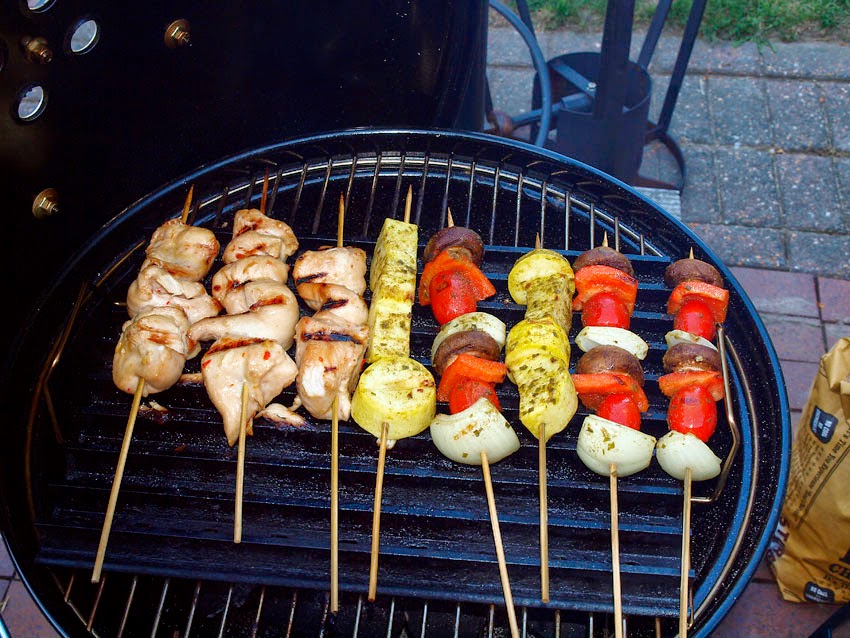 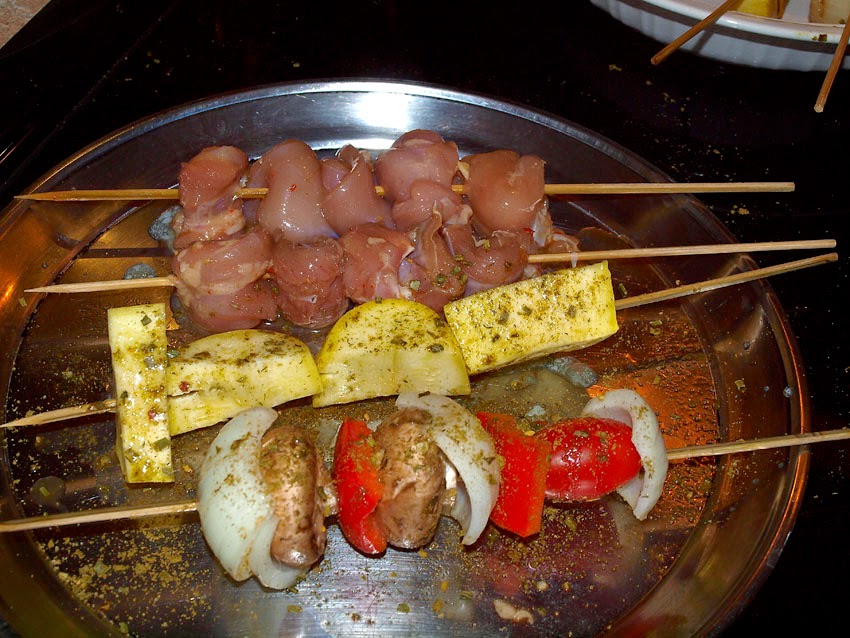 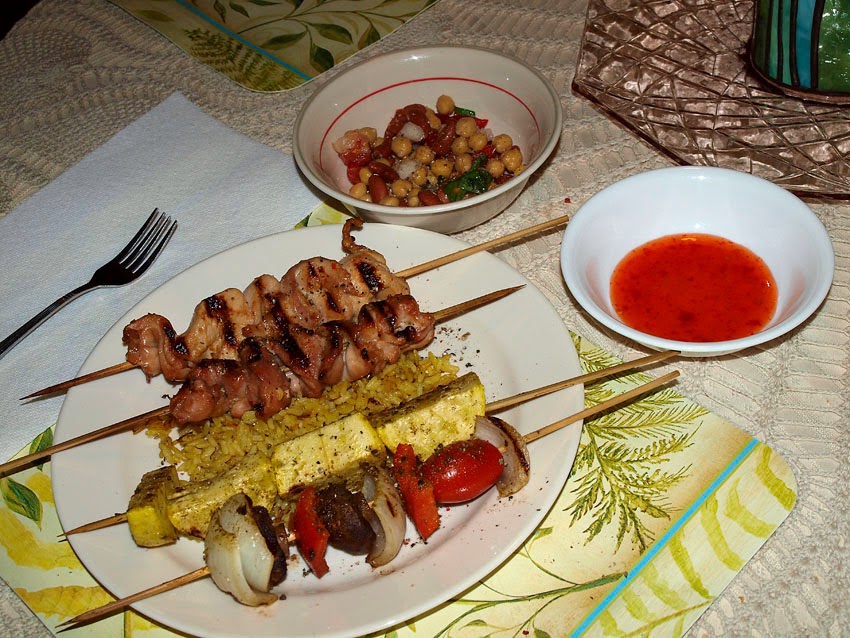