I had an overload of ripe tomatoes from my garden to use so I made up this recipe for supper tonight. My wife had to go to church at 6:00 for a meet the new minister’s wife party so I did it up early so she could eat at 5:00. I thought the daughter in law would stop to eat or take some home with her. I will have to see that she gets some tomorrow, there’s a bunch left! My son does not like tomatoes but the grandson will probably eat some. I don’t think it would freeze well.

I had a half a smoked chicken left so I removed it from the bones and sliced to go with the casserole. The wife and I both thought it was pretty darned good. It would go with any BBQ meat or a nice dish if you have someone that is vegetarian to serve.

I was pretty basic with just salt and pepper for seasoning so you could add your choice. Diced sweet or green onions, diced red peppers, thin sliced fresh basil or any mix of these I think would work well. I took my gravy to a medium thickness and next time may let get thicker.

If you brown up the cheese under the broiler at the end like I did be careful. I let mine almost go to the burn stage! I should know better to watch closely as it can go from a nice brown to burnt in about 5 seconds! 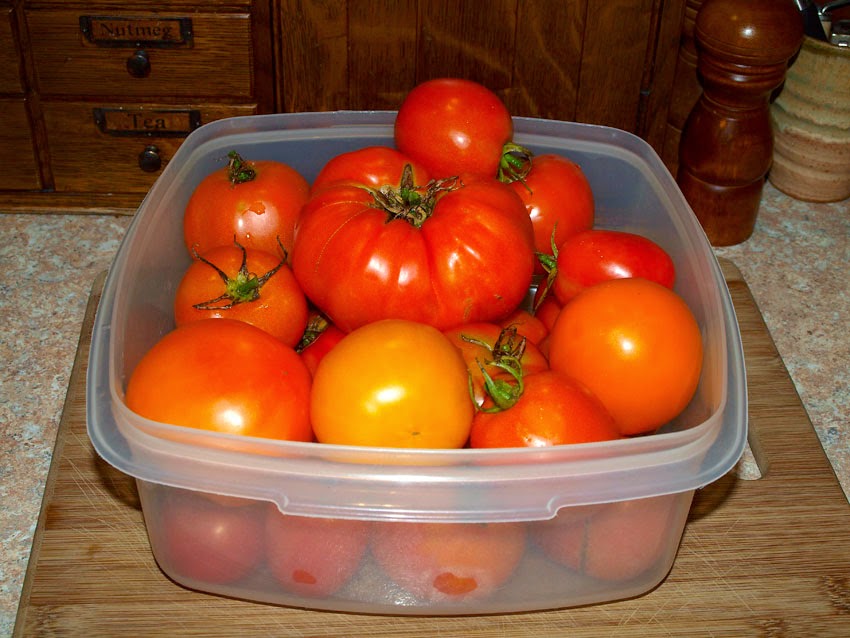 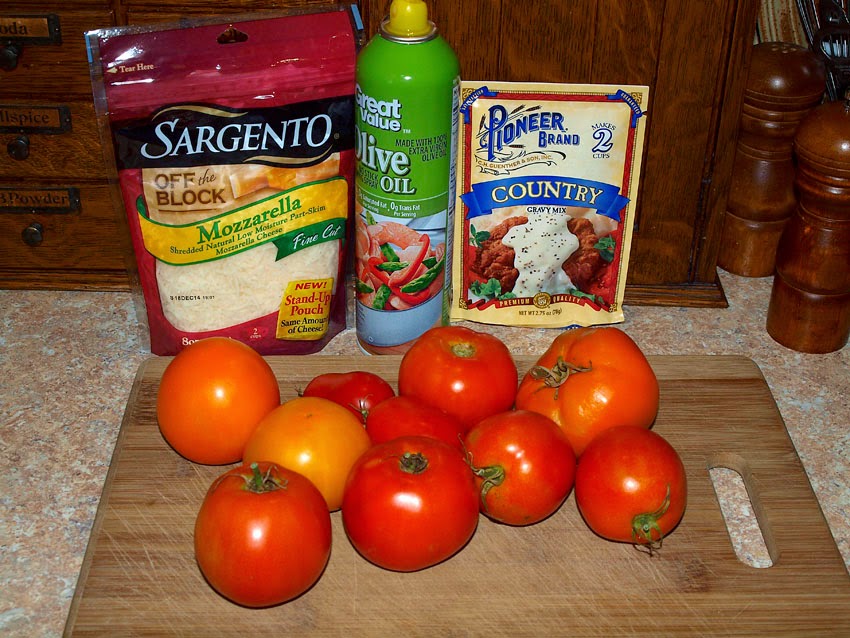 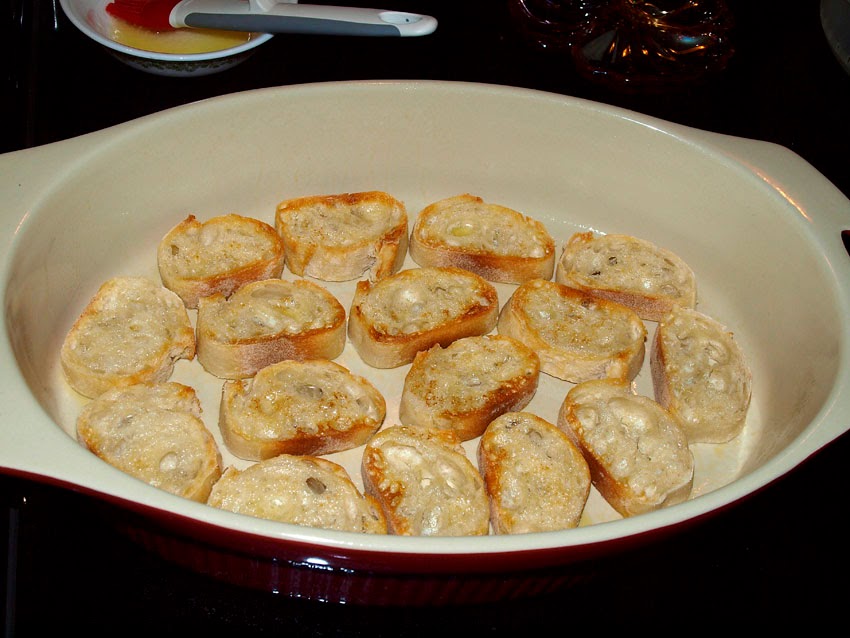 A layer of tomatoes, seasoned 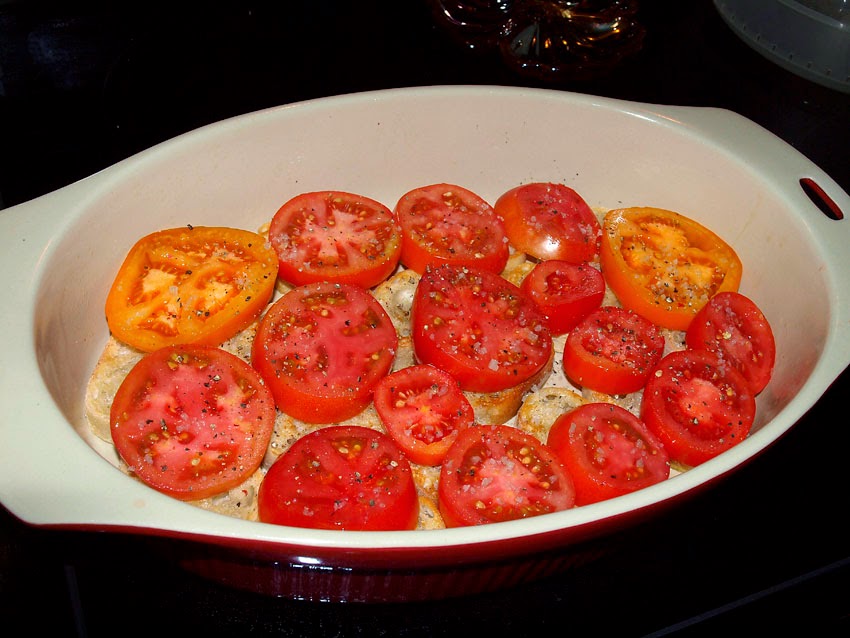 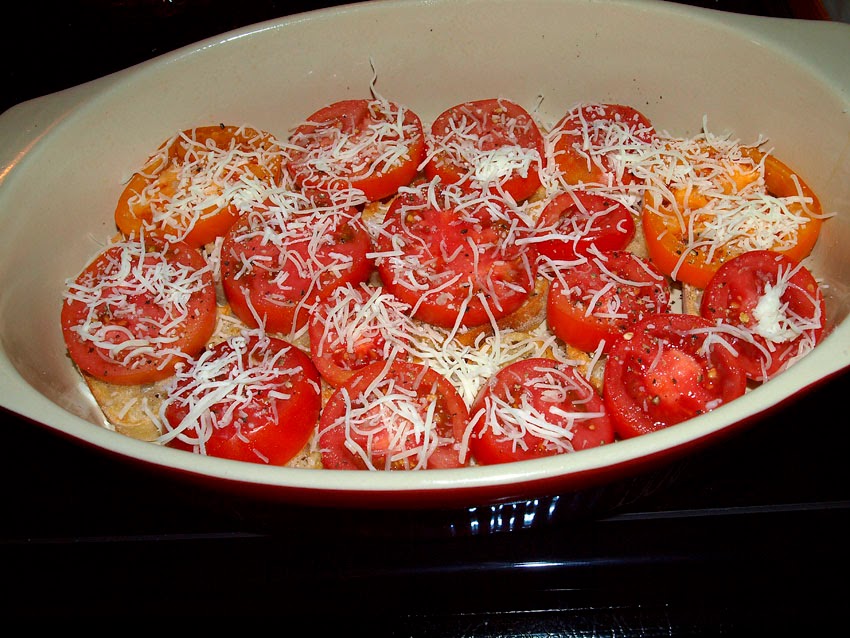 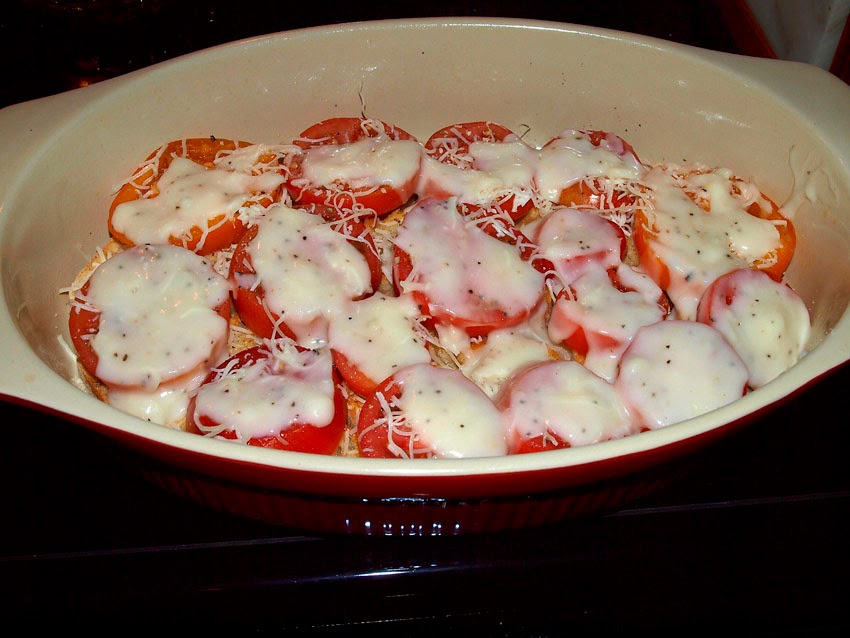 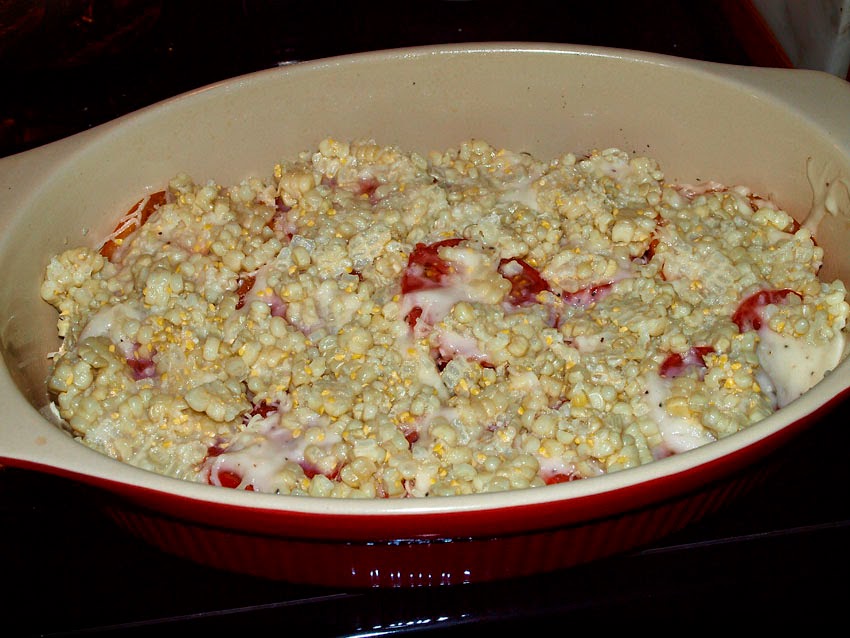 Rest of the gravy and a layer of tomatoes 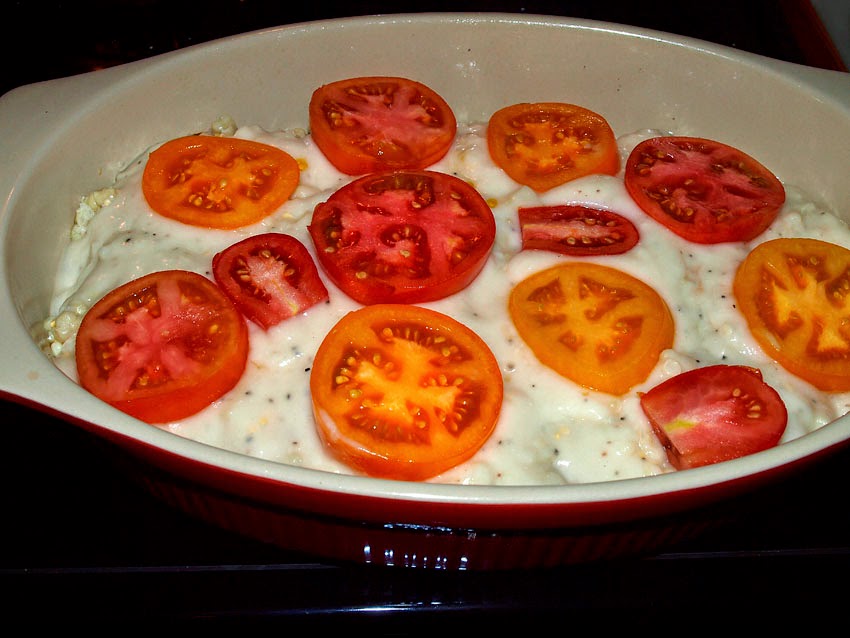 Baked 40 minutes and added the rest of the cheese 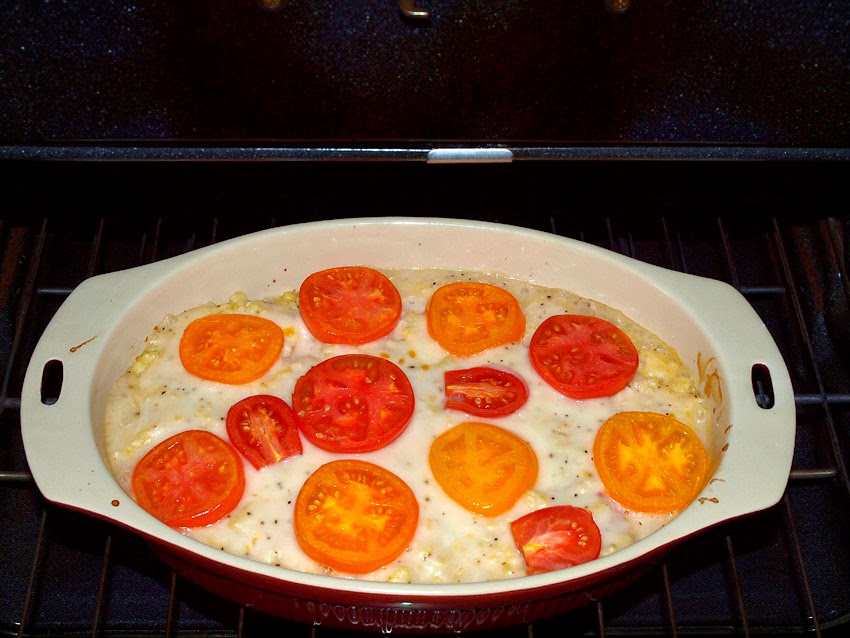 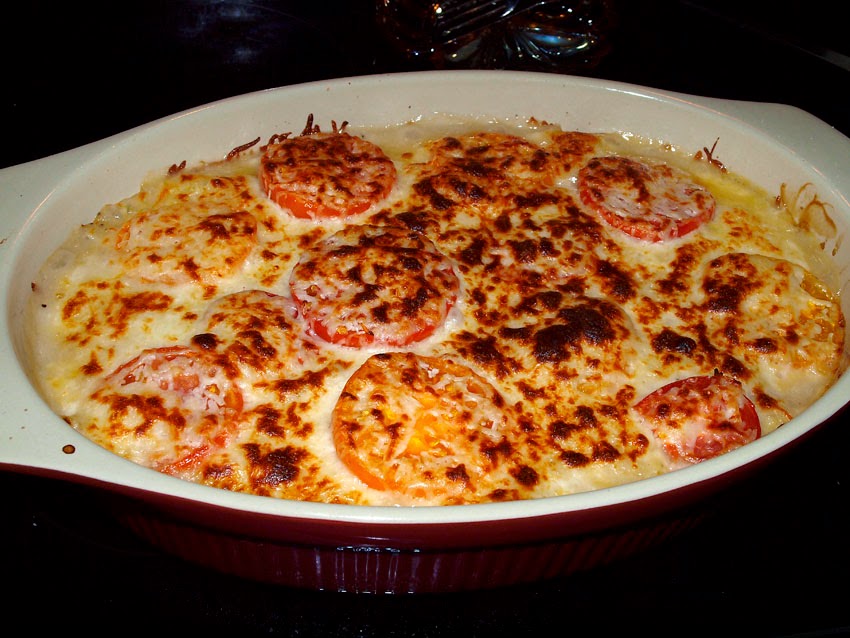 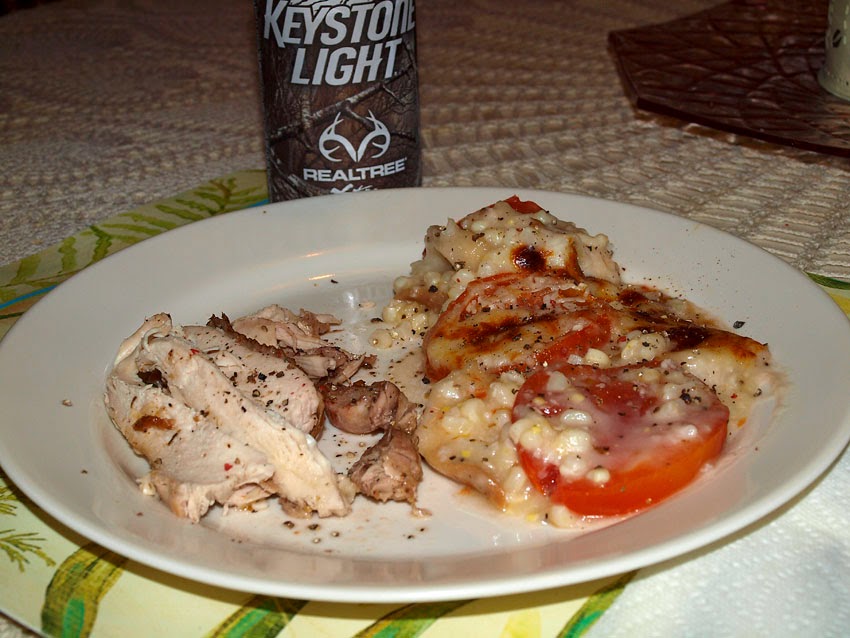