It was another cool Aug. day here. I wanted to do my fajitas outside but it was rainy by late afternoon; so this was done in cast iron but inside stovetop.

I am supposed to get my wide skewers tomorrow so went to my butchers for some ground chuck. I want to try Ahron, Africanmeat’s recipe for some Eastern kabobs for supper. I also got a 2 ¼ lb. pork loin and some bacon. I want to use it on my Weber rotisserie.

After lunch I got the ground chuck mixed up and in the fridge overnight for the kabobs. I had a large chicken breast half and 3 thighs left for the fajitas. After I got the breast cut up that was plenty just for the wife and I so the thighs went in the freezer.

I got the breast meat seasoned with some chili powder, cumin and garlic flakes. It looked a little dry so added about a tablespoon of ketchup to moisten some. It went in the fridge for about 3 hours before cooking. For an appetizer I was fixing a favorite; baked Borsin cheese and marinara sauce with toasted pita bread for dipping. I was using the pita bread for the fajitas too.

My wife came home from an auction about 3:30; she only spent $20 so I got off cheap! She said she was hungry so told her I would do the appetizer at 5:00 and then fix the fajitas. I got the appetizer in the oven at 350 deg. for 15 minutes and then turned the oven off and turned the broiler on. I toasted two pita breads and cut in wedges. I pulled the appetizer out when the cheese was getting brown; about 4 minutes. I snipped some fresh chives for on top.

We sat down and had our fill of that; it was good! After a short rest I started the fajitas. I cooked the chicken, med. high, in some olive oil until browned and then removed. I added in some sliced red peppers and onion and went to med. heat. When the onions were clear I added two small tomatoes cut in thin wedges. The juice from them deglazed the skillet some. The tomatoes were from my garden, not quite ripe but the taste was good.

I let that all heat up some and then added the chicken back in. While that all was getting happy I sprayed two pita breads with olive oil and toasted on my cast iron griddle; about 2 minutes per side. I served the fajitas with a little sour cream on top. My wife agreed that it tasted pretty darn good! 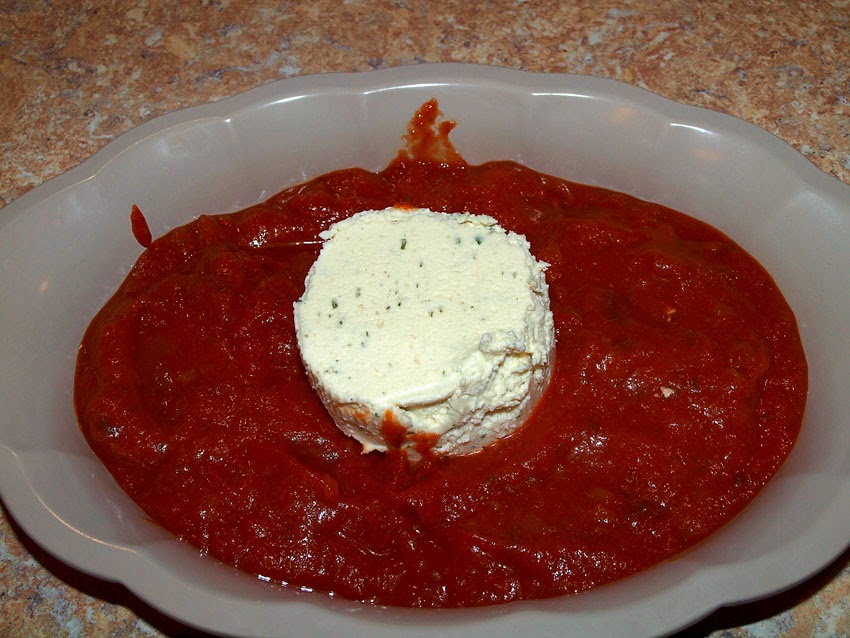 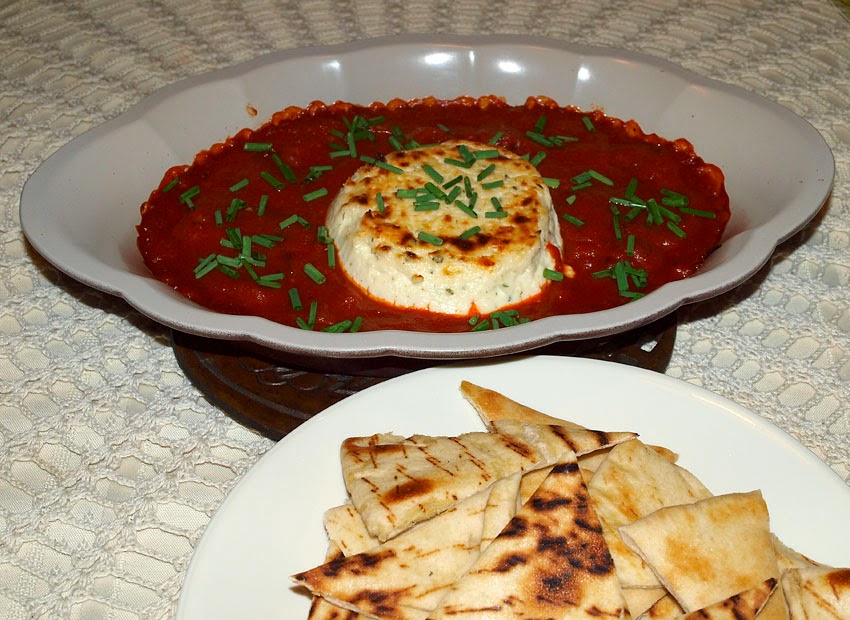 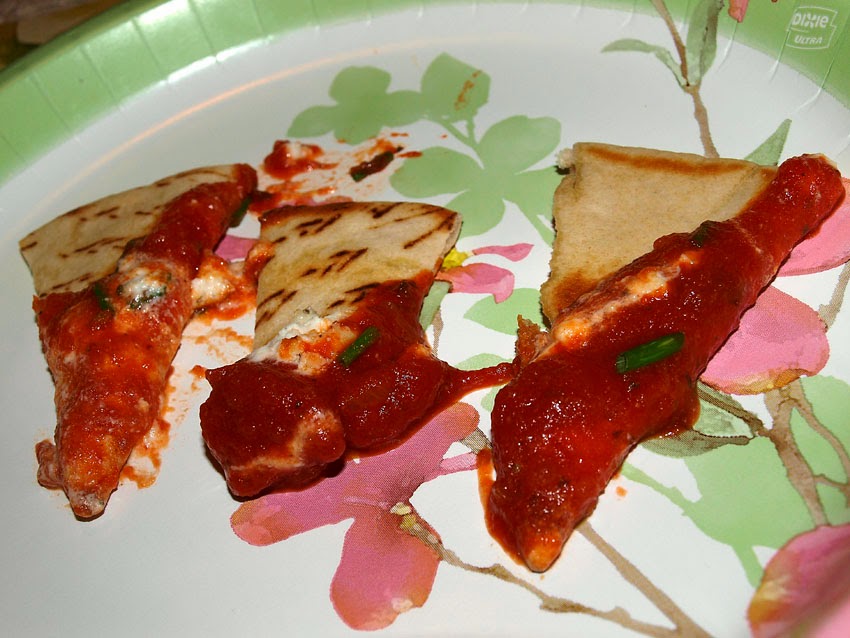 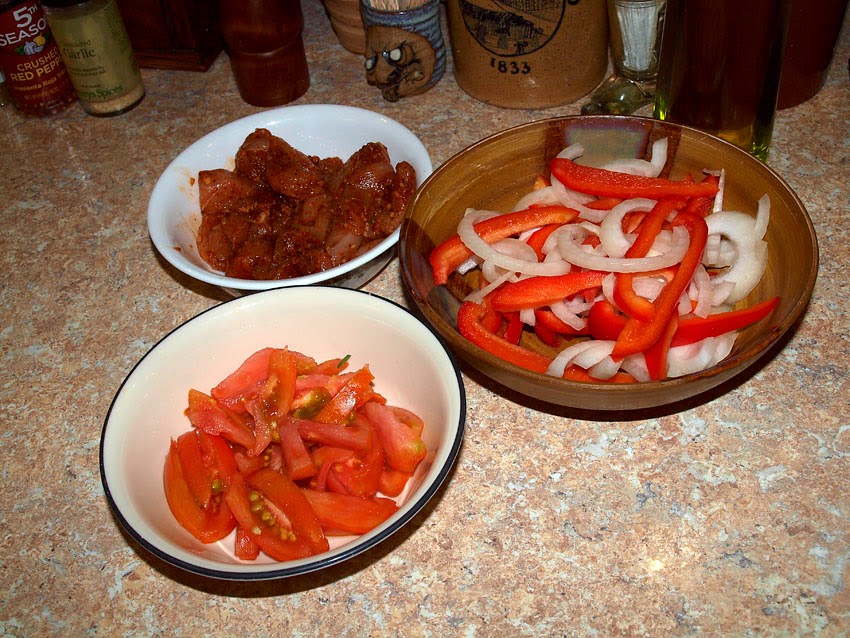 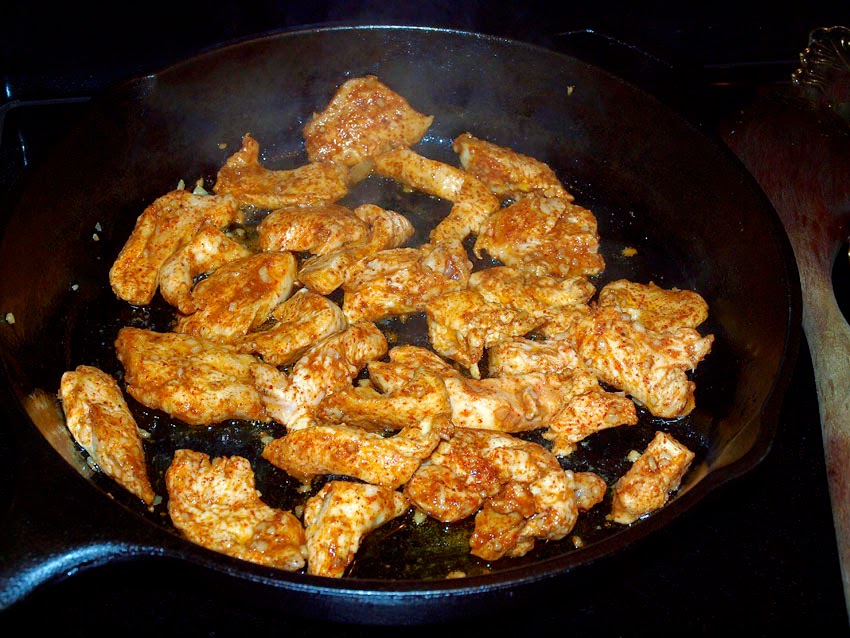 Red peppers and onions in 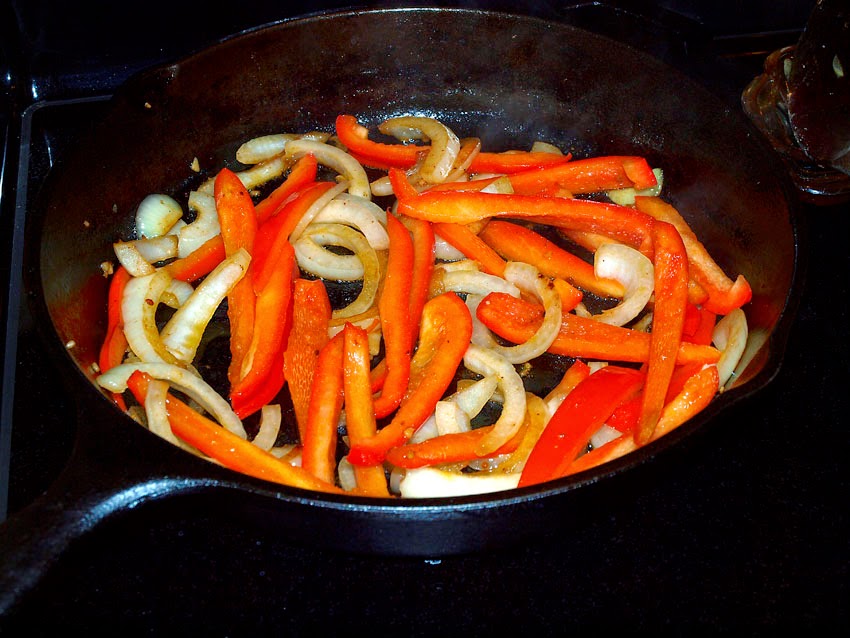 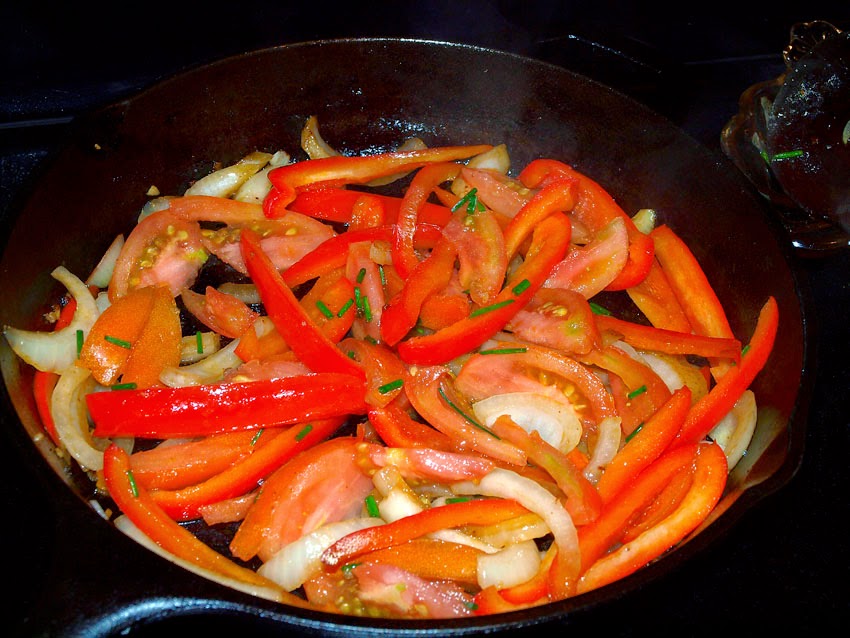 Chicken added back in 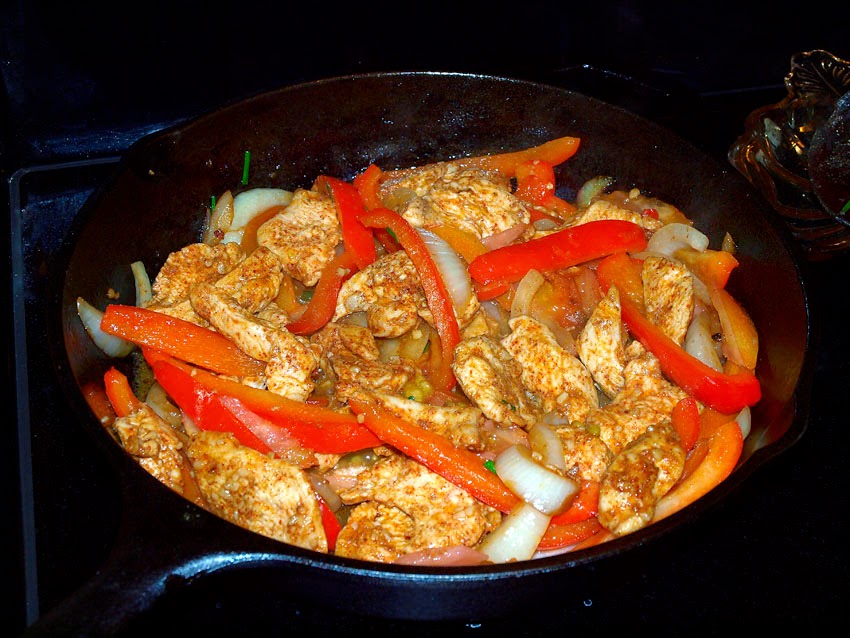 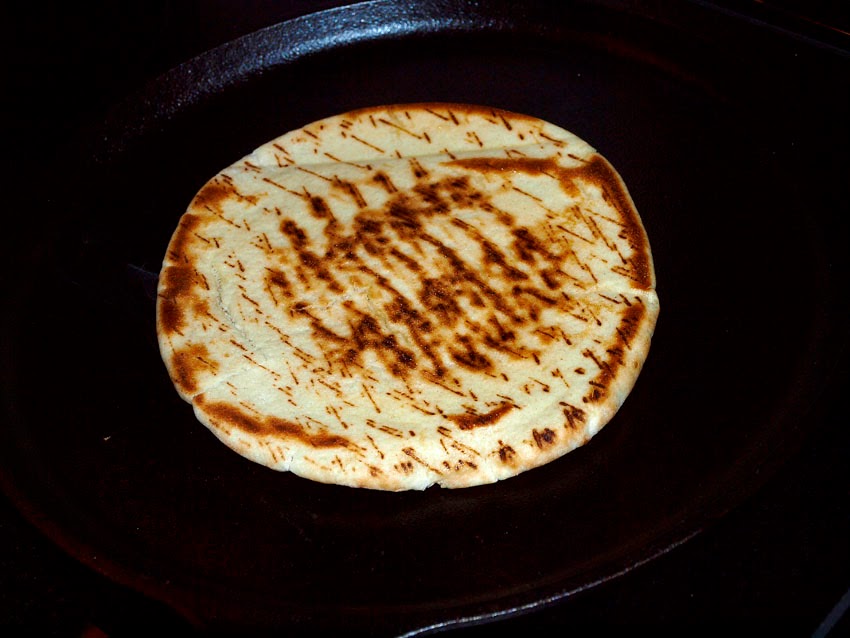 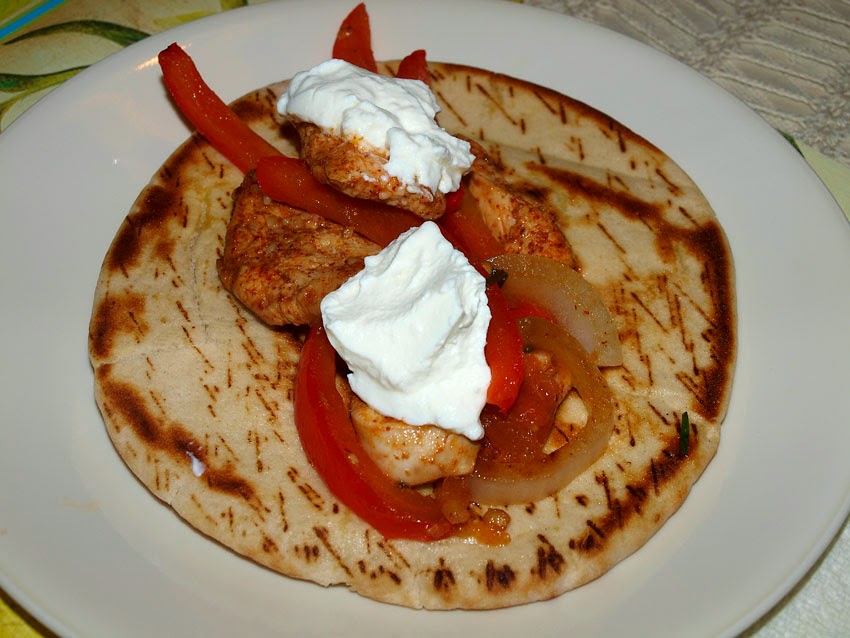