Yesterday I used my Weber rotisserie for the second time. The first was a chicken and this time it was a pork loin. I still want to do some beef on it before summers end. It has not been a hot July and Aug. here as usual. We have hardly used the air conditioner. It seems more like fall weather.

The loin had brined for 48 hours; a half gallon of water, 1/3 cup salt, 1/3 cup brown sugar, some molasses and 4 or 5 crushed cloves of garlic. I rinsed and dried it well and then scored the fat some. I tied a strip of bacon to the meat side. This will let it self-baste with bacon grease as it rotates. After I got it tied I seasoned with Savors Fine Swine and Bovine, wrapped in saran wrap and in the fridge for a few hours before cooking.

I wanted to do a whole cauliflower, coated with Hellmann’s mayo, parmesan and Penzey’s Sandwich Sprinkle. I also did a whole Vidalia onion, the top sliced off, center cored, some beef granules, butter and a lot of Tatonka Dust. I did some Ore Ida cottage rounds, flattened tater tots!

I figured about an hour and a half for the loin with the Weber at 325 to 350 deg. and an hour for the cauliflower on my Traeger at 325 deg. grill level.  After an hour the loin was at 130 deg. IT so I went to medium heat for the last 20 minutes to finish and brown up. The Weber was at 550 deg. when I took the loin off.

Right after I got the cauliflower on in a pan with a half cup of water, I put the onion and some frozen cottage rounds in a basket and got them on. The recipe for the cauliflower said 45 minutes at 325 deg. and the water would help steam the center. I had mine on for an hour and went to 350 deg. the last 20 minutes and it was not done enough. Next time I will nuke it some in the microwave first. It did taste good but not done enough for me.

I removed the loin from the spit, tented with foil and let rest while I cut the cauliflower and served it all up. We had some crusty bread with my gorgonzola, garlic and chive butter. I had two slices of the loin with some smoky horseradish sauce; it was tender and moist! I split the onion with the wife. I didn’t get a good picture of the onion but it was delicious, the Tatonka Dust was made to go with onions! I was worried the potatoes would be over-done but they were just right. That was a tasty meal! 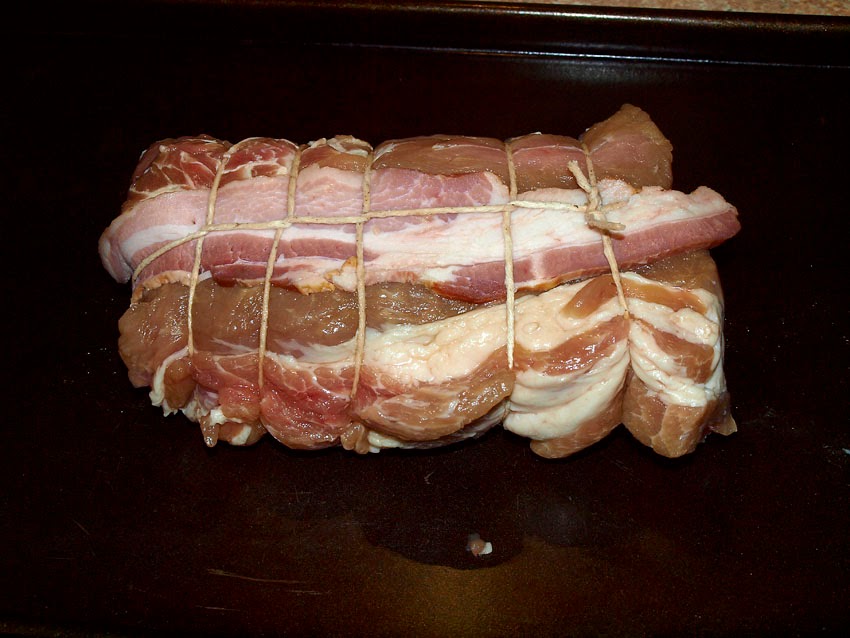 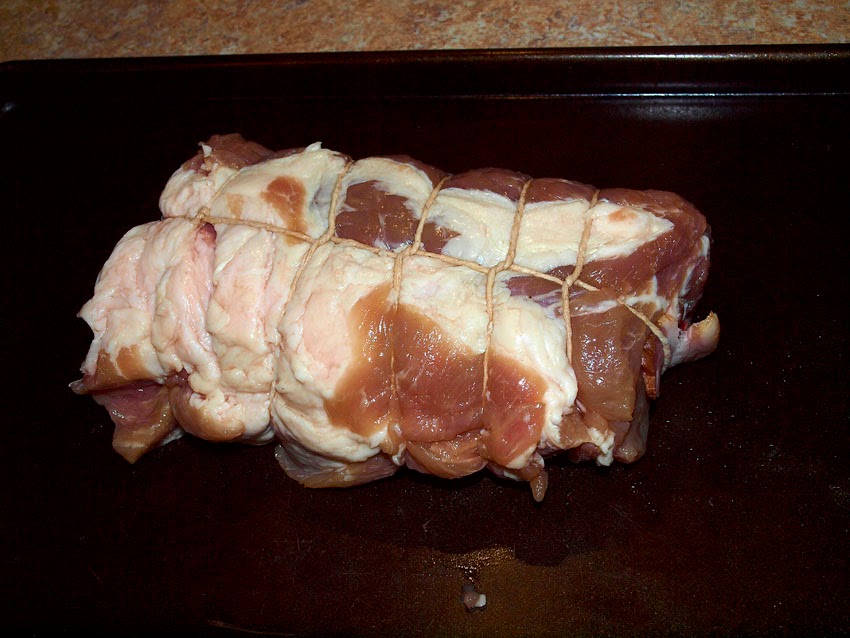 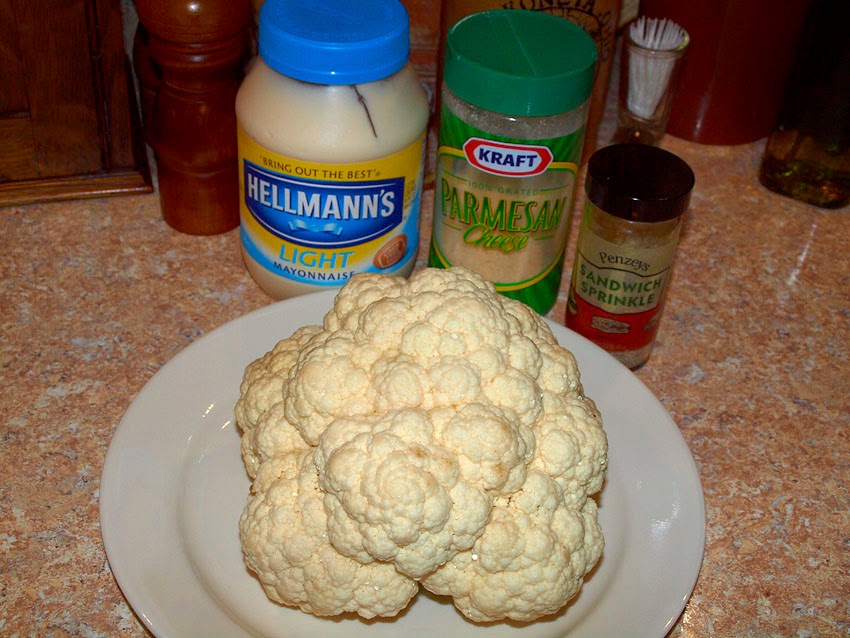 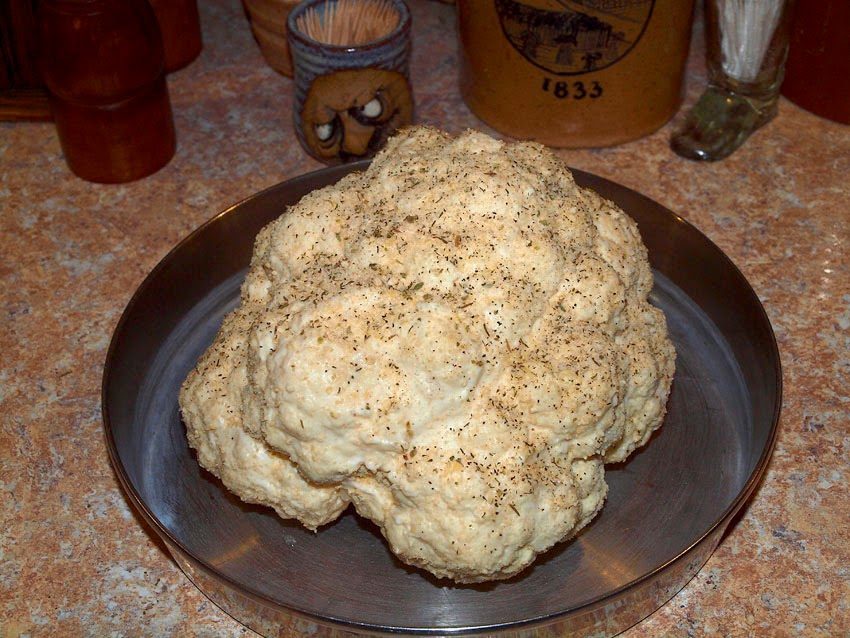 Loin on the Weber 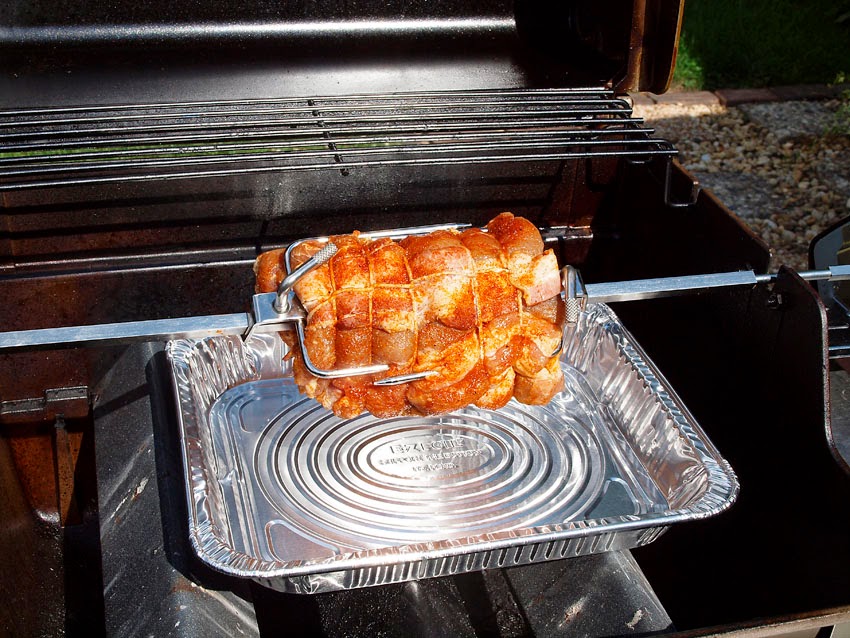 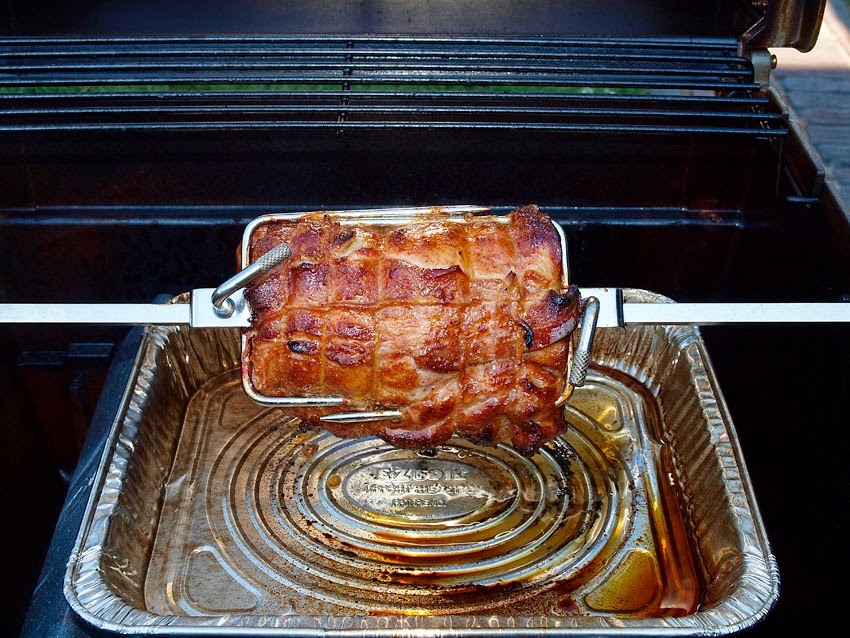 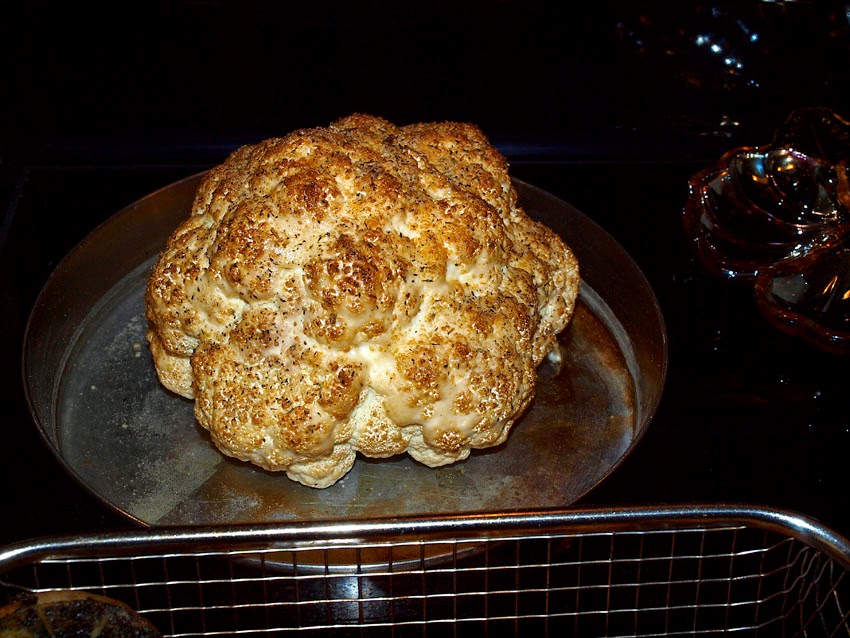 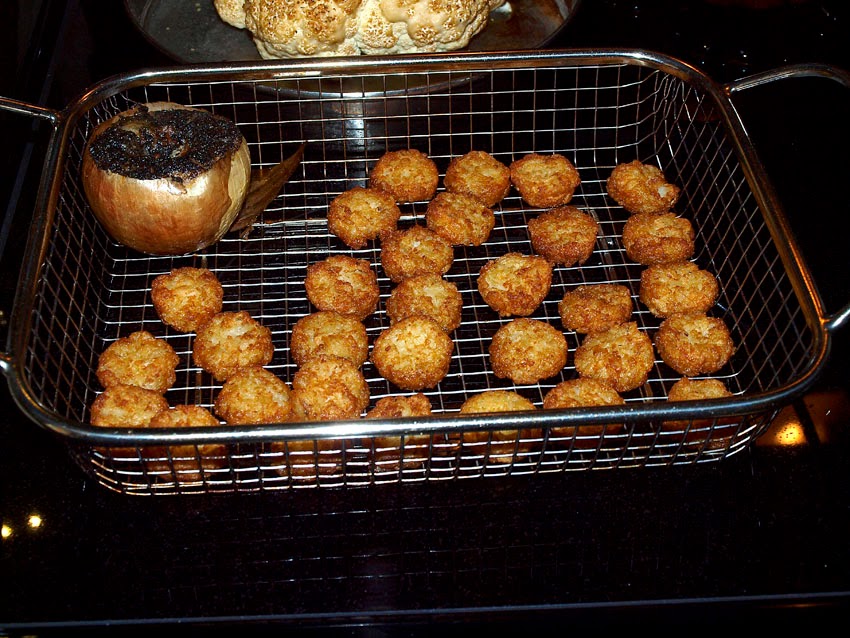 Ready to slice and serve 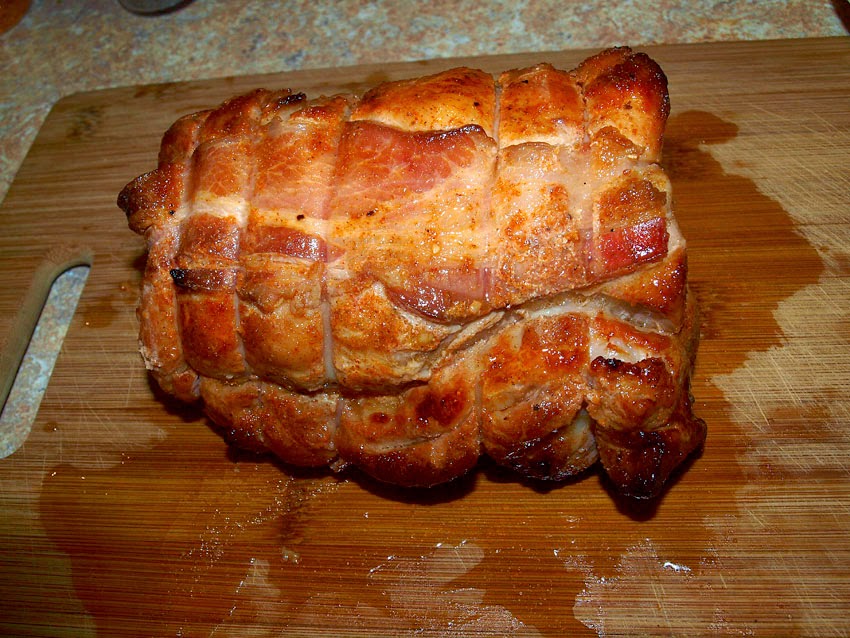 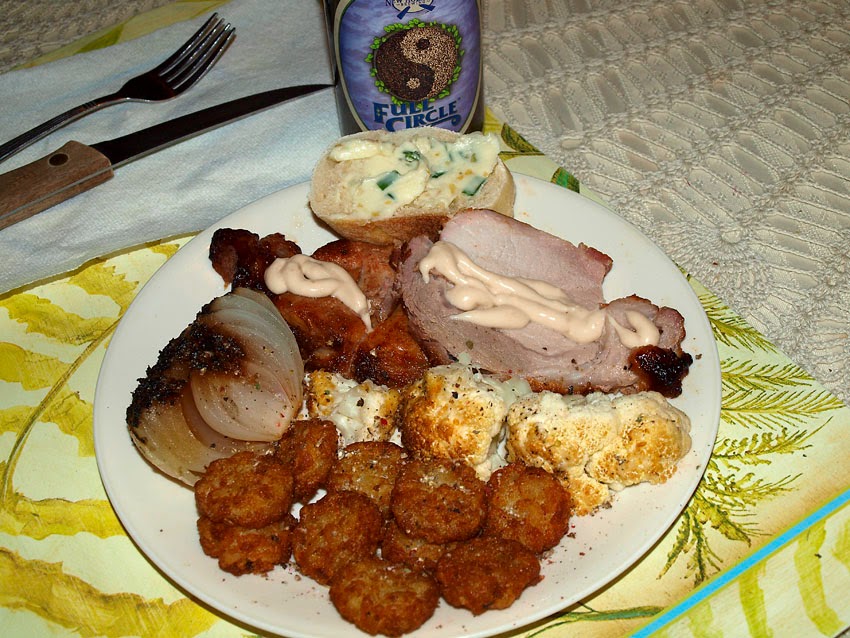