For tonight’s supper I was having BB Ribs with Apple butter BBQ sauce, creamy cider potato salad and Sutter’s corn on the cob. The BBQ sauce was Walnut Creek Foods from Walnut Creek, OH. I think that is up Cliff’s, Tenthunter’s way.

My potato salad I peeled and sliced some Burbank potatoes and boiled them with water to cover plus I added a cup of Apple Cider. I made up the potato salad about 11:00 and let it set, covered, in the fridge until supper time.

I had six ears of corn and wanted to try my large pot with a basket on my gas burner. The basket sets up 1 inch off the bottom so I figured I could use it to steam the corn; my favorite way for corn. If I need to do a bunch of corn I could get at least 18 stacked in set on end. It worked out well and the corn was delicious.

I wet the ribs down last night with a little apple cider vinegar then a generous amount of Savors, Fine Swine and Bovine rub. I wrapped in plastic wrap and in the fridge overnight.

I got the ribs on at 1:00 and planned on them to be done at 6:00. The first hour went fine held at about 180 deg. average. I upped the temp for the second hour and had trouble holding it down, went to 290 deg. for a while but then got it back to about 250 deg. At 2 hours I wrapped in foil adding 3 pats of butter and a ¼ cup of apple cider.

After an hour 45 minutes in the foil I unwrapped and they looked great; but when I put them back in the smoker they were falling apart. I did get them back on in two pieces. I sauced the back side and let sit 5 minutes, turned and sauced the meat side. I turned the smoker down to smoke mode and got my water boiling to do the corn. I told the wife we would be eating early!

All was done at 5:30 so took inside to serve it up. The ribs were delicious even though overdone. The sauce had some heat right out of the jar but was lost in the cooking.  The Fine Swine and Bovine rub went well with the sauce. I want to try it with some naked ribs soon.

My wife was not crazy about my potato salad but I loved it; maybe just needs some fine tuning. The corn was out of this world tender and sweet! 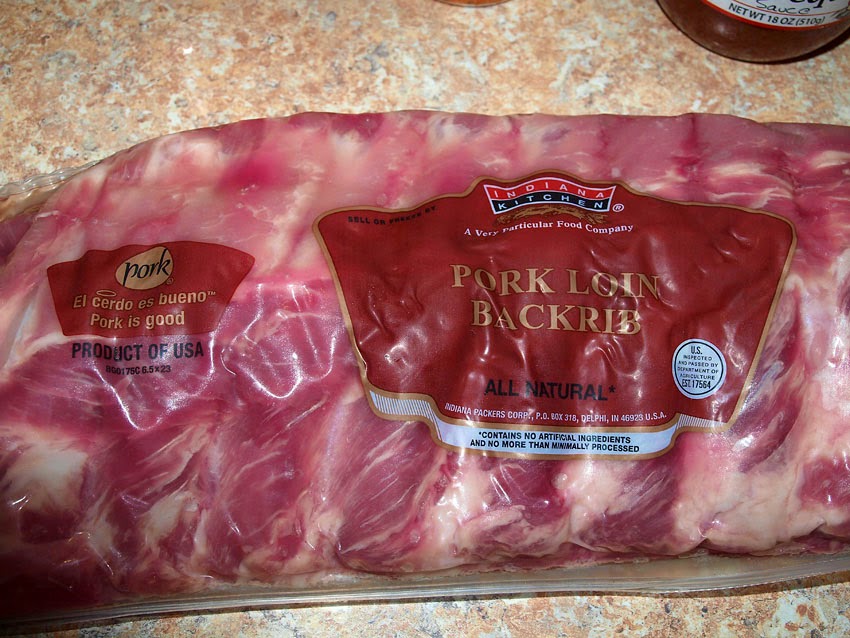 Ready for the fridge overnight 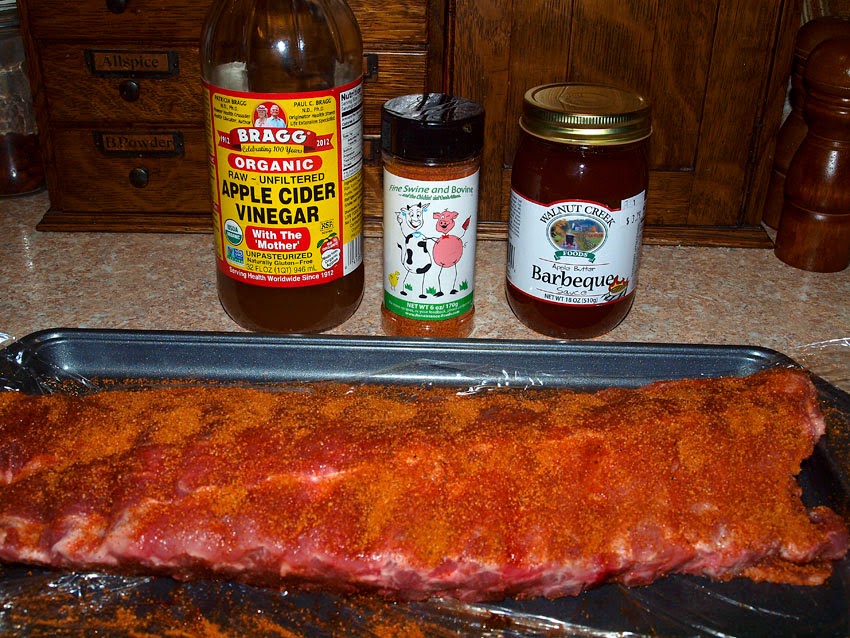 For the potato salad 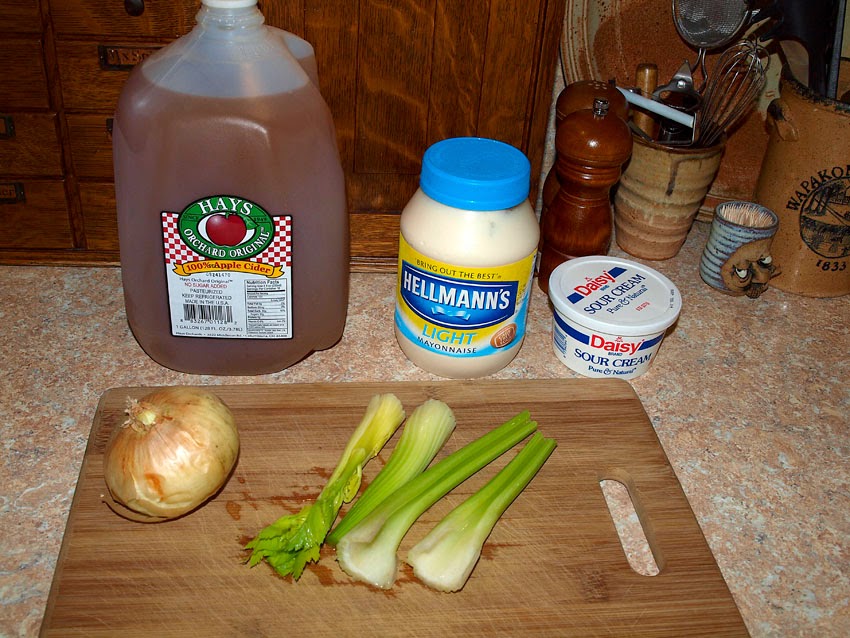 Cooking the potatoes with apple cider 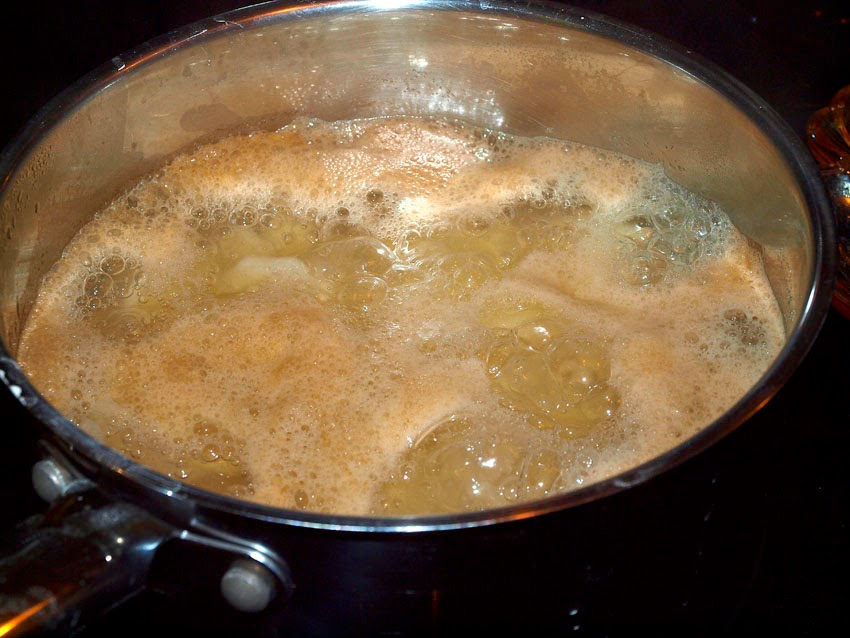 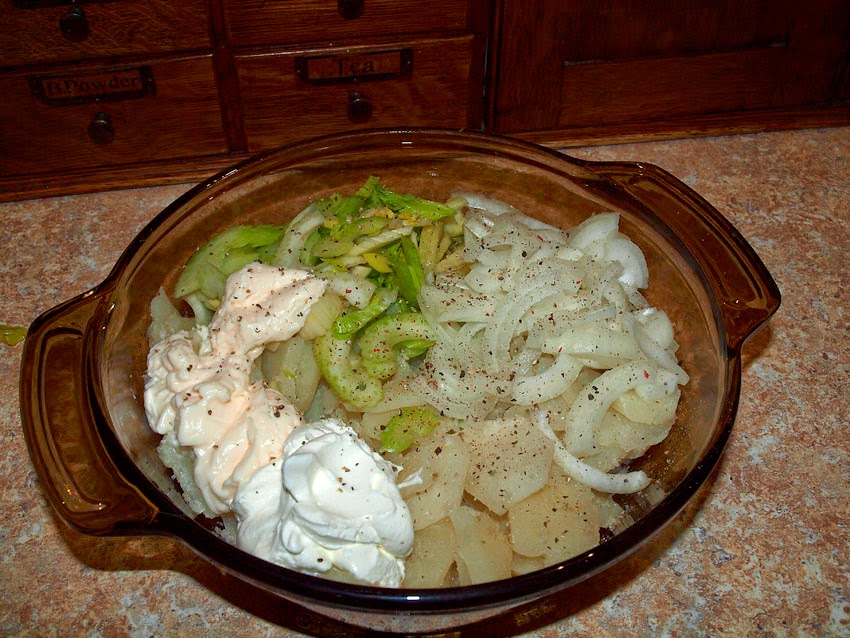 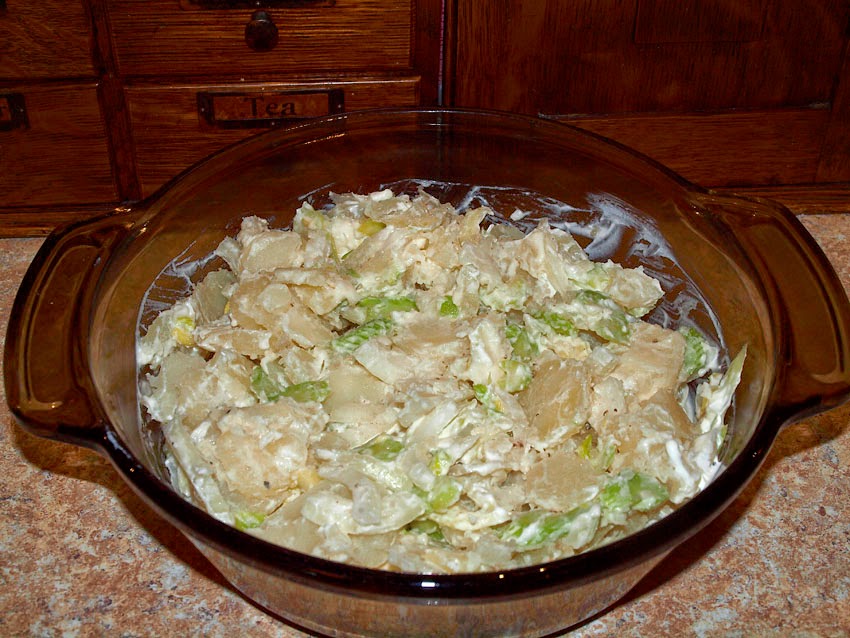 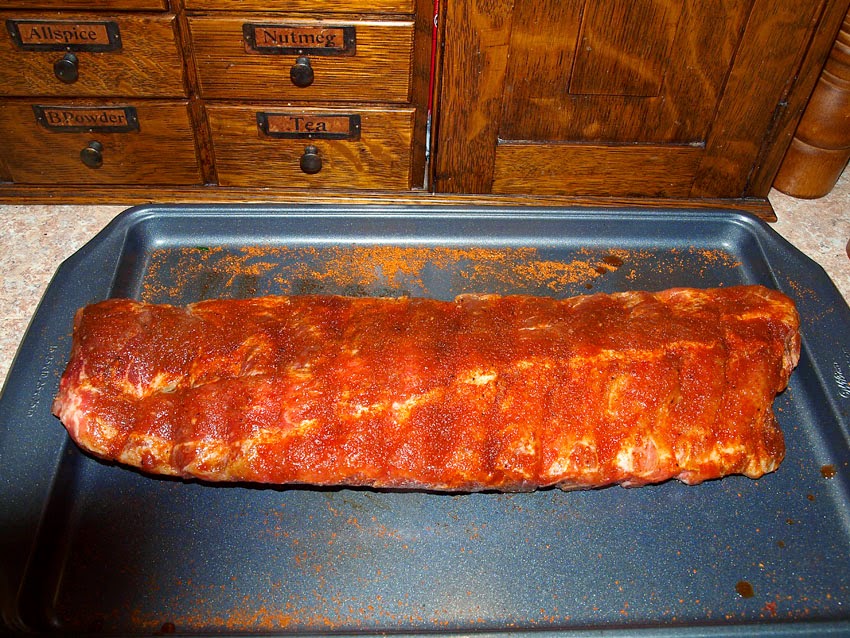 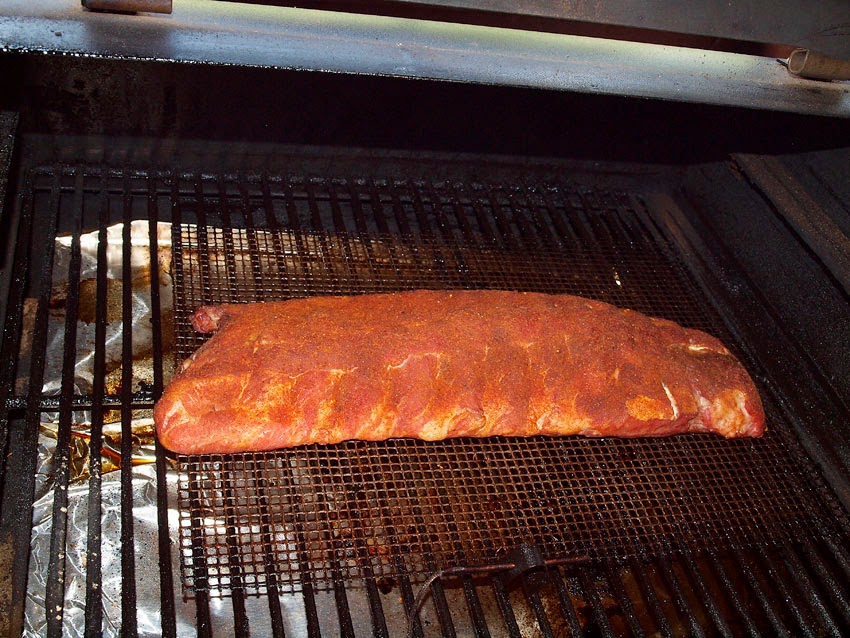 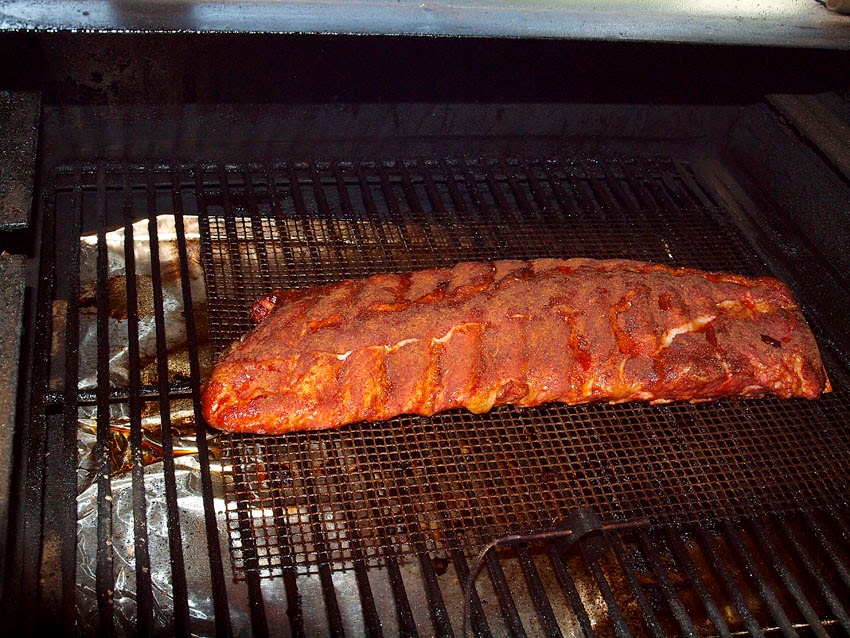 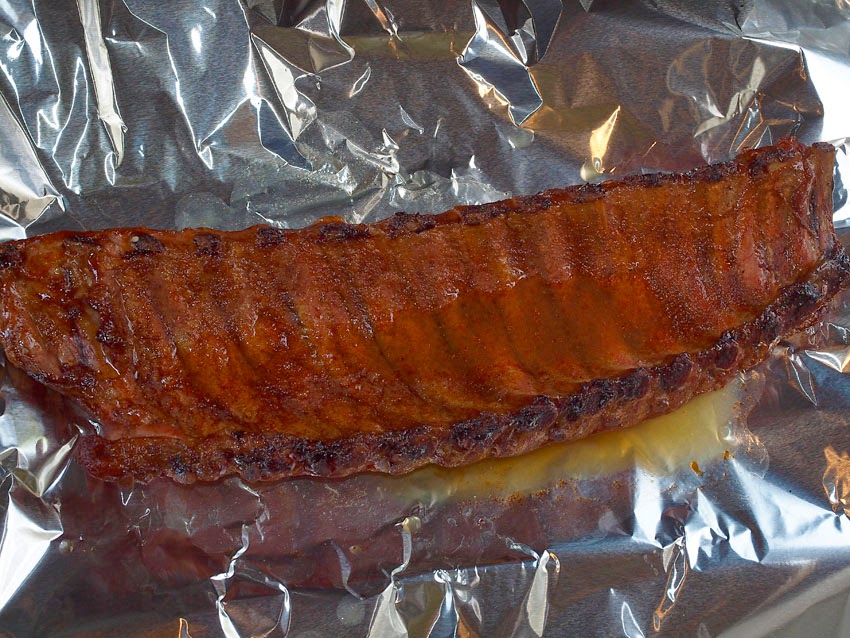 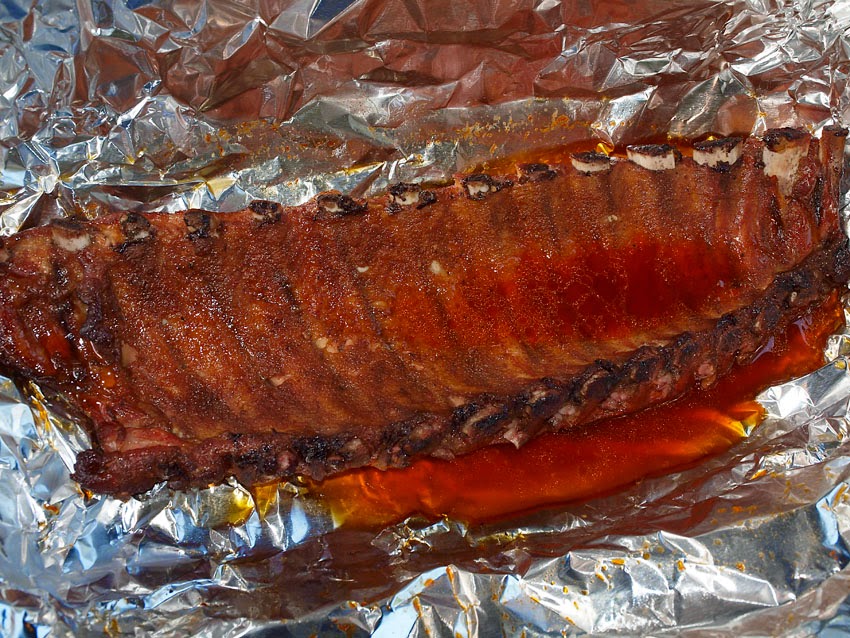 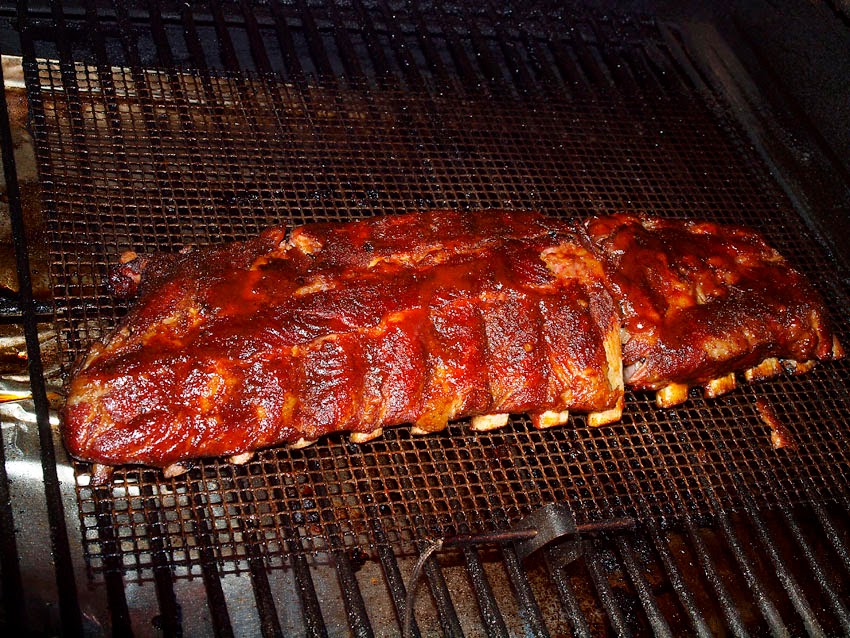 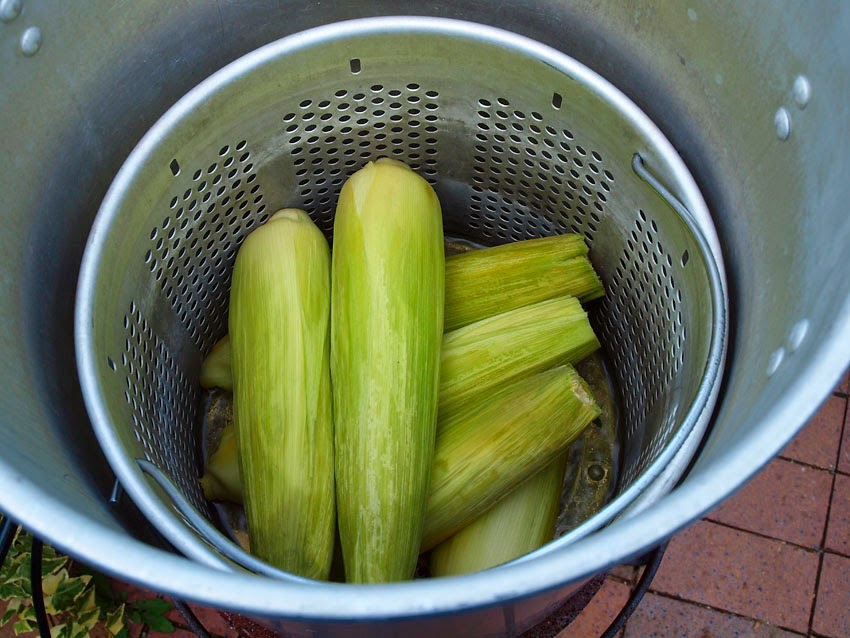 With some good compound butter 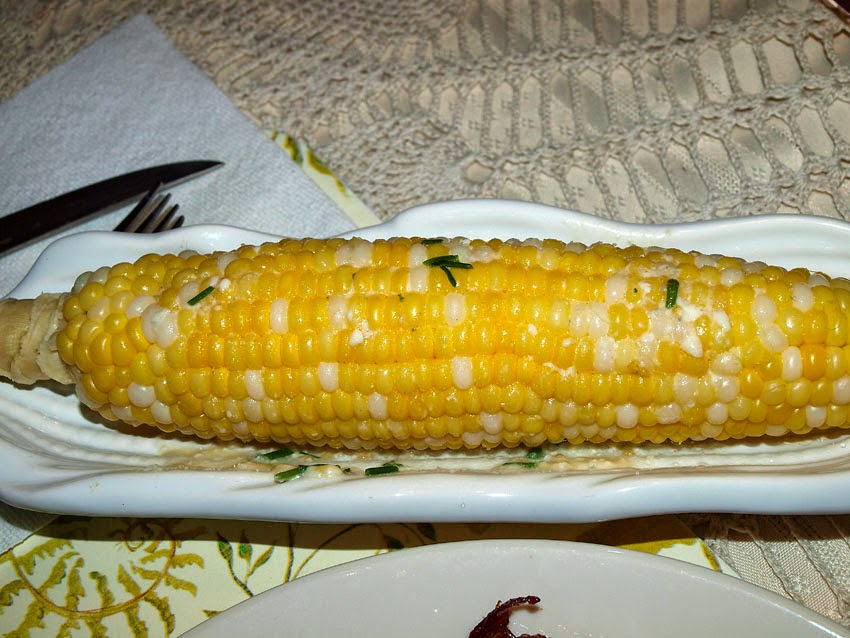 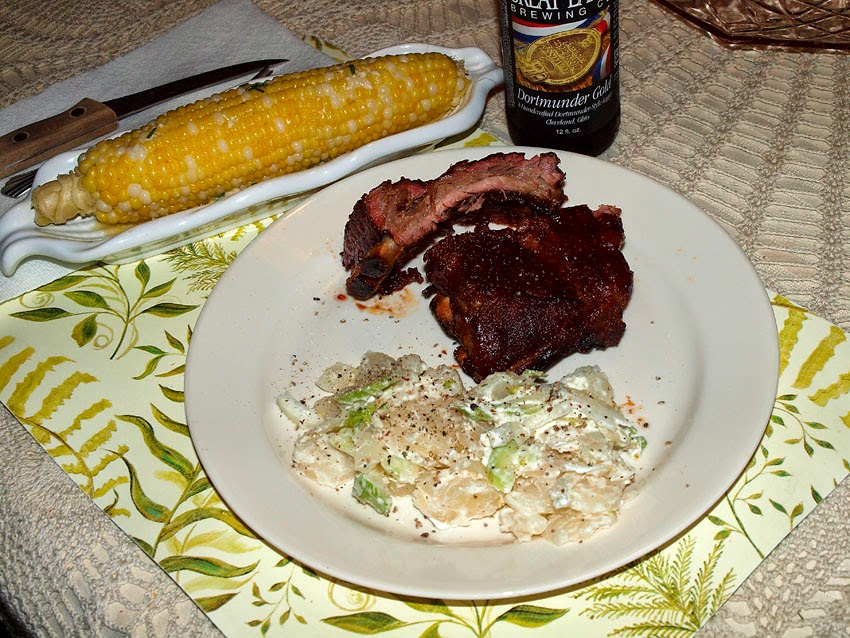 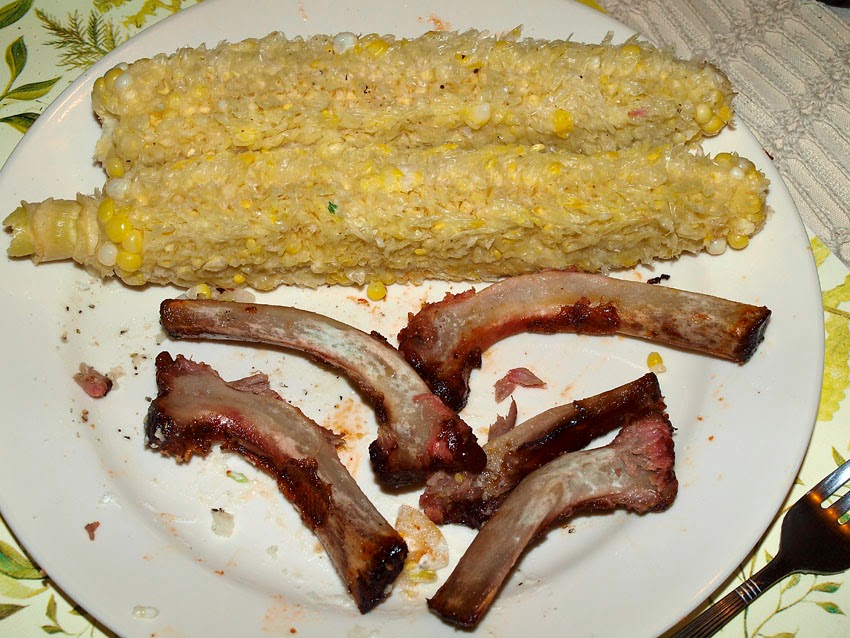