Shrimp Pad Thai with a touch of Cajun

After eating pretty heavy this week it was time for something a little lighter! We love Pad Thai with chicken, shrimp or both. I could never find an ingredient, tamarind that is in authentic Pad Thai. A while back I found a box kit by Thai Kitchen that had the rice noodles and the sauce included.

After doing a lot of low & slow cooking on my pellet smoker wok cooking is almost too fast for me! I have been using my outdoor gas burner for the wok cooking. I am now getting the fire regulated better for the cooking.

I had some wild caught gulf shrimp to use. I poured half the 12 oz. package out to thaw under cold water, when I looked at them I thought we can eat the whole package. When they were thawed I added some Penzey’s Cajun seasoning to them.

I did the egg first and removed to add back in; I was using some flavored wok oil. Then a little more oil and the shrimp went in. I had the noodles softened in some boiling water so drained them and added in along with the sauce.

I stirred to mix well and let the noodles soak up the sauce. I added the egg back in and some bean sprouts. I use canned sprouts since the fresh ones are hard to find here. I put the lid on the wok for a minute and then took inside to serve.

I had some chopped cashews for on top and some lime wedges to squeeze over. I had made up a spinach salad with water chestnuts, bean sprouts, salt, pepper and some Champagne dressing; it went well with the Pad Thai.

The wife and I both loved it. I followed the recipe on the box but did not use any red peppers; I used the Cajun for a little heat. The sauce with tamarind adds a nice sweet touch to it. I could use more heat but then the wife would not eat it. The next time I will add some green onions and garlic too. 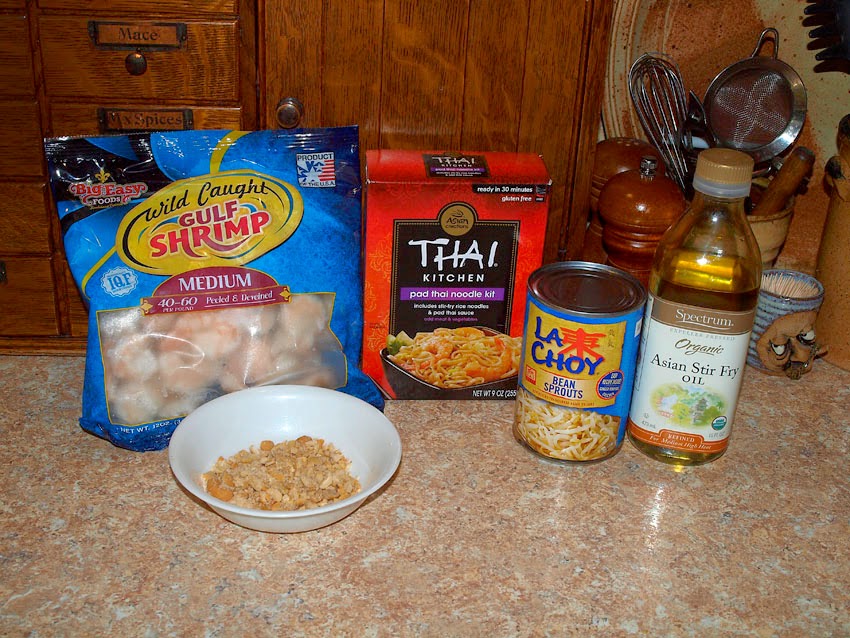 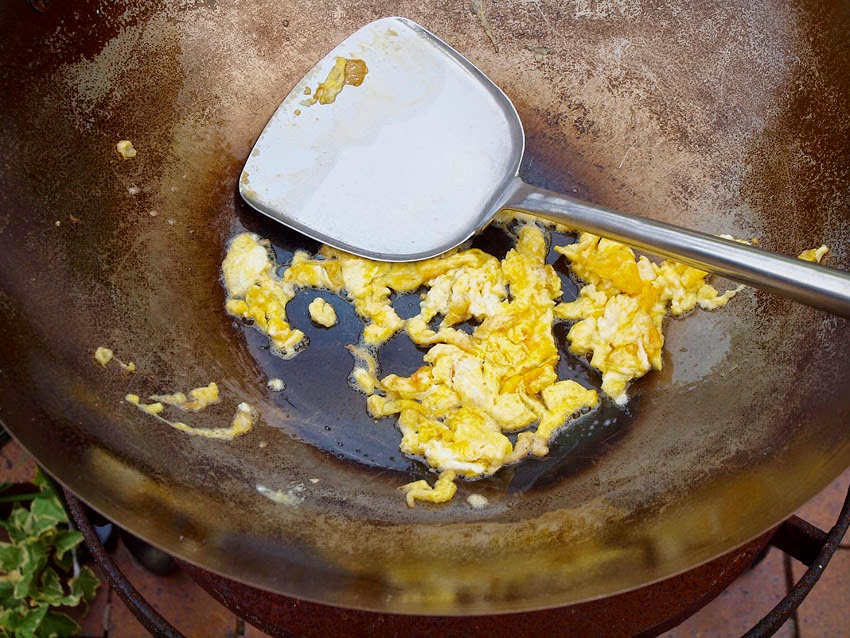 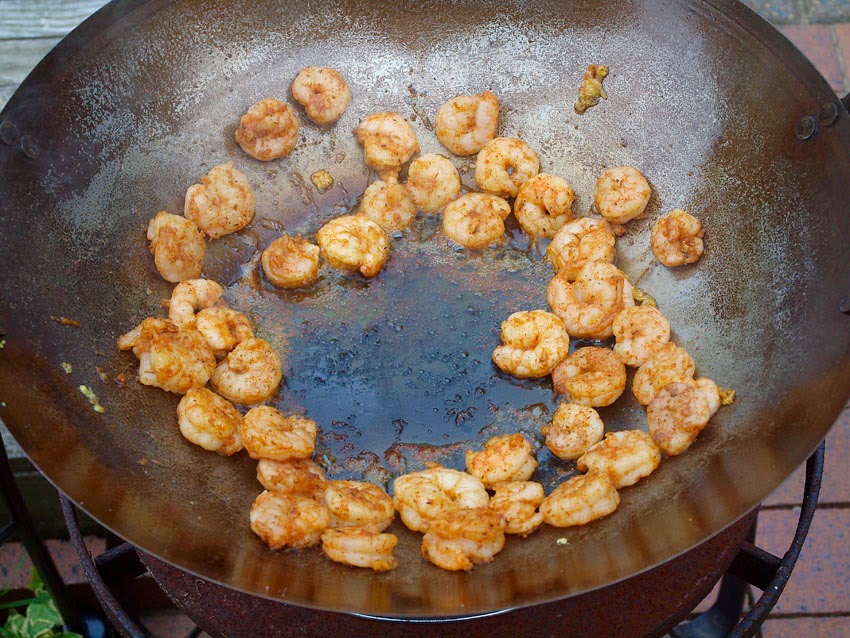 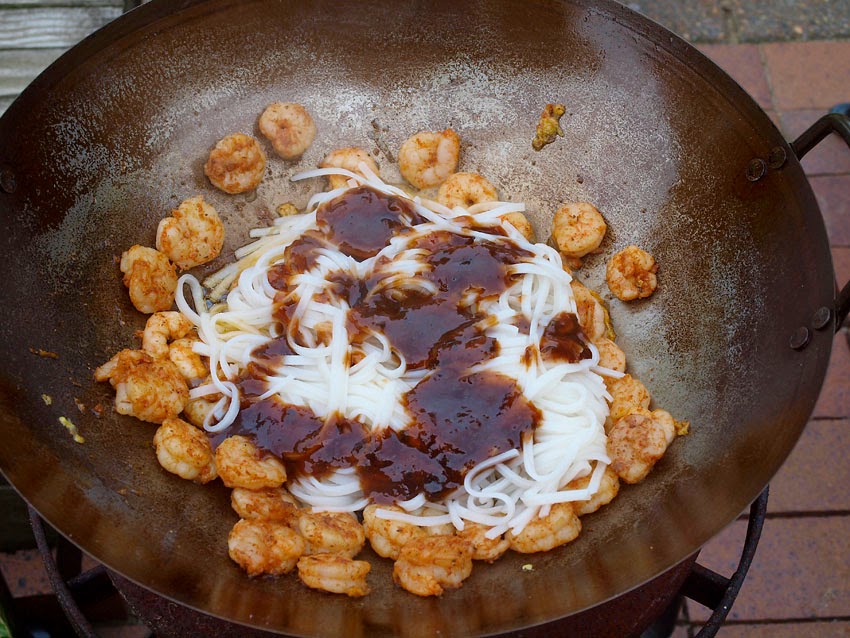 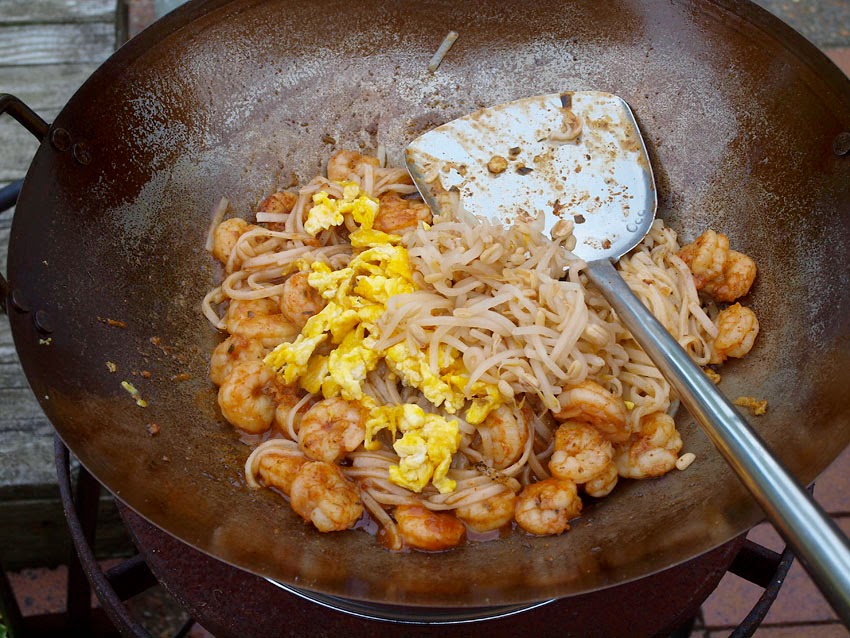 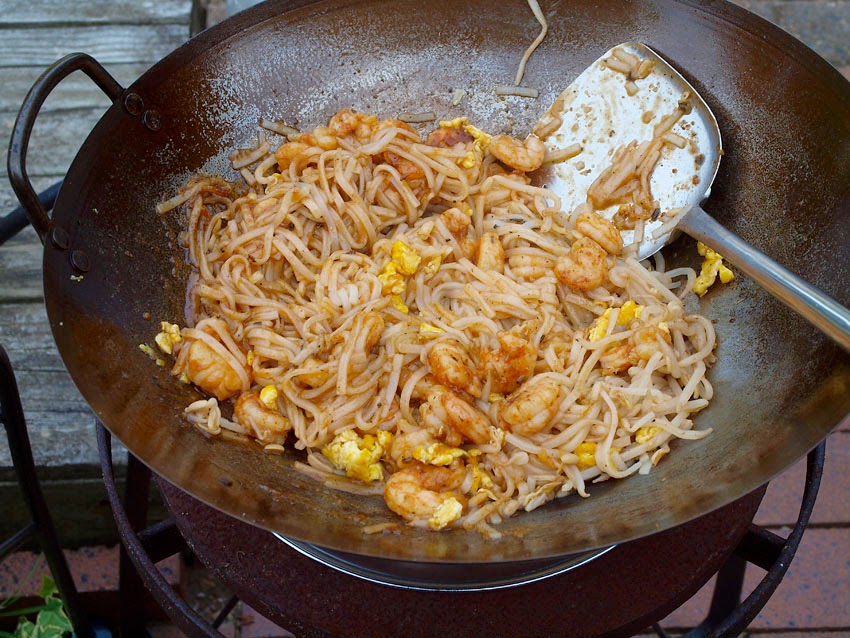 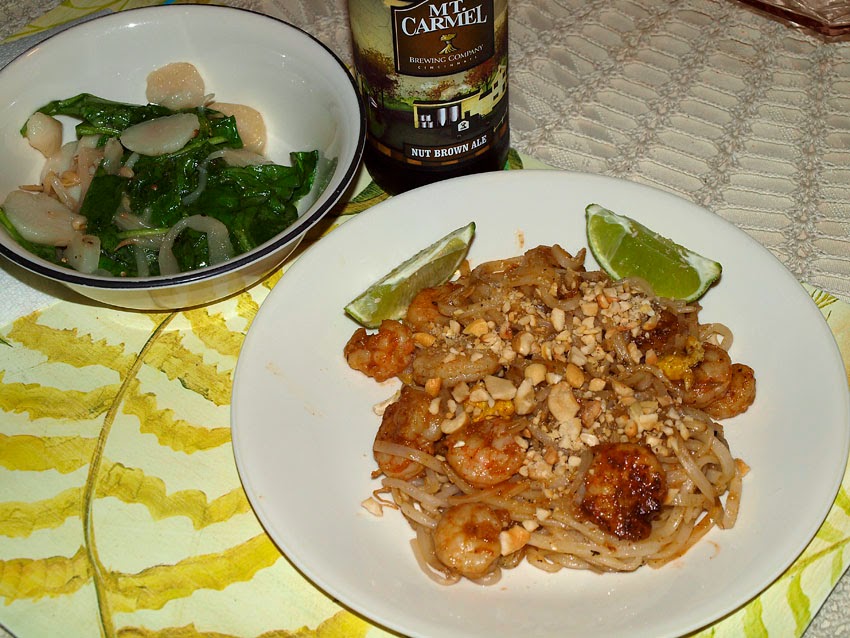