Well August is over and I hope the hot humid weather is gone too. It was a nice 73 deg. day today; mostly sunny. I had no pork in the freezer so time to do some pulled pork. I had a 9.5 pound butt from my butcher. Last night I trimmed most of the pound of fat cap off.

Most of the pork butts I have done were not injected with any flavoring. I like molasses for the glue and a good rub. The molasses gives a good bark and I freeze most of it for later then I can add any flavors I want when I use it. I decided to inject this one, I did get a new injector a while back so need to justify why I bought it!

I got my Traeger heated to 195 deg. and got the butt on at 6:00 AM. I baby sat it for a while then went back to bed for a couple of hours. I had my Maverick remote to keep check on the smoker.

I had planned to take it to an IT of 185 deg. then remove the foil for the rest of the cook. I thought this would give me better bark than if I left it wrapped. My only worry was getting it on & off the grill without it falling apart. About 3:10 it hit 185 deg. I removed it and unwrapped and got it back on the grill using a large spatula and some tongs. I had removed the temp probe and when I put it back in that spot was just 180 deg.

I think it went into a 180 deg. stall; it took until 5:50 to get to 195 deg. I did a probe test and it went in like butter so I pulled it off and took it inside; I tented it with foil. I usually like to let it rest in the oven for an hour but we were hungry! I pulled enough apart for two sandwiches.

I was glad I picked two easy sides to fix. I had some Bob Evans mac n cheese with bacon I nuked in the microwave for 5 minutes and a bunch of asparagus drizzled with a little olive oil and a garlic herb salt added nuked for 3 minutes.  We both had some of my butcher’s BBQ sauce on our sandwich. It all tasted good!  The bark was a little crispy and the wife liked it.

After we ate I pulled the rest of it and removed most of the fat. It will set in the fridge overnight then it will vacuum seal better when cold. I left it a little coarse and can always chop smaller later. 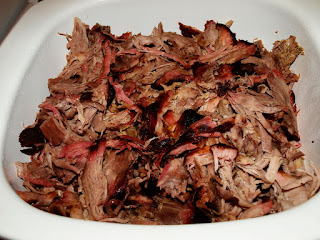 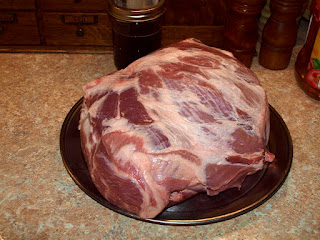 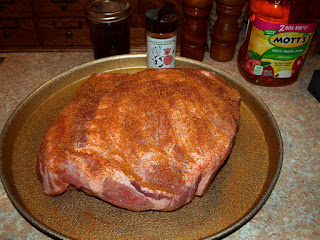 Injected and seasoned other side 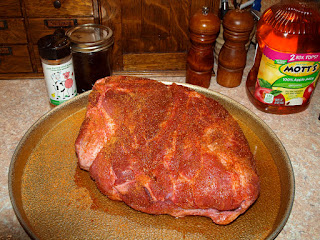 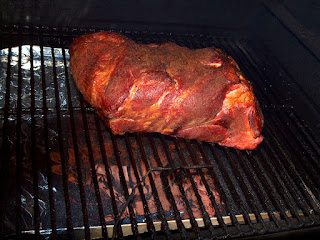 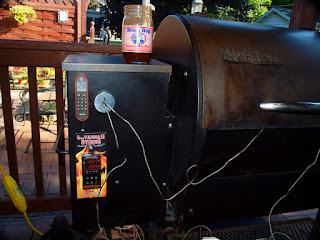 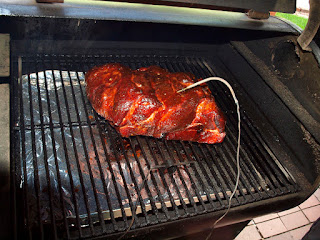 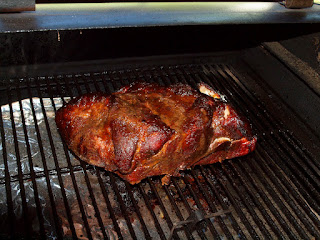 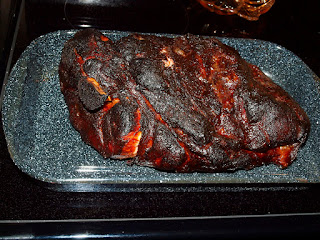 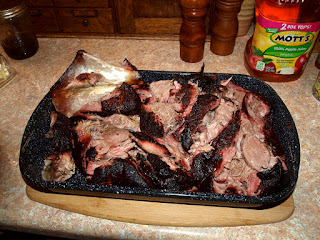 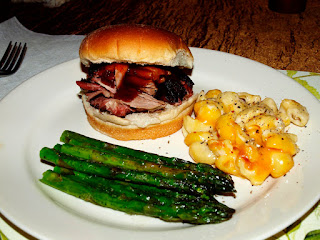