My chicken hot brown was just a version of a KY Hot Brown using chicken instead of turkey. I thawed out some chicken breast, had some green tomatoes from my garden that ripened and had some of my butcher’s bacon. I bought some commercial sourdough bread to use.

I cooked up the bacon on my Traeger at 300 deg. grill level and was done in just under an hour.

This is a pretty easy and delicious sandwich to make. I heated a can of Rico’s cheddar cheese in a saucepan, added a Tbs. of Worcestershire, a half teaspoon of Cholula hot sauce and a teaspoon of smoked paprika. I toasted the bread and browned the chicken breast in a little olive oil. I had sliced the breast a little over ¼ inch thick.

I made up the sandwiches, open face style, a slice of toast,  chicken, sliced tomatoes, poured cheese sauce over, sprinkled some more smoked paprika over and some dried chives. I topped them with two slices of bacon. I nuked some asparagus I had left and added that and some sliced plum cherry tomatoes too. The cook opted for some more crumbled bacon on his!

That tasted pretty good, simple and easy on the cook and the dishwasher too!

Ready to make the sandwich 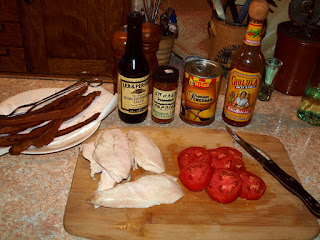 Bacon done on my Traeger 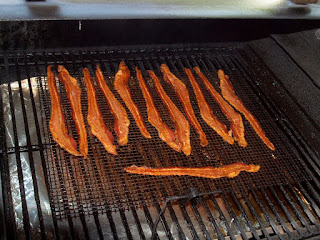 Making up the sandwich 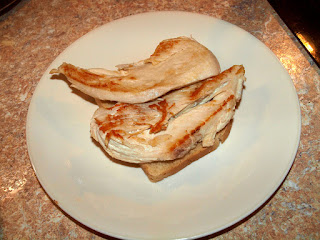 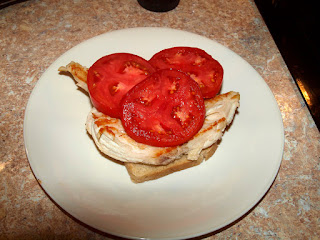 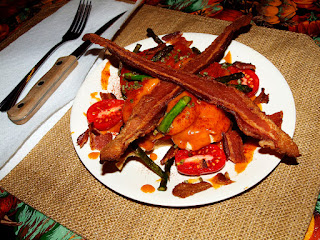