Today was a little cool and rainy all day here. I had almost a pound of kraut to use and some frozen brats from my butcher. After Pappy’s post of Pierogie on LTBBQ I had bought some Mrs. T’s loaded mashed potato pierogie. They would hit the spot with the brats and kraut. I also had some cooked down tomatoes from my garden I would add in, I like tomatoes with kraut at times.

This supper was prepared on My Traeger, my Instant Pot and CS skillet on stove top.

I smoked the brats on my Traeger at 190 deg. for an hour. I cut up some onion and garlic to add to the kraut and some onion to go with the pierogie. I heated the IP on sauté mode and as soon as it was hot I browned the brats in a little oil and butter 4 minutes then turned, added the onions & garlic and after 4 minutes deglazed with about half can of beer. I added in the sauerkraut and pulled them up some so they were not on the bottom. I poured the tomatoes over, about 1 ½ cups and some salt and pepper. I set the IP on Meat/Stew mode for 10 minutes.

I had thawed 7 of the pierogie in hot water so heated my CS skillet on med high with 3 TBS. butter and a TBS. of olive oil. I cooked them about 6 minutes on the first side until I was getting some browning then turned and after a couple of minutes added the onions and then spooned some of the butter over.

Sorry missed a shot of adding the tomatoes and the finished pot!

We both thought it was delicious. I use Frank’s Sauerkraut that comes in a plastic bag and it’s made in Freemont Ohio. My wife likes it sour so for this I just poured off the juices and didn’t rinse. I thought adding the tomatoes were good for a change. The brats were infused with the sour from the kraut. 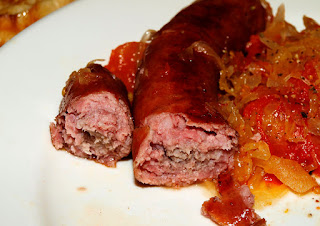 Brats on my Traeger 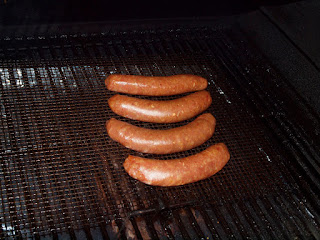 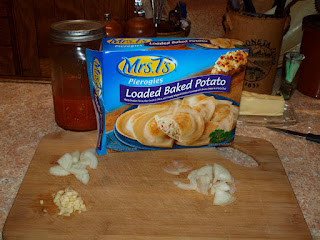 Browning the brats some 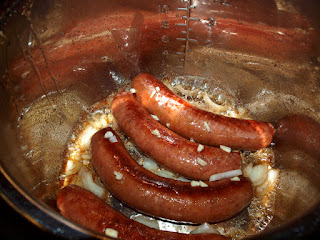 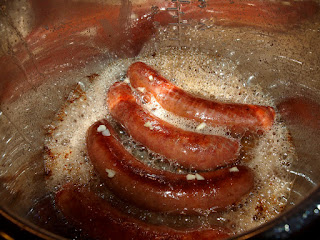 Kraut added and then the tomatoes 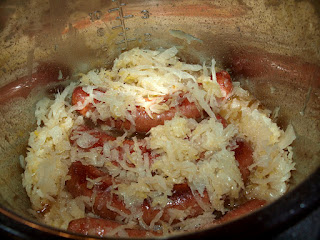 Pierogie one side browned 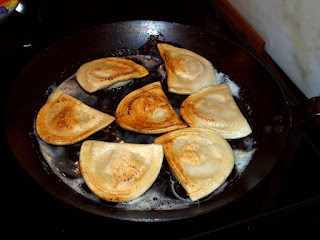 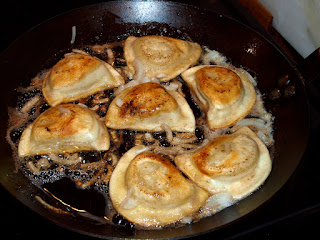 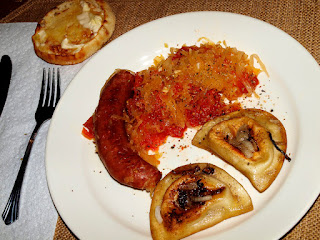