I have larded boneless pork loins a few times with great results but don’t think I ever did a bone in loin roast. I do a lot of butts for pulled pork and boneless loins but I was hungry for just a pork roast. I decide I would brine it overnight and lard it with some bacon to smoke. I had a recipe for some parmesan garlic potatoes done in an Instant Pot I wanted to try.

When I cleaned up my garden the other day I had some nice size green tomatoes I could fry for another side. They were getting ripe today but tasted good!

I had a 3.6 pound bone in loin roast that was $1 a pound. That was cheap enough but I think there was 2 pounds of bone! I brined it overnight with, 2 quarts of water, 1/3 cup of kosher salt and ¼ cup of sugar and I injected some of the brine.

I rinsed it, dried and cut about 1X1 inch slits in and inserted bacon pieces. I seasoned it with some Penzey’s Pork Chop seasoning, fresh ground pepper and some dried garlic flakes. It went in the fridge while I got my potatoes on. I got the potatoes in my IP set on “Slow Cook” high mode for 3 hours.

After I got the roast on I breaded my tomatoes, dipped in corn flour, then in an egg cream mix, then in crushed cracker crumbs. They went in the fridge about 1 ½ hours to set up before frying.

When the roast was done I tented with foil and checked the potatoes, they were not crisp like the recipe said so I put them in Sauté mode and heated the skillet to fry my tomatoes. I got the tomatoes a little too brown on the first side, had the oil & butter too hot, but the other side was good!

I served the wife and I a nice slice of the pork some potatoes and 3 slices of fried tomatoes.  It all tasted good, the pork was tender and moist with a little bacon flavor!  The potatoes turned out good but see notes in recipe. 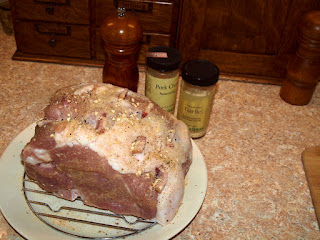 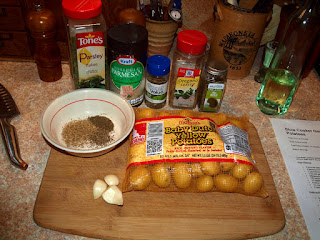 Potatoes in the pot 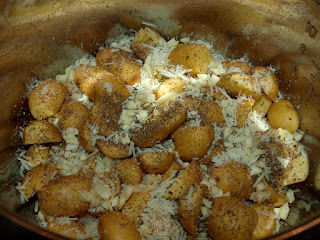 For the fried tomatoes 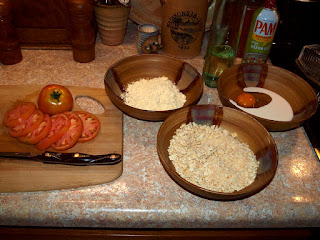 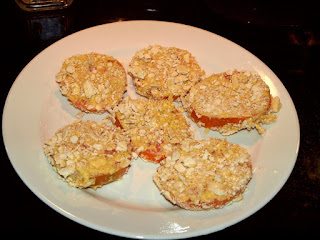 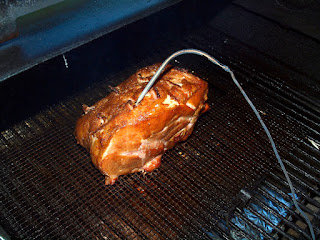 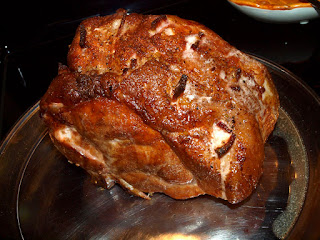 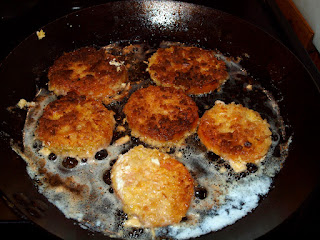 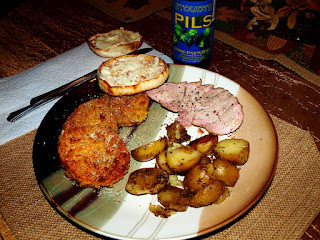