Back in the 60’s while stationed at the Homestead AFB I ate in a Cuban restaurant in Coral Cables. The menu was in Spanish so I ask the waitress & she recommended the chicken. It was a chicken breast and one of the best I ever had. It was infused with a lime citrus and cumin flavor that seamed a part of the meat. I don’t remember the sides but probably rice and black beans. Ever since then I have tried to duplicate the chicken; I have come close but not the same.

I found a recipe that I wanted to try but adapted some by mostly adding orange juice to the marinade. I had a 5 ½ pound organic chicken to use. I had it in the marinade 3 ½ hours then drained on a rack and added the ½ lime and onion to the cavity and some adobe seasoning.

It went on my Traeger that was heated to 190 deg. for a half hour of smoke then I eased the temp up to 350 deg. grill level. It took a total of 2 ½ hours to get it to 180 deg. breast IT. I basted it a couple times with some garlic butter.

Normally Cuban chicken is served with white rice and black beans; the wife does not like them so I had some Zatarain’s red beans and rice. I had a mix of Cuban and Cajun.  We had some buttered English muffins with it.

It all tasted pretty well, not a winner on the chicken but close. The skin was not that crisp but was edible and tasted good. The Zatarain’s red beans and rice is not as good as made from scratch but is good in a pinch and easy to make quick. 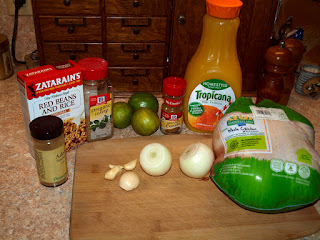 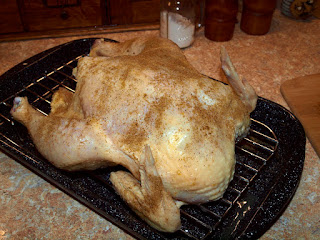 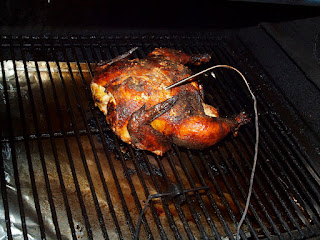 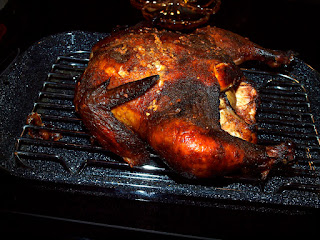 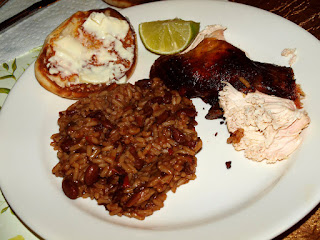