A fellow LTBBQ member, HOS, High on Smoke made me hungry for meatloaf and his recipe looked good so I used it. After doing up 3 sticks of compound butter I cleaned some green beans and then mixed up the meatloaf.

The only thing I changed from his recipe was I used my Kah’s BBQ sauce, it compares to Sweet Baby Rays but tangier and a touch of heat. I think he should have said to drain the tomatoes and green chilies. I used Rotels and mashed them some, it looked like too much liquid so I didn’t add very much of it. When I got it all mixed up seemed a little wet to me so I added another ¼ cup of Panko bread crumbs. I placed it in the fridge to set up some for a few hours.

I cleaned and sliced up some red potatoes, in a bowl I added a can of Campbells cheddar cheese and a little buttermilk and stirred to get all the potatoes coated. I placed half in a casserole dish added about a handful of Kraft’s shredded triple cheddar cheese and some salt and pepper. I added the other half and more shredded cheddar, salt and pepper. I then poured some buttermilk over to come up half way on the potatoes. I got a little too much but they were good, just a little runnier than I like. The potatoes I did in the oven at 350 deg. F, one hour covered then a half hour uncovered.

For the green beans I followed Tanya, tatonka3a2’s lead and added onions bacon and Tatonka dust. I place the green beans in a basket and sprayed with olive oil, Tantonka dust, 3 slices of onions, more olive oil and Tatonka dust and two slices of bacon on top. I got them on just after the meatloaf, I took them out and mixed up some and let set, looked like they would get too done. I put them back in the last 15 minutes.

It all tasted good, the meat loaf was very good HOS. My wife and I both noted how good the onions were with the Tatonka dust on them. I can see some grilled onions with Tatonka dust in the near future! 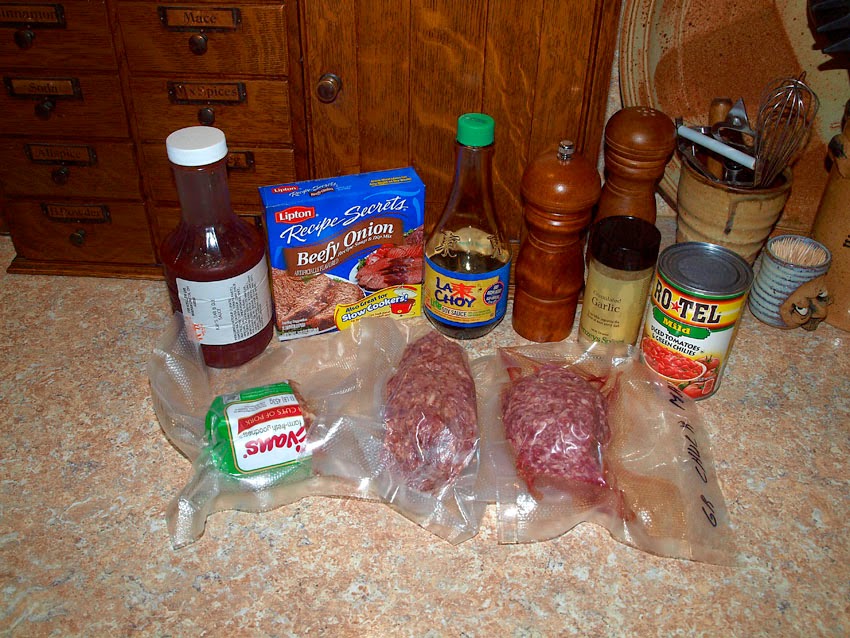 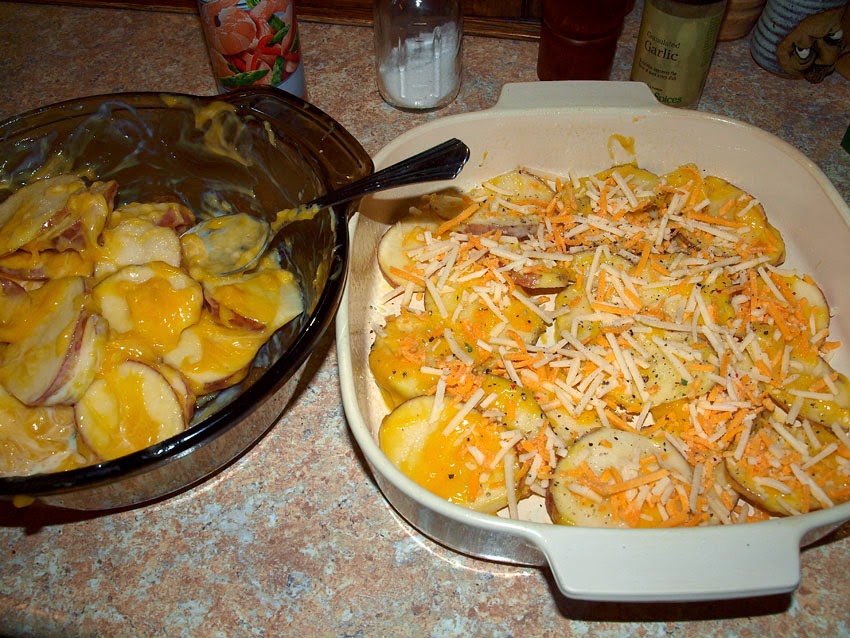 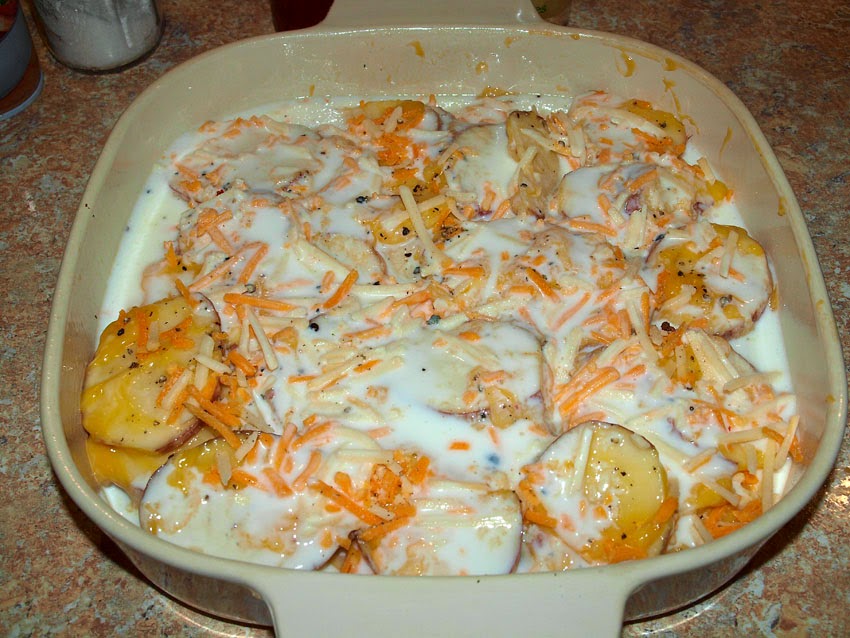 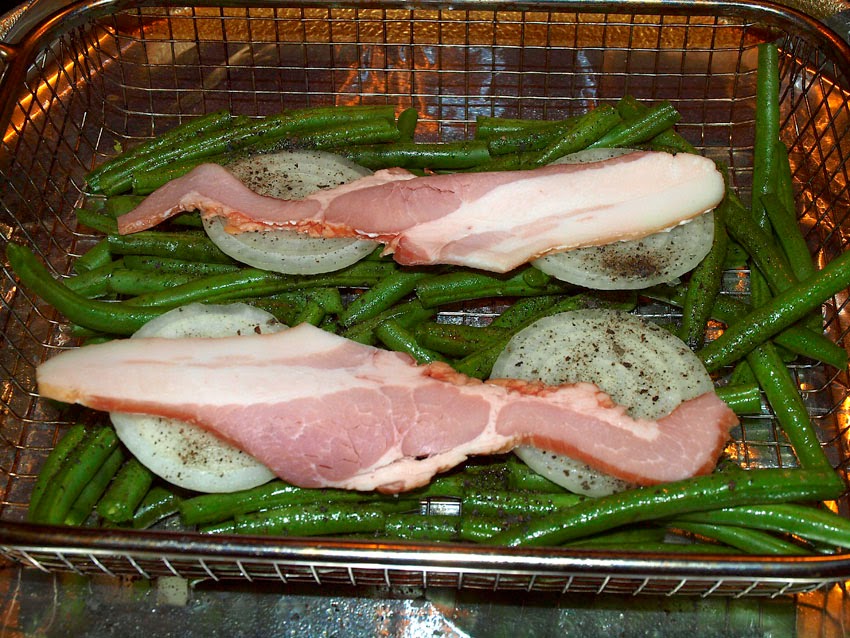 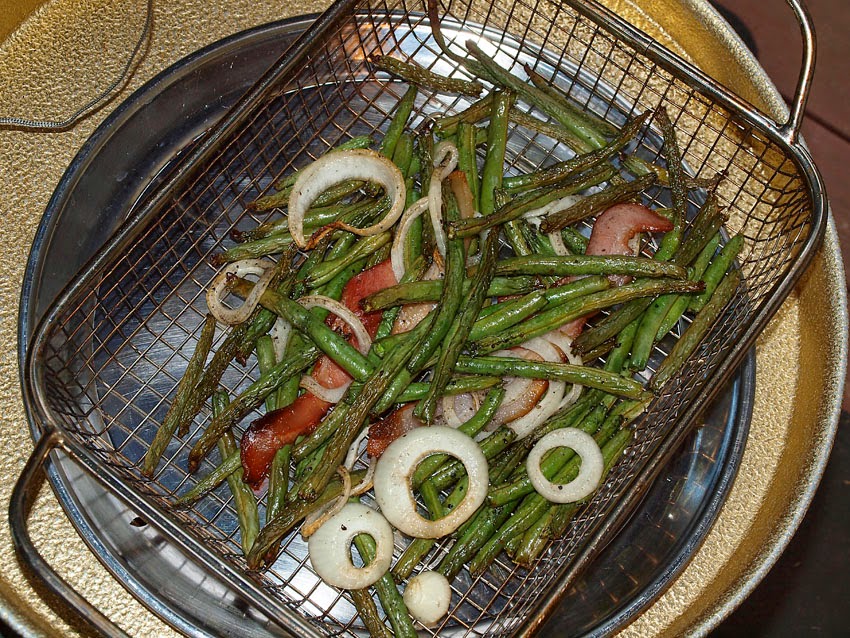 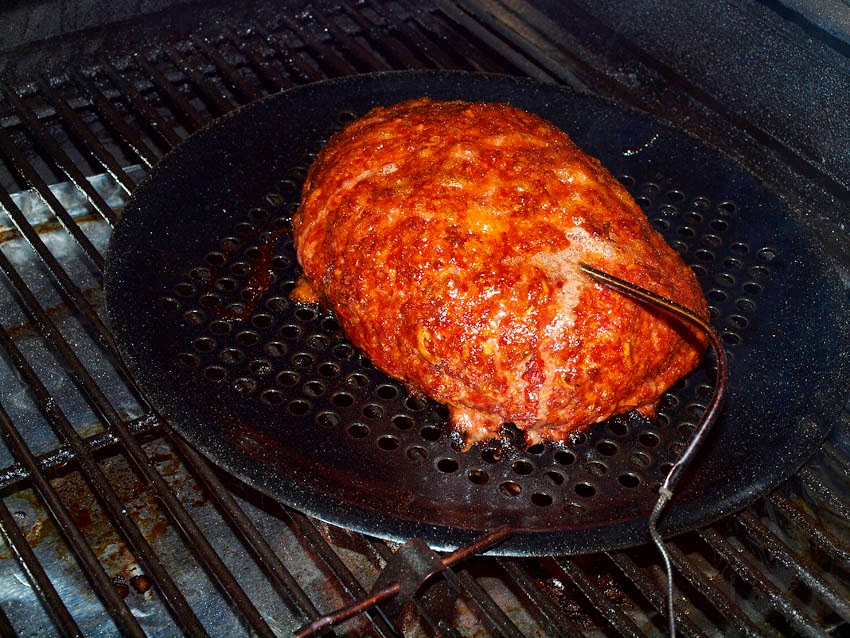 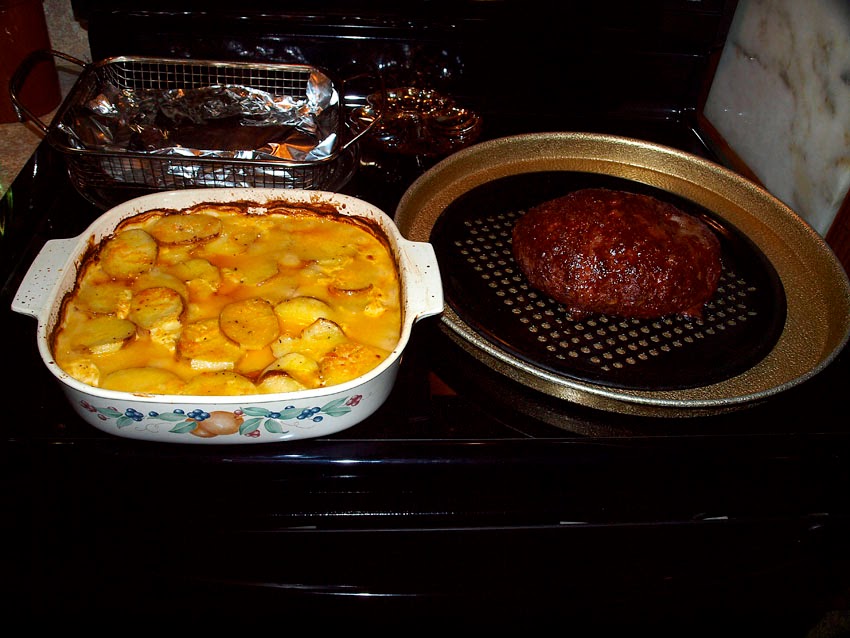 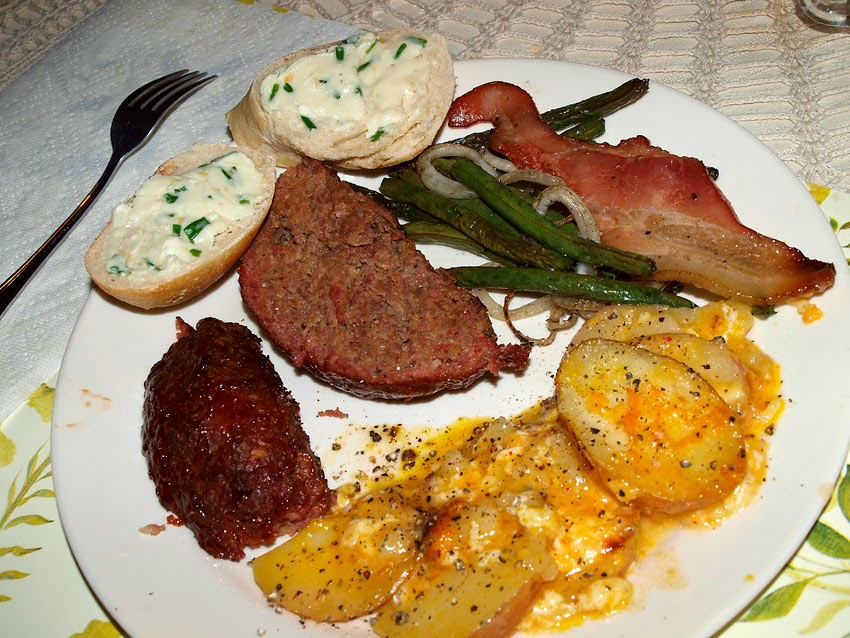