Dry Brined Eye of Round

The beef you see getting brined is mostly brisket for corned beef or pastrami.  I was looking for a recipe to brine some cheaper cuts of meat that might work on my rotisserie. I found a couple that was wet brine for eye of round. I found this one quite a few times across the net for dry brine. Since it looked like it had been tried more often I went with it. The cooking process looked like it would do better in my Traeger pellet smoker. I was used to doing eye of round high and fast and this was low and slow so hope it turns out.

I found an Angus eye of round Thursday morning, about 3 lbs. It was in a net sock, not sure why; I never had trouble with an eye of round falling apart. I got it rubbed with about 3 teaspoons of kosher salt; wrapped well in plastic wrap and in the fridge by about 8:30 am.

I then went down to our sons to help him install a picket fence. He had 4X4 treated lumber for posts and the fence was premade 4’ X 8’ panels. We had to keep the posts measured just right so took several measures for each post. We set the posts with quick-krete. We worked until 3:00 pm and did pretty well. We had 5 posts set and 2 sections of fence up. I went back down this morning and we got 2 more sections of fence up and two more posts set before noon. The son was doing all the digging; I was the supervisor!

At noon the roast had been in the fridge about 28 hours. I got the Traeger heated up on 180 deg. P4. I took the roast out and cut the net sock off and dried it well with paper towels. I seasoned it with fresh ground pepper. I heated my Lodge steel skillet on my outdoor burner and browned the roast in a little olive oil well on all sides; 3 minutes on the fat side and about 2 on the rest. I got it in the smoker about 12:15, fat side down. My Traeger was holding pretty close to 225 deg. grill level temp.

One hour in I inserted the temp probe and the roast was at 95 deg. IT. It was just a little after 2:00 when the roast hit 128 deg. IT. I shut the smoker off and turned on my manual fan to let the roast come to 135 deg. IT. It took about 10 minutes. Total time was one hour 45 minutes.  I let the roast cool about 20 minutes then wrapped in foil and in the fridge.

The kids dropped the grandson off to stay overnight while they went to Columbus for a night out. He likes veggies and rice so I planned on doing a beef and veggie stir fry over rice and would use some of the eye of round.

At 5:00 I got the roast out and cut 3 slices off for the stir fry. One slice I got a little thick, ¼ inch and thought it might be a little tough. Surprisingly it was very tender; almost as tender as sirloin. It was moist and the flavor was great for just using salt and pepper. This may be my go to method for eye of round in the future. I plan on slicing the rest up thin tomorrow for sandwiches. I will know more after re-heating for sandwiches. 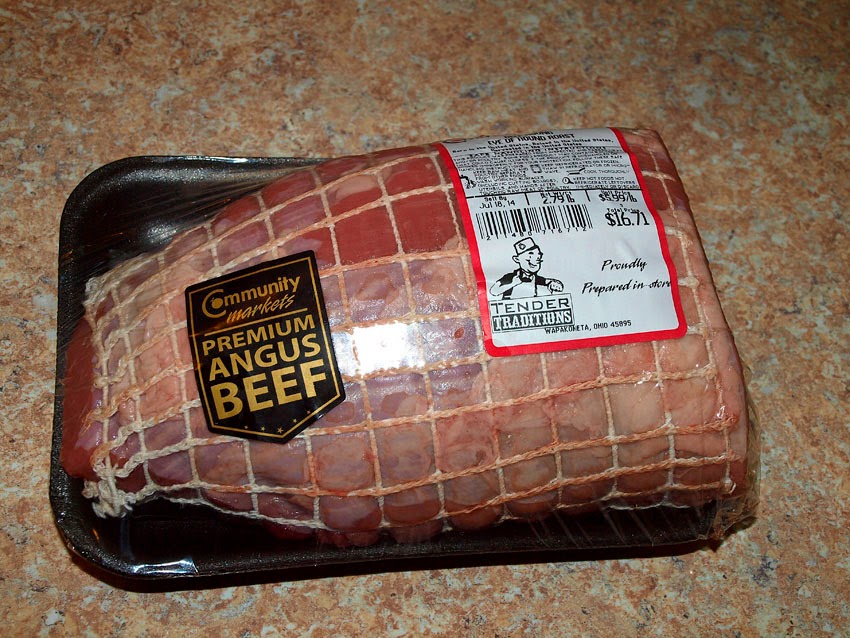 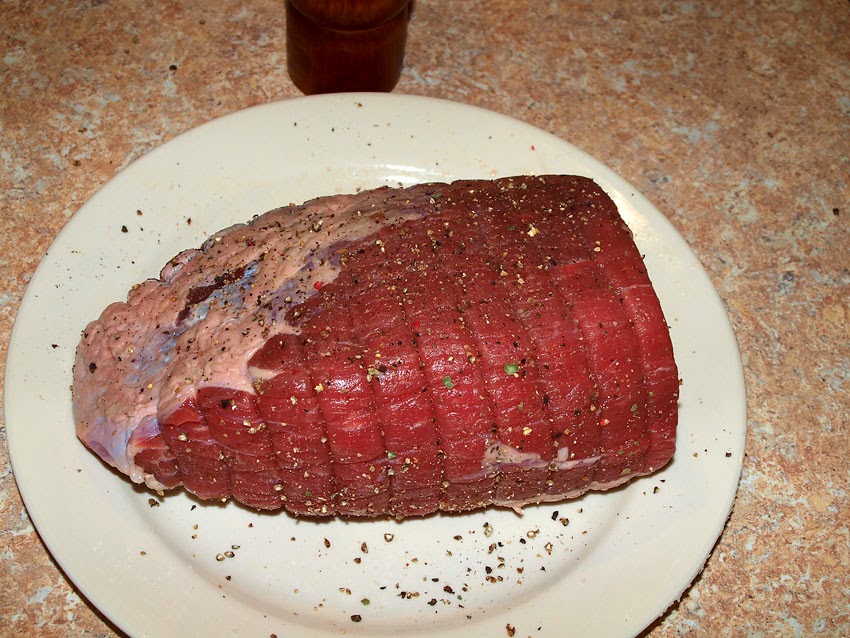 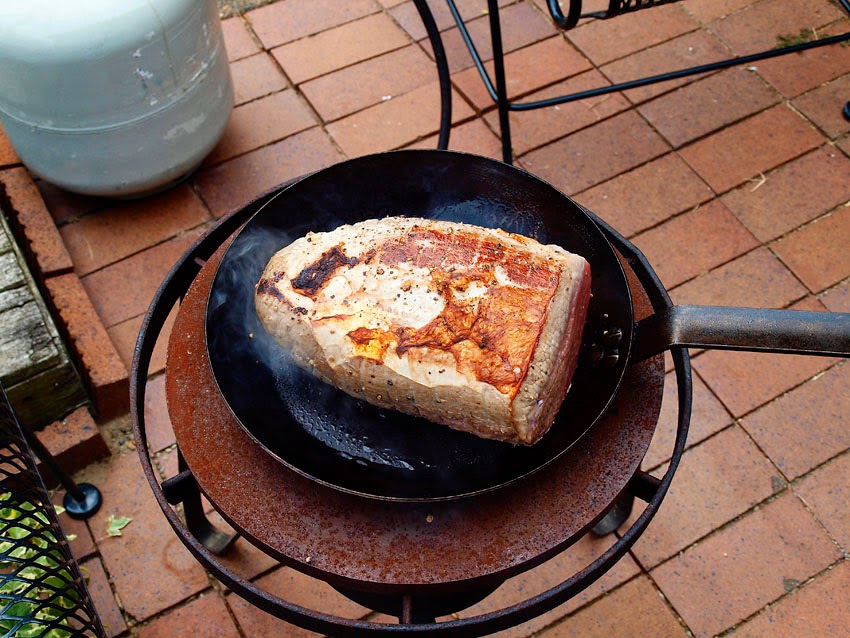 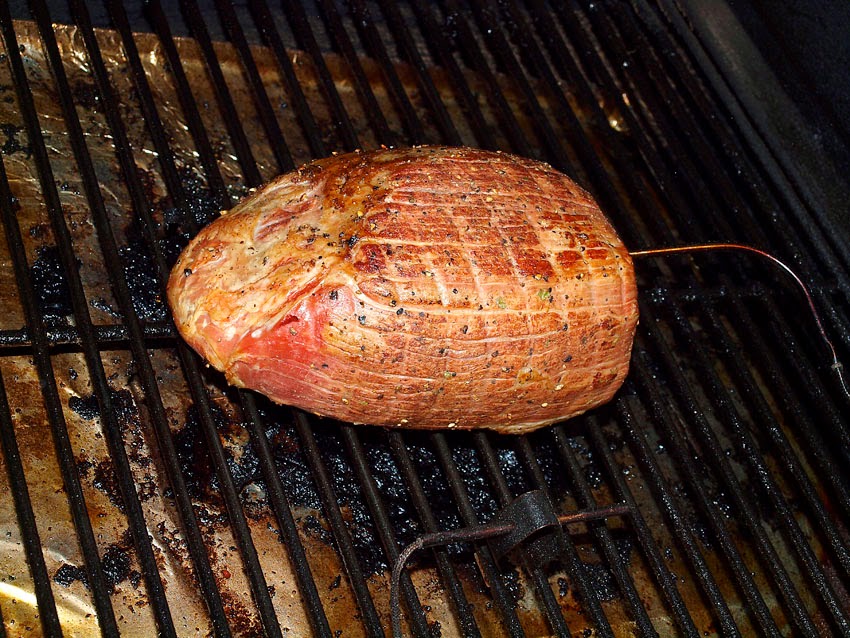 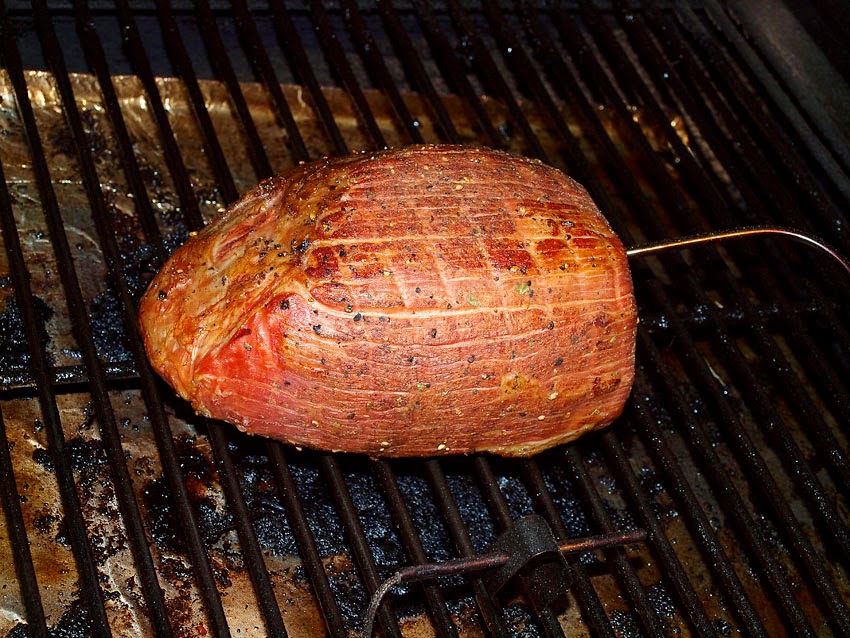 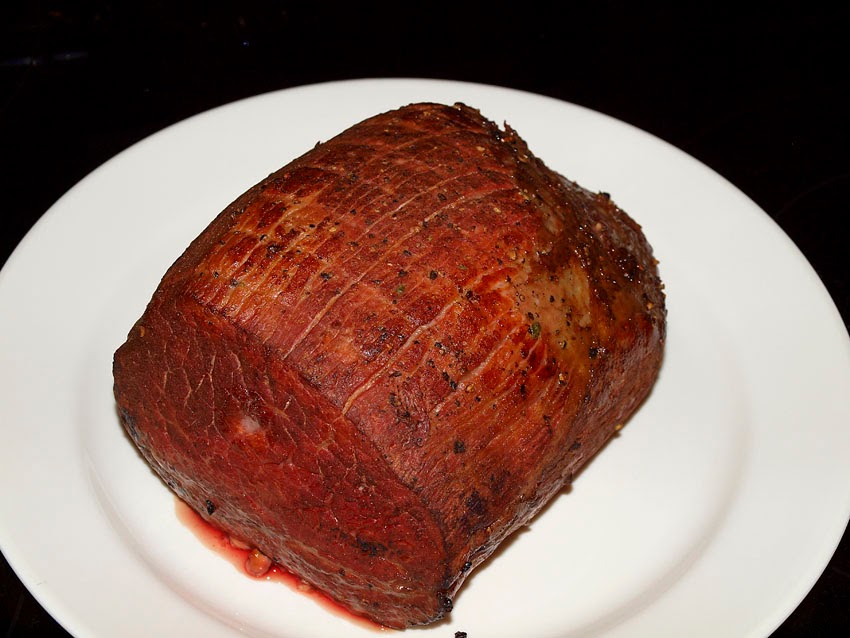 Some slice for my stir fry 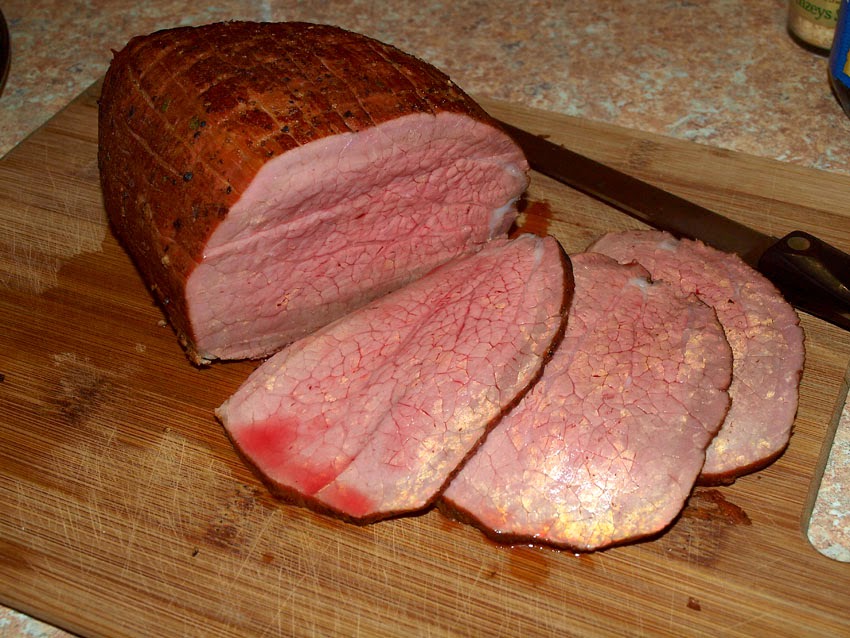