A meal I look forward to every summer is one with fresh sweet corn and fresh tomatoes. That taste you can only get when they are in season. I local produce farm, Sutters, north of here has been in business over 30 years through three generations of family. They now set up 11 produce stands in 8 area cities. I think shortly after I retired 11 years ago they started having one here In Wapak just 3 blocks from me. I signed up for their e-mail notification and I knew the 14th would be their first day. They pick fresh daily so it is about the best corn you can buy. They open at 10:00am and some days by noon they are sold out of corn. Right now they have tomatoes from Tennessee but in a few weeks will have their own.

I took the grandson fishing this morning, with no luck, and stopped to get a half dozen ears of corn and some tomatoes for supper tonight.

Burgers or Brats are a must to have with sweet corn and tomatoes. I chose brats and had 4 chicken and 4 Cajun brats from my butcher Kah Meats. I used to fix my brats by browning on a grill and then in a beer and onion bath to simmer a while and to hold if I was having a party. After I got my Traeger smoker over 3 years ago I got to fixing them on there about an hour on smoke and then got to 350 deg. to finish. They are good that way. This time I wanted to try the beer bath again on my Weber Spirit gas grill.

I got my corn ready for a salt water soak for over an hour before cooking. I clean the corn by taking two or three outer husks off and trimming the ends then in a pot with a couple handfuls of kosher salt and cover with water. Not sure if that helps or not but it must since I have done it that way for ages!

I used the back side of my grill grates to brown the brats. The grill grates and the pan looked like they were made to fit my two burner grill. I sliced up a large Vidalia onion and in the pan with 4 good pats of butter. The grill was on the center setting and 400 deg. I put the onions on and let them simmer a while and then added two beers. I let that get warm for about 10 minutes and put a pot of water on my gas burner to heat up for the corn.

The corn went in rapid boiling water for 12 minutes. I had tomatoes sliced up and served all. Some of the onions and mustard went on the brats. We had butter, Penzey’s sandwich sprinkle and parmesan on the corn and Penzey’s on the tomatoes. Man did all that taste great! I had forgotten how tender and moist the brats were done in beer. You hardly notice there is a casing on it. I do like brats both ways but if you have never tried them in a beer bath you don’t know what you are missing! 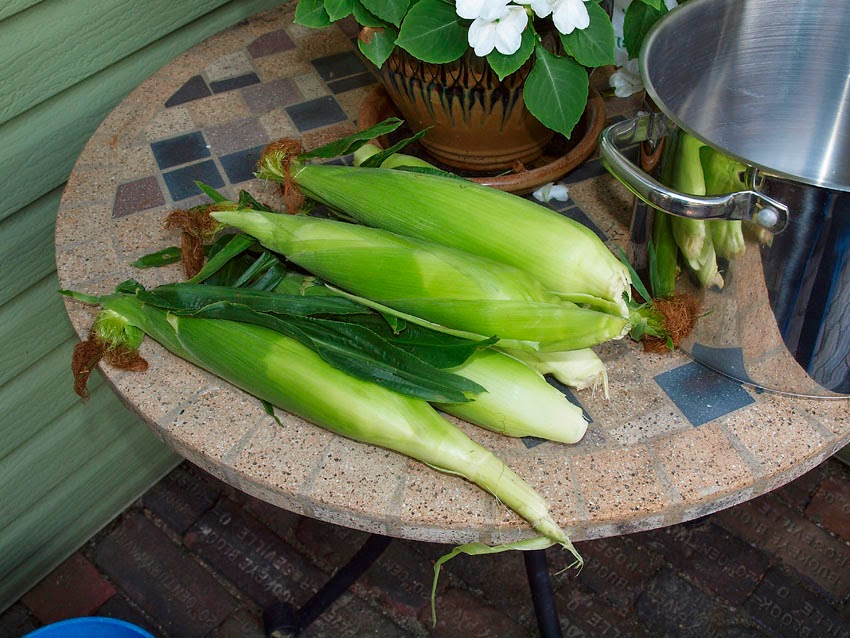 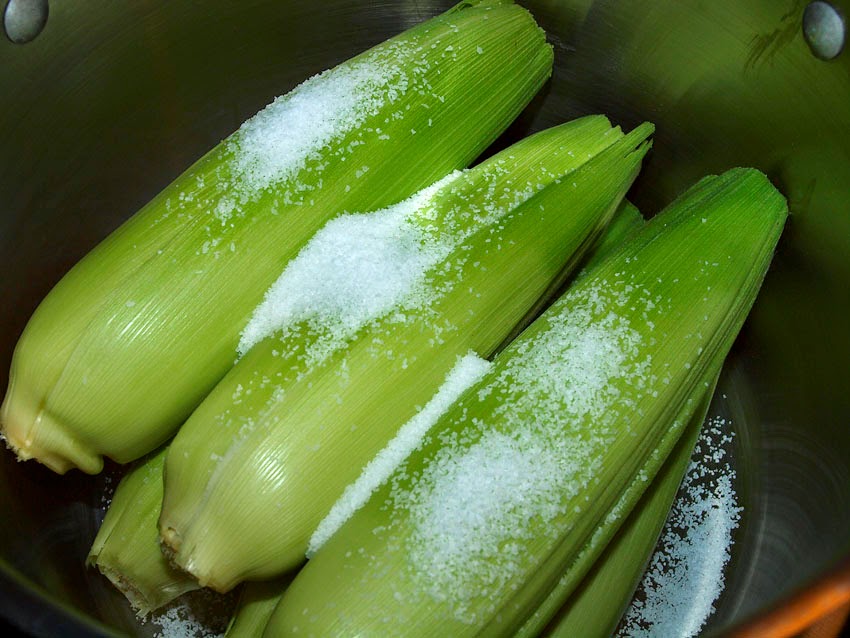 Onions and butter on 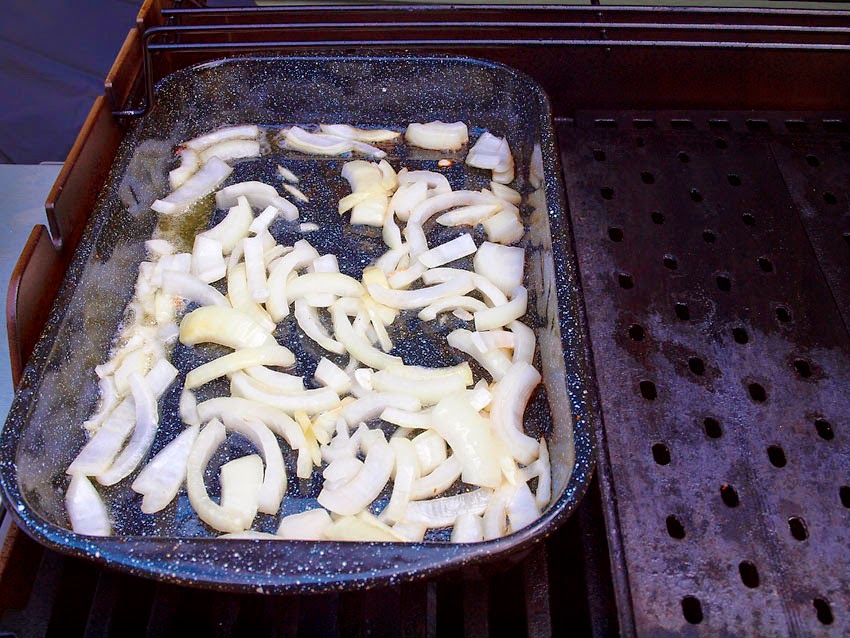 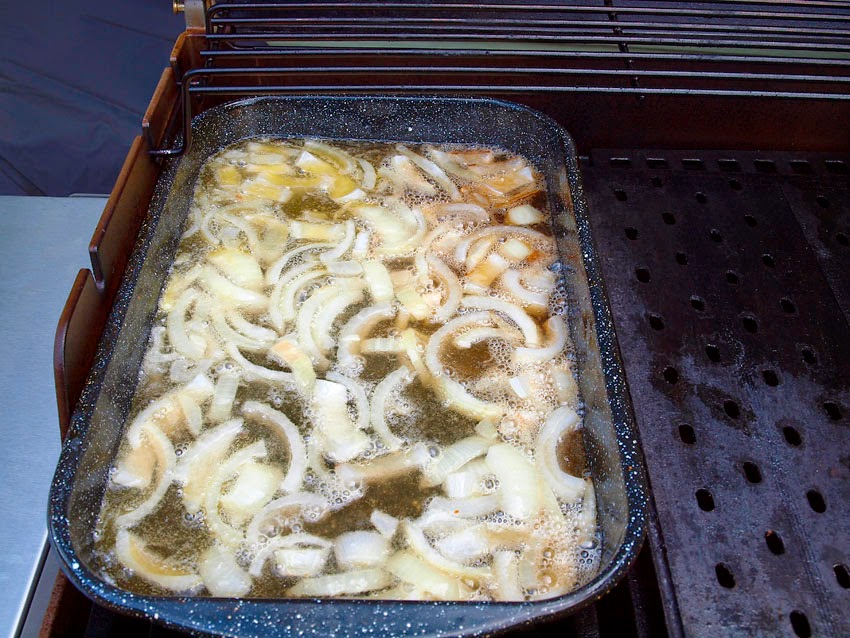 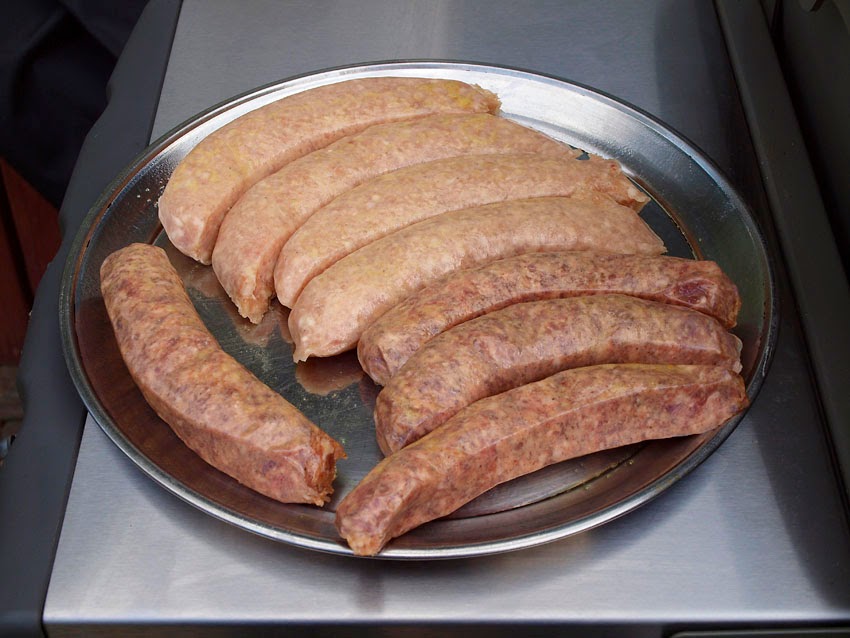 Brats done on one side 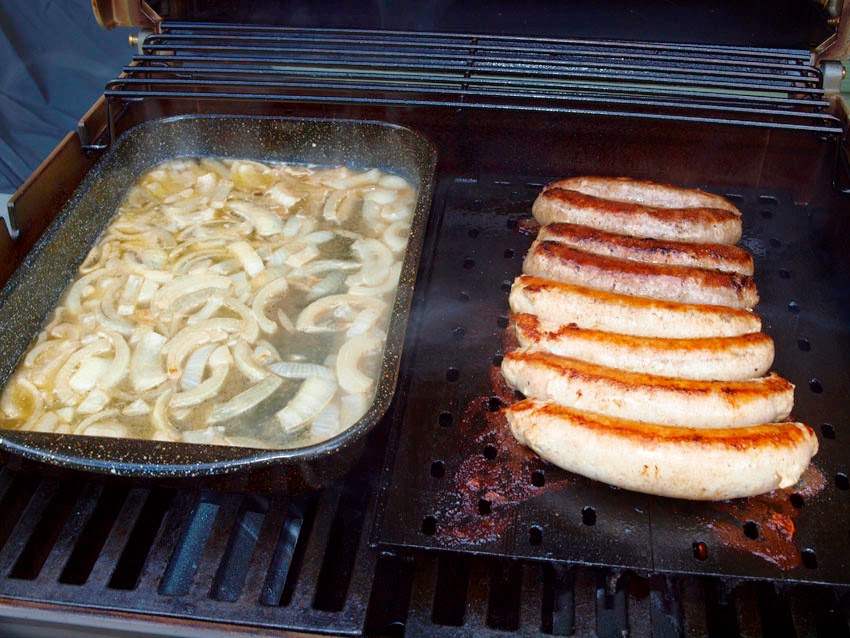 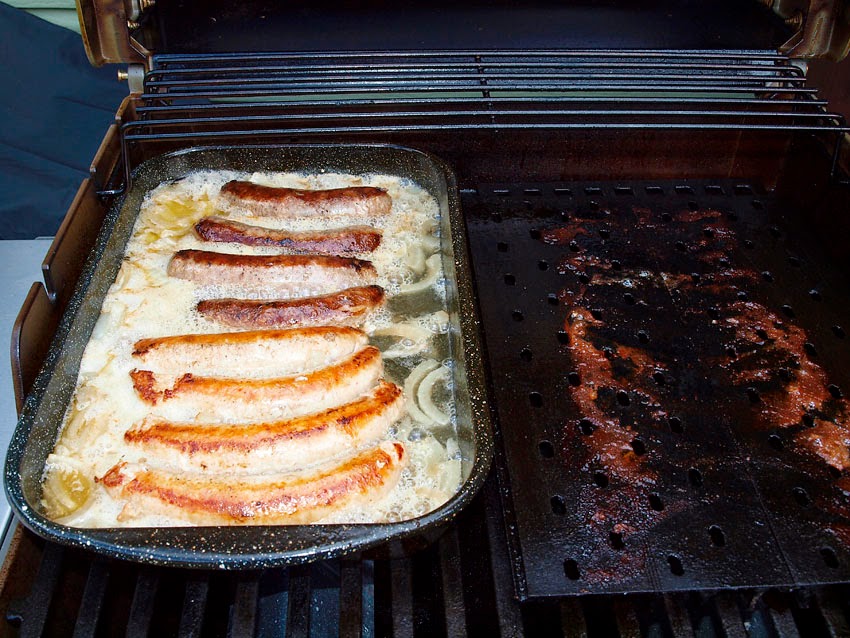 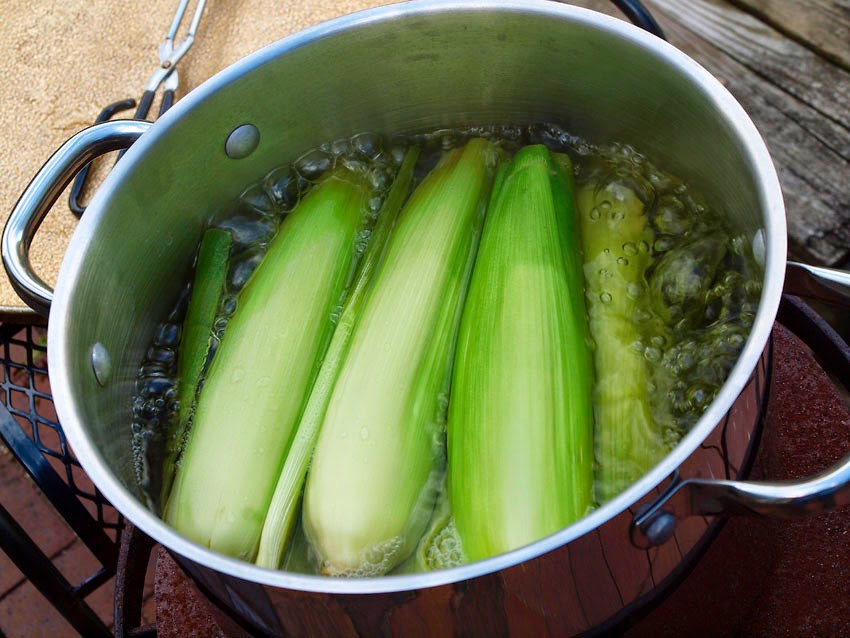 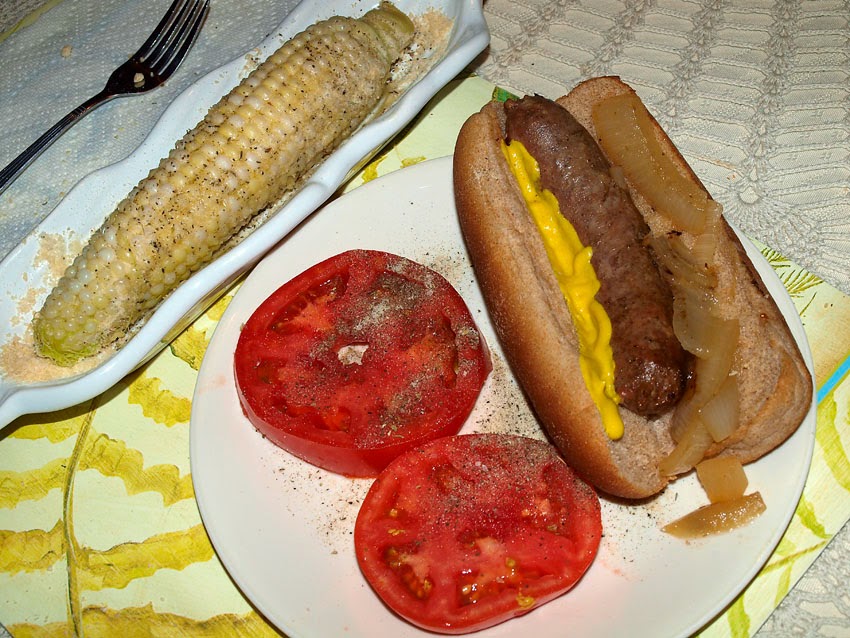 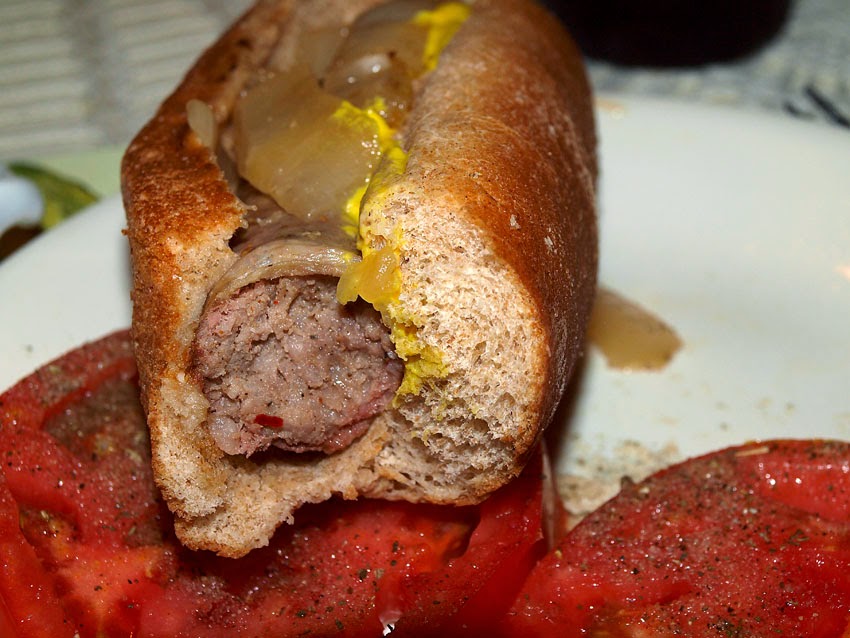