I took a day off helping the son with his fence. I needed to trim and mow the yard. At first I planned on getting carry ins for supper. Then I had an idea for having two of my favorite summer things that would be an easy cook.

So I was off to the grocery to get some bread, mozzarella and Romaine lettuce, then I stopped and got 6 ears of corn from Sutters, then off to my butcher Kah Meats for a pound of bacon. I would have BLT caprese style sandwiches and corn on the cob. The girl at Sutters was still unloading her morning pick. The first time I got corn she said it was extra good this year from the nice spring rains we had.

When I got done with the yard work it was about time to get the bacon in my Traeger. It is the best bacon fryer there is, just put it in at about 300 deg. and let cook. You don’t even have to turn it. I think it is a little healthier too since the rendered fat runs off.

I husked 4 ears of corn and steamed them in my rice cooker. I could just barely get 4 ears in. I like using the rice cooker, when it is done steaming for a set time it goes to warm hold.

I got the tomatoes, mozzarella, and lettuce ready and toasted the bread for our sandwiches. I smeared some good mayonnaise on the bread then a generous amount of bacon, a layer of mozzarella and then under the broiler to melt over the bacon. On top of that went a tomato slice, some fresh basil leaves, a drizzle of olive oil and a piece of Romaine lettuce.

Did that ever hit the spot! We both thought the mozzarella and basil was good on the BLT and the corn was extra good and sweet. We had butter, Penzey’s sandwich sprinkle and parmesan on the corn.

I thought this second batch of corn I steamed was much better over the first that I boiled in water. 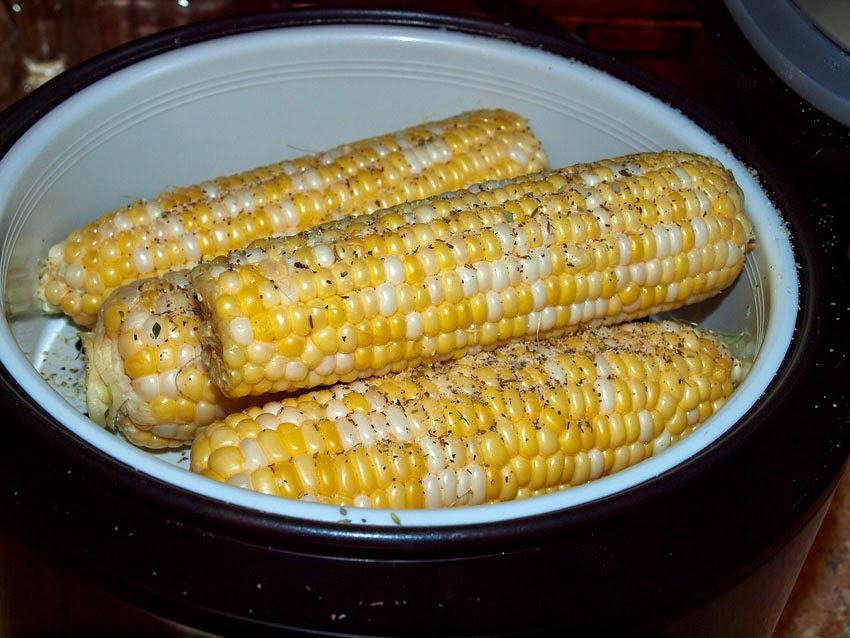 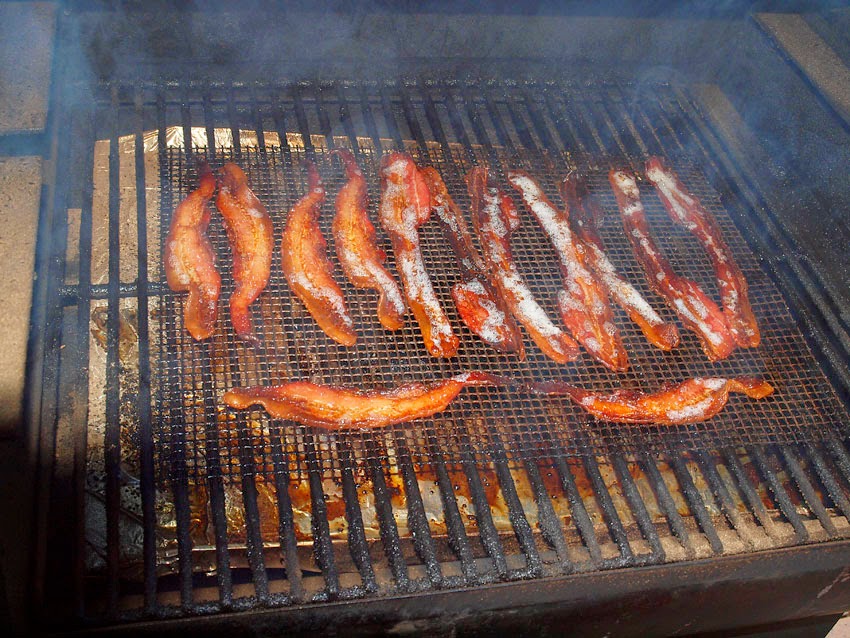 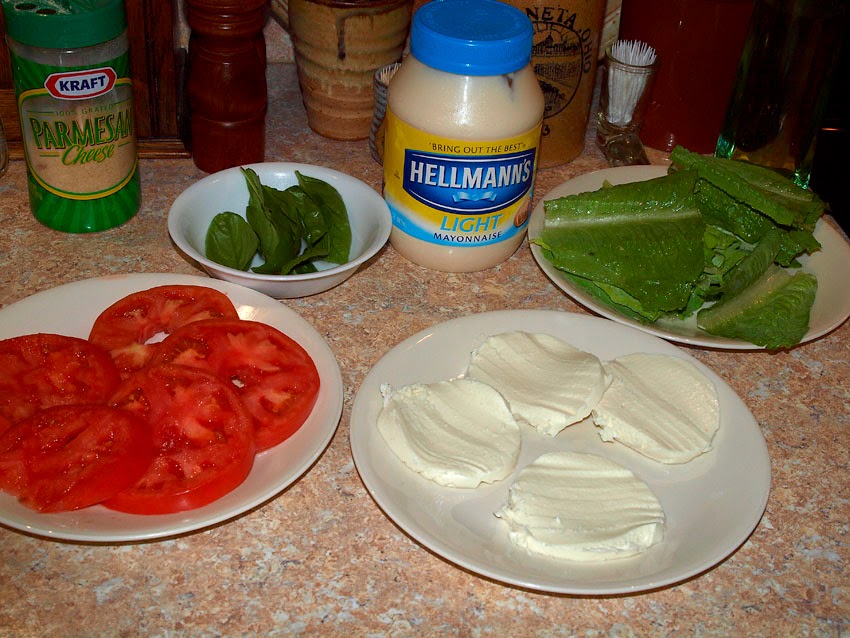 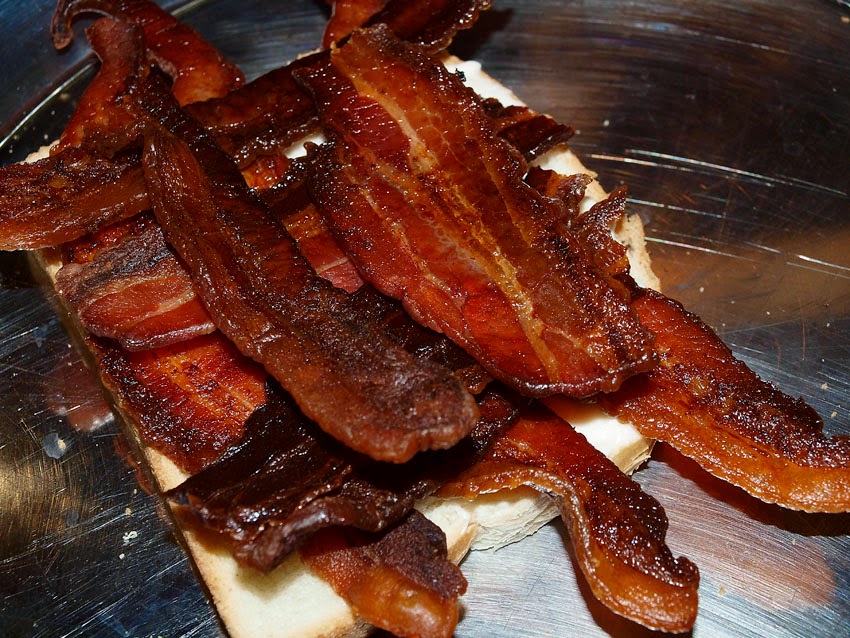 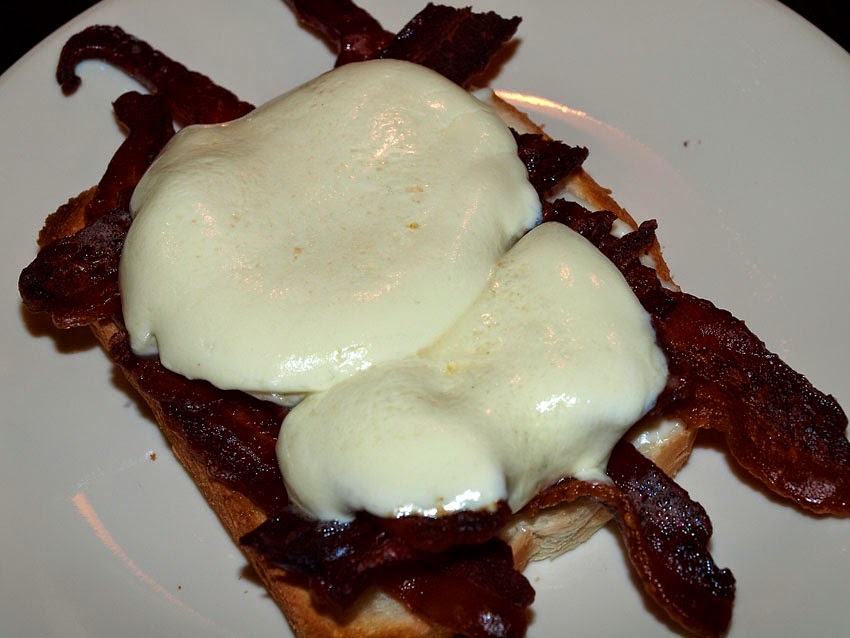 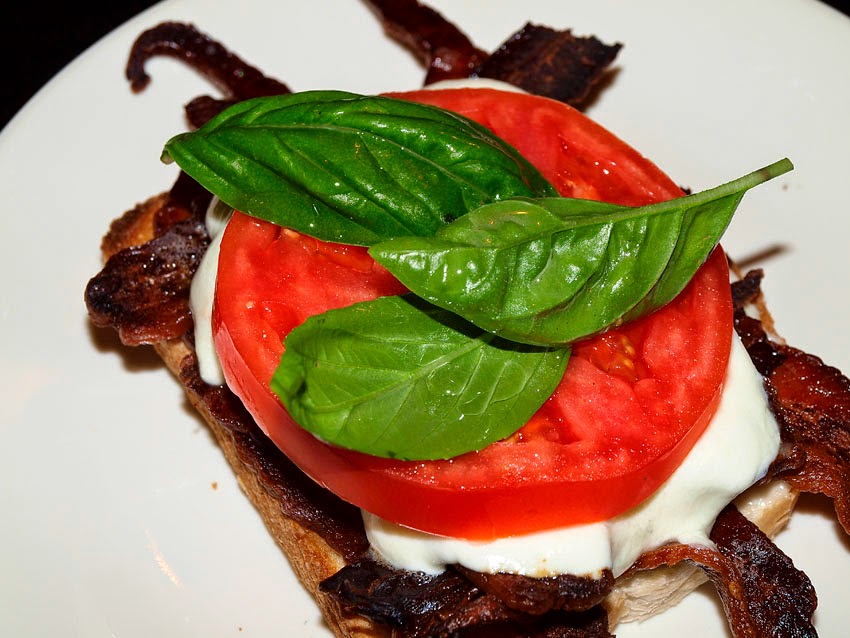 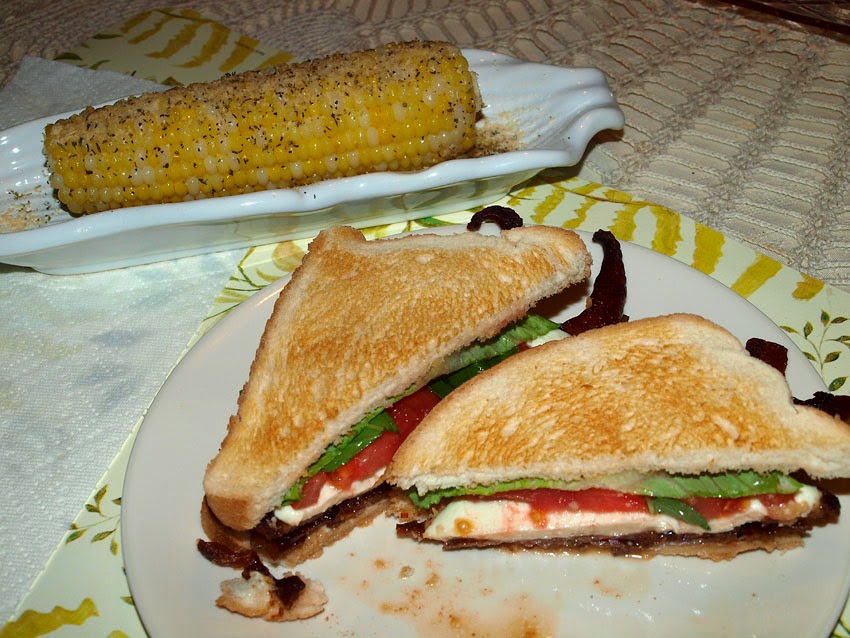 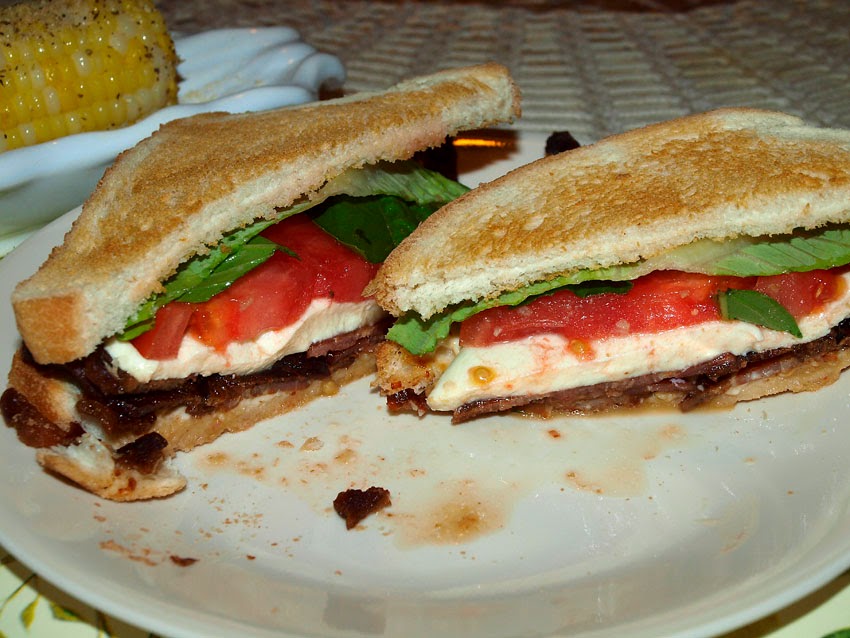