I used the pulled pork I did yesterday and some of Sandman’s coffee bacon for a great sandwich; made some slaw and a new potato dish for the first time, salt and vinegar potatoes.

I did the bacon after lunch on my Traeger at 300 deg. It took about 40 minutes to get it nice and crispy the way I like. After I did the bacon I took a short power nap and then sliced up some cabbage for slaw.

The salt and vinegar potato recipe I found on Food52.com by melissav. It sounded good and looked like it was easy to make. It called for two pounds of gold potatoes sliced ¼ inch thick; boil them in white vinegar for 5 minutes then set off the burner for 20 minutes. I used red potatoes. Thinly slice about 2 cups red onion in a bowl, I used Vidalia onions. Drain the potatoes over the onions and set aside to marinate. Return the potatoes to the pan and coat with about 2 TBS. olive oil.

Spread the potatoes in a single layer on a cookie sheet and brown up under the broiler. It took about 6 minutes and then I turned them for another 6 minutes. Place them in a bowl and pour a dressing mixed up from ¼ cup olive oil, ¼ cup apple cider vinegar, 1 TBS. Dijon mustard, 1 TBS. capers, 1 TBS minced chives, 1 TBS capers, salt and pepper. Drain the onions and add them in stir to mix well. Let it sit at least 20 minutes for the potatoes to soak up the dressing. Serve or set aside for later use. I didn’t add the capers since I am the only one that likes them.

I made up some sauce for my sandwich with 1 TBS each of brown sugar, smoky horseradish sauce, ketchup, Dijon mustard and 4 or 5 drops of Cholula hot sauce. I wanted something a little sweet to balance the cider vinegar in the pork and I knew the potatoes would be sour.

It took a little prep but making our supper only took about 15 minutes. I toasted some buns sprayed with olive oil on my griddle and reheated the pork in the microwave. I made the sandwiches with two slices of the bacon and a generous pile of pulled pork. My wife had Kah’s BBQ sauce on hers and I had my sauce on mine. My wife ended up adding the slaw to her sandwich, she likes big ole messy sandwiches.

The potatoes were good and we both liked them but a little sour for me, may add some brown sugar to the dressing next time. For me the addition of the bacon to the sandwich just might be the ultimate pulled pork sandwich.

Bacon on the smoker 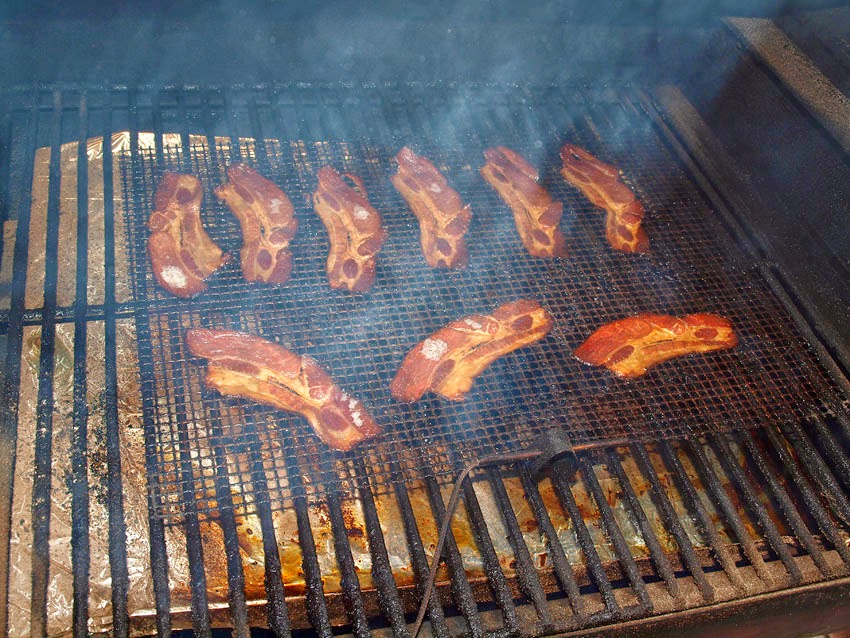 Looked so good had to show again 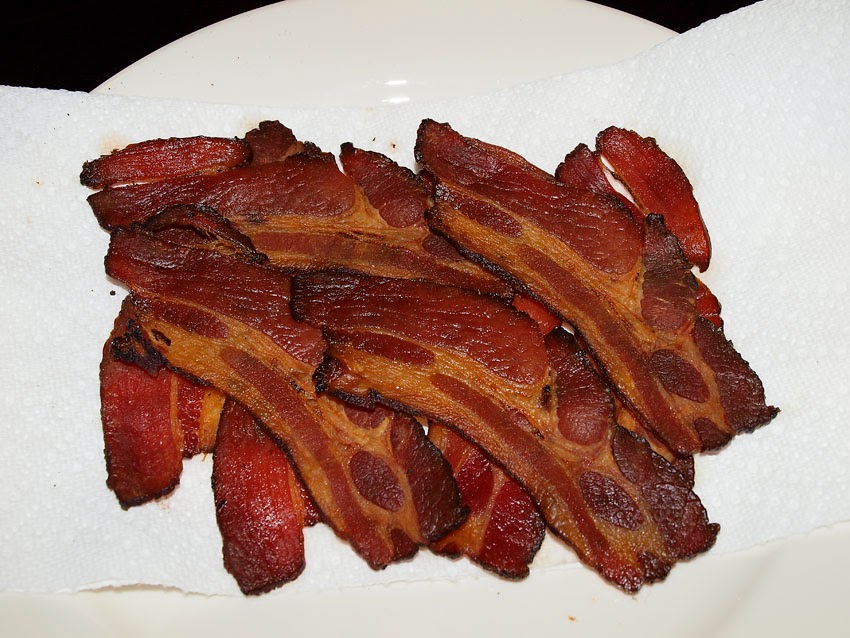 Cabbage for the slaw 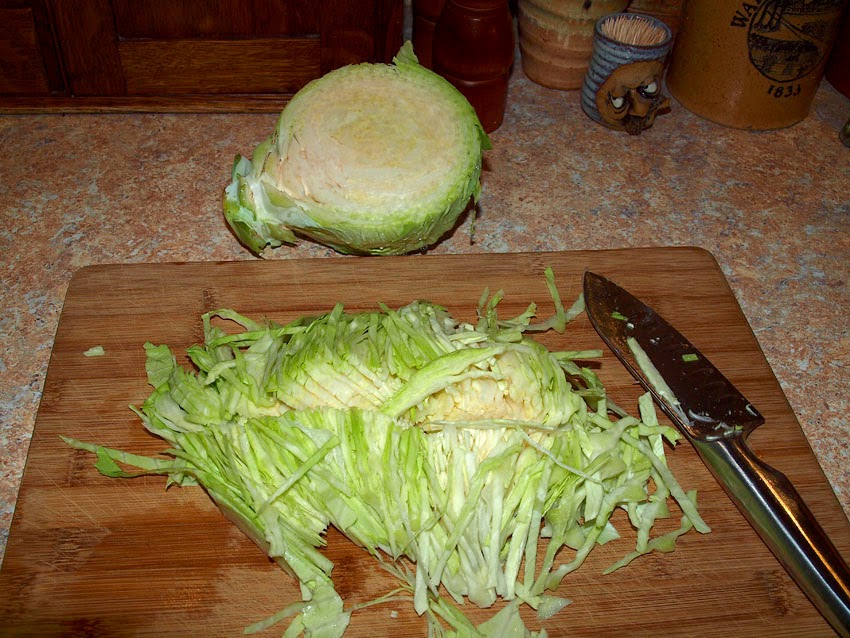 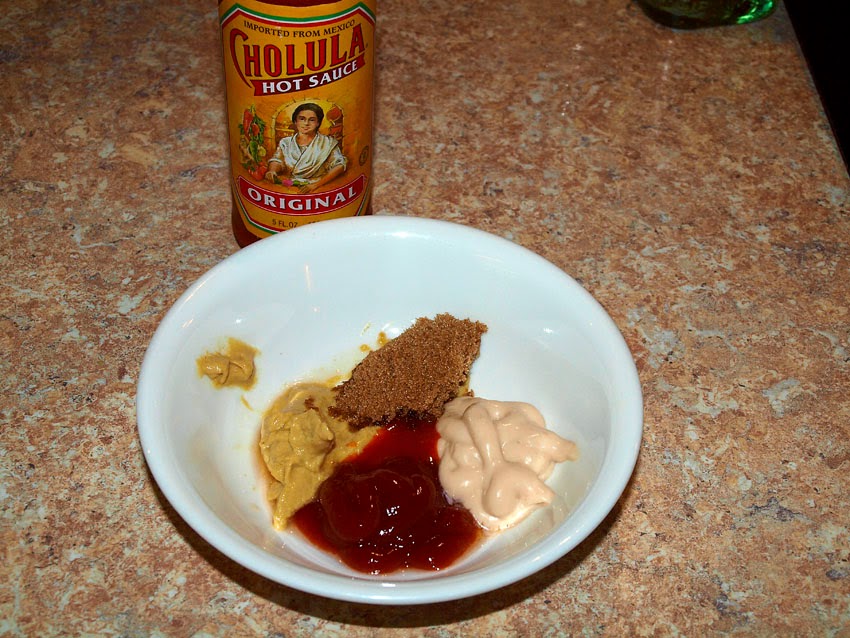 Potatoes in the vinegar 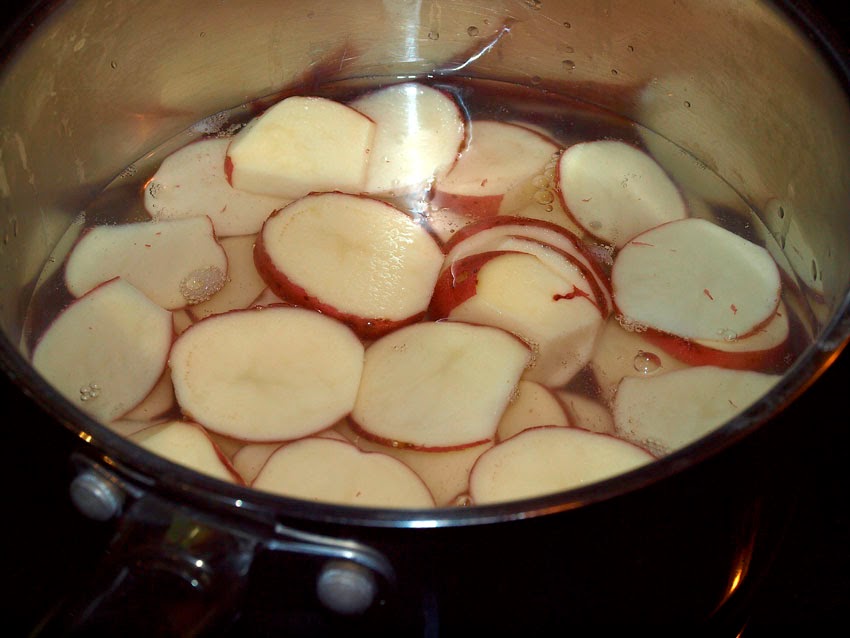 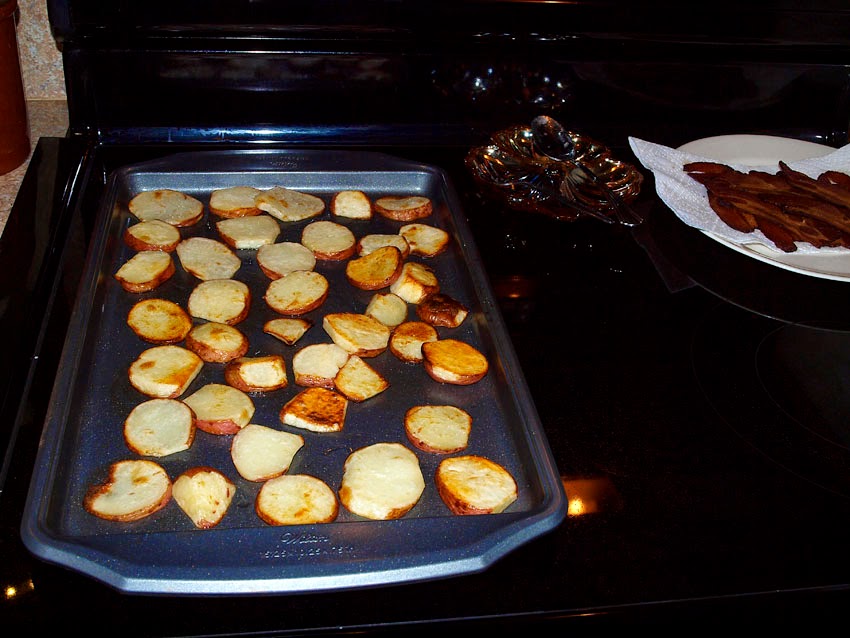 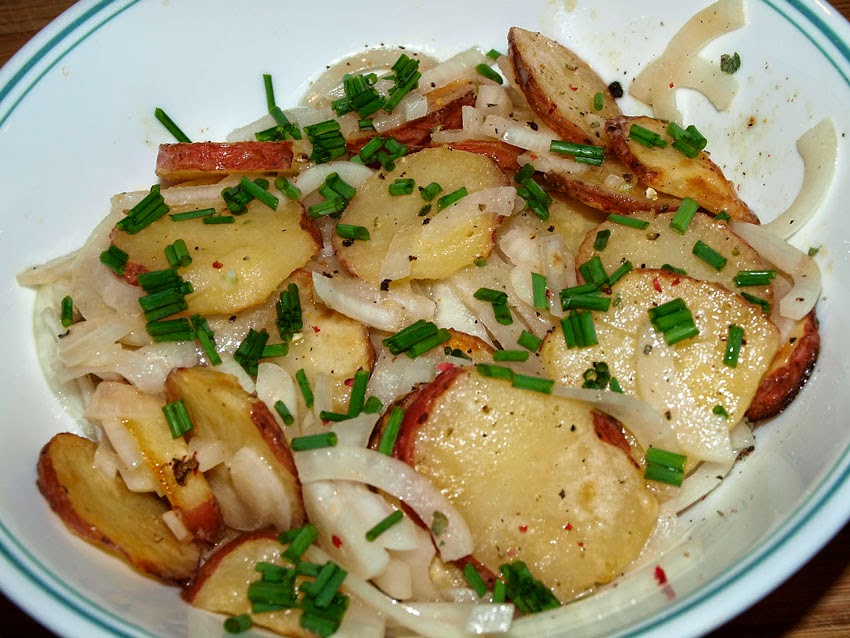 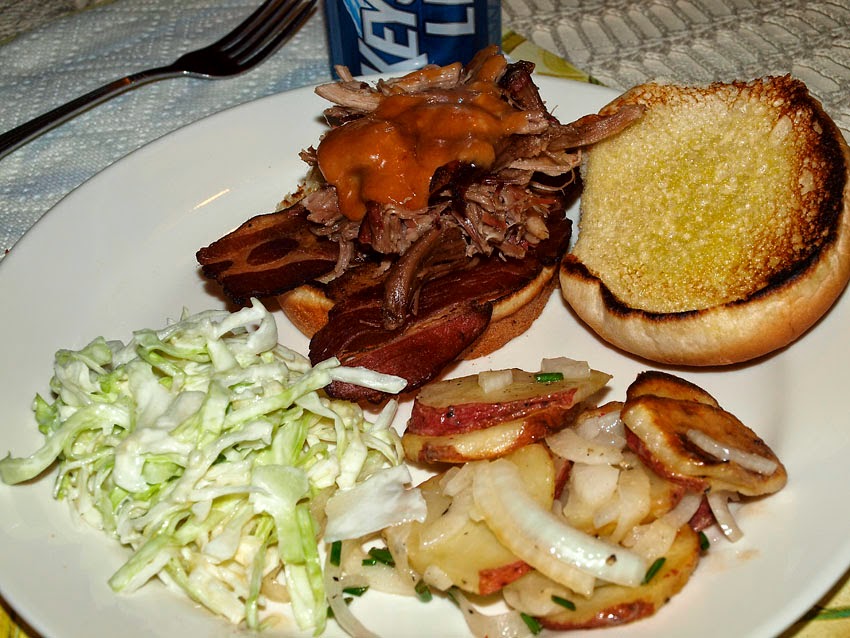