I went to Sams club Sat. with the idea of getting some type of beef to do. I came home with a package of pork loin back boneless ribs. The first I had seen this cut and wanted to try them. I looked them up and found it was cut from the top of the back ribs. I couldn’t find any methods for cooking and it varies from grilling fast to smoking low and slow for country style ribs that usually are cut from pork butt. I decided to do mine on my Traeger 1 ½ hours on smoke 170 deg., foil for 1 ½ hours at 250 deg. and un-foil for an hour at 270 deg.

When I got the ribs out of the package they looked to me as if they were just fileted from a section of whole loin about 1 ¼ inches thick; then sliced part way through to look like rib sections. One of the pieces had a thin fat cap and the other was no fat. I wet them down with a little red wine vinegar and coated well with Penzey’s Galena St. rub on both sides. I covered with saran wrap and in the fridge for about 6 hours.

I got them on my smoker at 2:00 for a 6:00 supper time. After 1 ½ hours at 170 deg.; I coated one with some of my butcher’s BBQ sauce and the other with some blackstrap molasses. Both were foiled and back in for 1 ½ hours at 250 deg. I took them out of the foil and back on the smoker at 270 deg. and after 15 minutes I coated with more sauce. The one with molasses I sprinkled on some more rub and a little dried garlic flakes. With a ½ hour to go they were done so I dropped back to smoke mode to hold until I finished the potatoes and some Naan bread.

The potatoes were what we always called a hobo pack. I coated two layers of foil with some olive oil spray, 3 thin slices of sweet onion, sliced yellow potatoes, sliced carrots, a few pats of butter and seasoned with Penzey’s Fox Point seasoning. I wrapped and used a toothpick to poke a couple holes in it. It went on my Weber gas grill I had one burner on at 350 deg. It went on the burner side for 15 minutes then on the indirect side to finish, 1 hour total.

The Naan bread I drizzled on some olive oil and coated well with some Lebanese Za’atar and on the indirect side of the gas grill for 5 minutes.

It was a pretty good supper. The lean ribs without the fat cap were too dry. The other ones I had used molasses on were great, a little crispy coat, moist and tender. This was the first time I had used just molasses and rub and will use it on BB’s and spares sometime. I doubt if I will ever buy this style of boneless ribs again.

I know it’s a lot of pics for something that didn’t turn out great and I won’t be doing again but I thought they were purdy! 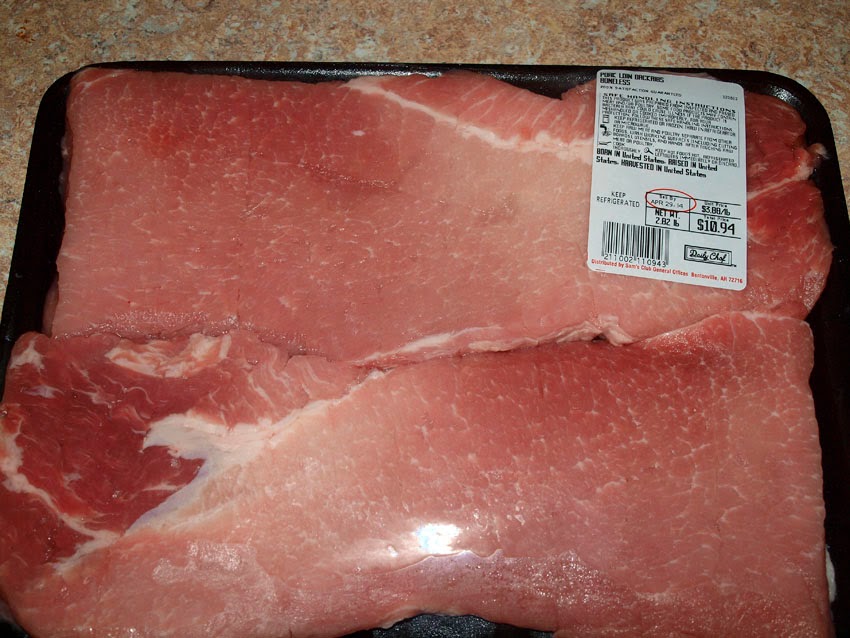 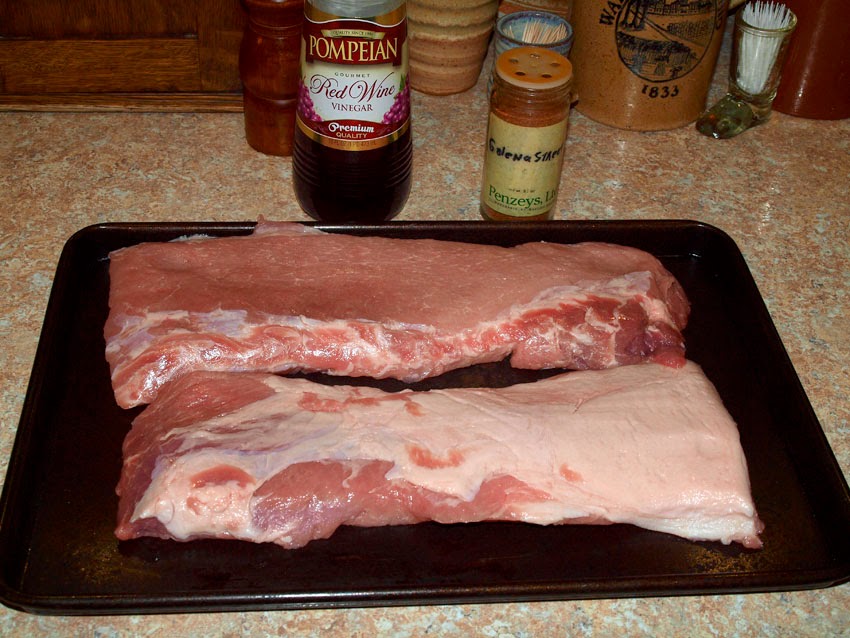 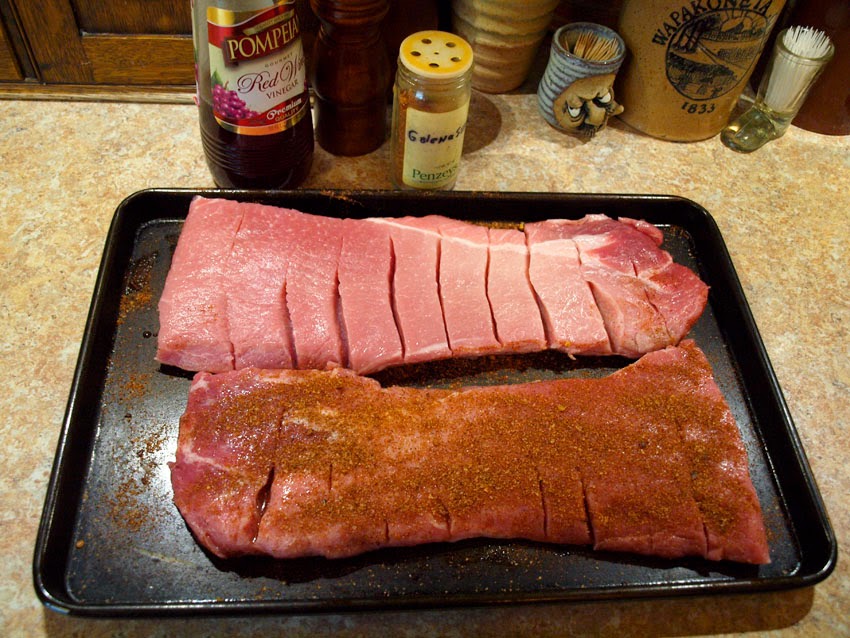 6 hours marinade, ready for the smoker 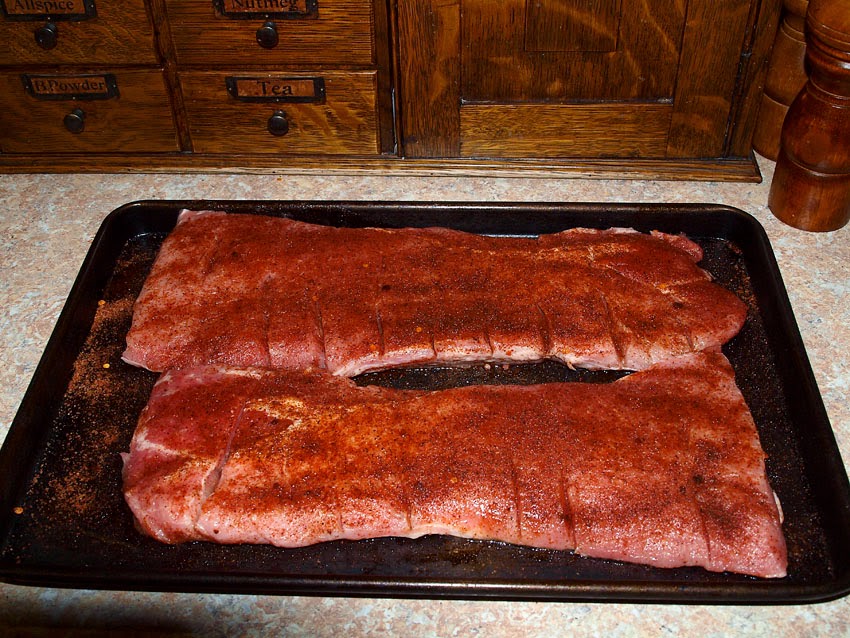 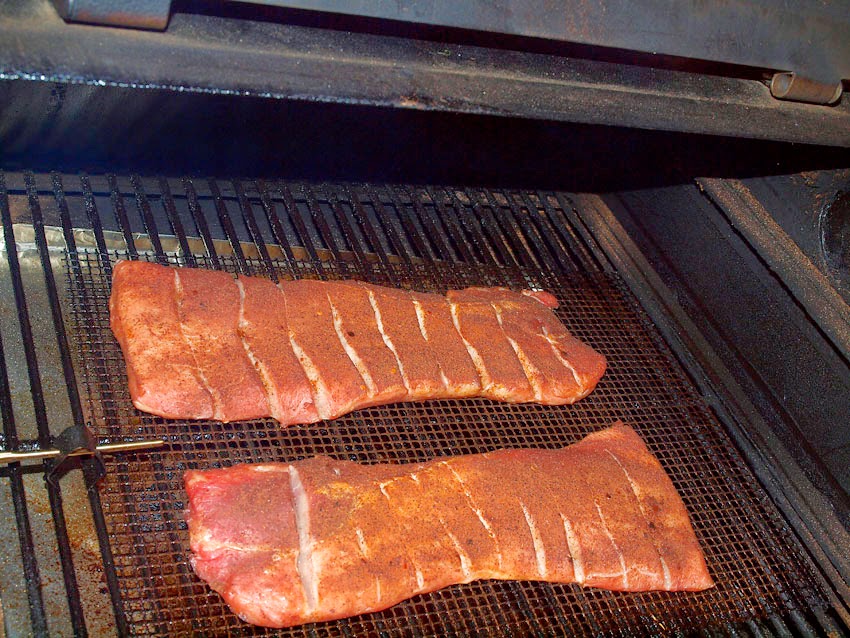 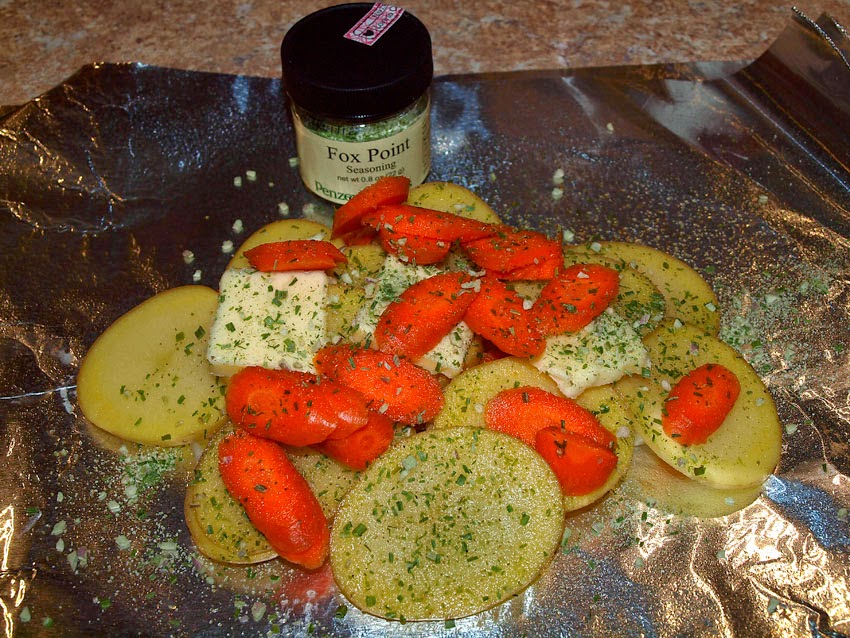 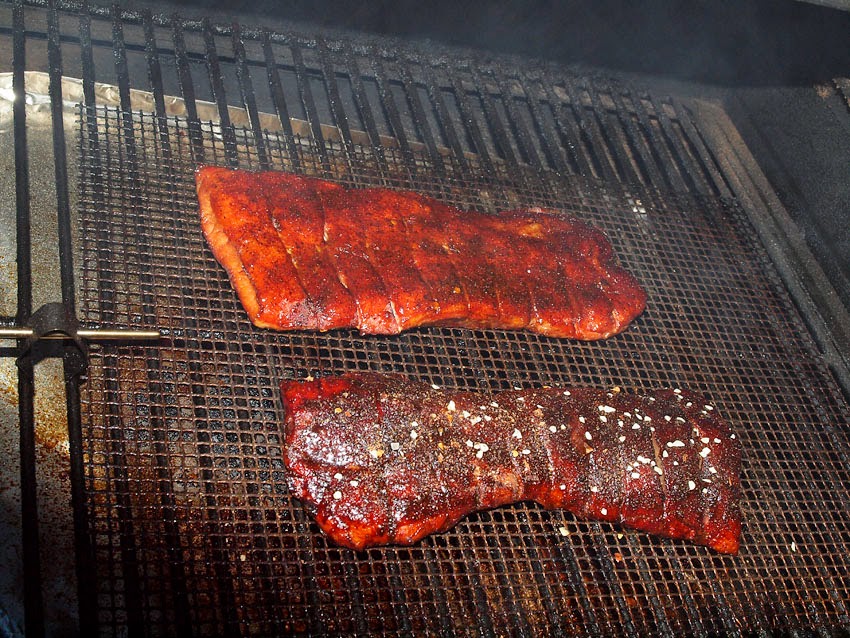 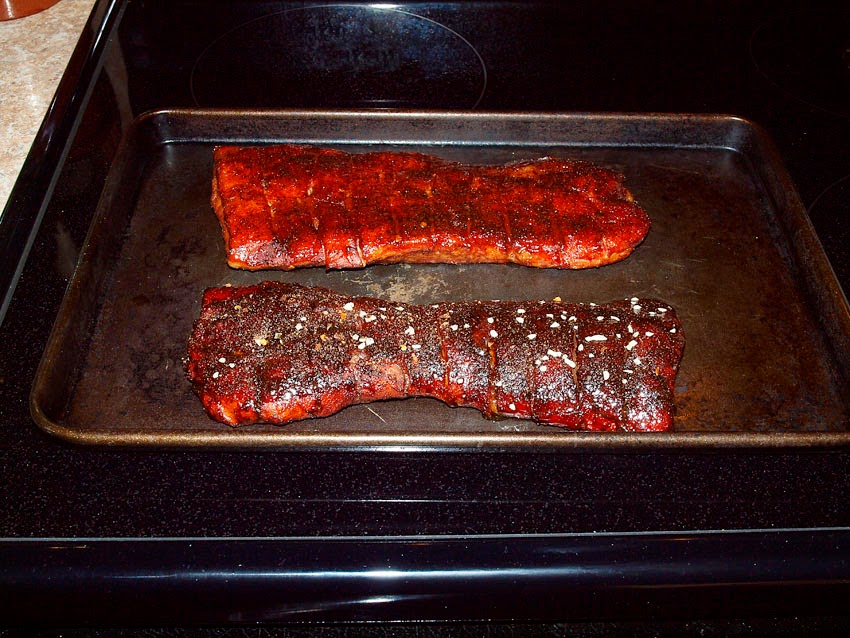 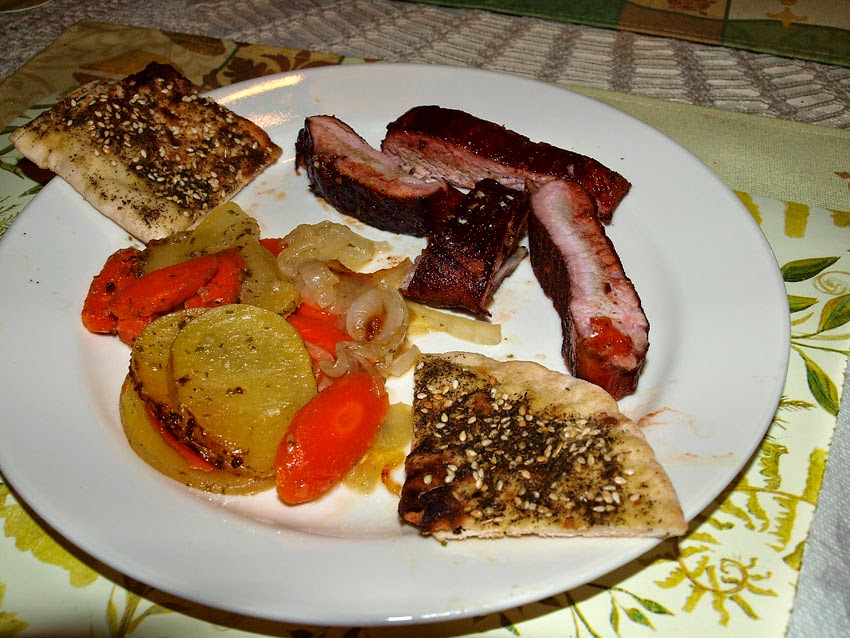