I have had these in mind for a long time. Growing up in the 50’s the County fair was a yearly highlight. A deep fried corn dog painted with mustard was my favorite treat. I get hungry for one once in a while.

I thought why not just wrap them in a corn tortilla and do them on the smoker. It was just the wife and me tonight. I had potatoes so I used a weber foil pan, just right for small helpings; I sprayed with some olive oil and covered the bottom with sliced sweet onions. I nuked the potatoes the smashed and added to the pan. I had room for some carrots so I sliced two small ones with a veggie peeler and added them.

I melted some butter and poured over the potatoes and seasoned with some WOW, salt and pepper. They went on my Traeger I had heated to 225 deg. grill level. I eased the temp up to 370 deg. over the next half hour.

I had slashed the dogs on both sides and they went on grill grates about 10 minutes per side. I folded each with a corn tortilla, folded over the dog then some egg wash brushed on half, rolled up and secured with tooth picks. I then brushed on more of the egg wash. I had a little problem with the tortillas tearing. I did them for 5 min. on each side and they were ready to serve.

Onions, potatoes and carrots ready for the smoker 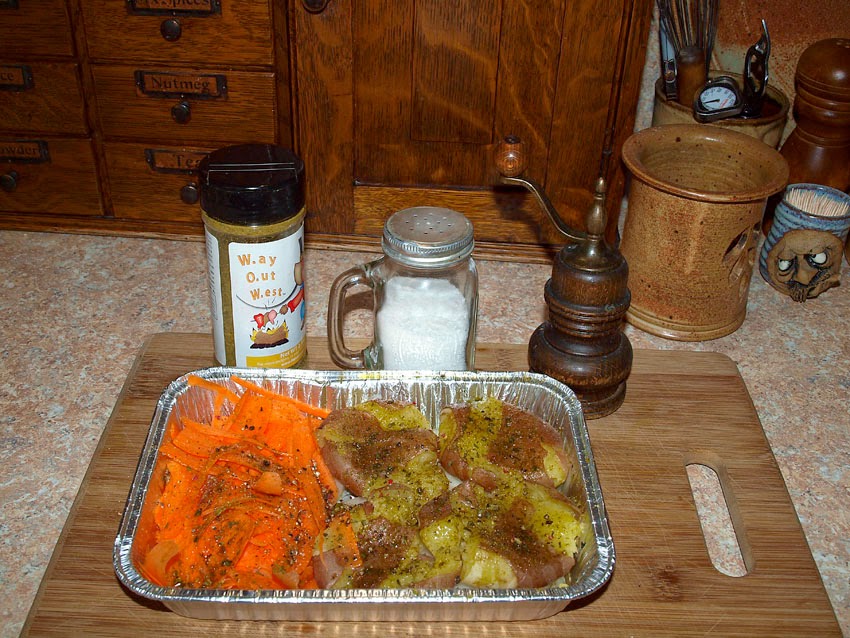 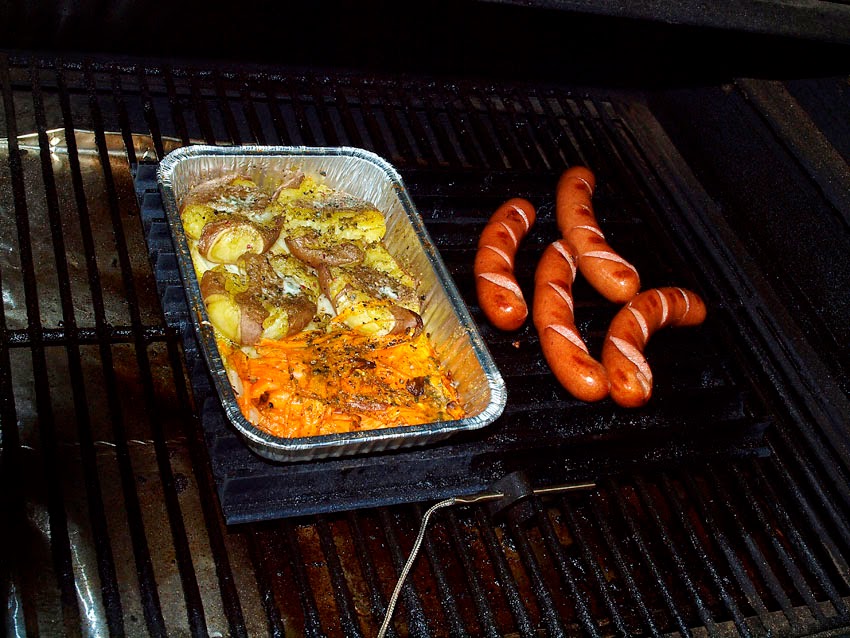 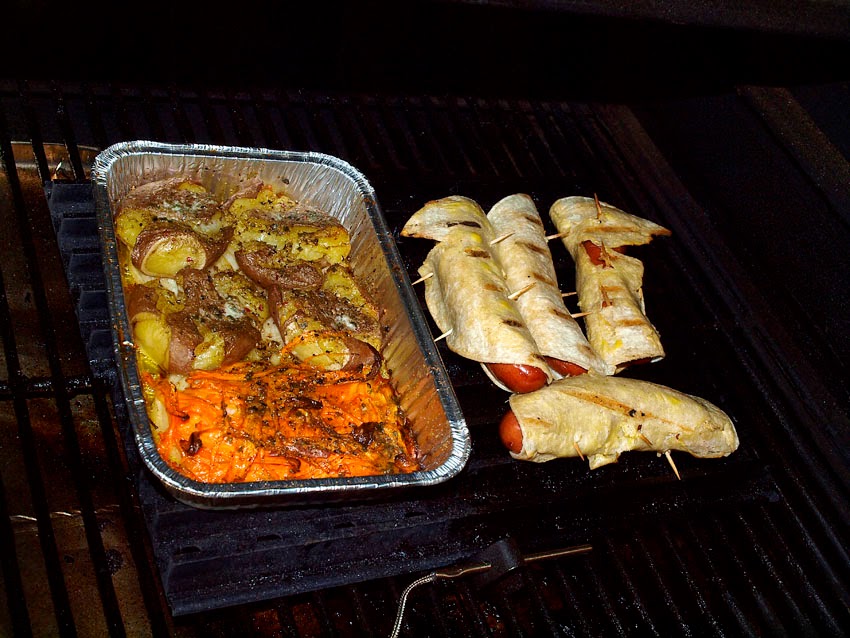 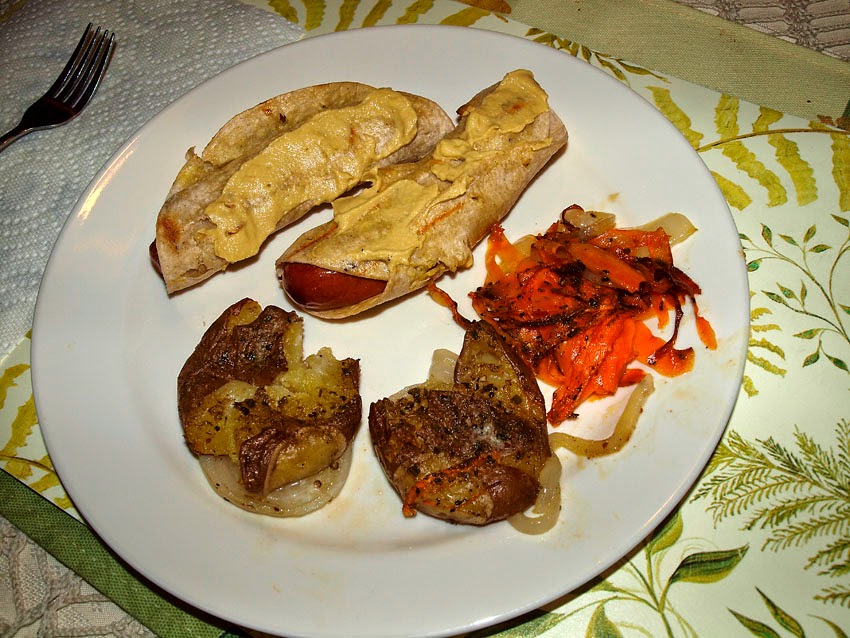