We made a trip over to see my 92 yr. old Mother today. We took her a cooler full of food , leftovers from my cooking. Most of it was vacuum sealed and frozen. She was doing well.

I had some of my butchers good thick cut bacon that needed used. I had leftover Greek ribs and potatosalata from last night’s supper. My wife just wanted a bacon sandwich but I wanted a bacon and rib sandwich.

I did the bacon on my Traeger; a pellet smoker is about the best way to fix bacon as far as I am concerned. It cooks nice and even and you can stop it right where you like your bacon, limp or crisp.
I turned mine once but you really don’t need to turn it. I like mine pretty crisp. I did it at about 290 deg. average at grill level and took an hour.

I had some Kaiser rolls to use up. They are a little thick so I just slice a thin cut out of the middle. I toasted them with a little olive oil. I cut the meat from two ribs and heated it up. It went on a bun coated with some mustard, then some bacon and a little lettuce.  The only thing that would have been better was a slice of tomato from the garden. I won’t ruin a sandwich with the hot house stuff we get here in the winter.

We had some of the leftover potatosalata and I had a pickled egg with mine. A bacon and rib sandwich just may be the ultimate; tasted great!!! 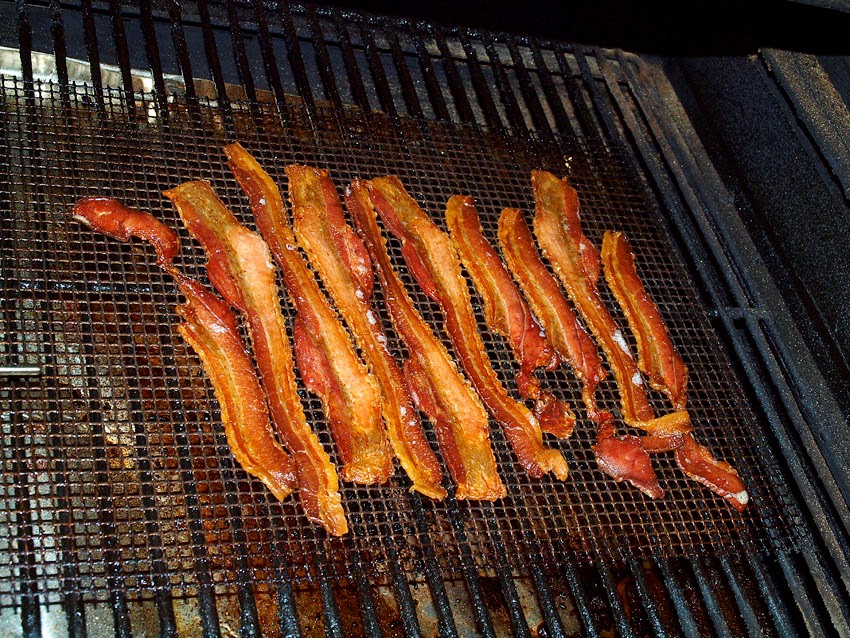 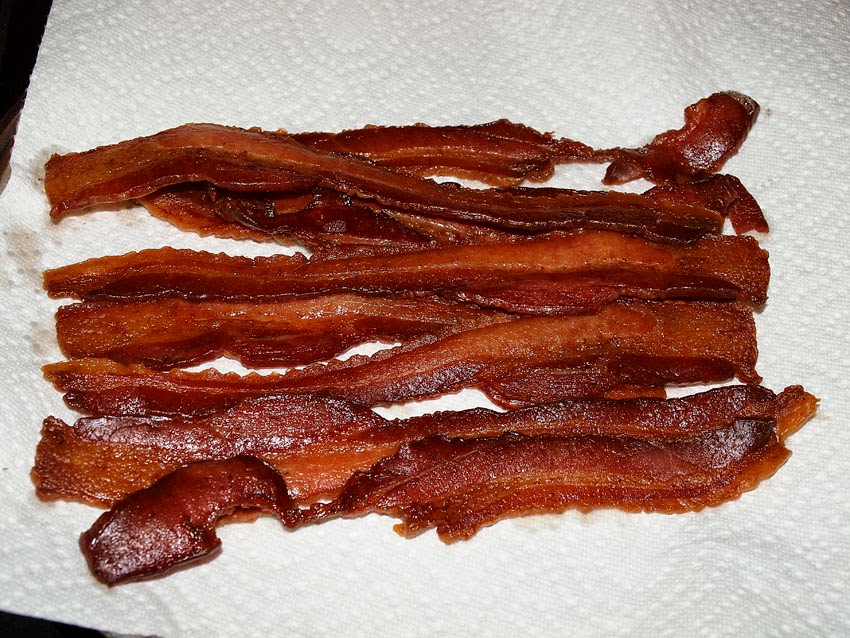 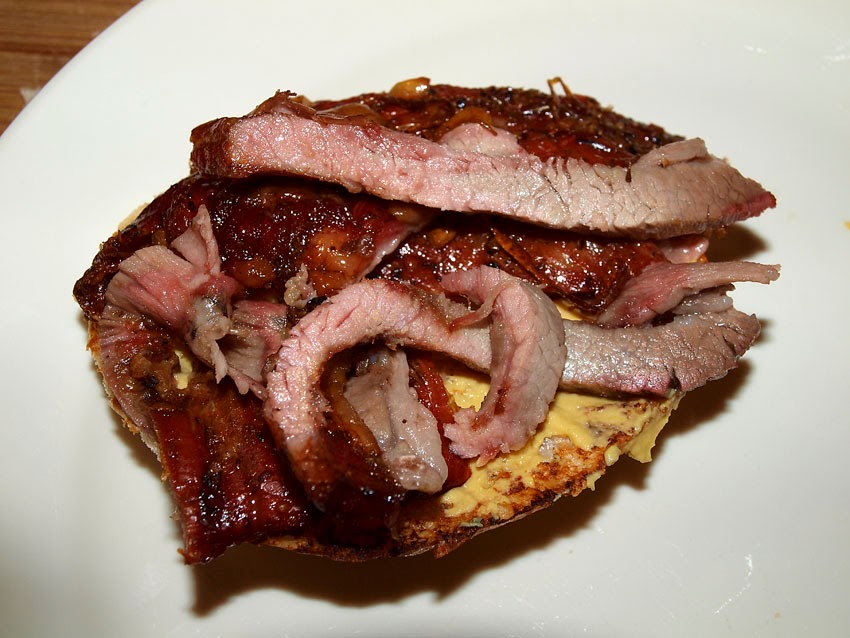 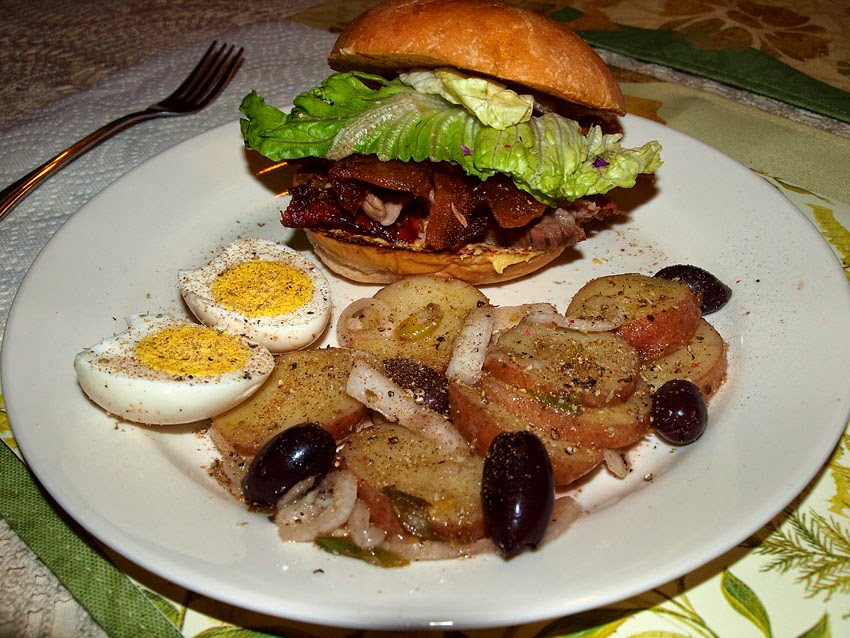