I was hungry for some ribs. I wanted BB’s but all my butcher had not frozen were spares so I went with them. I wanted some a little different so went with some Greek style. If I don’t do standard BBQ ribs these are my favorite.

My butcher had this rack trimmed out a little better than most of the time so all I did was cut the flap meat off. It would be a treat for the cook, dusted with Tatonka dust to see how I like it on ribs. I pulled the membrane and got it seasoned and plastic wrapped for about 4 hours in the fridge before smoking.

After lunch I boiled the potatoes for the potatosalata; and I used Cat Coras, from Foodnet, recipe. The potatoes were Ruby Sensations from Canada and turned out great. They have red skins but the flesh is more yellow than most red potatoes. I changed her recipe some; I used Penzey’s Greek salad seasoning, a Peru sweet onions instead of red, and added some lemon zest. After mixing all up I tasted and added some oregano.

I then par boiled some green beans for 3 minutes and then cooled with cold water. At supper time I coated them with a little flour and fried them in butter, olive oil and added some dried shallots, salt and pepper. They were in about 20 minutes on med. heat.

Ribs were good and tender. The wife thought the ribs were extra good. I loved the Tatonka dust on the flap meat; I gave my wife a bite and she said it was good. My next rib cook will be with Tatonka dust. 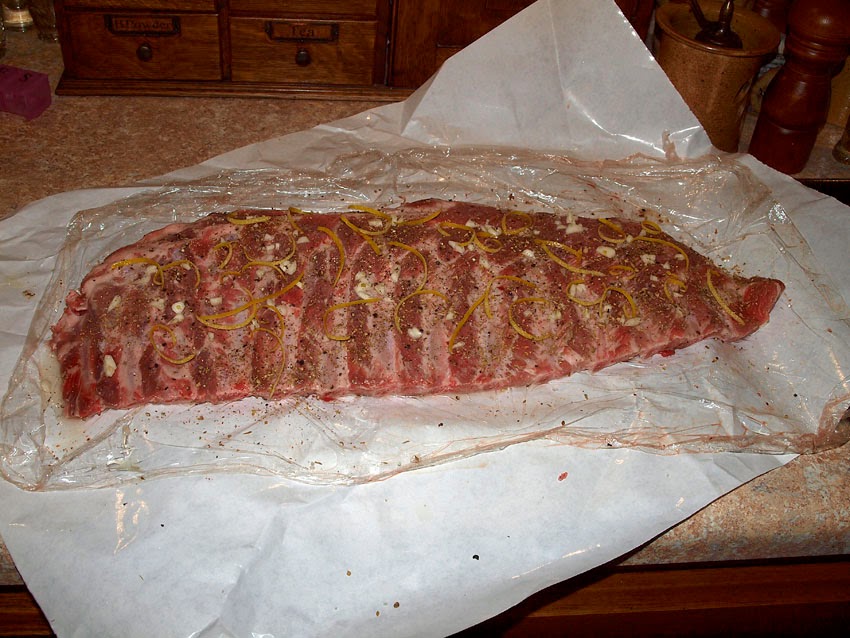 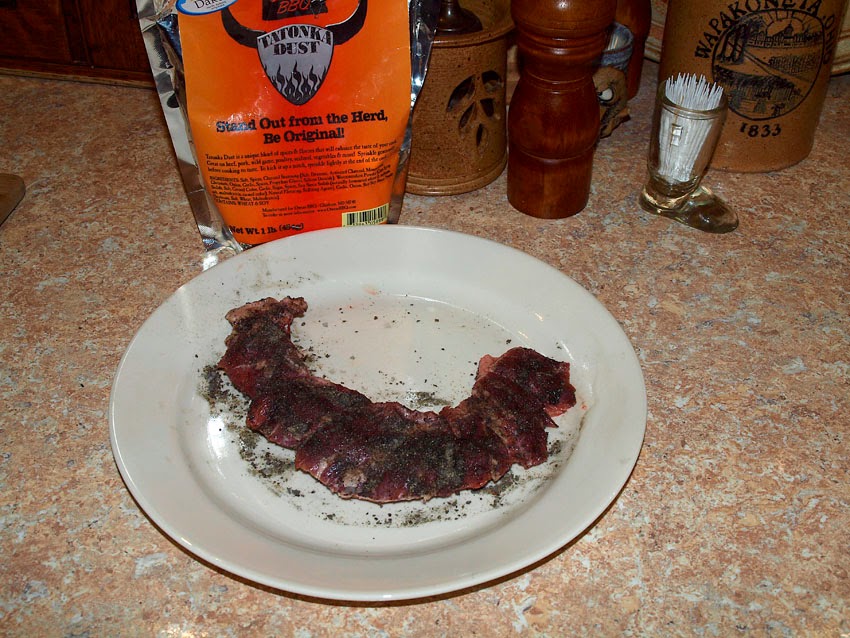 Onions for the salad 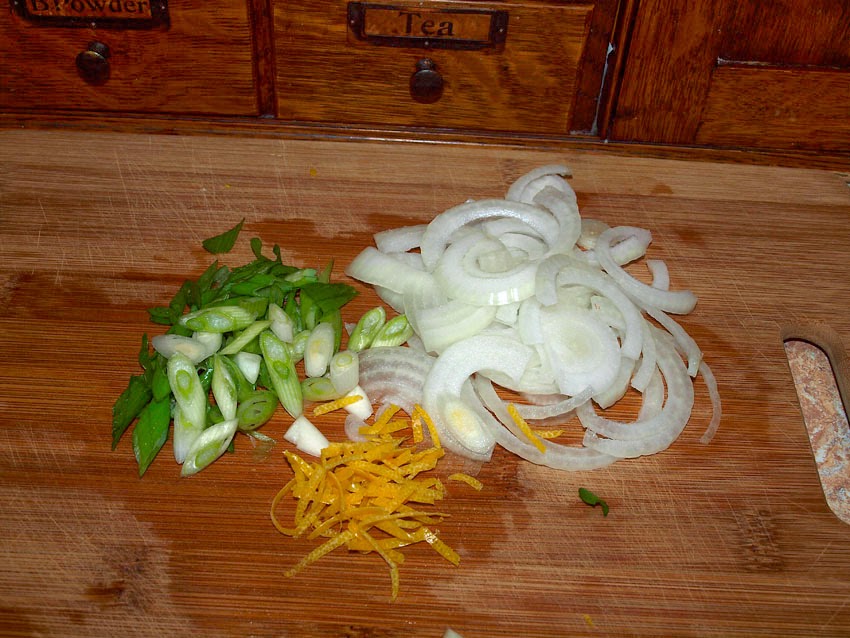 Potatosalata ready for the fridge 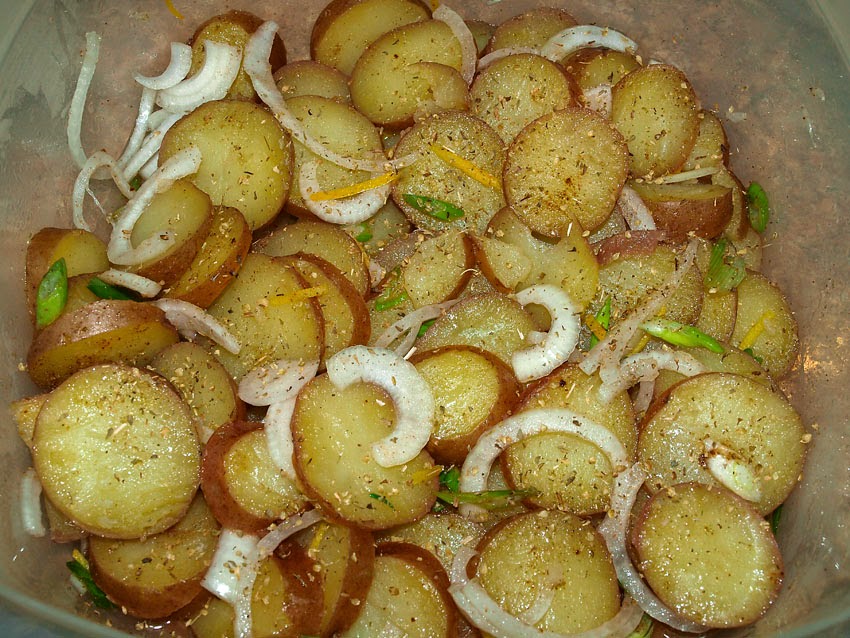 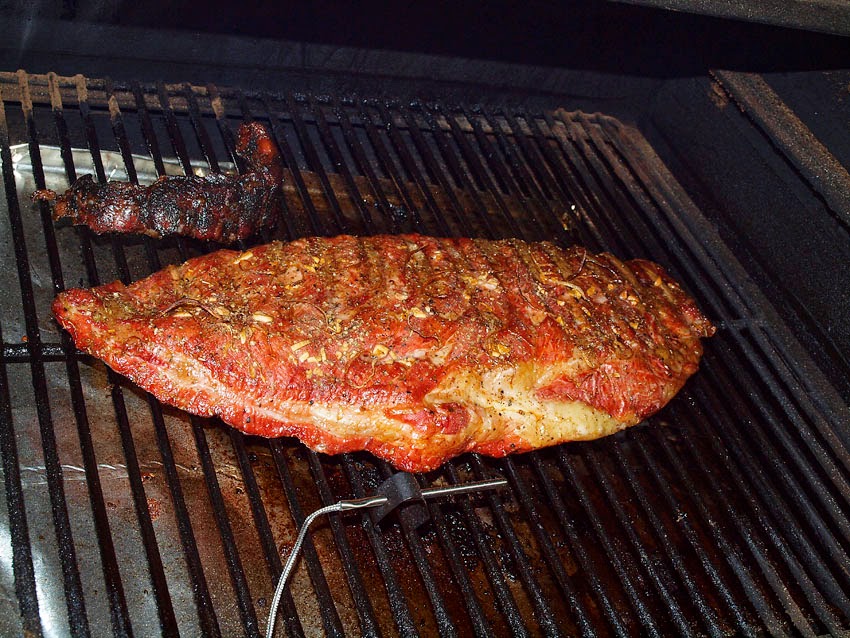 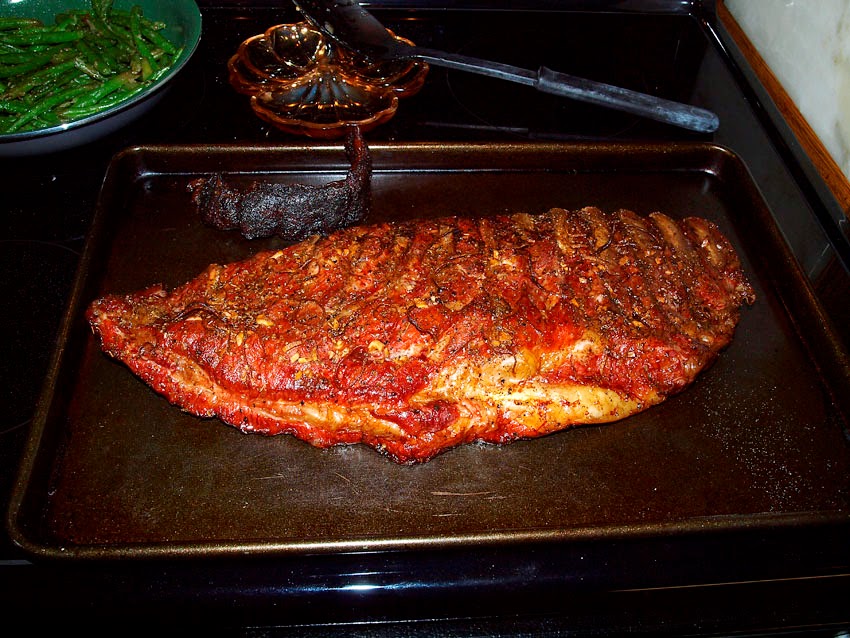