Last night I was watching the cooking channel and saw Trisha Yearwood make a chicken tortilla casserole. That girl can sing and cook! That would be my supper for tonight.

This am I went and got some chicken and what I needed for the casserole. I got a whole cut up chicken and got it in brine for about 2 hours then rinsed and dried and in the fridge an hour to dry some. I smoked it on my Traeger at 225 deg. grill level a half hour then went to about 340 deg. to finish. It took just under an hour to finish.

After it had cooled I pulled the meat from the breasts and thigh back pieces. That looked like plenty of meat for the casserole. I made up the chicken gravy and then it went in the mix with the green peppers, onions, garlic, sour cream and chicken broth and I just used 2 cups of the broth.

I made up the 3 layers of corn tortillas, chicken, cheese and sauce in a large casserole dish. You might note in her recipe it called for ½ cup shredded cheddar for each layer; that must have been a type error since it calls for 3 cups in the recipe ingredients. I used one cup for each layer. I baked it for about 40 minutes at 350 deg.

I followed Trisha’s recipe for cheater beans to serve too. I would have liked to use the bacon and bacon grease but our veggie daughter was stopping after work to eat so I just used olive oil. I sautéed some chopped onions and garlic, a can of pinto beans, about a half can of diced fire roasted tomatoes with some of the juice and a half 4 oz. can chopped green chilies.  I meant to add some cumin but forgot.

I served it all with some jarred salsa and tortilla strips on the side. We all liked it; the daughter in law ate two helpings of the casserole and some beans. This is a dish I will be making again!

Chicken on the smoker 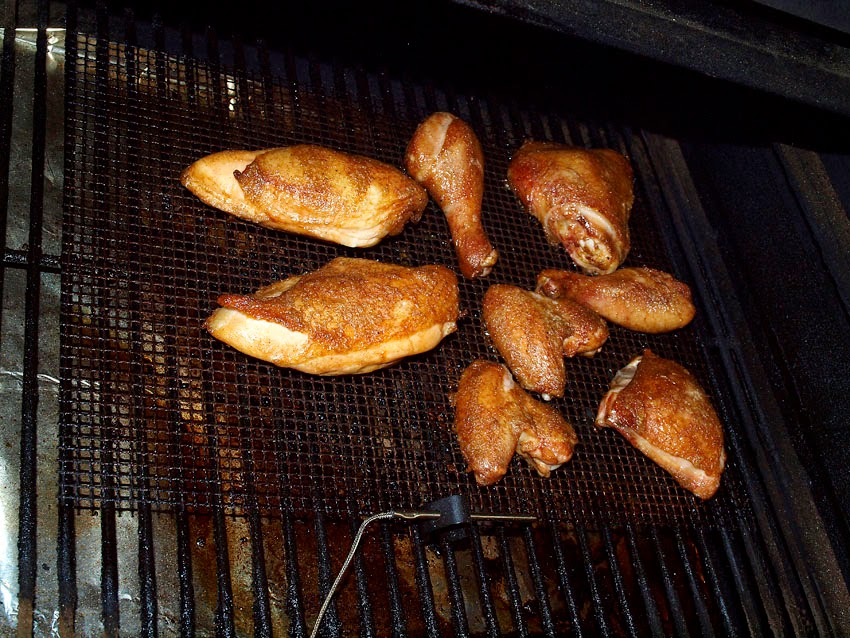 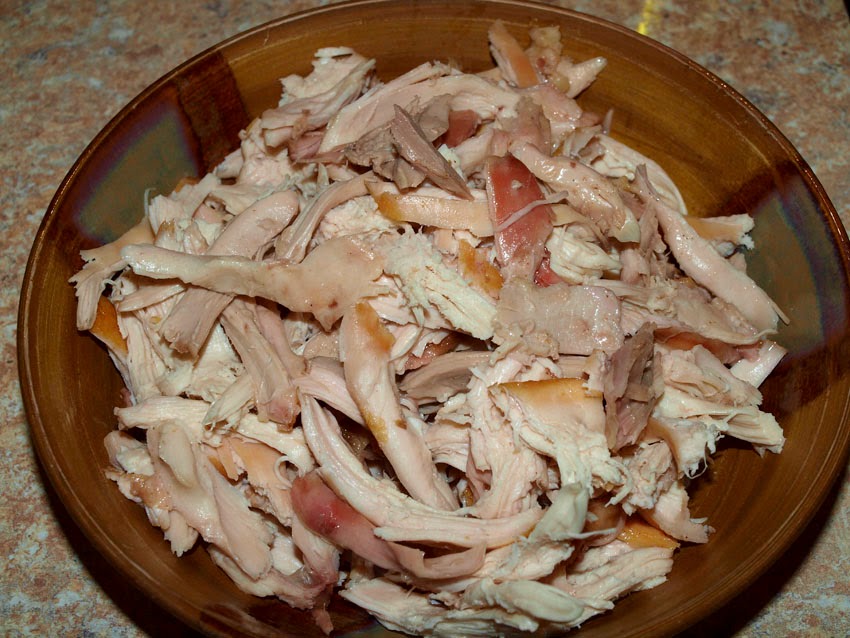 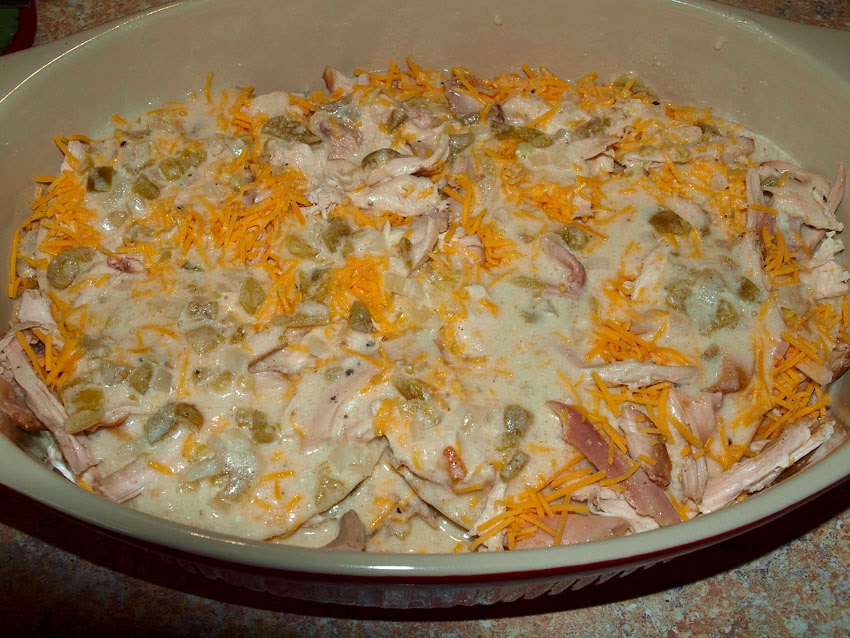 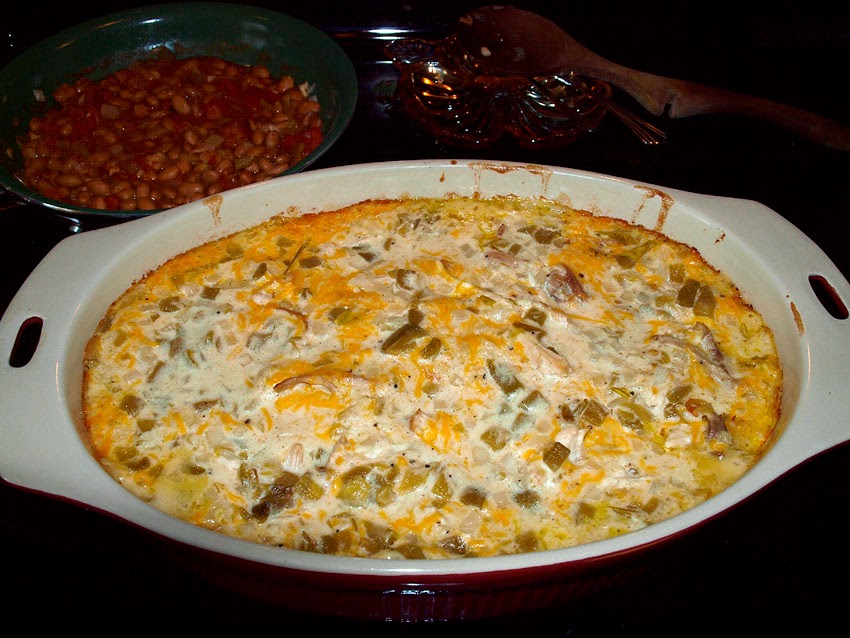 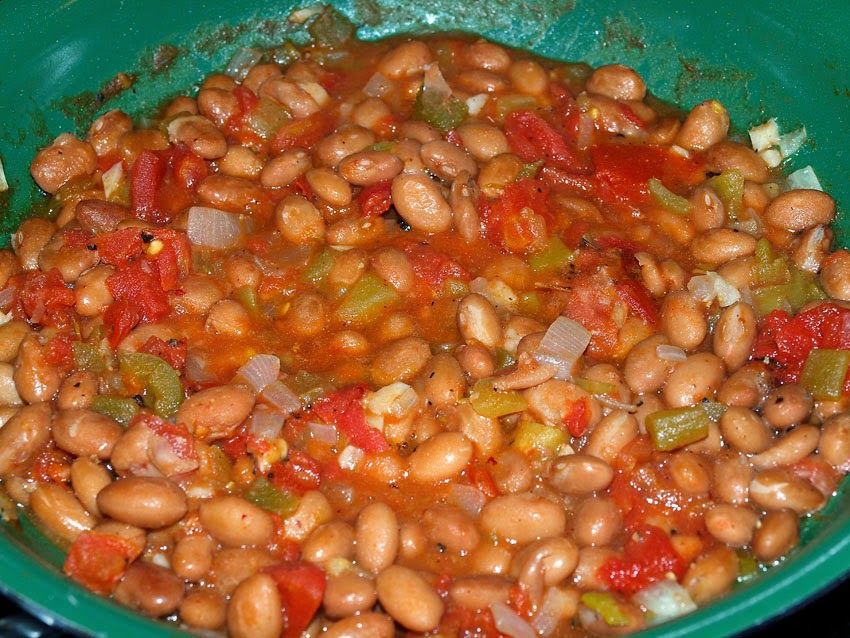 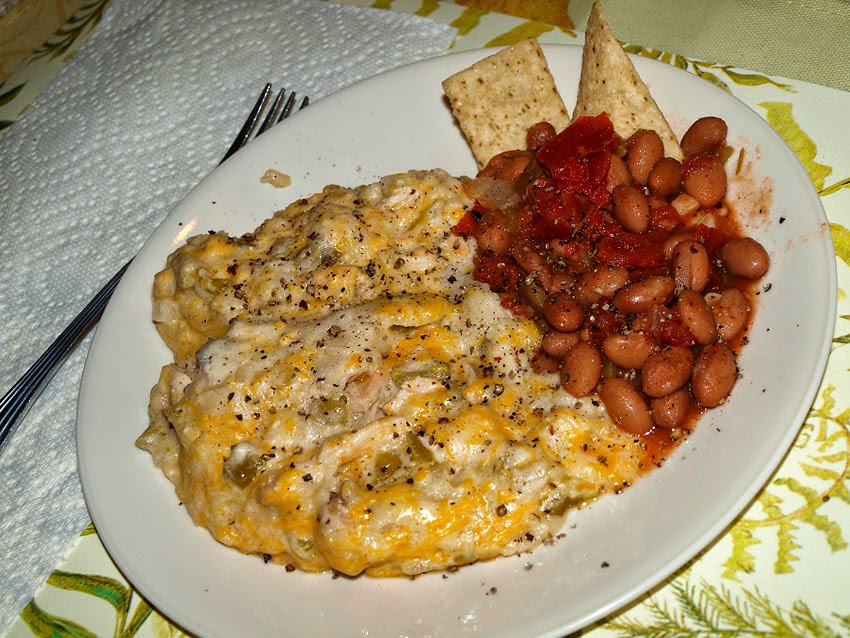 Email ThisBlogThis!Share to TwitterShare to FacebookShare to Pinterest
Labels: Casserole