This was my birthday supper; having had 72 it’s just like another day to me! But fellow Lets Talk BBQ member flyingbouchman helped make it a little more special. He had sent me two beers from Belgium, Maredsous 8 and Westvleteren 12. The Westvleteren is rated by many as the #1 beer in the world.
I saved it to have for my birthday, Thanks FB for a chance to try the #1 beer, it was a taste treat!

I was also going to try some Tatonka dust on some beef tenderloins I buy at Sam’s Club. Tasting the seasoning out of the bag I thought pretty hot but it tamed down some after cooking. I can’t wait to get outside to use it on some steaks but for now inside would have to do.

I baked a loaf of the bread in 5 in the morning; and made up some twice baked potatoes early so just had to reheat. I had some raw wild shrimp thawed and would do a Cajun shrimp fry. I drizzled some olive oil and lime juice over, Penzey’s Cajun seasoning, dried chives and dried garlic and let marinade about an hour before fixing.

The filling for the potatoes had some butter, sour cream, Hawaiian red sea salt, Penzey’s dried shallots and dried garlic all mashed up.  I browned some onion rings to use on top of the steaks; they would hold some shallot garlic butter I added when the steaks went in the oven.

I had my two skillets ready and the potatoes went in a 350 deg. oven for 40 minutes. The steaks I seared 3 to 4 minutes on each side and then in the oven for 12 minutes.  While they were in I fried up the shrimp. The last time I did these steaks I did for 10 minutes in the oven and was a tad rare for me, at 12 minutes these were too but I am more and more liking good steak on the rare side.

For me this was a perfect birthday supper, surf and turf. I tried some great new seasoning for beef and next time will go a little heavier on the Tatonka Dust as it was not as hot as I thought. It really compliments beef. On top of that I got to try the #1 beer in the world, thanks to FB!

After supper the kids stopped in for some good chocolate cake and Dairy Queen, I went to bed stuffed!

The photos should explain themselves 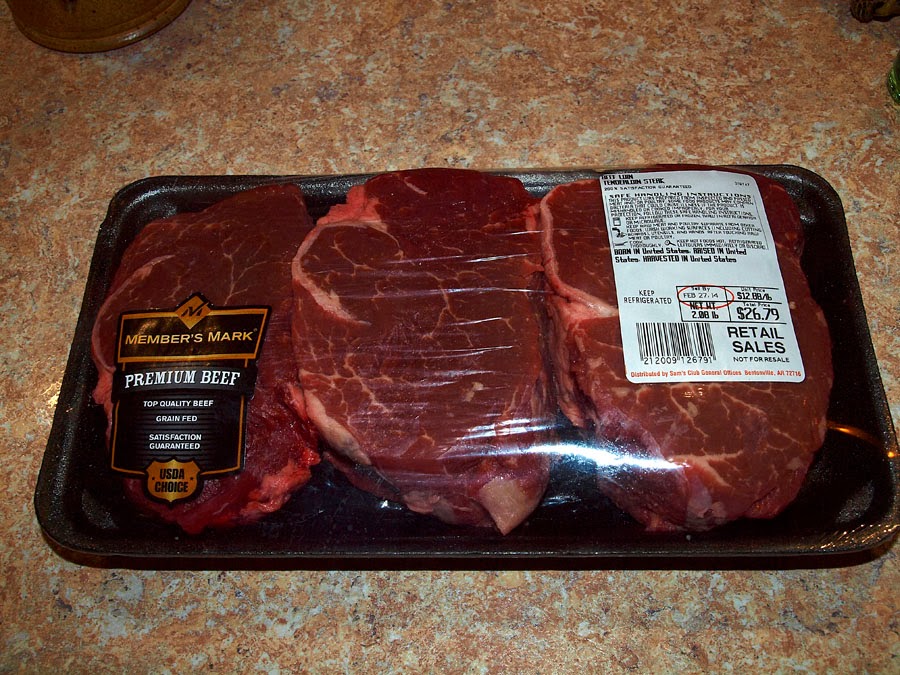 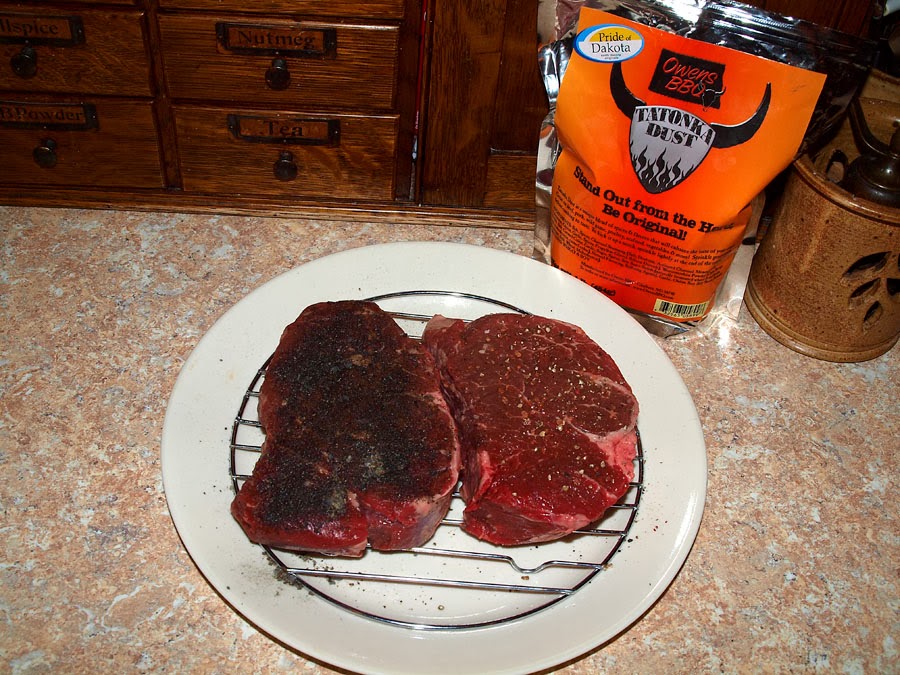 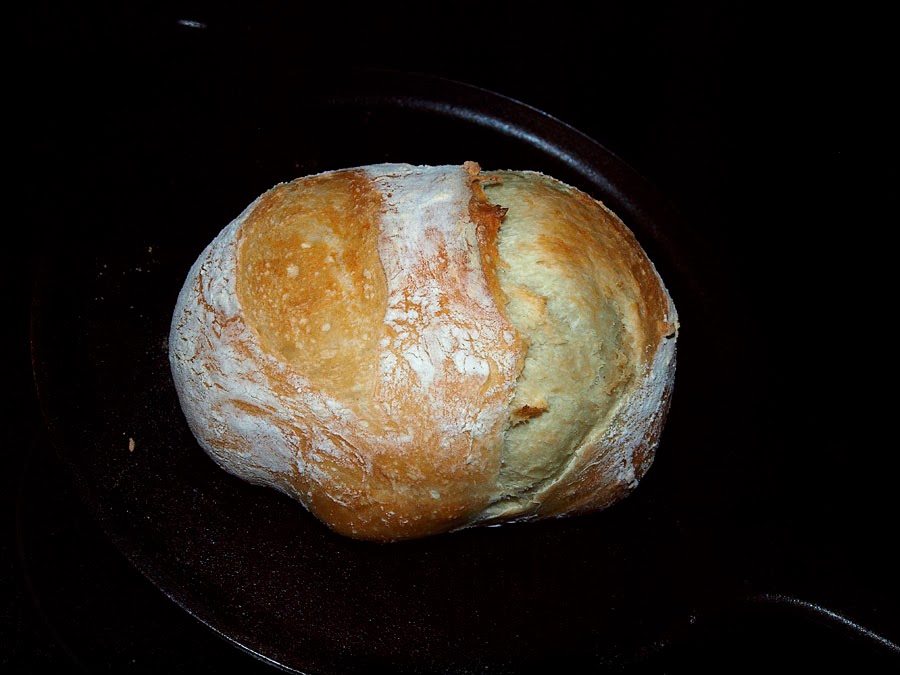 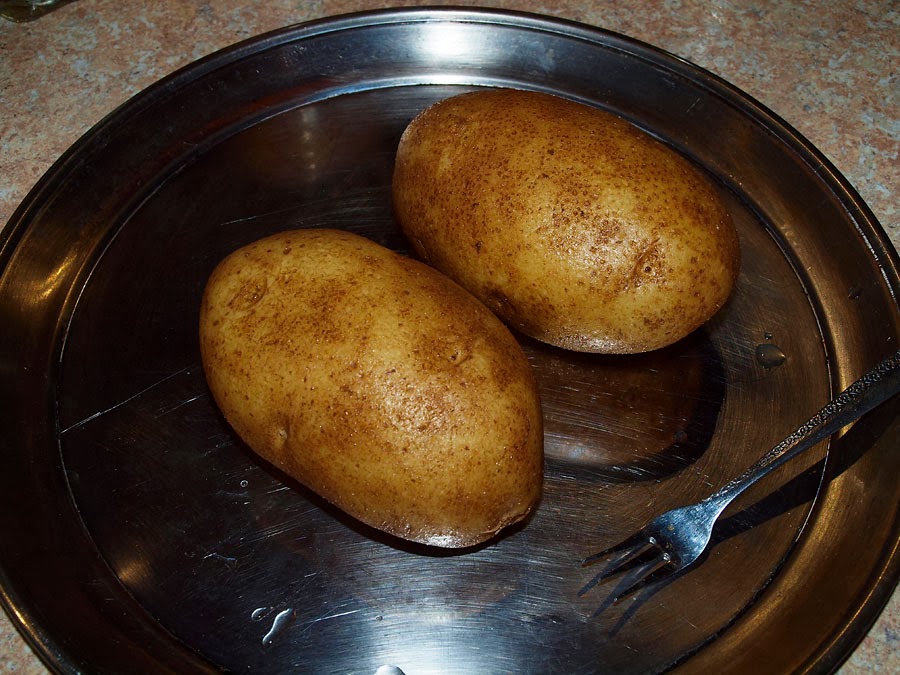 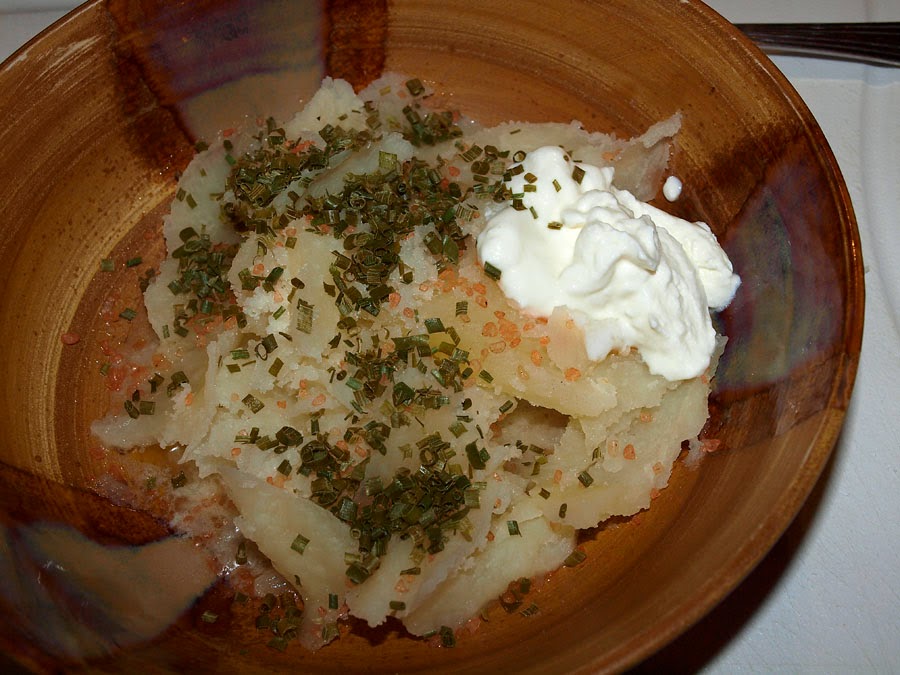 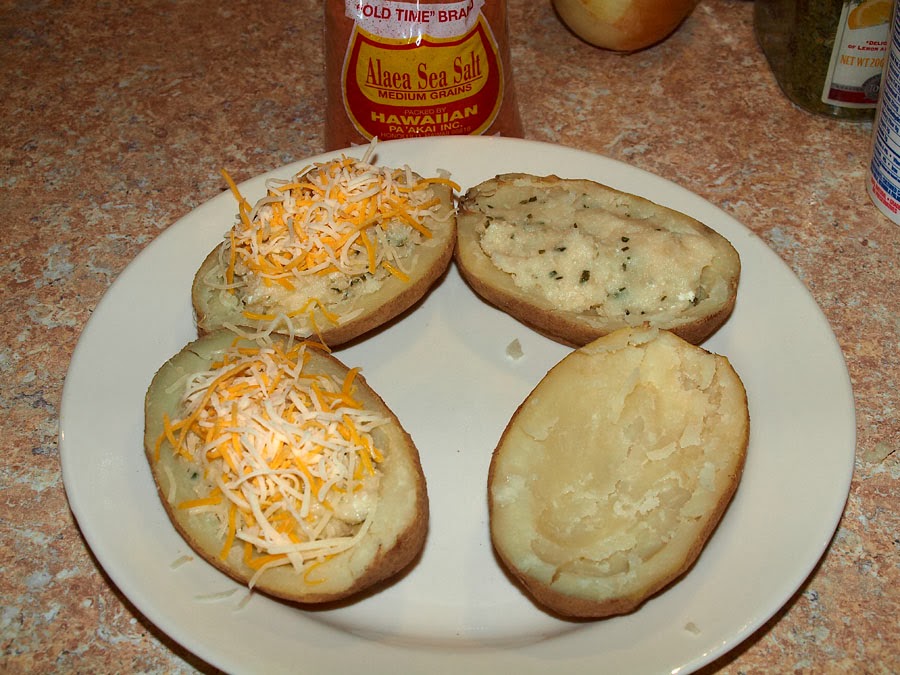 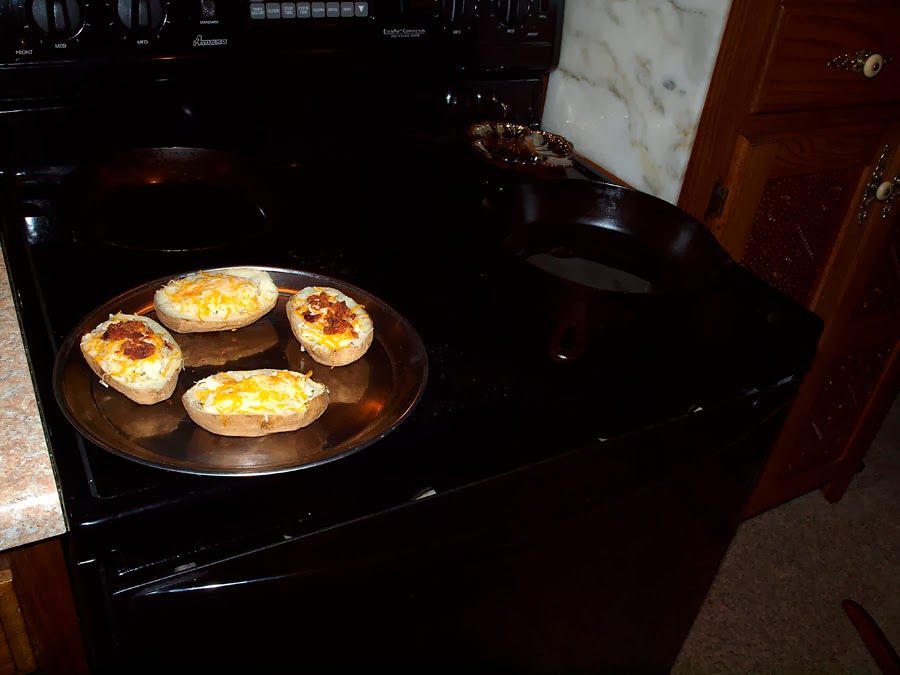 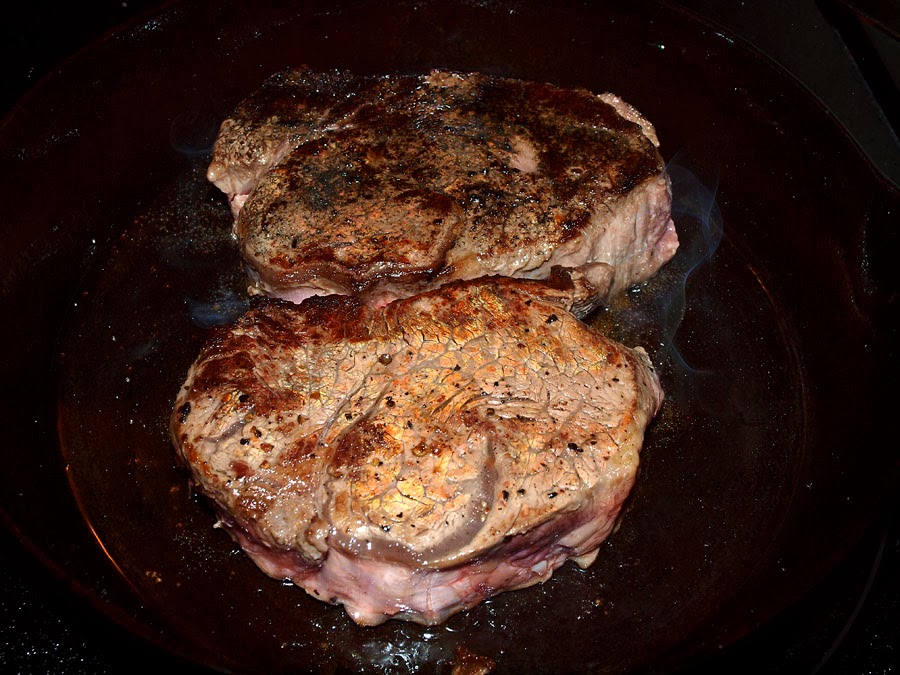 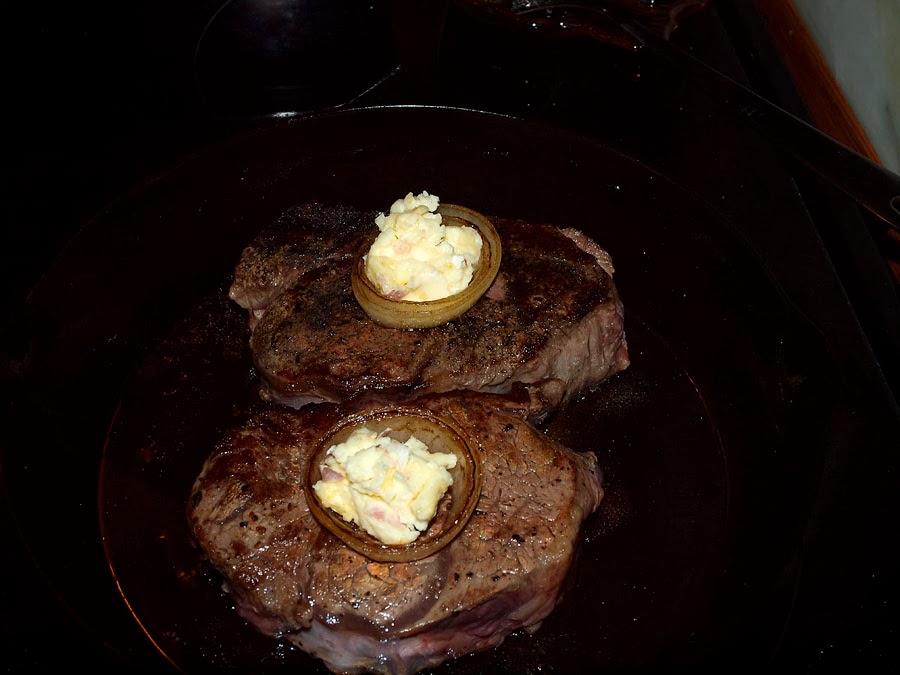 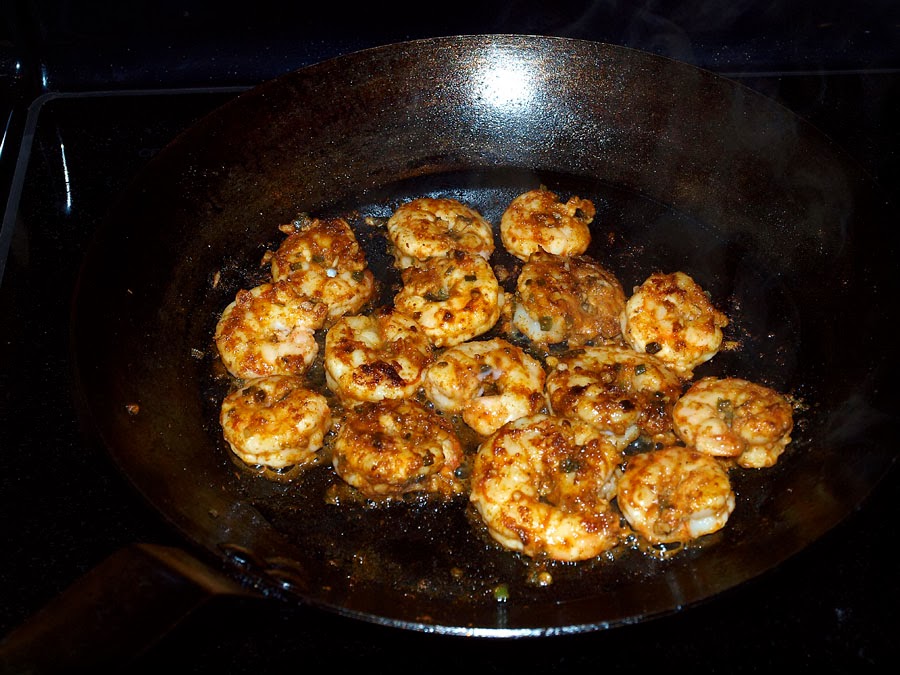 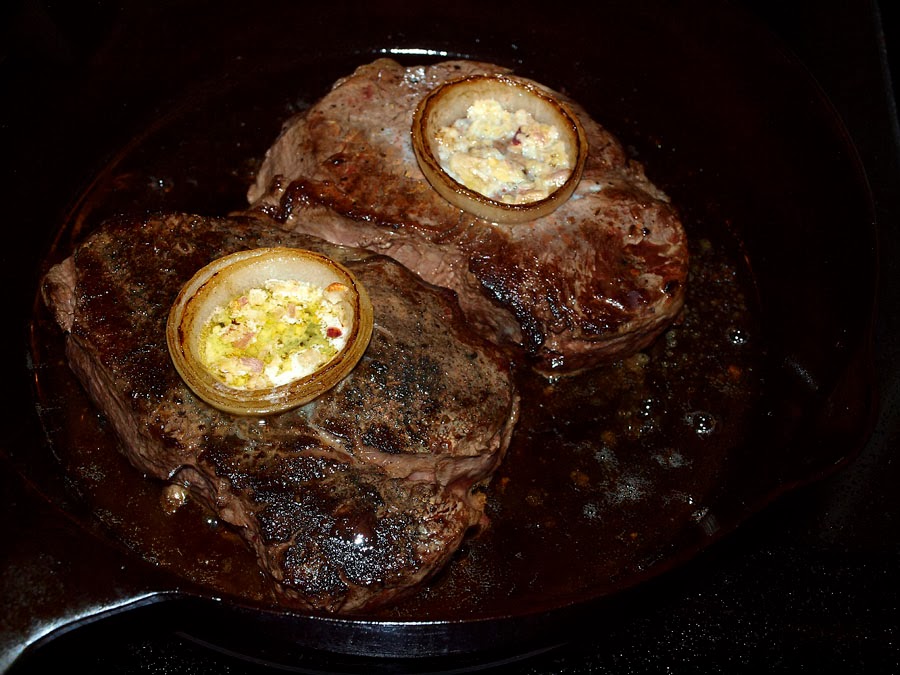 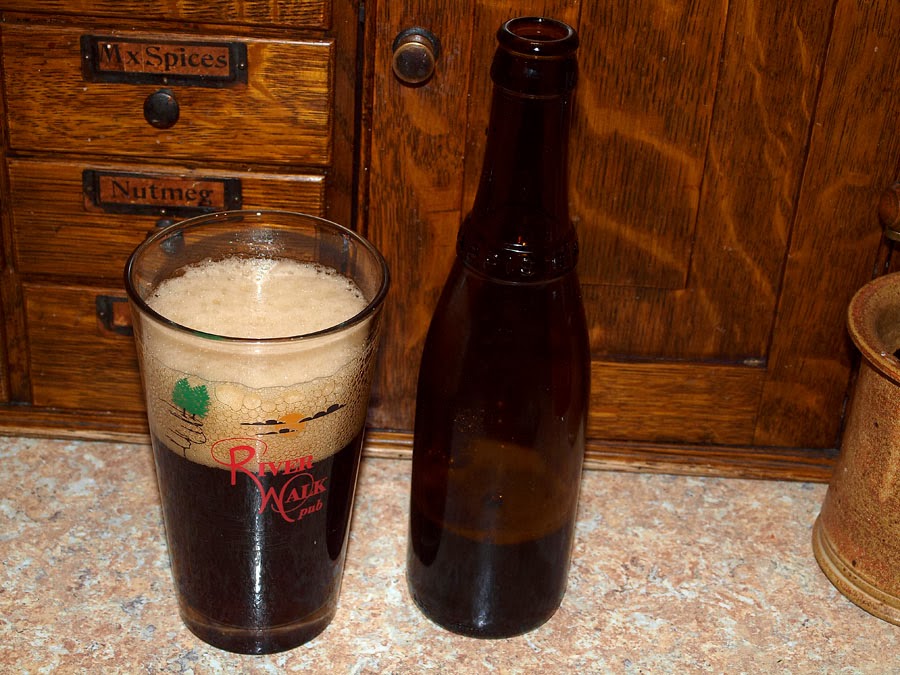 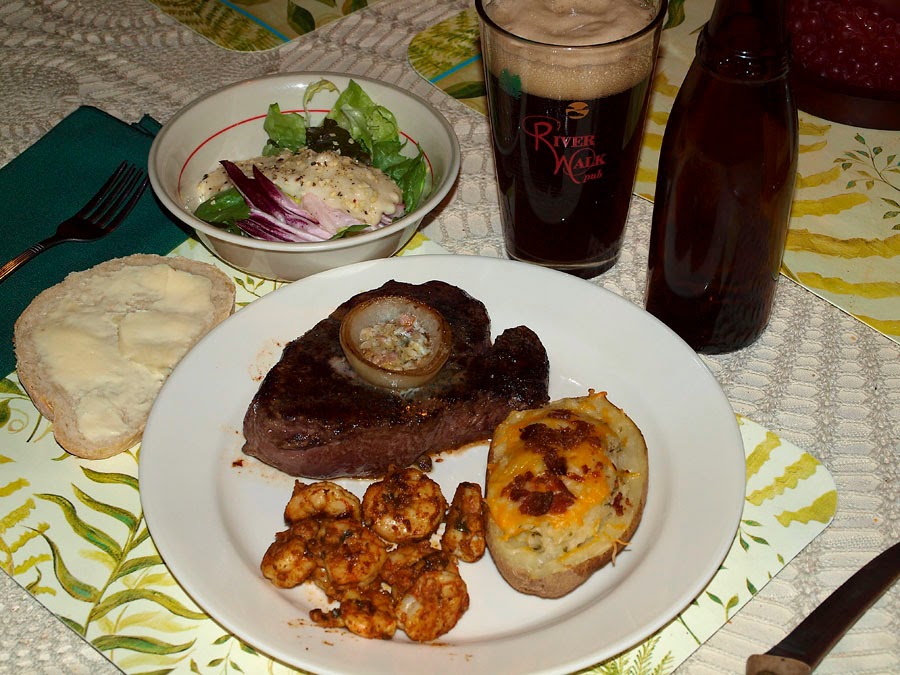 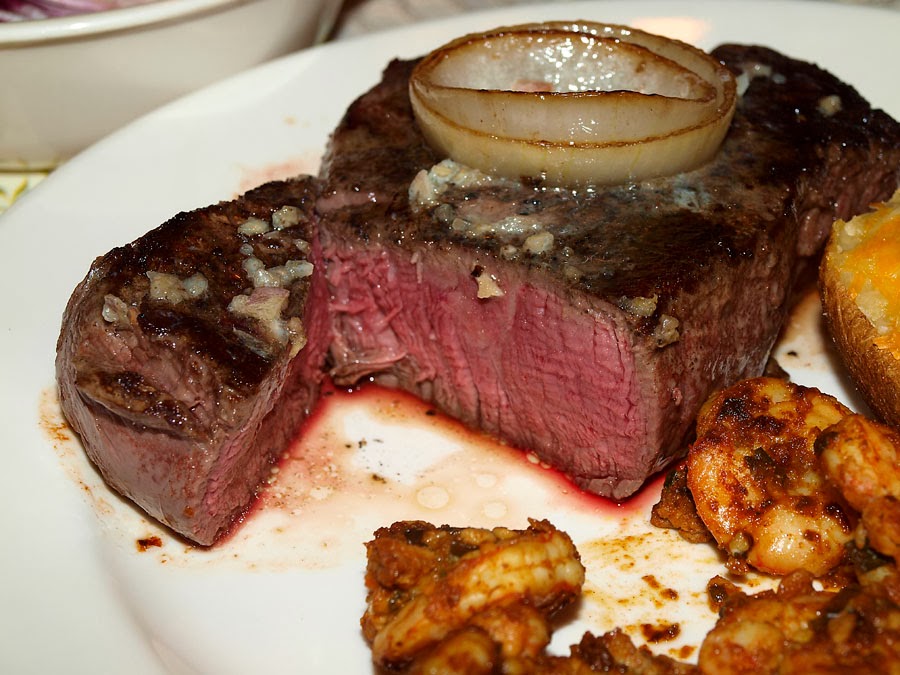