2nd Loaf of Artisan Bread in 5

Today I was ready to try my second loaf of Artisan bread in 5 Minutes a Day. My first loaf I did after the dough was in the fridge one day. It did not go so well; I had trouble getting a ball formed and it flattened out while resting for the 40 minutes. In spite of the problems it turned out pretty good. They claimed the bread would get better the longer it set in the fridge for its two weeks life. Today was the third day in the fridge.

I was determined to do a better job of cloaking, (forming the ball), this time. I had a bowl with about a half cup of flour in to work over. I pinched off some of the dough, I got too much dough on my hands so washed them off. I then sprinkled some flour over the dough I had selected; I got it out of the bowl and working over the bowl with the flour in I was able to do pretty good cloaking it about 5 times dusting with flour each time and had a nice ball.

It was a little smaller than I wanted but placed it in my Lodge steel skillet I had dusted with corn meal to rest for 40 minutes. It flattened a little but stayed in a ball. I had the oven heating to 450 deg. with a pan to add water to. When it was ready to bake I put a cup of hot water in the pan, be careful it will steam up when you pour it in. I then placed the bread in the oven, set the time and checked after 25 minutes. I let it go for another 5 minutes then pulled it out to cool. Not perfect yet but I am getting there.

We had it with Kerrygold Irish butter for supper. I thought it was good but my daughter in law, who is my go to taster, said this is tastes better than your first loaf. That girl has super smell and taste but being mostly vegetarian I can’t get her to try some of the meat I do; what a shame with her tasting I could get better cooking everything!

My next batch of bread I will add ¼ cup more flour to the recipe so it’s a better consistency for forming a ball. They recommend using a peel and baking the bread on a baking stone but I am going to stay with my skillet until I get this down better. 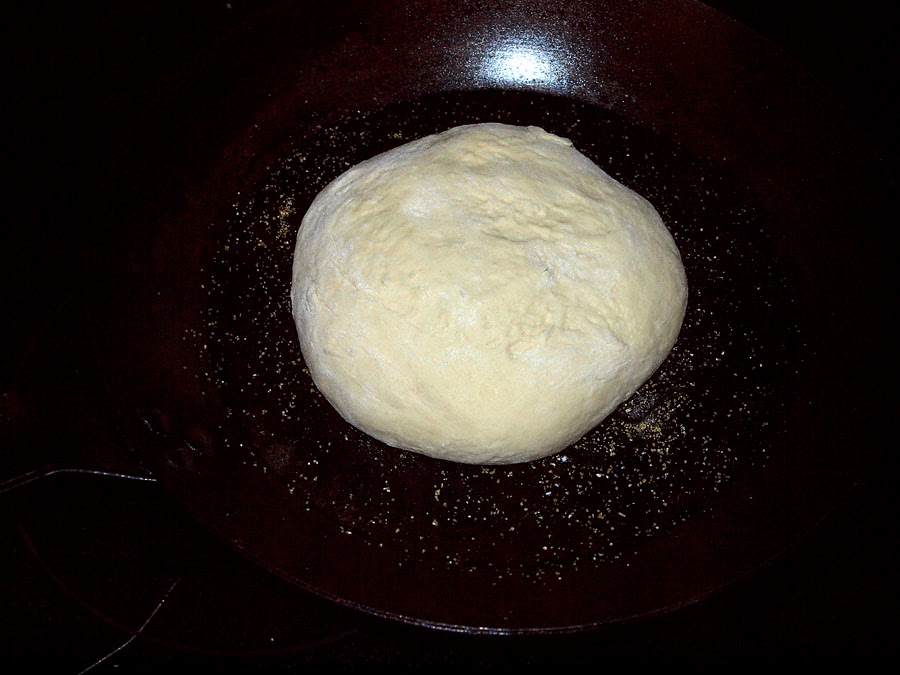 After 40 minutes ready to bake 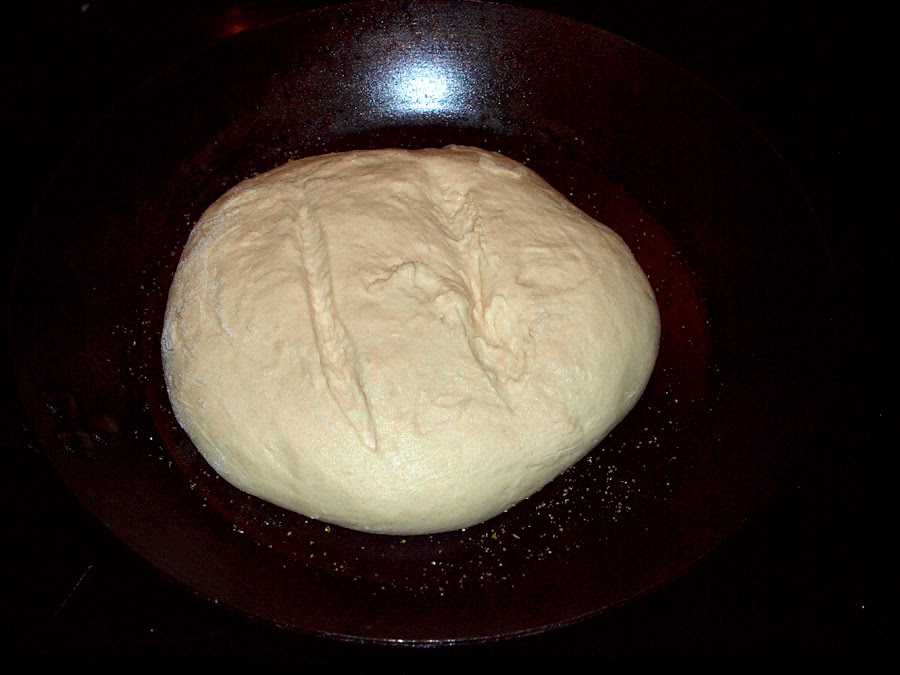 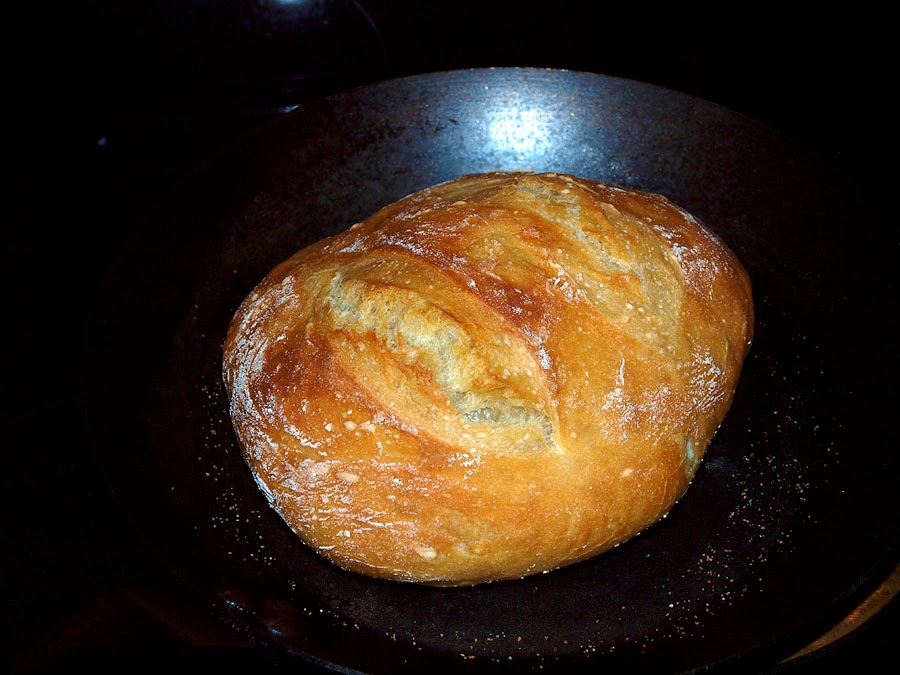 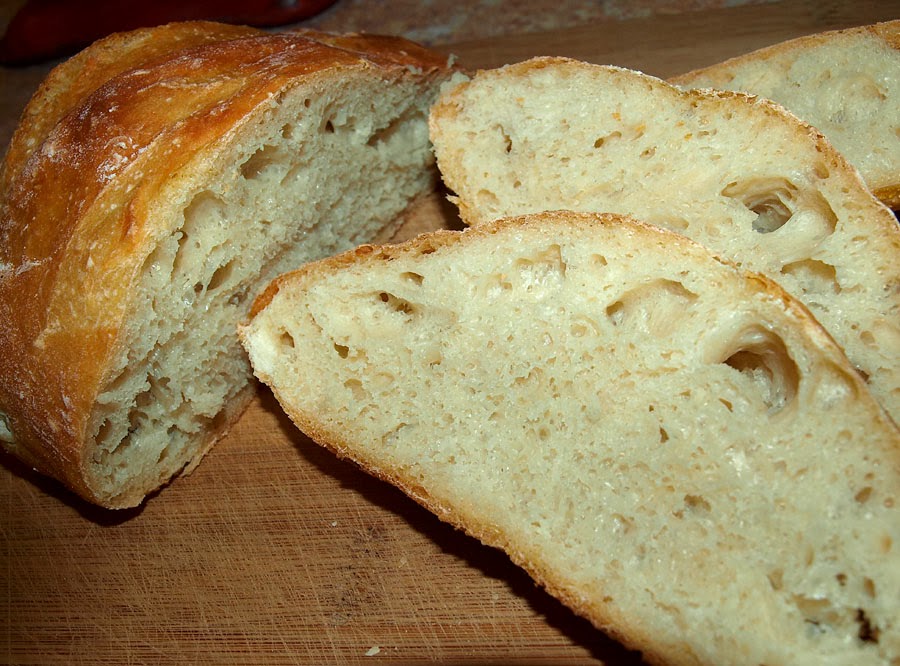