I had two pork tenderloins thawed to cook. The last time I did two with maple syrup brine and wanted to do these the same way. I had them in the brine for 20+ hours.

I had some sweat potatoes to use; I always like them with pork. I didn’t know what else to have. I got to thinking that people liked waffles with chicken so why not with pork. I thought it would need a good sauce other than just maple syrup.

After looking at several recipes I came up with one I could use Savor Spices WOW seasoning in I thought would complement it. I thought it turned out great.

After lunch I took the tenderloins out of the brine, rinsed well and dried. I tied the two together to make one and seasoned well with Penzey’s Cajun seasoning. It went on a rack and in the fridge for several hours. I made up the sauce and it went into the fridge after cooling some.

I washed and scrubbed a sweet potato; sliced it into about ¼ inch slices, poured a little melted butter and maple syrup over then double wrapped in foil. I preheated my Traeger to 250 deg. grill level temp and got the tenderloin on. I did it a half hour at this temp and then went to 280 deg. grill level for an hour. I got the sweet potato on the last hour. I went higher the last half hour the last time I did this but the IT temp was coming up nice and the grill temp was about 300 deg. for the last half hour.

I had my sauce reheated and tented to pork with foil while I toasted my waffles. Sorry I was lazy and used frozen Eggo waffles; it would have been much better with homemade. We had a side of salad and I had blue cheese dressing. The blue cheese complimented all the flavors in the meal. For me the sweet potatoes could have been a little more done but the wife said she liked them that way. We both had my sauce over the pork and waffle and maple syrup over the potatoes and I added salt and pepper. I like the sweet salty taste.

We both though this was extra good and it is a keeper recipe for me.  It covered at least 4 of the basic 7 tastes, sweet, sour, salty and savory.

I missed a photo of the sauce cooking in the pan but took one of the leftover sauce. 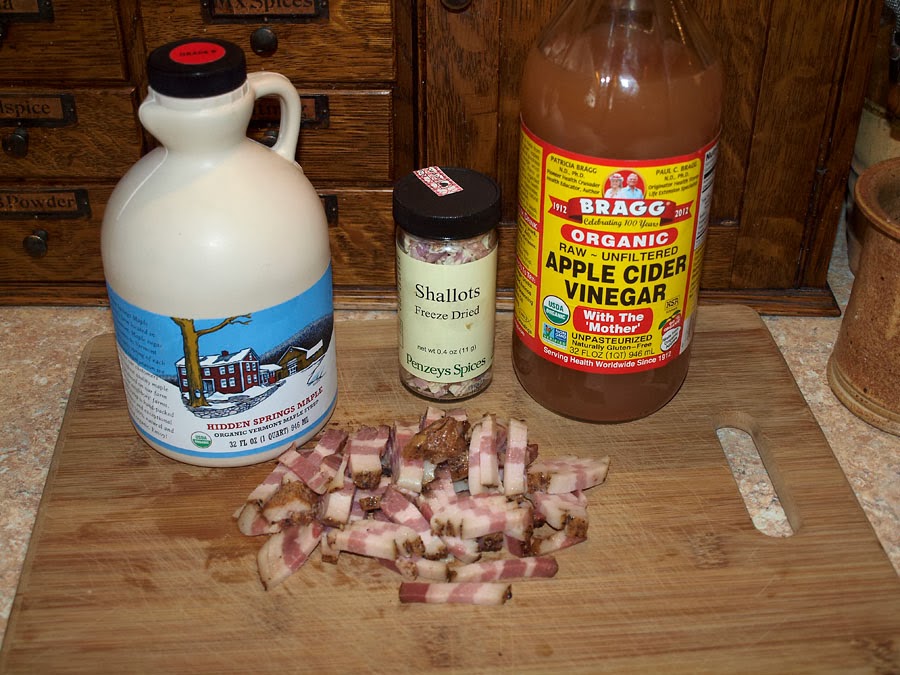 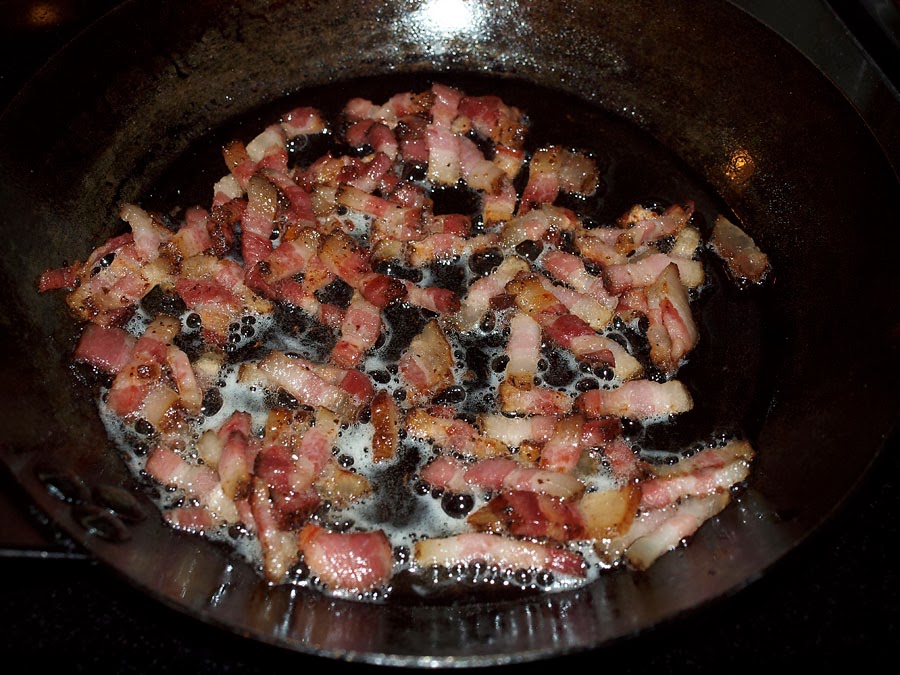 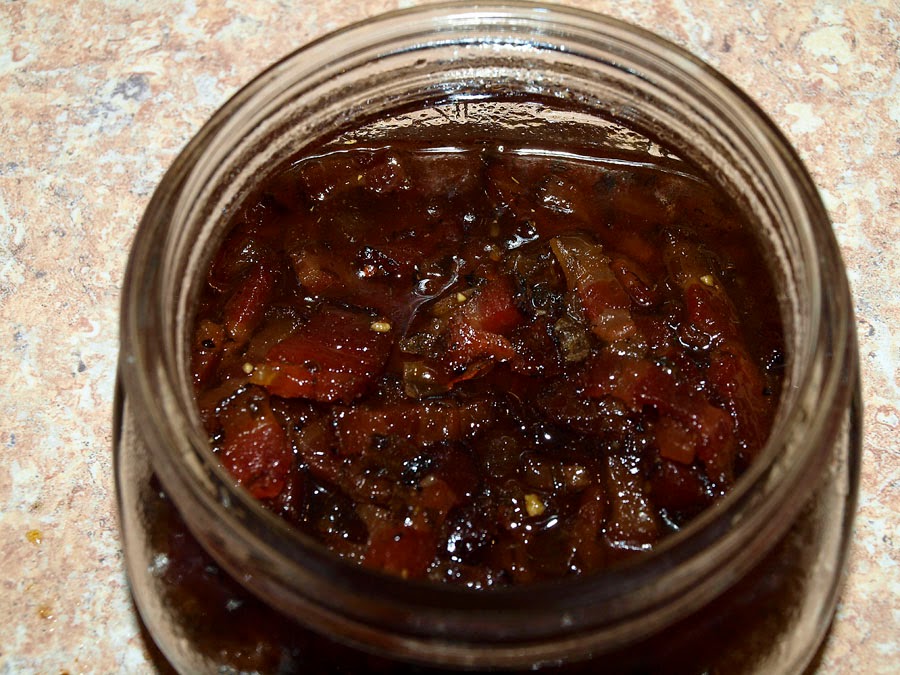 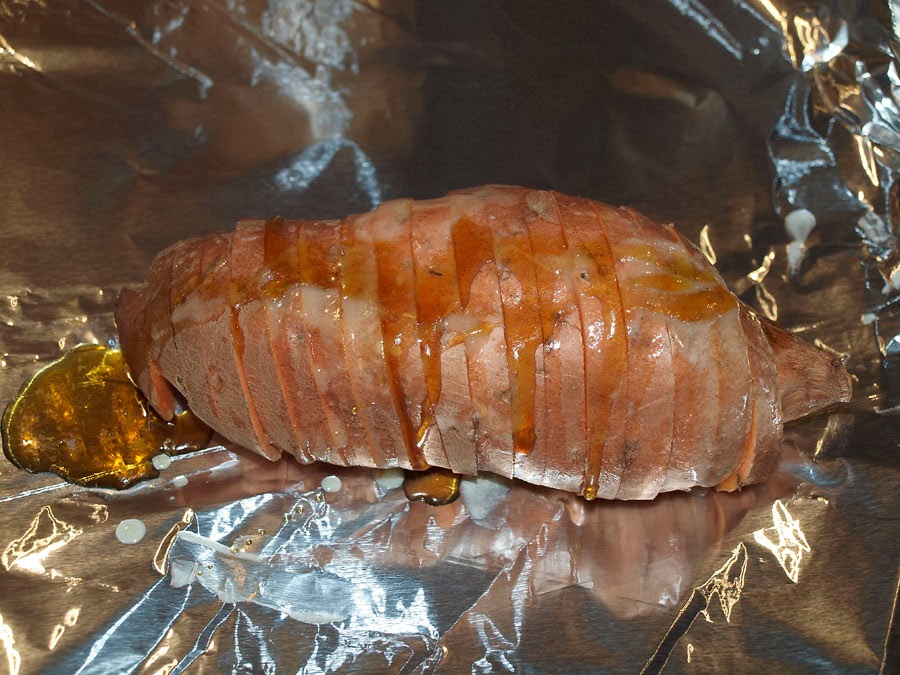 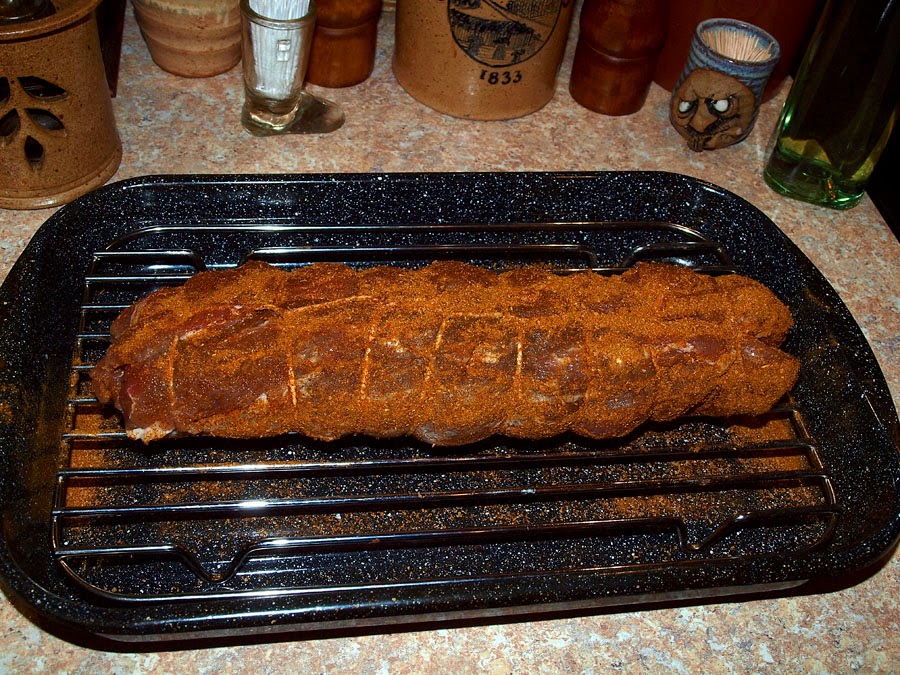 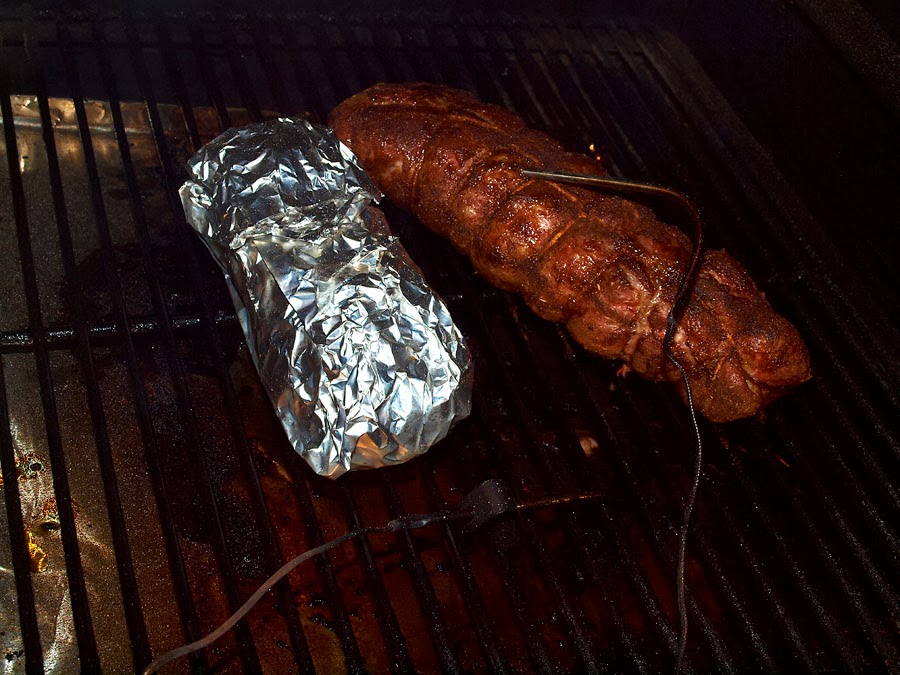 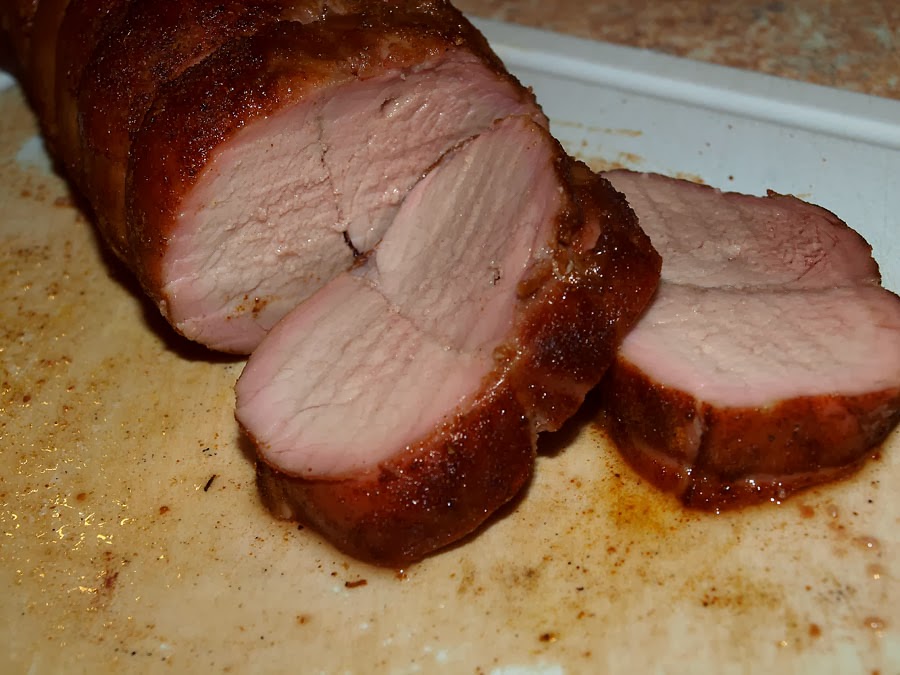 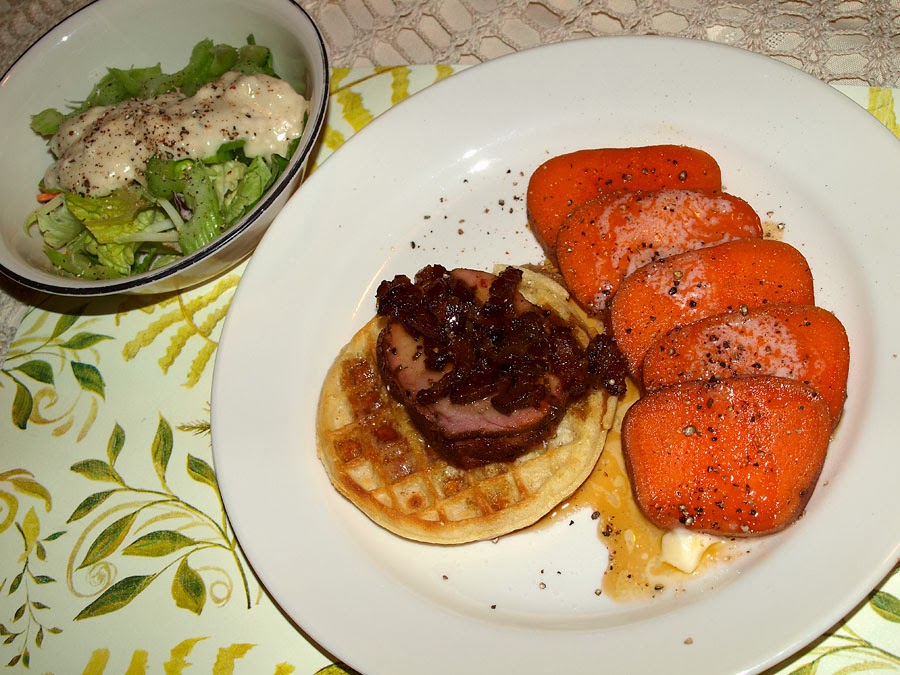