I had some dried mushrooms, shitake, oyster, porcini and wood ear. I had some brisket vacuum sealed from the freezer and some mushroom gravy would go great with it. The brisket was from one I did inside in the oven. I bought some Yoder’s mashed potatoes and would make some skillet corn with some fresh corn I had frozen.

The Ciabatta I had baked earlier today with the last of my bread in5 dough and it was on the small side but just enough for us. I mixed up another batch of dough and it is in the fridge now to have over the next 2 weeks.

I re-hydrated the mushrooms and saved the soaking water for the gravy. I have found a coffee filter in a canning funnel and held in place with clothespins works great to strain the soaking liquid. I rinsed and strained twice and the water was nice and clear.

I made up the gravy first with 2 Tbs. butter and two Tbs. flour stirred until thick and then added about a cup of beef broth slowly until all was in. I added the soaking liquid and the mushrooms I had chopped up. I added a couple splashes of Kitchen Bouquet for a little flavor and color, a little salt and pepper. I let that simmer slow.

I added some butter to a skillet and the corn on medium heat. Added the beef to a skillet on med. high and poured the gravy over; brought it to a boil and then on low to simmer. I sliced some of my Ciabatta bread to serve the meat and gravy over. I served the wife and then me. I should have made a little more gravy; I almost didn’t have enough for myself after serving the wife.

That hit the spot, the meat was tender and the gravy was good. 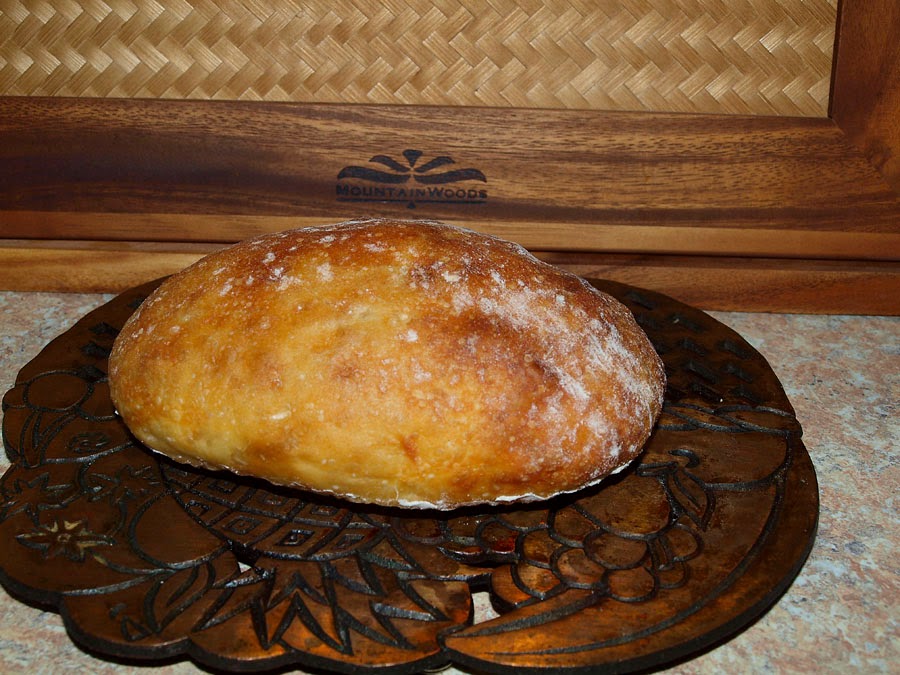 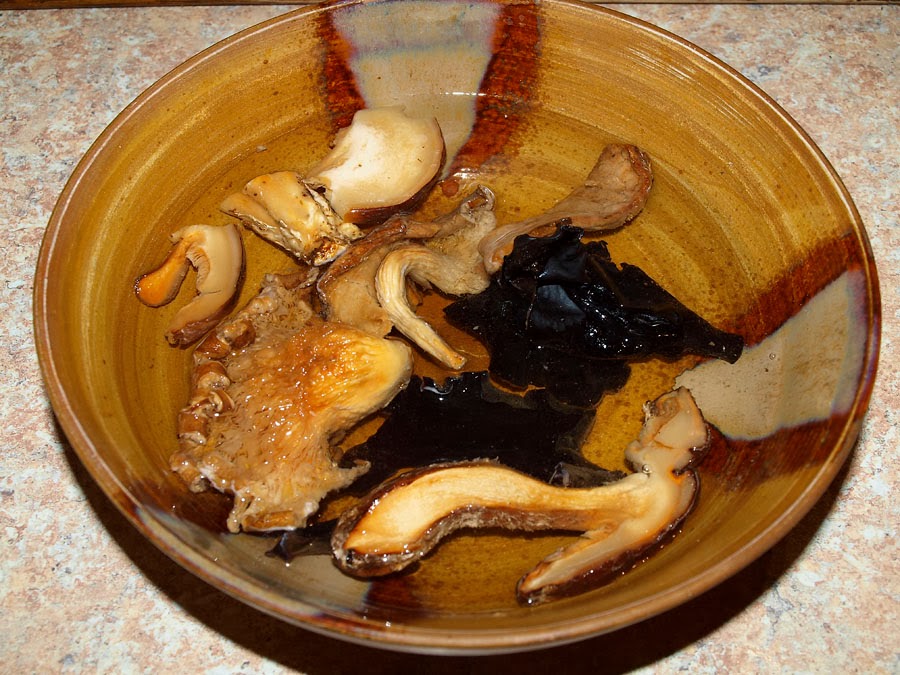 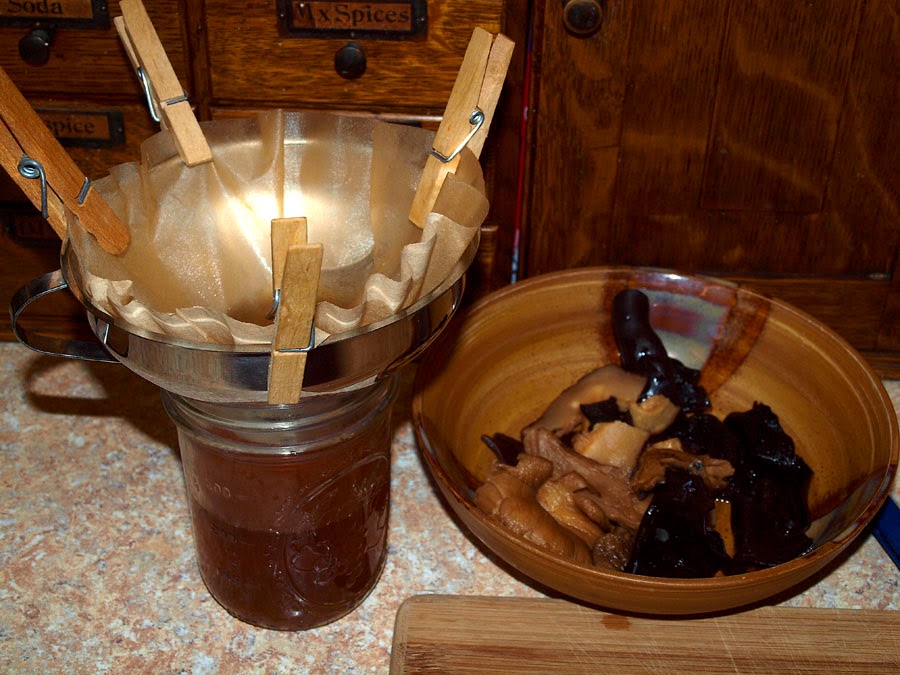 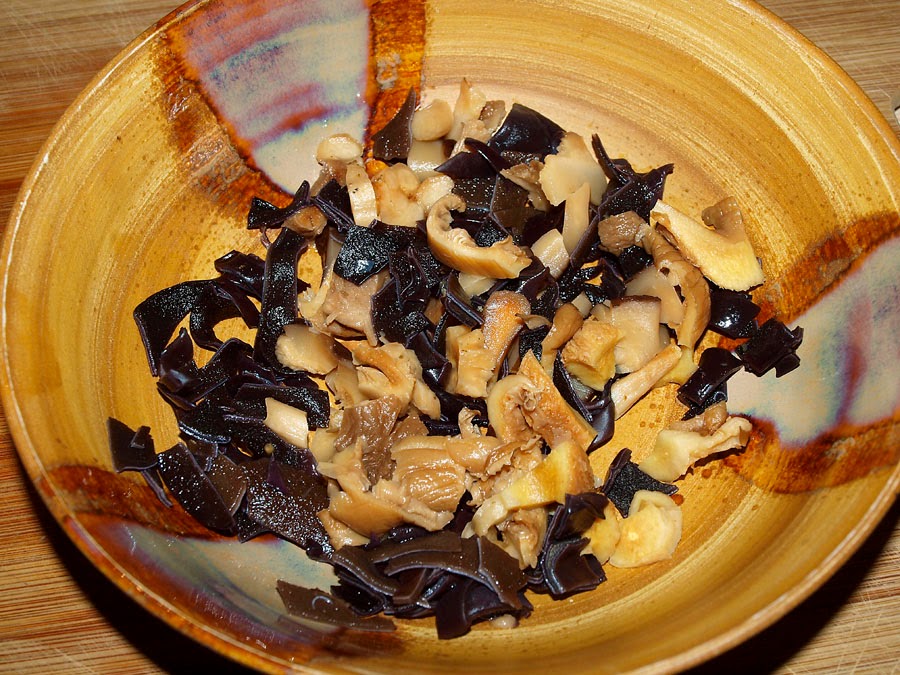 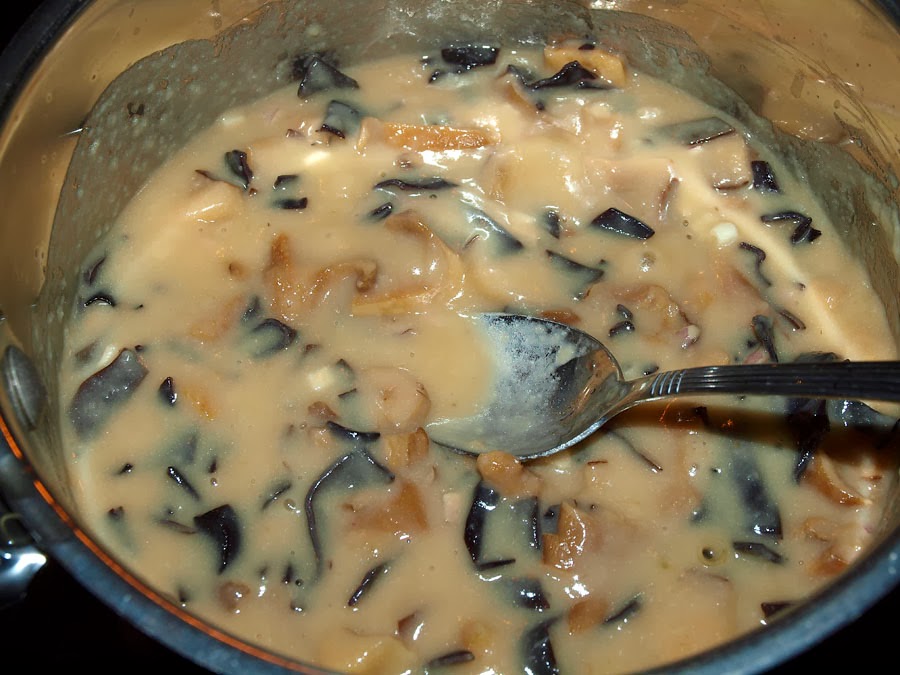 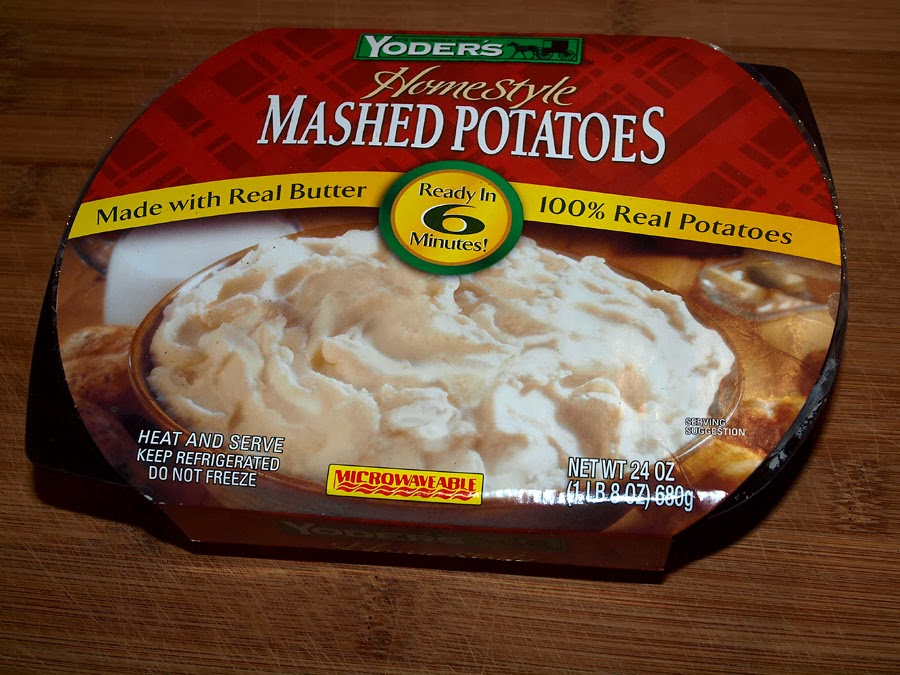 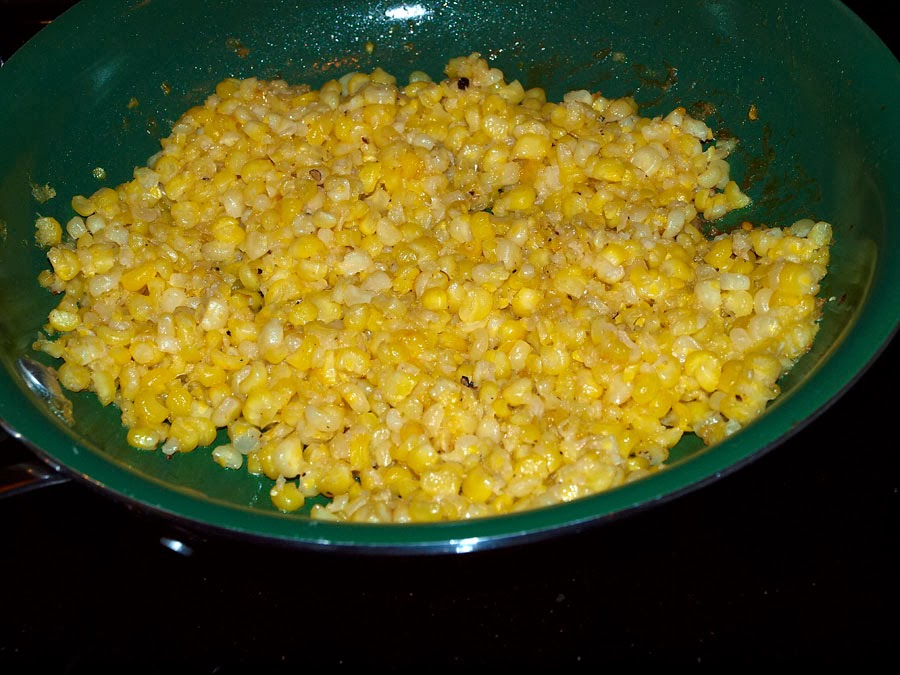 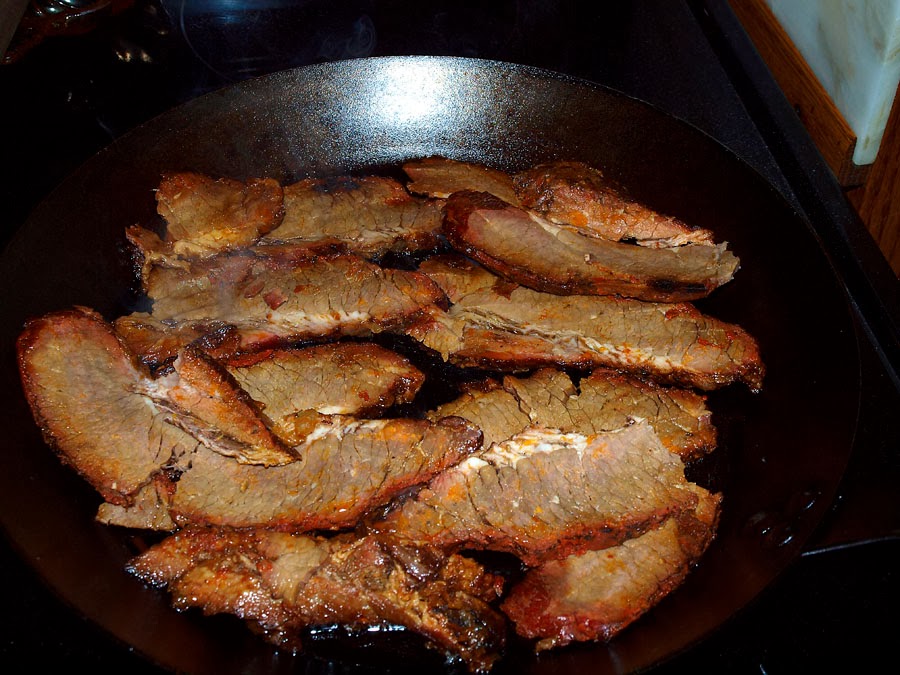 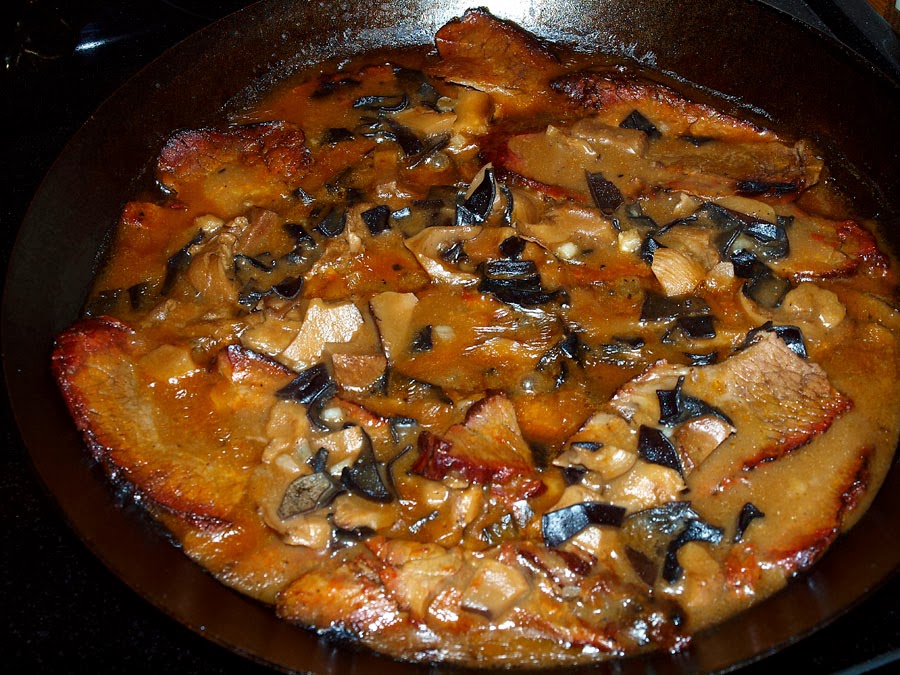 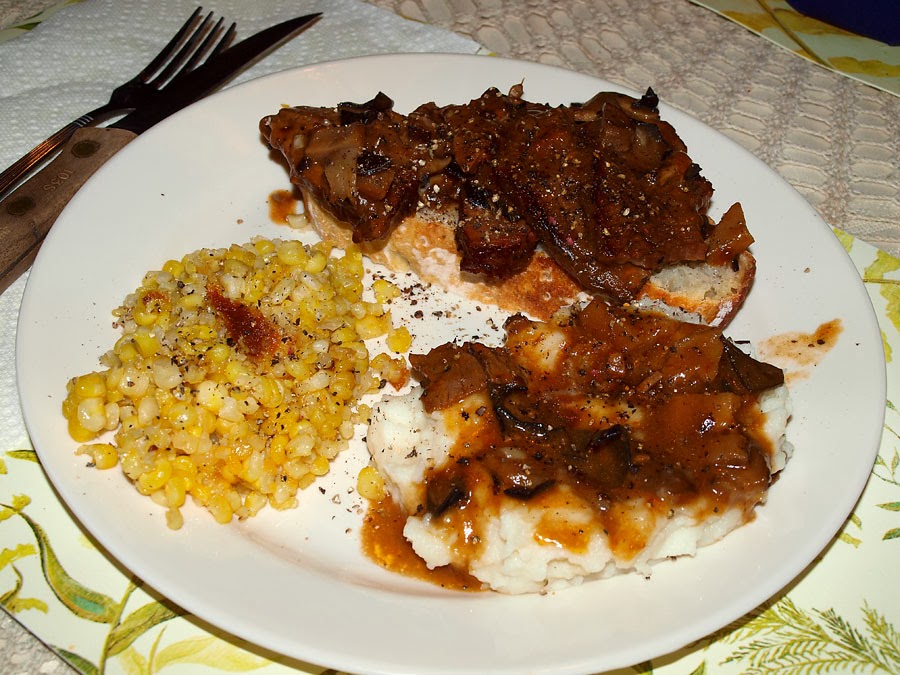 Email ThisBlogThis!Share to TwitterShare to FacebookShare to Pinterest
Labels: Leftovers