Yesterday was Super Bowl Sunday and most were cooking for the day or having parties watching the game. I never got into watching sports so to me it was just another Sunday but warm enough to get out on the smoker to cook.

I was ready for a meatloaf and the wife loves Rueben sandwiches so decided to make a Rueben meatloaf. I had made a sauerkraut meatloaf before but wanted some more seasoning  and ingredients to make it taste more like a Rueben.

I looked at 4 or 5 recipes and the one I made was a mix of some of the ingredients and adapted it to do on my pellet grill. I smoked 1 ½ pounds of my butchers smoked sausage to use in some red beans and rice later.

I made up the meatloaf and in the fridge for a few hours before cooking. I was having some spaetzel fried in butter and some red beets for sides. Before I started cooking the son stopped in and wanted to borrow some space heaters, their furnace went out and wouldn't get fixed until today. I had two to give him and said for his wife and son to come stay the night with us and could eat supper with us if they wanted to.

They came down and I was getting it all together and the can of red beets were bad so threw them out and grabbed some frozen white shoe peg corn to fix quickly. Later I thought corn was not a great choice to have with kraut but it tasted good! The spaetzel cooked and then fried in some butter to get a little crispy was good.

My mostly veggie daughter in law even ate a big piece of the meatloaf and said it was good. I knew my wife liked it when she said I will eat that again tomorrow night. Usually she does not like to eat the same thing two days in a row. They both said it did taste like a Rueben. I thought it was good but not my favorite meatloaf. Makes sense; I am not crazy about Ruebens. 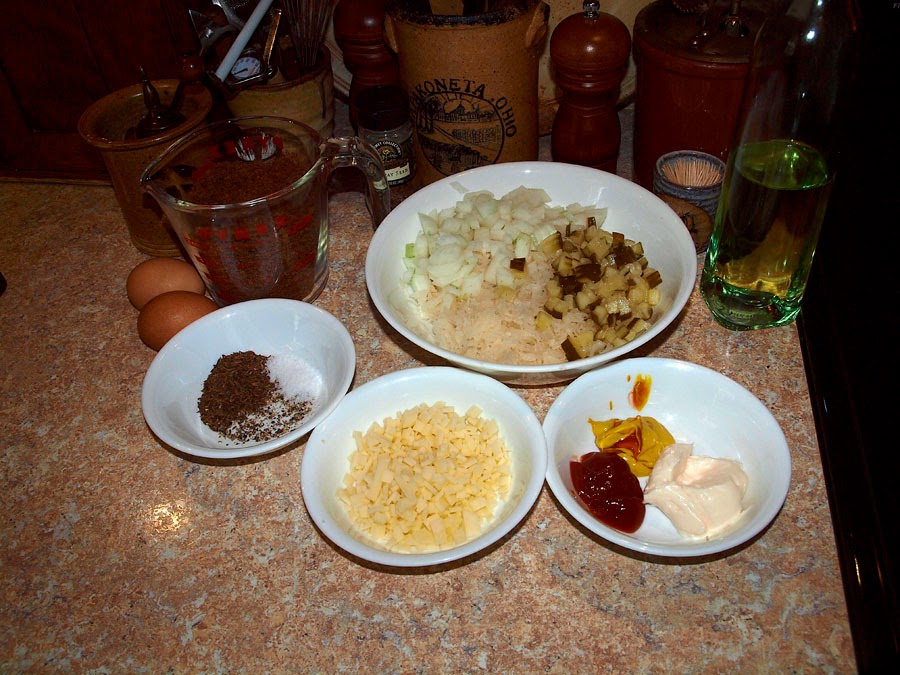 Ready for the fridge 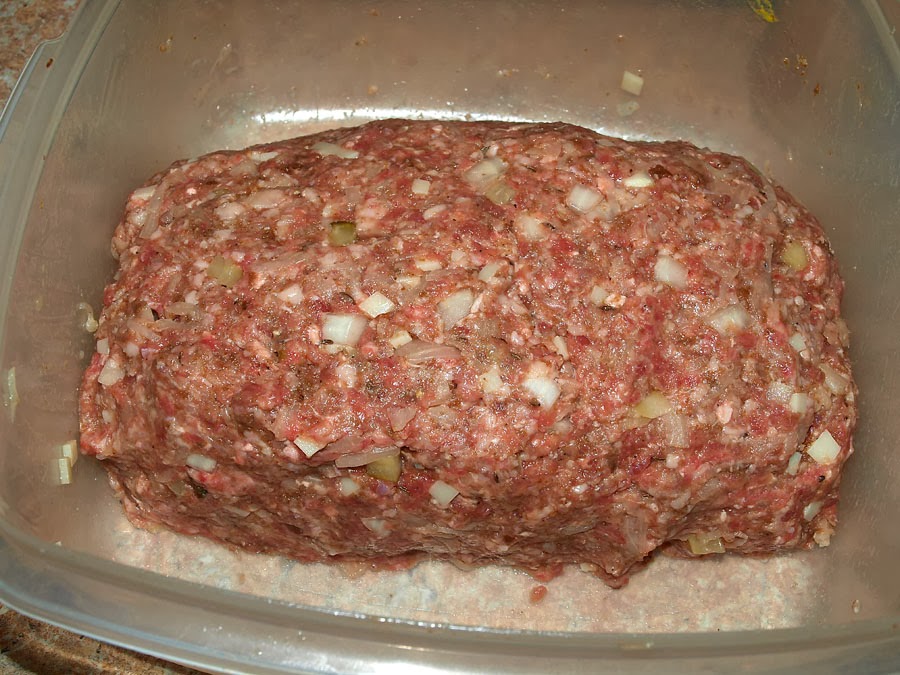 On the smoker and done 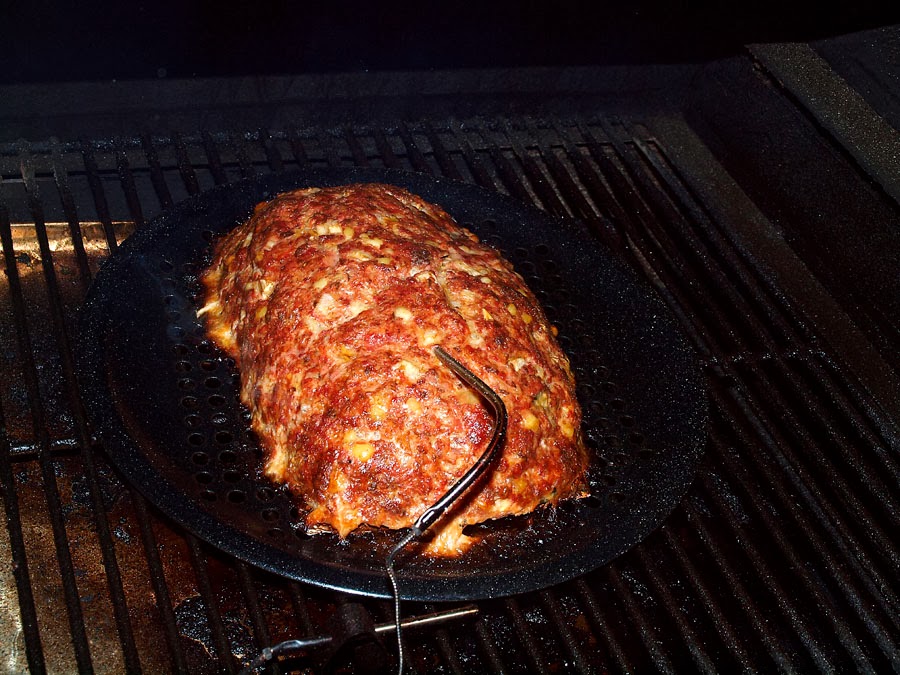 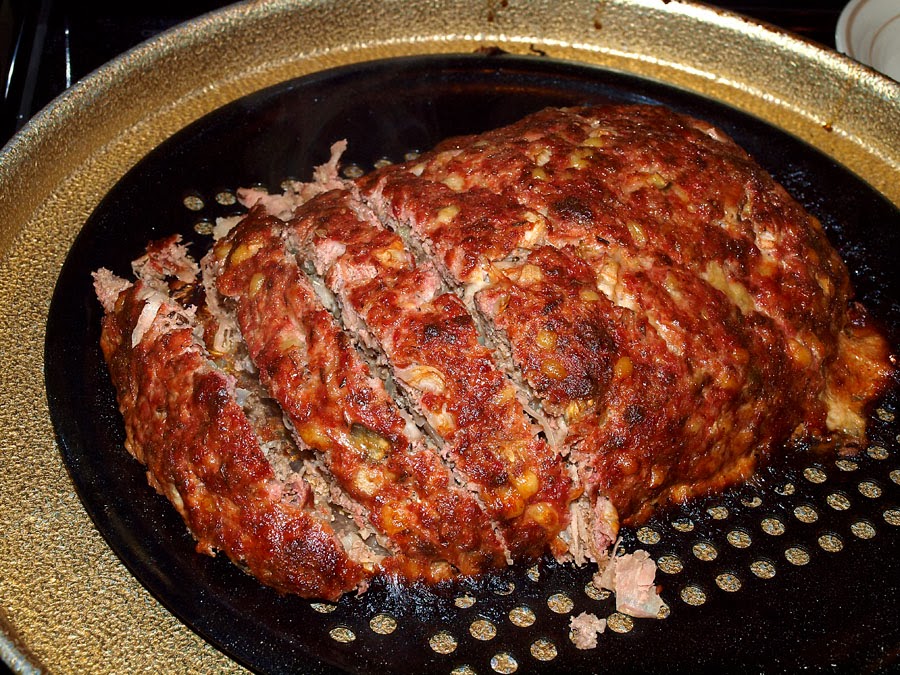 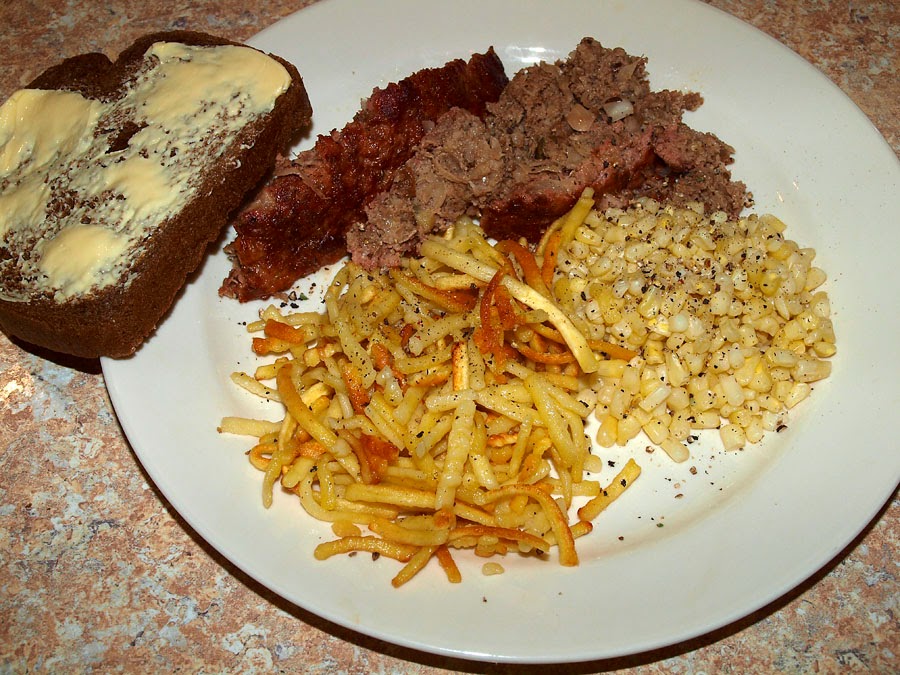