It was 30+ deg. today, almost a heat wave after the frigid weather we have had all month. I had a spatchcocked chicken that brined overnight. I would finally get back out cooking on my smoke deck and get to use some of Savor Spices Mo Rockin chicken rub I have wanted to try.

The wife went out to lunch and shopping with a friend. I baked my second loaf of bread from a batch of no knead bread. After lunch I took the chicken out of the brine, rinsed well and dried; then coated both sides well with the Mo Rockin rub and in the fridge to dry. I made some butter to stuff under the breast to smoke, 2 Tbs. of butter and a heaping tsp. of the rub.

Normally the kids go out on Friday nights so was just planning on the wife and me. I had pulled the chicken at 175 deg. breast IT and it was resting when the grandson popped in. He said he wanted to eat here. I had some Bob Evans cheesy broccoli in the microwave. I served all and just got set down and the son and wife came. I said if you want to eat help yourselves to what’s left. The son ate some chicken and the daughter in law ate some leftover pork and kraut from the fridge and some of the WOW potatoes. She really liked the WOW seasoning.

I think we all got enough to eat; a small slice of bread and a little chicken were left. Everyone would have eaten more of the WOW potatoes. I was happy to be able to get back outside on the smoker. I thought the Mo Rockin chicken rub was pretty darn good.

Tomorrow is Super Bowl Day and most here in the USA will be having parties and watching the game. I never got interested in sports so no Super Bowl cooking here. I think I will do a meatloaf tomorrow and some smoked sausage for red beans and rice later in the week. 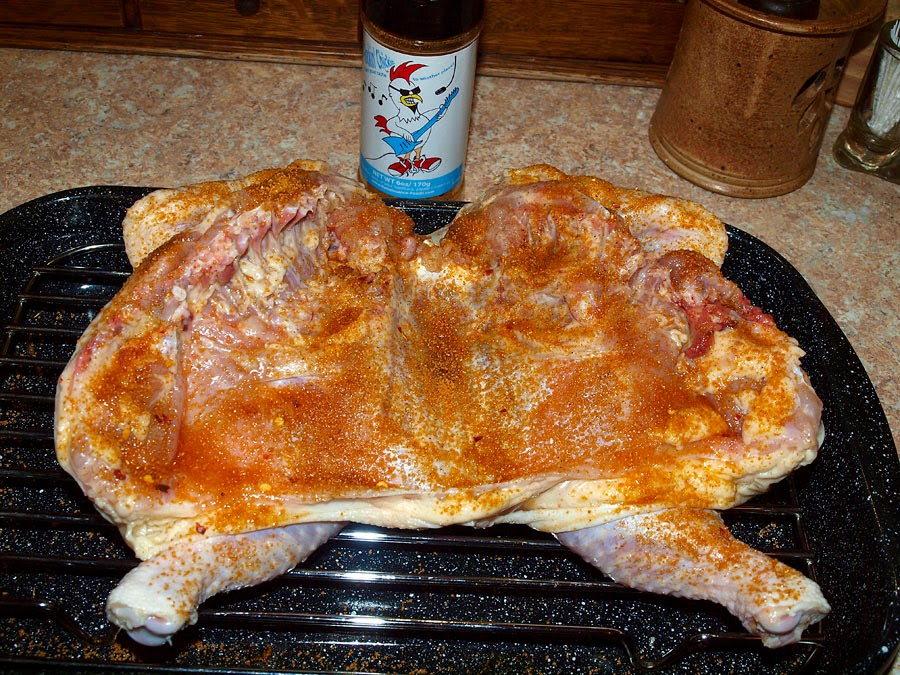 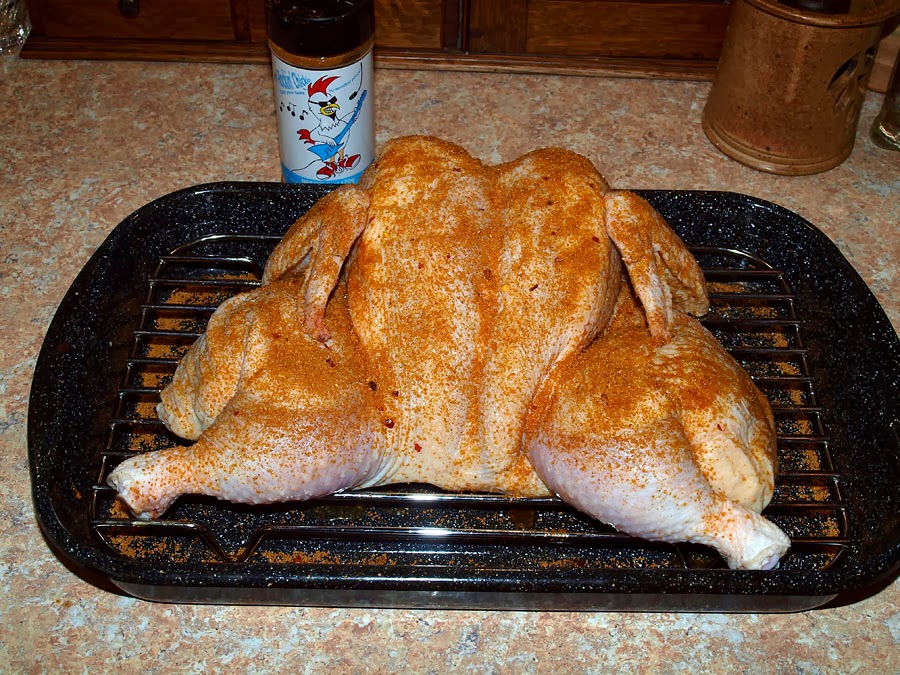 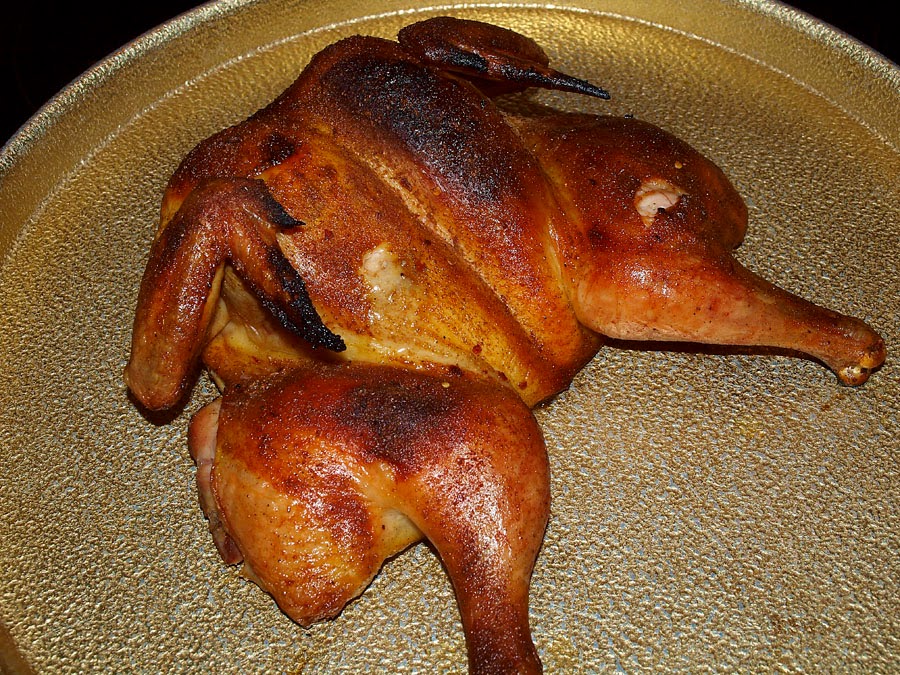 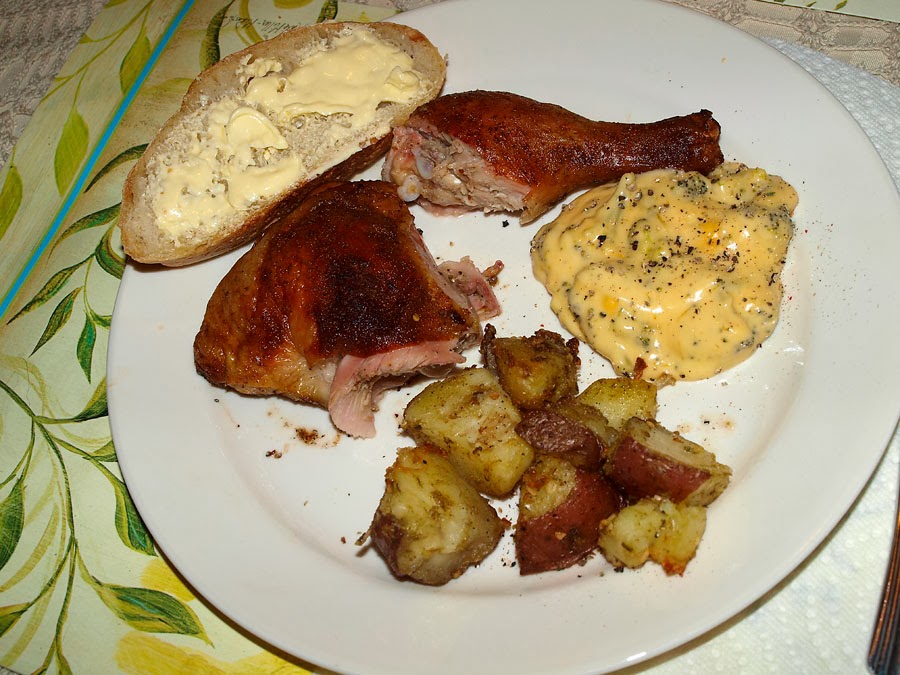