I am sick of the cold and snow; we have snow on the ground from the first of the year and have only had a few days above freezing. In spite of the winter blues I had some fun today making some skinless sausages with my new stuffer I made. I always have fun when trying something for the first time.

I used a recipe from a fellow member of Lets Talk BBQ, for Mititei, Romanian kabobs. The sausage mix sat in the fridge overnight and I made them up early this morning.  The stuffer worked pretty well other than being a little messy. I think if I am going to make them for sandwiches though; I will make one with 1 ¼ inch PVC. I forgot being skinless there would be more shrinkage.

I did up the 16 short ones right after lunch. I was going to vacuum seal and freeze them for later. After a taste test there were not enough left to save! Darn those were good!

I smoked the first batch for a half hour then went to 350 deg. grill level about 35 to 40 minutes. They were a little on the dry side so I skipped the smoke on the ones for supper.

I boiled some organic gold potatoes and seasoned with butter and WOW seasoning. I kept my smoker going on 180 deg. after doing the first batch. It was at 250 deg. grill level when I put the sausages on grill grates. I put the potatoes in a wire basket and they went on the smoker. I eased the smoker up to 350 deg. at grill level and did them about 40 minutes turning half way.

I trimmed some hot dog buns to fit the sausages and toasted the tops with some olive oil drizzled over. My wife said one was enough for her.  She had some of my homemade sauerkraut with hers and I had some curtido, S.A. sauerkraut, as a side. My wife had mustard on hers and I had some beer mustard on mine. Ahron said these were a family favorite and now they are one of our favorite. I know the wife liked them; she ate a second one without a bun.

Ahron said I could post his recipe and it was mine but I will always give him credit for this great recipe. There are not too many recipes out there on the net for Mititei, I made these once before with one that is posted most. I like Ahron’s much better. 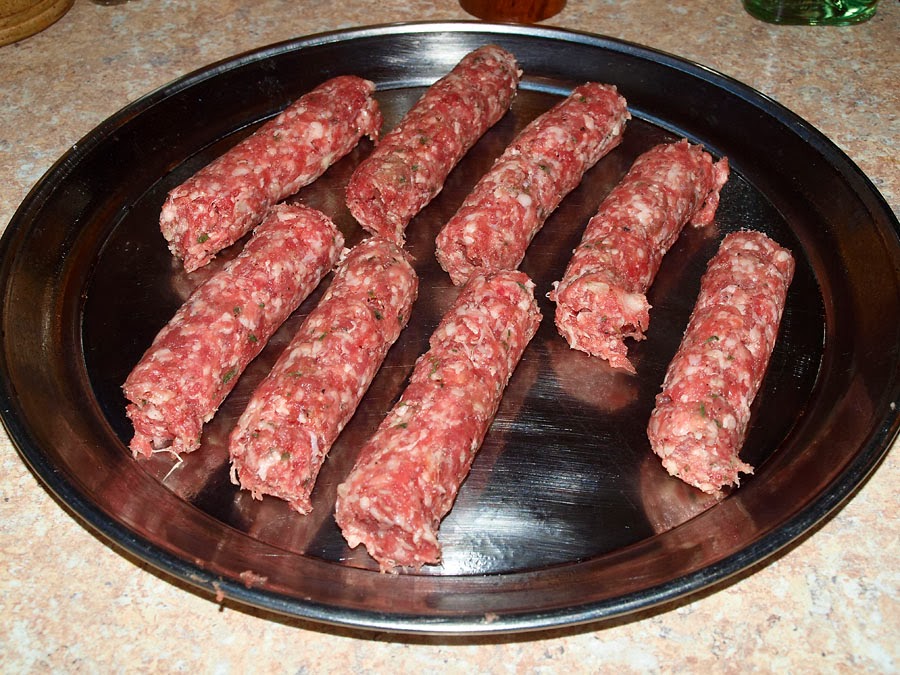 The first batch, I didn't get a shot of the longer ones 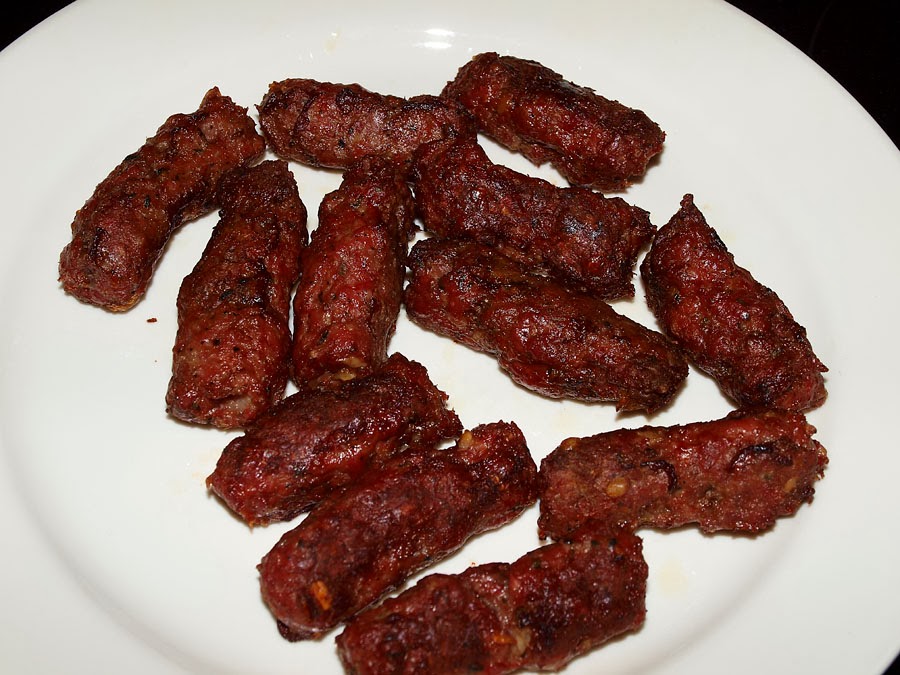 Potatoes ready for the smoker 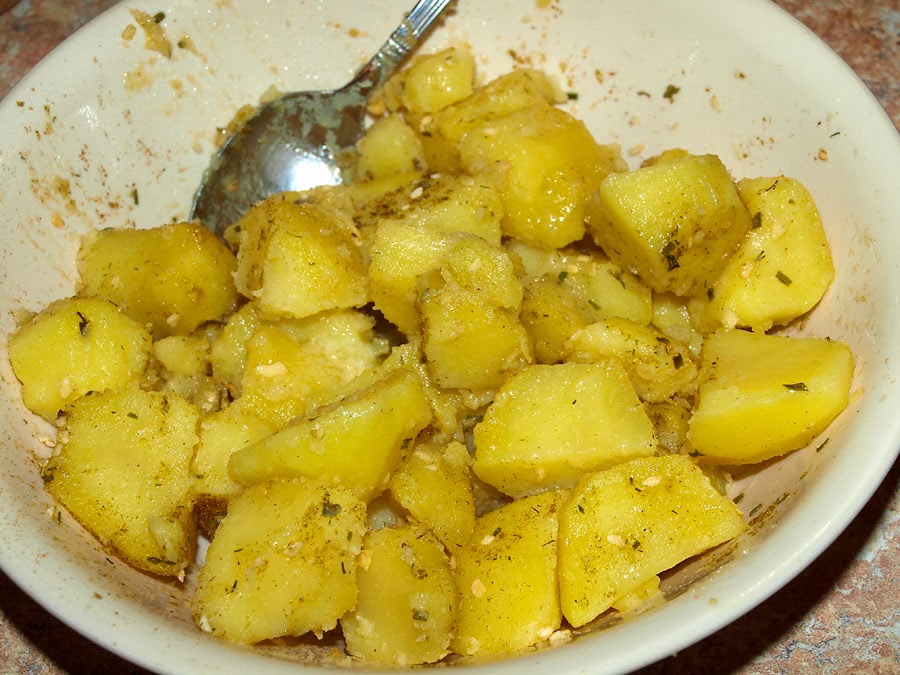 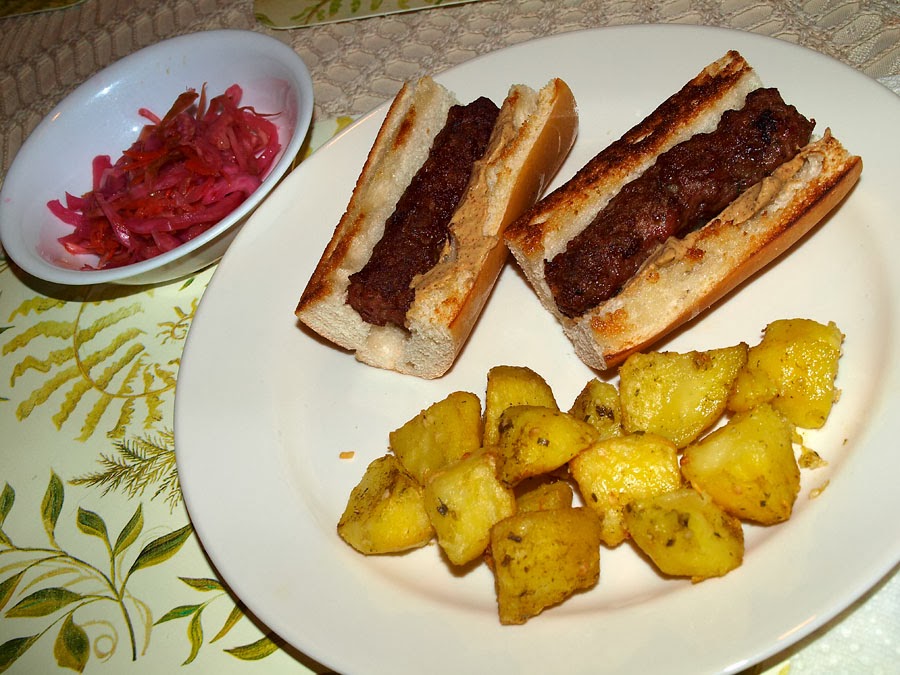