My wife had a tooth pulled on Monday so wanted to fix something easy for her to eat for supper. I have seen this recipe for soup for a long time and decided to try it. I read several recipes and just came up with my own.

I had to pick the grandson up from the bus at 3:00 and when we got home I got my bread ready to bake. I got the bread done and had a little rest until supper time. Our son stopped and picked the grandson up; told him what we were having for supper. I guess he didn’t like the sounds of it, they never came back!

I peeled and diced 2 small red potatoes and 4 small yellow potatoes, a small onion, sliced up 2 green onions and one stalk if celery. This all went in a pot with a quart of chicken, with a little salt to cook.

I browned up a pound of ground round with some Lawry’s seasoning salt while the potatoes were cooking. I used a potato masher to mash up the potato mix well and brought it back to a boil. I sprinkled some wonder flour over the ground meat, stirred and added that to the soup mix.

I let that simmer a while till ready to eat; turned it down to low. I stirred in 1 ¾ cups of shredded sharp cheddar and some half and half cream, ¼ to 1/3 cups. Then I stirred in a heaping teaspoon of smoked paprika.

I served the wife and me; we both had some diced green onions and bacon bits on top and some of my fresh baked artisan bread. We thought it was pretty good. Did it taste like a cheeseburger; yes it had the flavors of a cheeseburger. I think though that to have a soup that really tastes like a cheeseburger you would have to fix a big juicy cheeseburger with your favorite toppings, place it in a bowl, cut it up, pour a little broth over and eat! 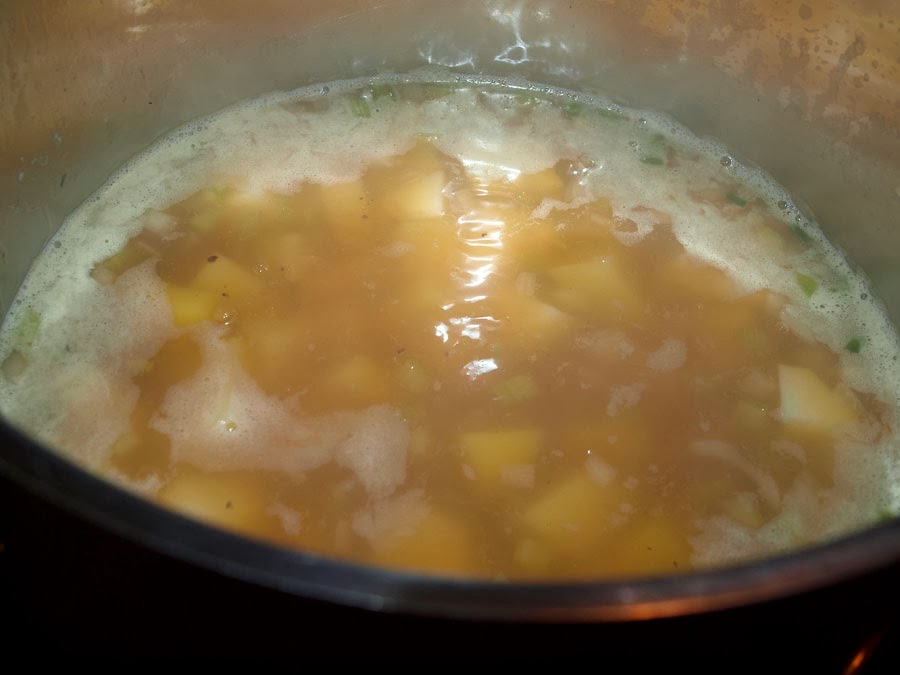 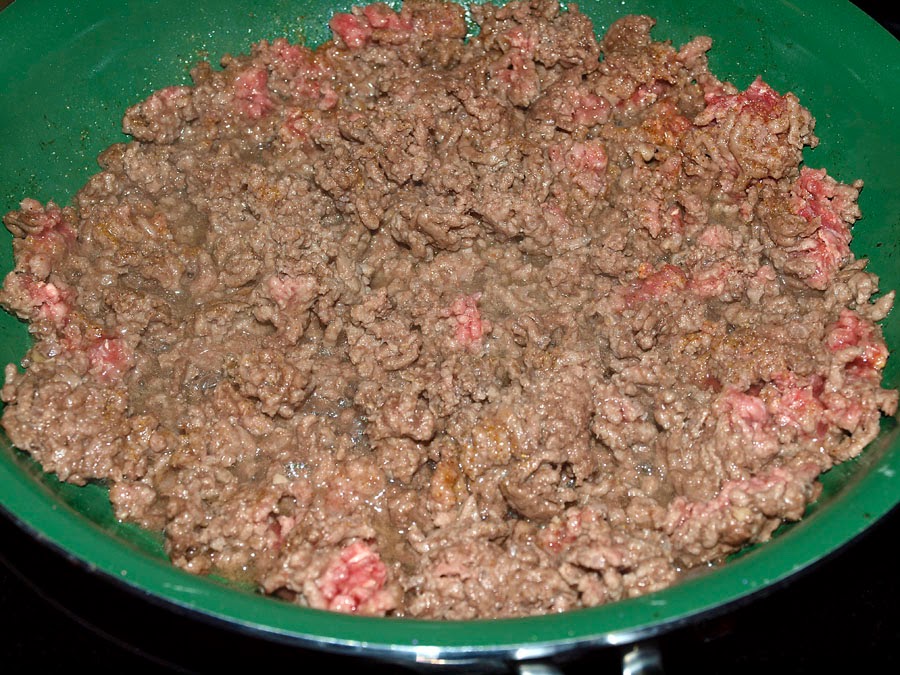 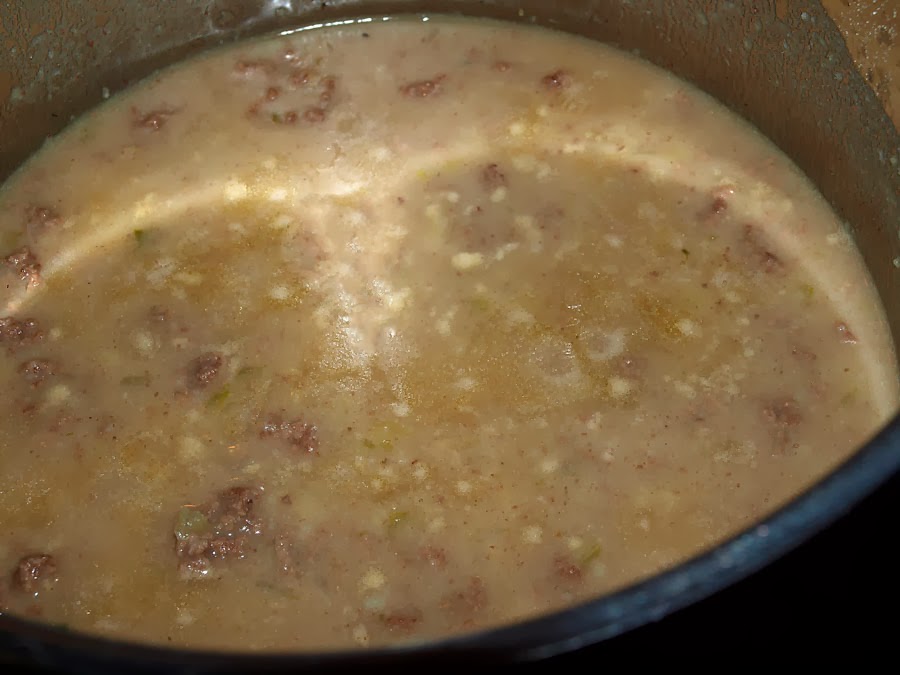 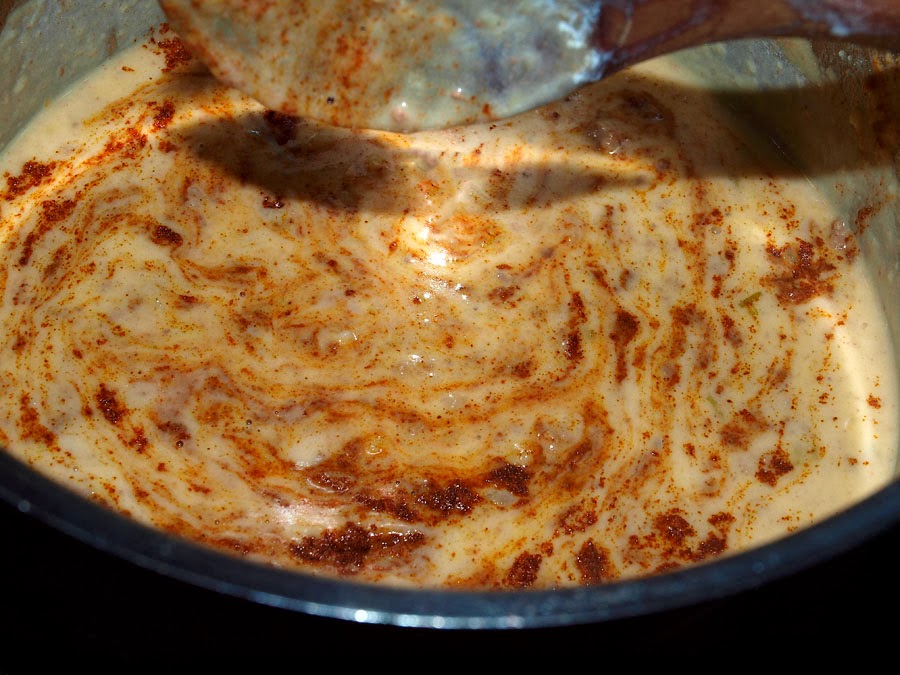 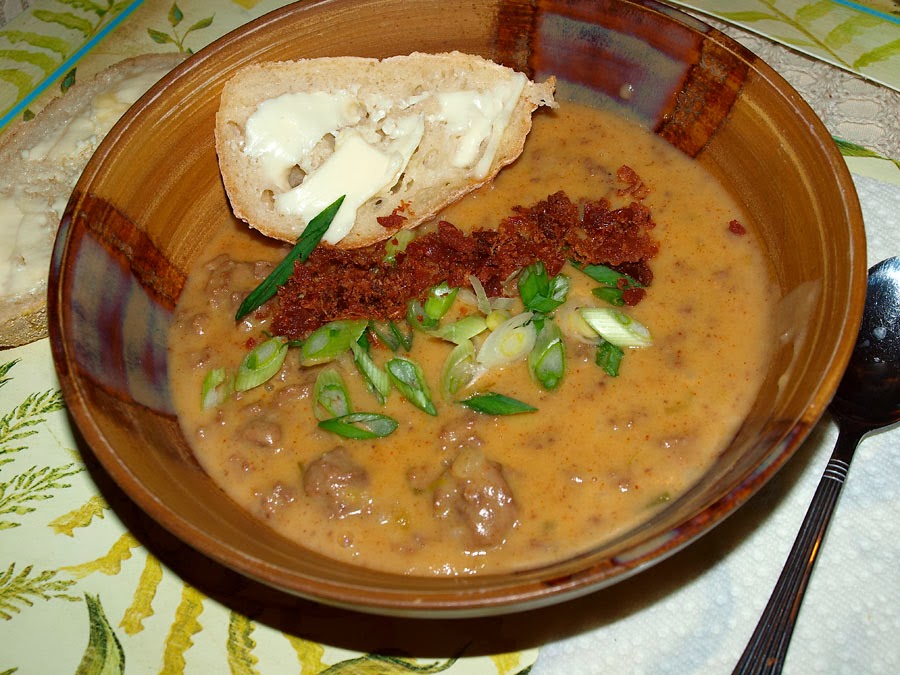