I have had this recipe for a while and been wanting to try it. It has been ages since I made a large pork butt. Monday I got one from my butcher Kah Meats; it weighed 10.25 pounds. It would not fit the pot I do my brining in so I cut a chunk off to make it fit. I have other pots but this one fits my fridge nice. The chunk I cut off was 2.5 pounds and I vacuum sealed it and froze for later.

I still cannot lift much after my back surgery so to get it out in my garage fridge I put just the pork butt in; then mixed up the brine and carried it out to add.

The brine recipe was ¾ cup of molasses, ½ cup coarse salt and two quarts of water. I added two tablespoons of Blues Hog rub; the seasoning I was going to use on it. It was in the brine for 48 hours.

I made some potato salad while the pork was on. It was my favorite, Justin Wilson’s Picnic Potato Salad.
I watched my Savannah Stoker V3 controller temps pretty close after changing some parameters sent to me by Billy Merril, who makes it. It worked just the way I would like. At 200 and 225 I was getting 8 to 10 deg. above and below set point for some great smoke.  After I went to 235 deg. it held within 5 deg. never getting out of the 230 range. This gave me 250 to 255 deg. at grill level. When I get time I will do a write up in the Savannah Stoker and my latest thoughts on it.

I think this was the first pork butt I brined and not sure if it was that much better. By tenting it and then removing and in the pan with a little water the last couple of hours did give me some great bark. It pulled nice and then I did a coarse chop to get the bark chopped smaller. I think it’s agreed if you don’t wrap at all you get crispier bark; but I think unless you are feeding most of it right away whatever you save and or freeze will end up with the bark being soft when you serve it later. I think I still prefer wrapping.

Brined seasoned and ready for the smoker 5 Hrs. in about ready to tent 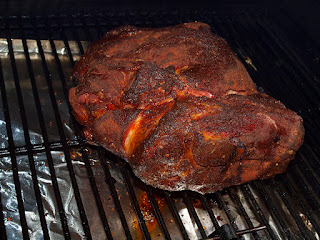 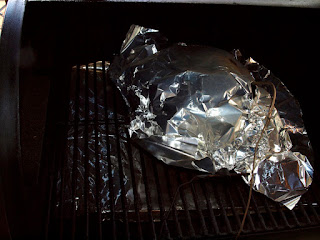 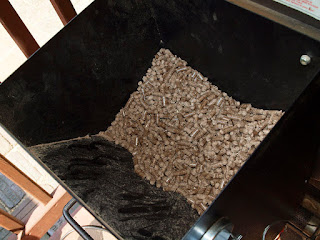 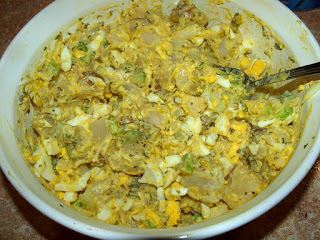 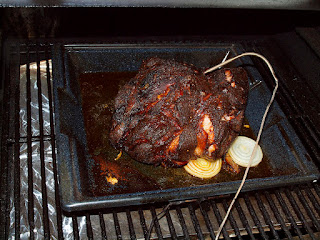 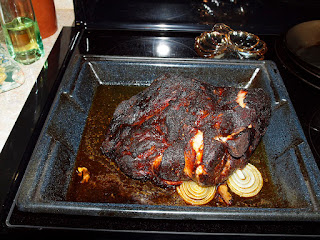 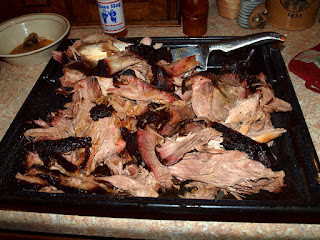 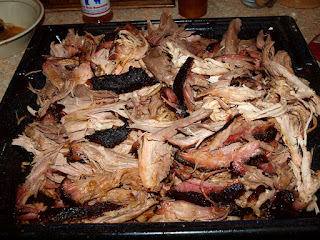 Final chop and ready to serve 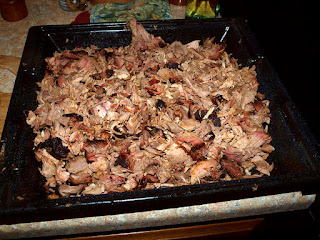 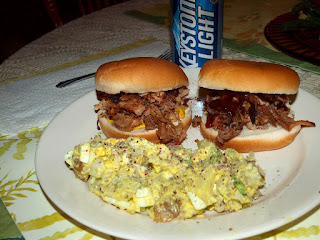