I found this recipe on Saveur for ham cured ribs by Chef Chris Shepherd of Underbelly in Houston.
I had high hopes for them but they came out too salty and I even cut the salt some in the brine. I halved the recipe and used 5/8 cup instead of ¾ cup for the half gallon of water. The next time I will try 1/3 cup since that is what I use in my standard brine.

My BBribs also were not the best. I bought them at my butchers and they were double wrapped and frozen. When I got them I thought they were a little shorter than normal, but they were thick. When I thawed and unwrapped there were two short racks. One looked pretty nice but the other looked like half ribs and half back strap. I cut them in half for my brining pot. They would still do and plenty for the wife and me.

My brine mix was half gallon of water, 5/8 cups of coarse salt and a tablespoon of pink salt, insta cure #1. The ribs were in the brine for 3 days. Anyone’s thoughts on the brine and time are appreciated. After brining I rinsed well and dried, seasoned with just a little Blues Hog rub and in the fridge several hours before smoking.

The ribs were supposed to be glazed with a mustard and molasses sauce. My sample package of Blues Hog came today and one was their Honey Mustard sauce so I used that instead of making my own. I used it on one piece for but I used Kah’s BBQ sauce on two for the wife, she doesn’t like mustard sauces.
I left the piece that looked like back strap plain.

I sauced them with 50 minutes left and tented with foil and let rest 10 minutes before cutting up. I liked the mustard sauced one pretty good and not to mustardy tasting. I always like the Kah’s BBQ sauce.

I thought the beans were extra good, even though the wife didn’t care for them. I thought they had a nice balance of the sweet, sour and heat. I knew the Sutters corn would be good, fresh picked today and my first of the season. I steamed them in my rice cooker and we had butter, Penzey’s sandwich sprinkle and parmesan cheese on them.

Ribs in the brine for 3 days 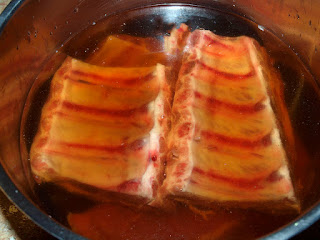 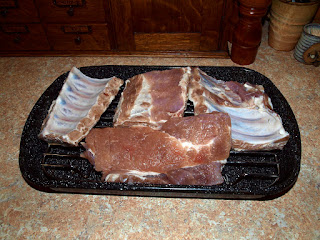 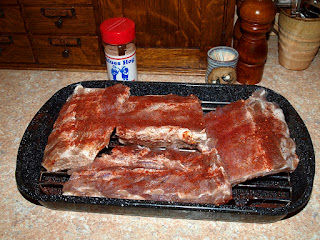 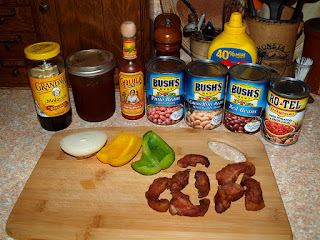 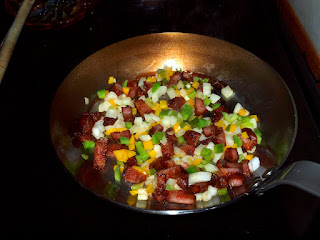 All in except the Rotel tomatoes 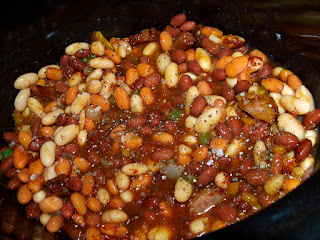 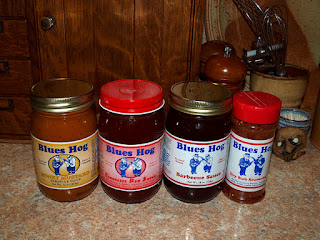 On the smoker ready for sauce 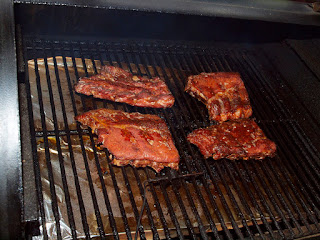 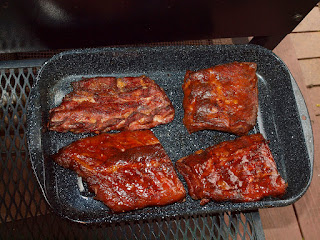 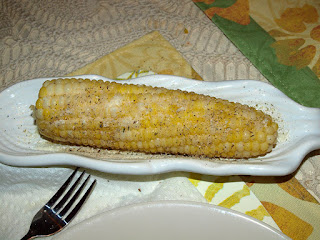 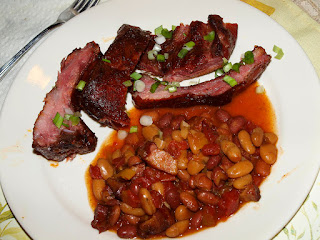