I started this Tuesday and glad it was a nice day to finish it outside today. I found the recipe on honestcooking.com. The poster adapted it from someone else and now I adapted it so guess I can post it. The braising liquid was simple, 3 cups apple cider, ¼ cup bourbon, 10 pepper corns and 2 bay leaves. I only used 1/8 cup, (2 oz.), of bourbon.

Typically one covers the meat half way with liquid and then covers the pot to braise. I did mine on my Traeger and did not cover it. I did it for one hour at 200 deg. grill level and then 3 hours at 250 deg. grill level. My Savannah Stoker v3 controller did a great job. I had sliced off some and did it for a cooks treat. My wife was out running around so I saved her half of the bacon but by the time she got here there were only two pieces left!

After a total of 4 hours on the smoker I removed the bacon and let cool for an hour then wrapped in plastic wrap and in the fridge. It will keep about 5 days until you are ready to cook.

I had some fresh picked corn to steam and would have the bacon over red beans and rice. Red beans and rice from scratch would be better but for busy cooks and old slow cooks Zatarain’s is pretty darn good. I like it because I can do it in my rice cooker and have it ready to serve hot with everything else.
The grandson was eating with us he loves corn on the cob and rice.

I sliced the bacon about 3/8 inches thick to brown up on my Weber Spirit on Grill Grates. One nice thing about Grill Grates is you don’t have to worry about flare ups from grease; you will have them but they don’t touch the meat. I sliced the bacon early and in the fridge on a rack in a roaster pan.

I had my red beans and rice on and coated the bacon lightly with Savor’s Super Pig. For my taste I have found just a light coat of it really enhances bacon. I had the Weber heated to 350 – 400 deg. and did the bacon about 4 minutes per side and steamed the corn about 8 minutes.

I had some of Blues Hog’s Tennessee red sauce over my bacon and it was great. The jowl bacon was melt in your mouth tender. The grandson was not crazy about the bacon, he wants it all crispy, but he liked the rice and ate 2 ears of corn. My wife who isn’t crazy about beans said she liked the Zatarain’s. 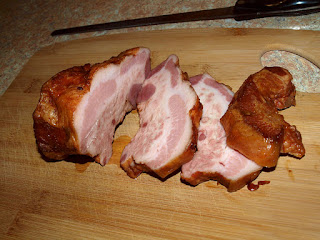 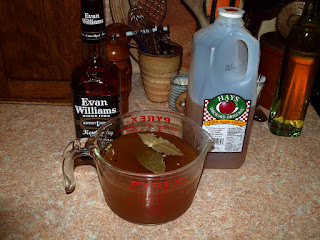 On the smoker with my treats 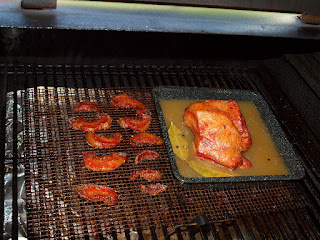 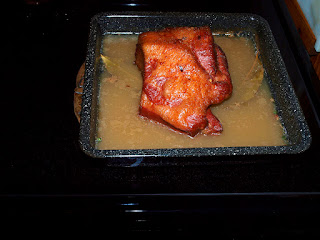 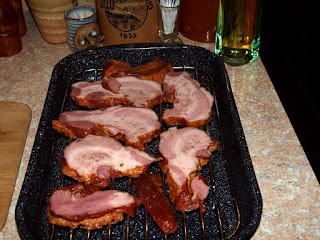 The red beans and rice 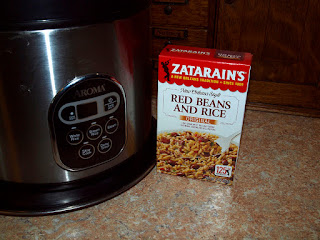 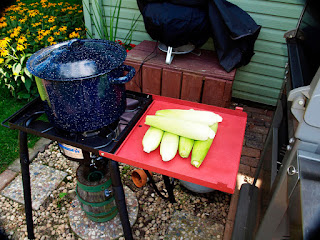 Some Super Pig and my Tennessee Red sauce 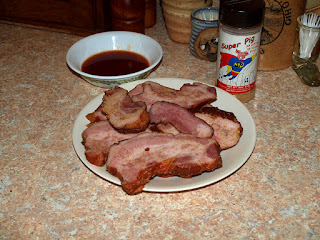 About done on the Weber 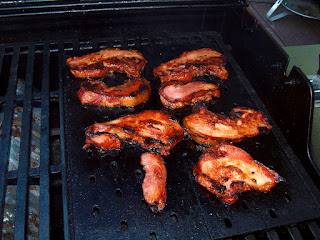 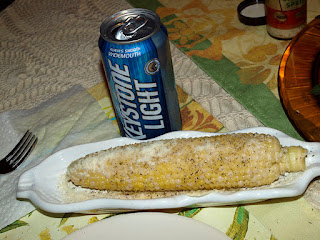 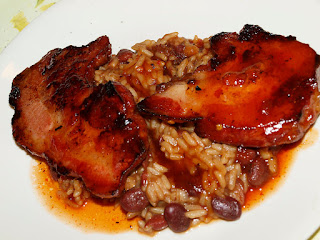 Email ThisBlogThis!Share to TwitterShare to FacebookShare to Pinterest
Labels: Bacon and pork belly