It’s now the first day of the New Year and I am a little sluggish. Maybe I over did the bourbon! I have my pork and kraut on for today’s good luck meal. I am glad I had the ribs already smoked.

I usually try to have a good supper to ring out the Old Year, steak, shrimp, lobster or a combination. I had some beef tenderloin steaks from Sam’s Club that had some nice marbling so I knew they would be good. I had about a pound of shrimp left to use; a baked potato and a green salad would top it off.

I baked some of Walmart’s garlic knots early and would warm them in the oven to serve. We like our baked potatoes with a potato rod inserted, baked at 350 deg. for 1 ½ hours. You end up with a very crispy potato skin to eat after eating the inside.

I got the potatoes in baking and the last half hour I did the steaks and shrimp. I rubbed a small dab of olive oil on each side of the steaks then seasoned them with a little dried garlic flakes, grey sea salt and fresh ground pepper. I seared them in a hot skillet for 3 minutes on each side and then in the 350 deg. oven for 10 minutes topped with a pat of gorgonzola chive butter.

I seasoned the shrimp with a little sea salt and Penzey’s Cajun seasoning and sautéed in butter and olive oil about 5 minutes. I popped the garlic knots in the oven for the last 5 minutes, and served it all. The steaks were just right for my wife and a little rarer than our daughter and I like, but they sure were good! My wife said the best I have done. 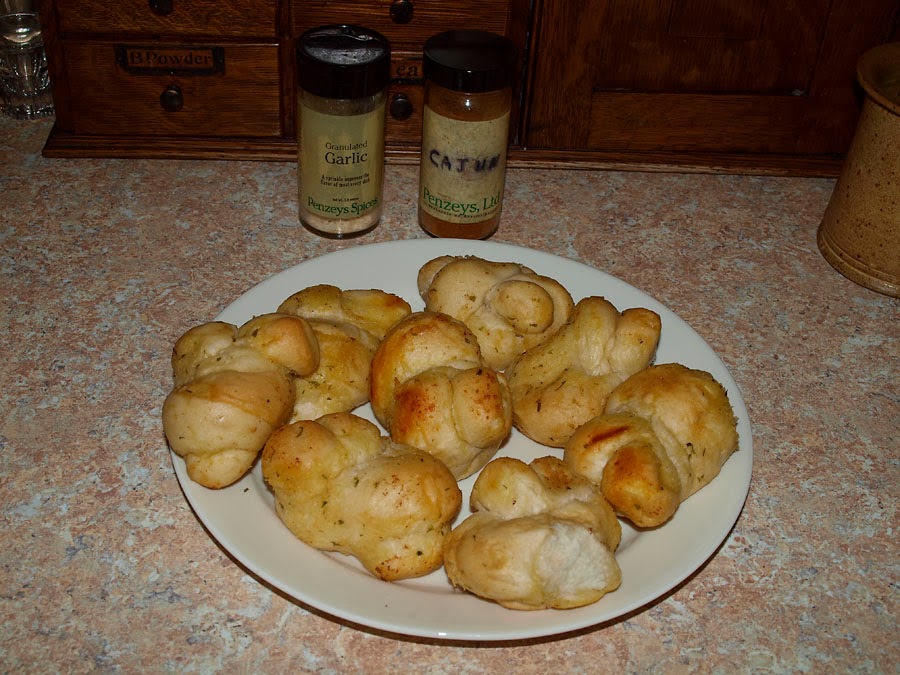 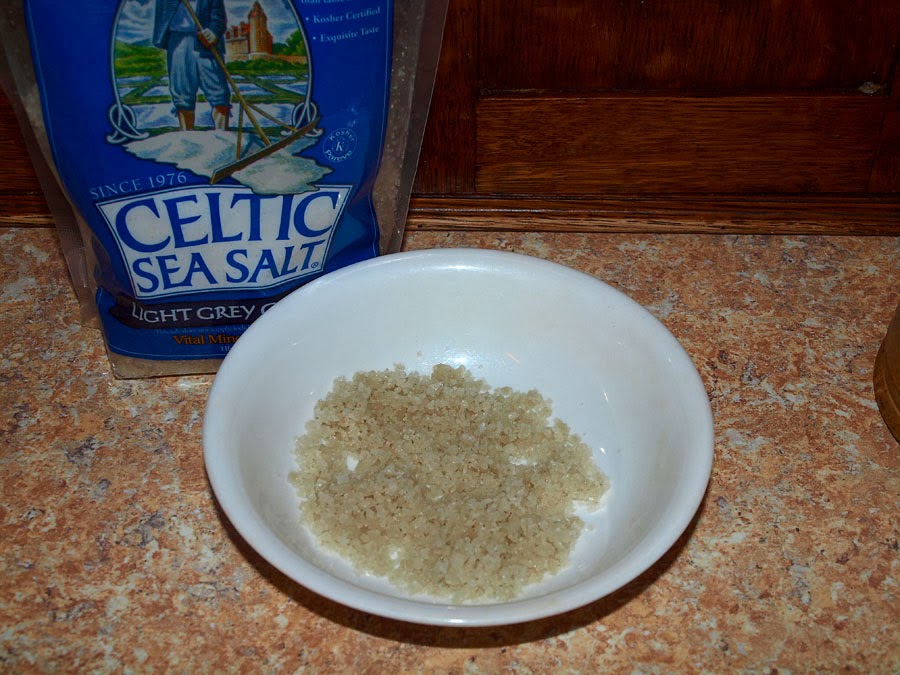 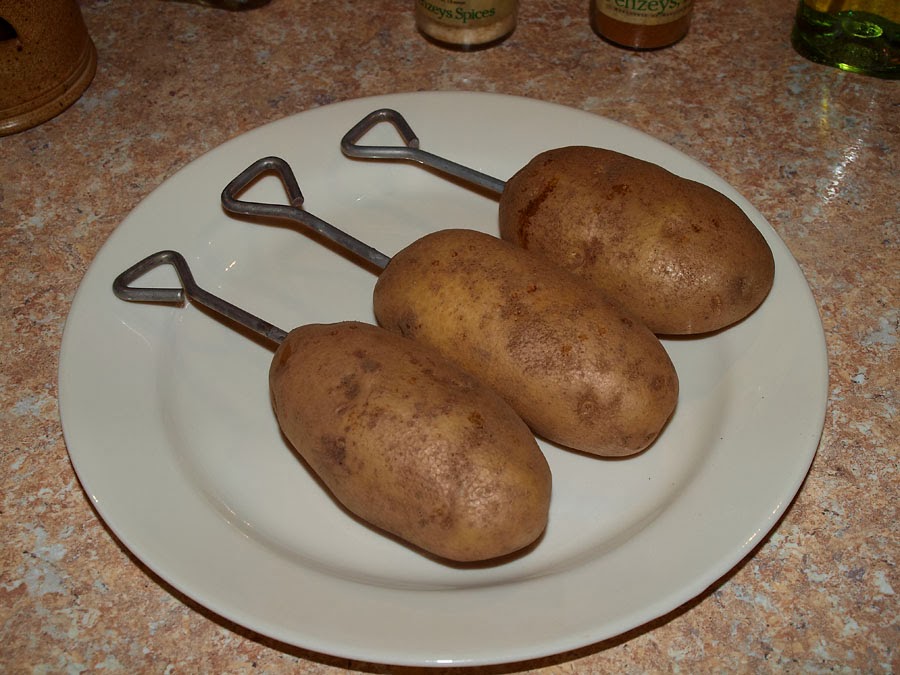 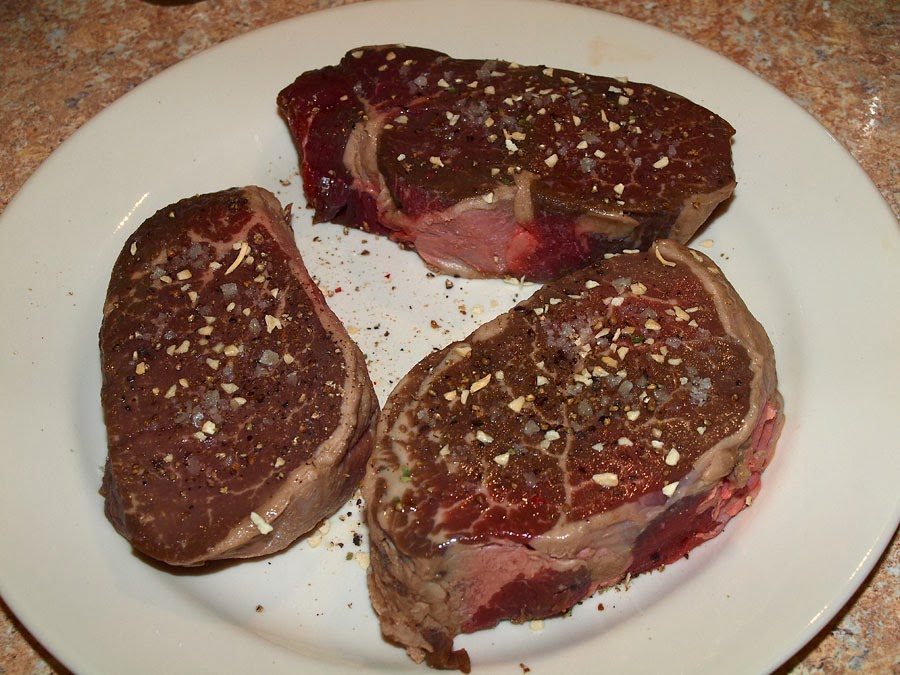 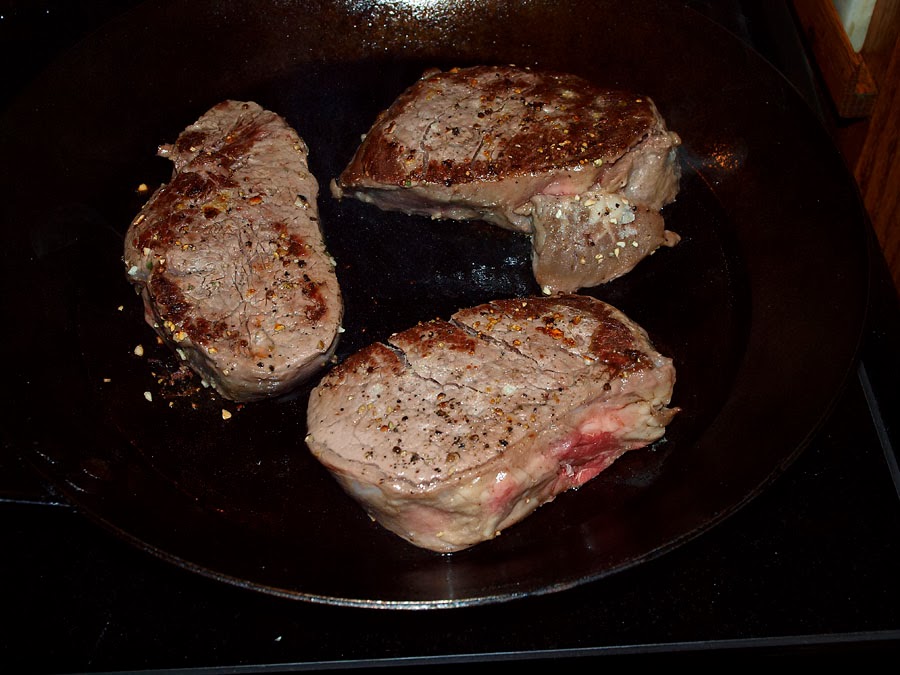 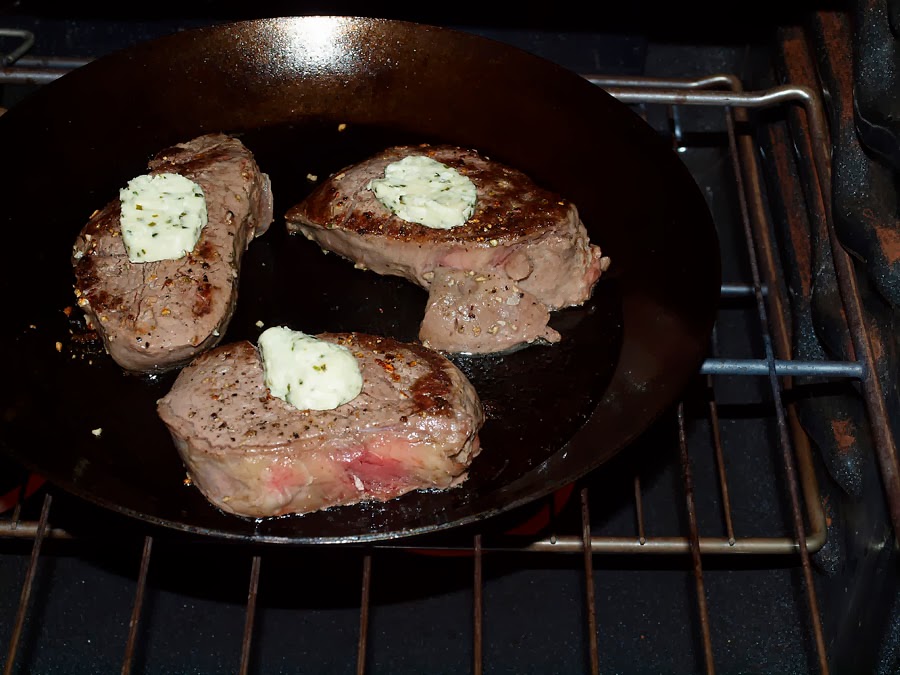 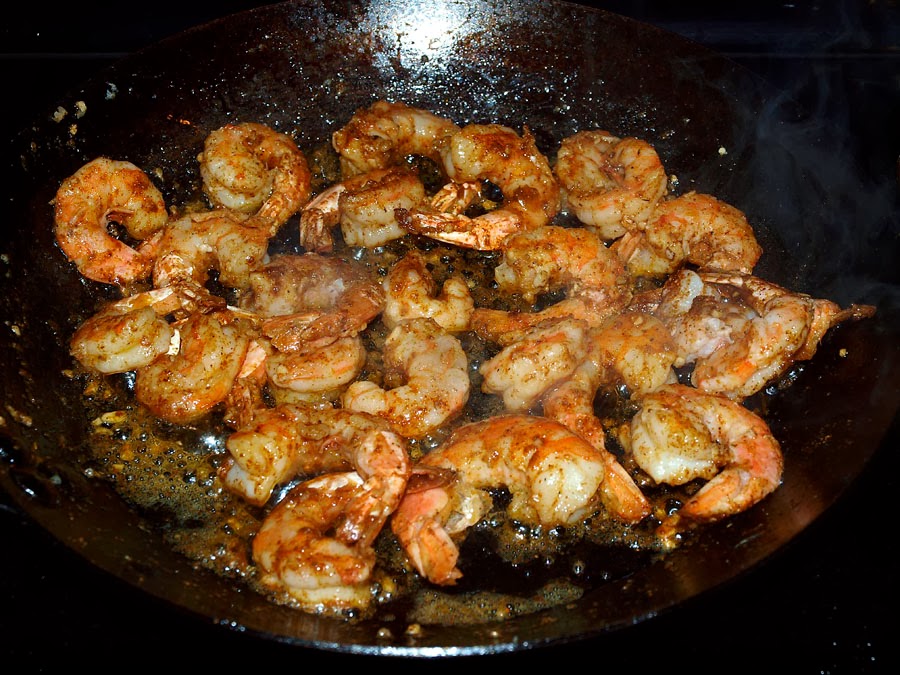 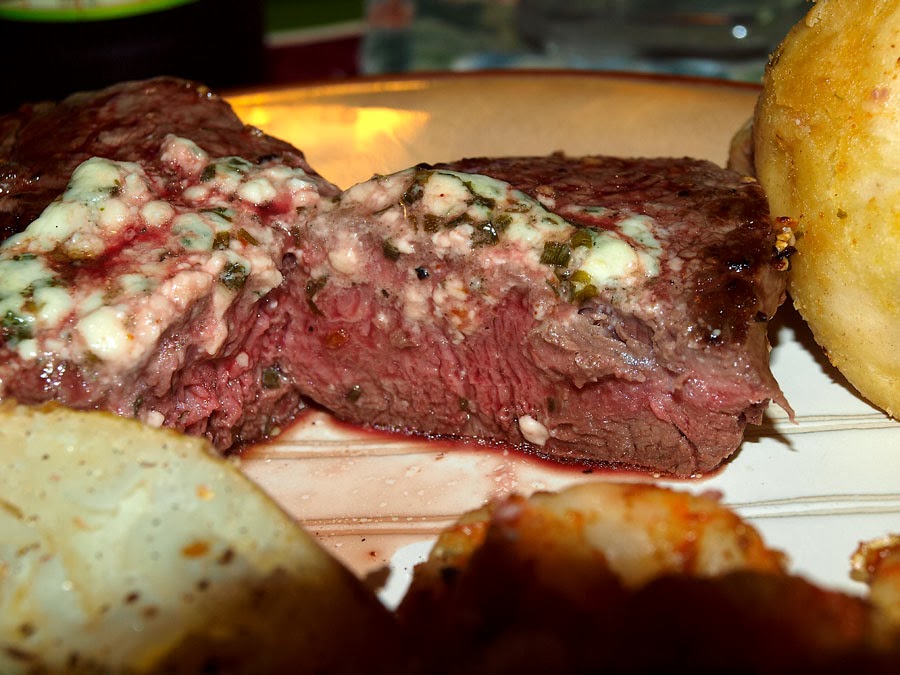 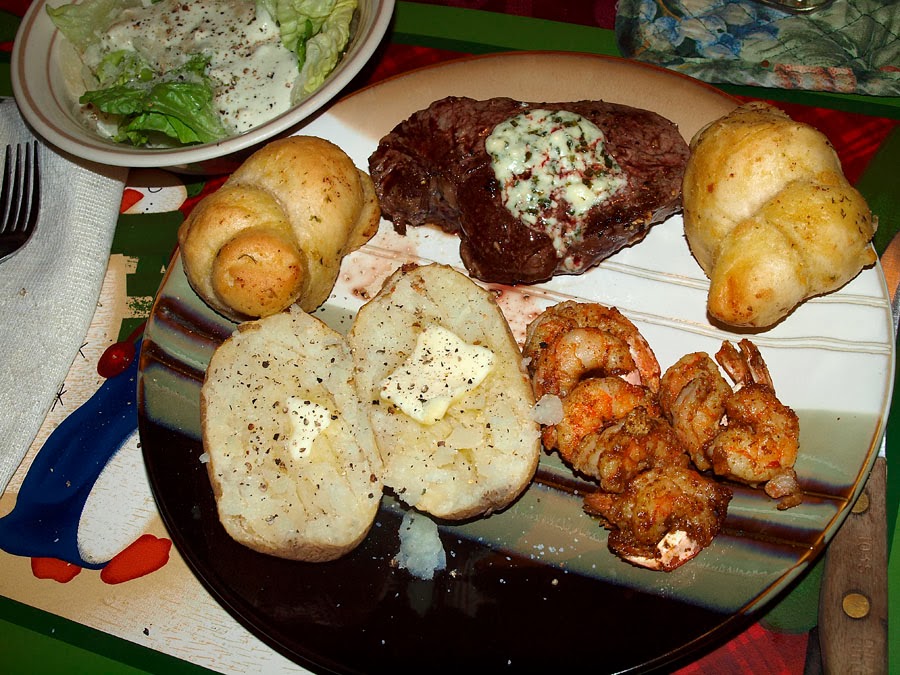