It’s too cold to cook out and right now almost too cold to be out! This called for some comfort food and I had some of my homemade sauerkraut and meat in the freezer that needs used. I rummaged through the two freezers and all I could come up with was a chunk of smoked ham and ring bologna. I don’t think I have ever used either one for pork and kraut but decided to try it. My favorite pork to use is smoked back ribs, brats and sausage, any combo of these.

For me it would need more than the meat I had so I bought a half rack pack of back ribs to use. I would like to smoke them but I browned them some under the broiler first; and stayed warm doing it!

I got the ribs browned and all in the Crockpot just after 12 noon. We ate at 6 pm so all was in about 6 hours, 3 on high and 3 on low. After 3 hours I took the ribs out and cooled; the bones pulled out clean so all I had to do was slice them up and back in the pot. I cooked some spaetzel and added for the last 1 ½ hours.

I got a loaf of bread going in my bread machine to have; you have to have some bread and butter with pork and kraut. I have baked a lot of bread in my machine over 25 years. This was without a doubt the worst loaf I ever turned out. I added some herbs but the recipe was a good one for basic white so I don’t know what happened. It didn’t rise correctly, the crust was extra crusty and it was too moist. I ate a slice and the wife ate the center of hers but the rest will go to the birds tomorrow!

The pork and kraut was great, I liked the ham in it and would use again but I didn’t care for the ring bologna. I suppose it is a texture thing with me since I don’t care for mettwurst either even though I have seen it in recipes for using in pork and kraut. I like to use the coarser ground brats and sausages.
This is a dish that seems better as leftovers. 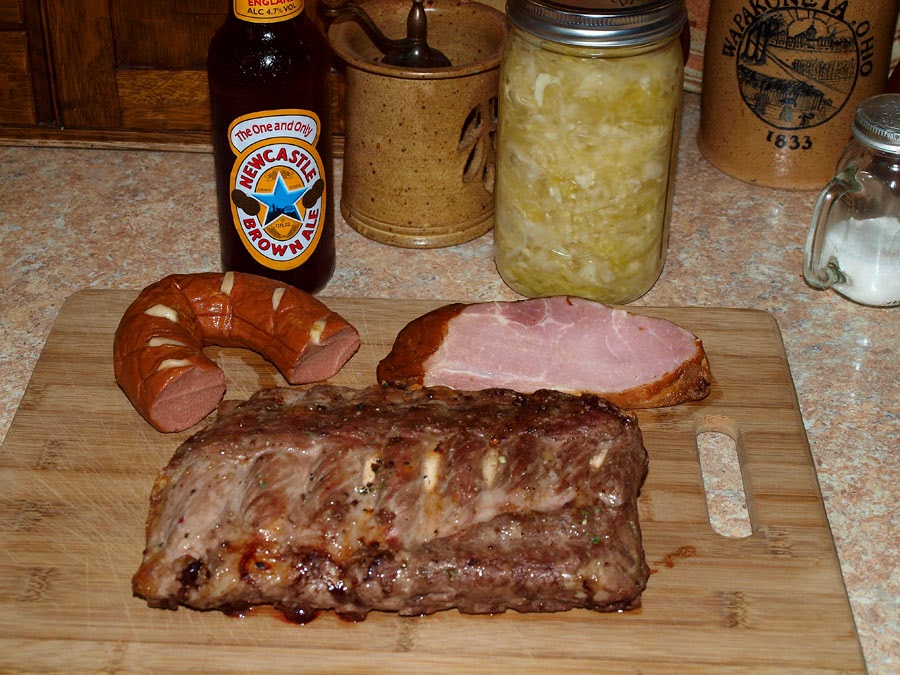 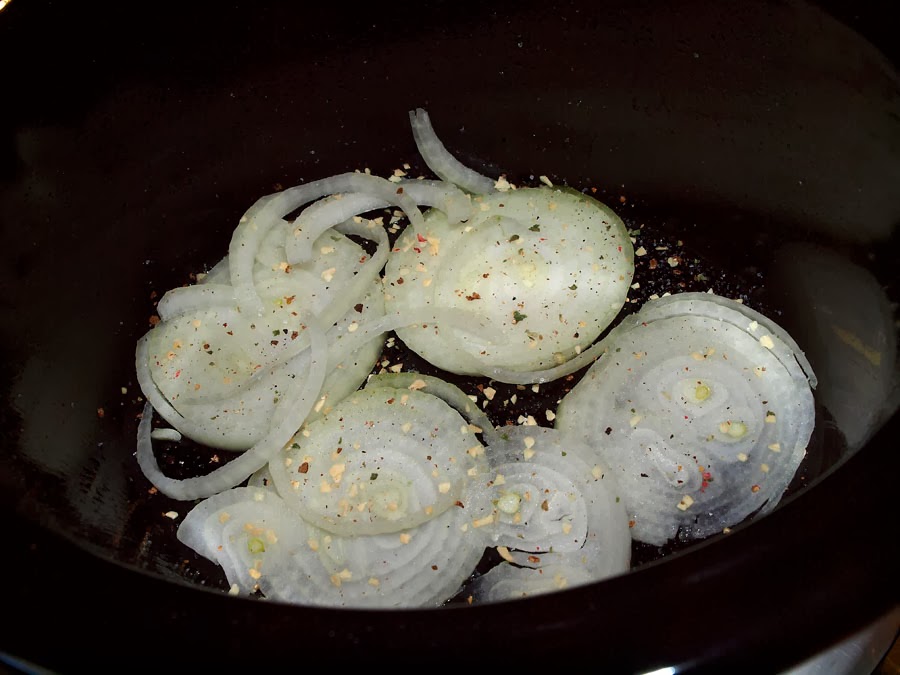 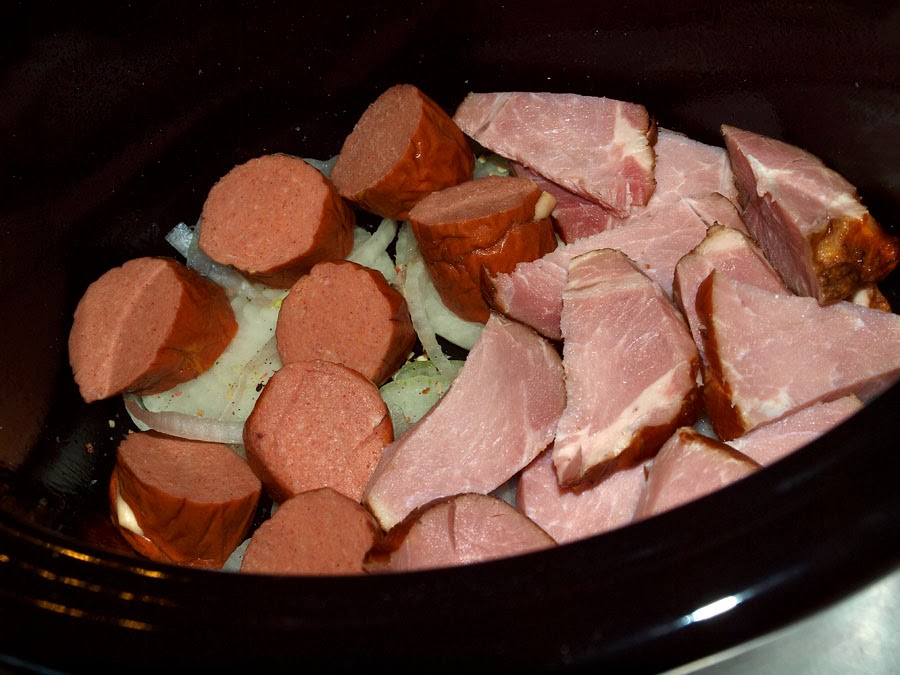 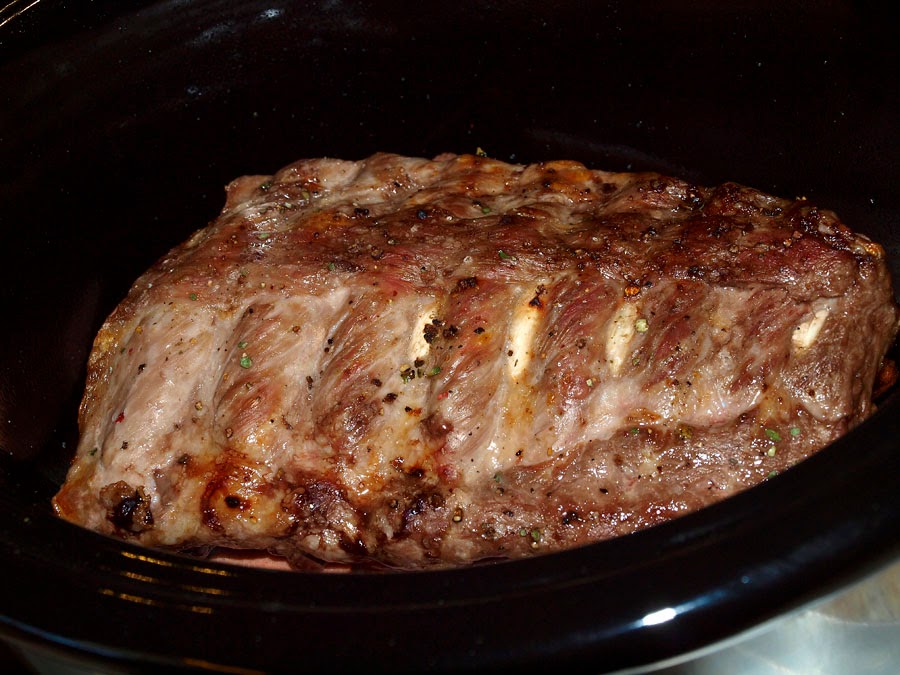 Kraut and a bottle of brown beer added 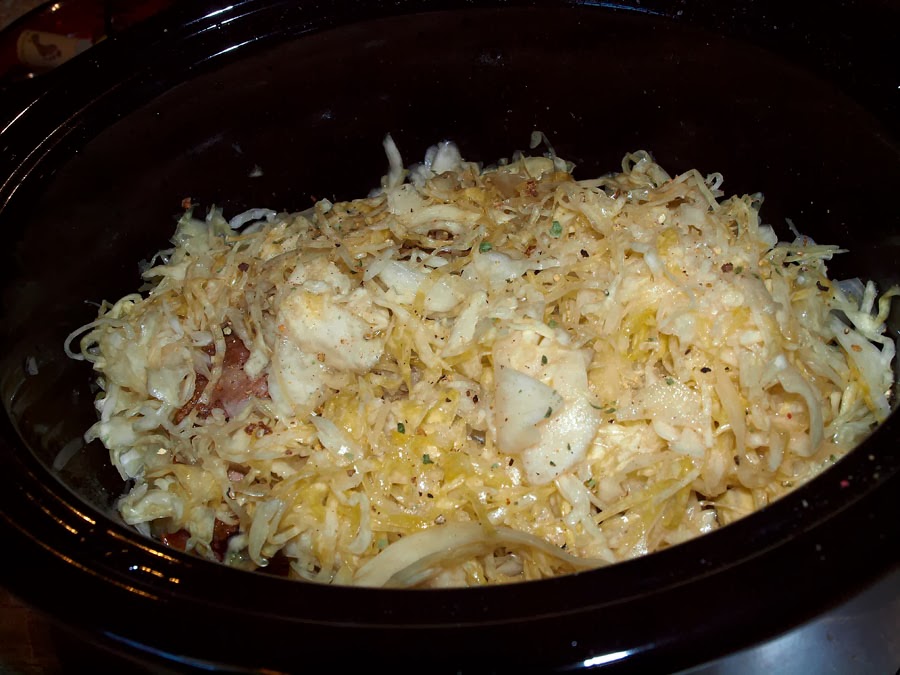 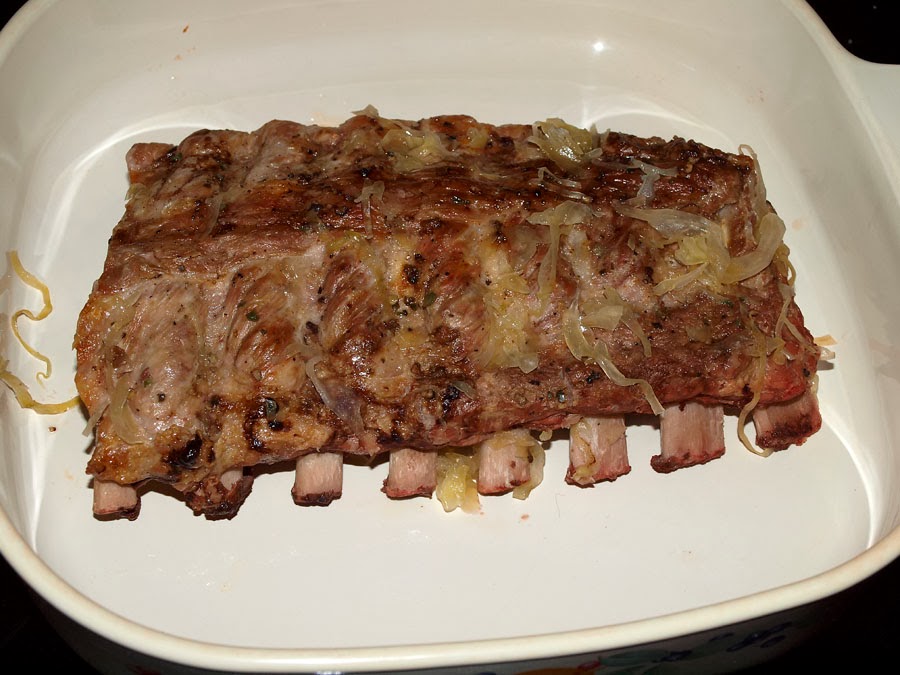 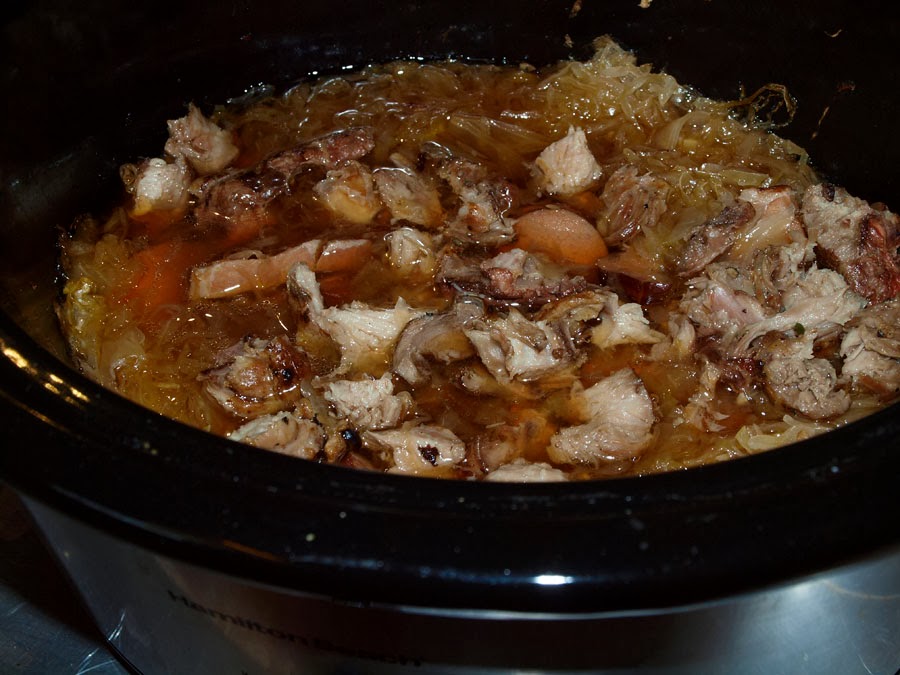 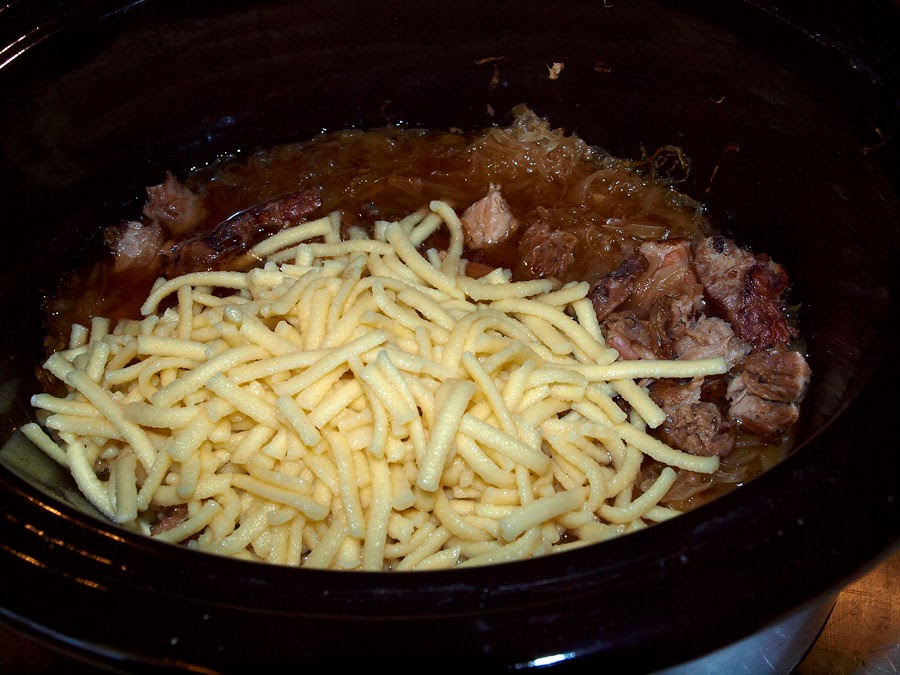 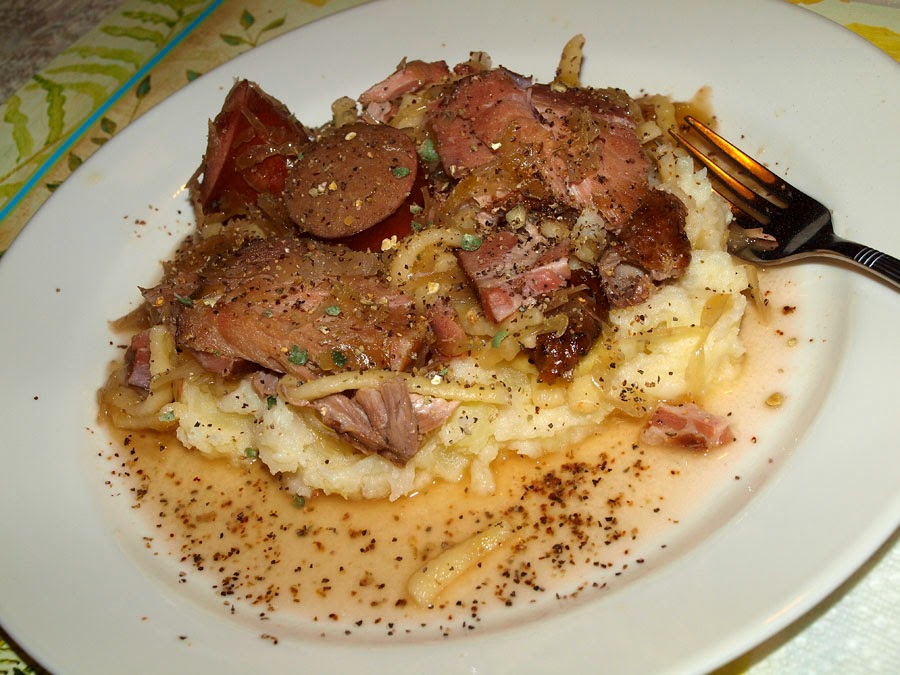