I had some good store bought spaetzel, (Bechtel farmer’s style) and wanted to make some good beef goulash to serve with it. I found a recipe by Wolfgang Puck. I always thought he was Hungarian but he was born and raised in Austria. I looked it up and found that Austrian goulash was thinner than Hungarian and sometimes served as soup.

I started about 3:45 and finished at 6:30 to serve. I used my Lodge 6 quart Dutch oven to make the goulash. Your cook time will vary according to how long it takes to get the onions caramelized.

Our local Wal-Mart is baking some good bread and had a loaf of crusty whole garlic bread to serve with it. Near the end I warmed it in a 355 deg. oven for 5 minutes to freshen.

I served it in large bowls, the goulash over top of the spaetzel and enough gravy to sop the bread. The gravy had some of the best flavor of any I ever made and the beef was melt in your mouth tender.

My wife said I am watching one of my free movies on M Go and only have so much time to view it, I can eat later. I said no, set up your TV tray and I will serve you in there, I am the boss here! J


She thought the goulash was great too.

Some of the seasoning 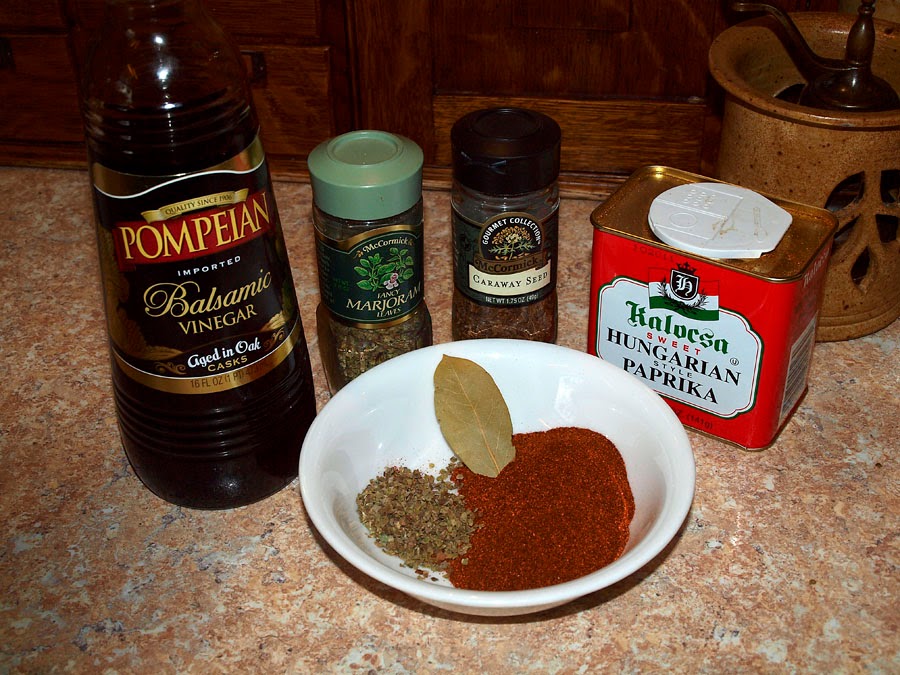 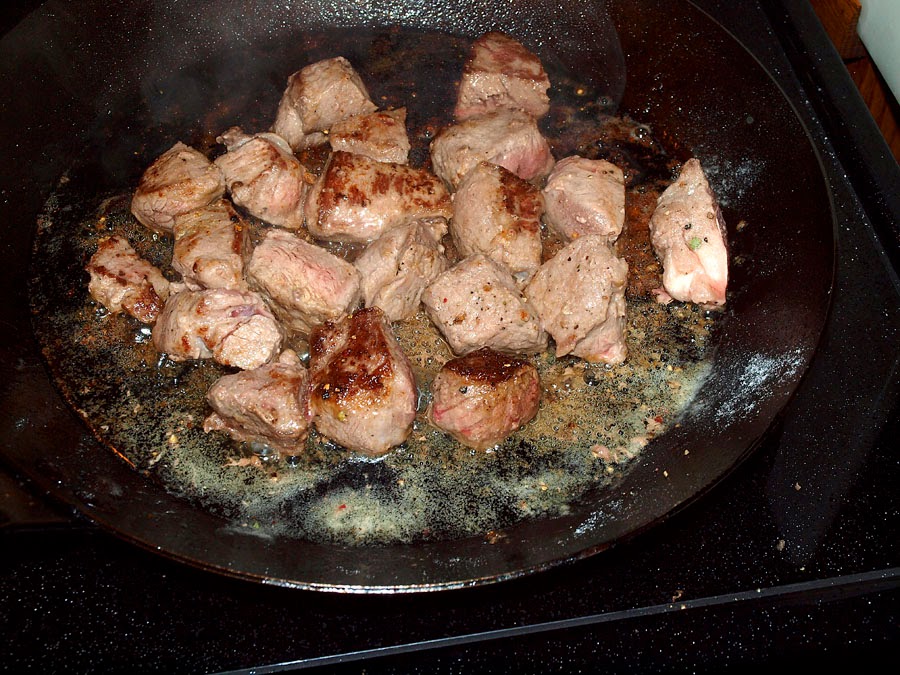 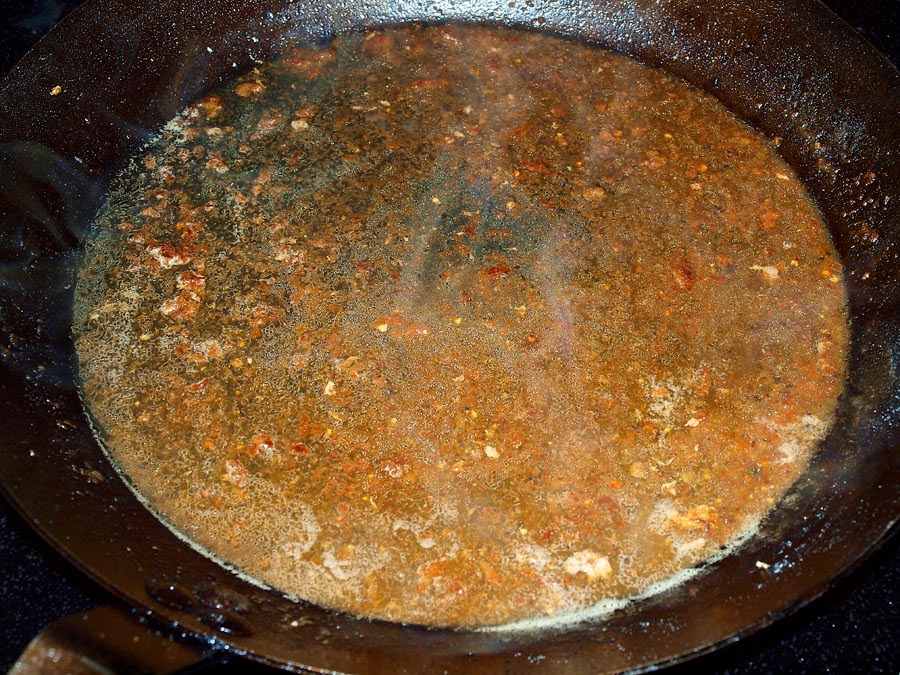 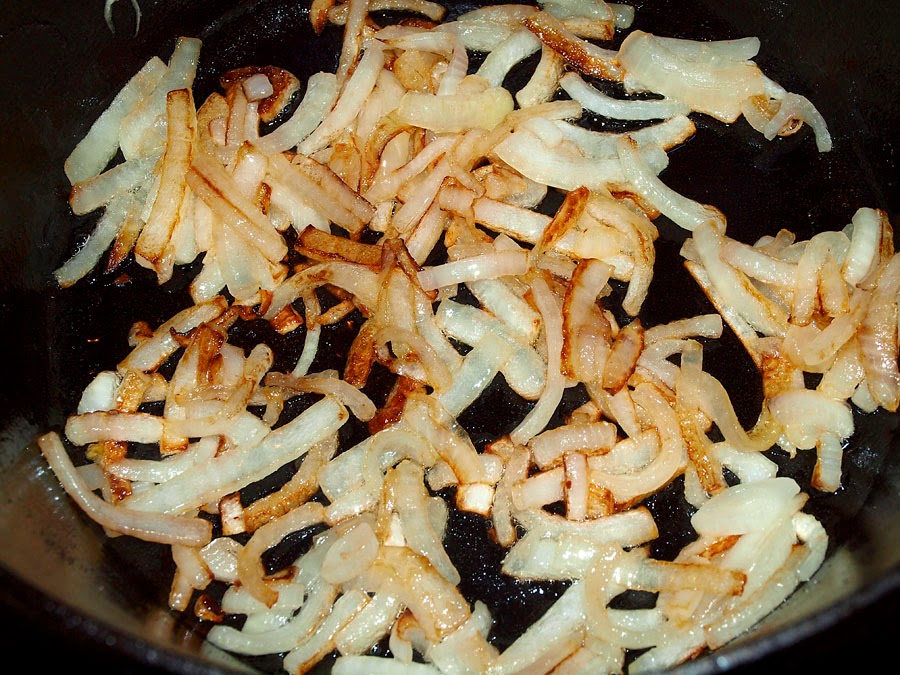 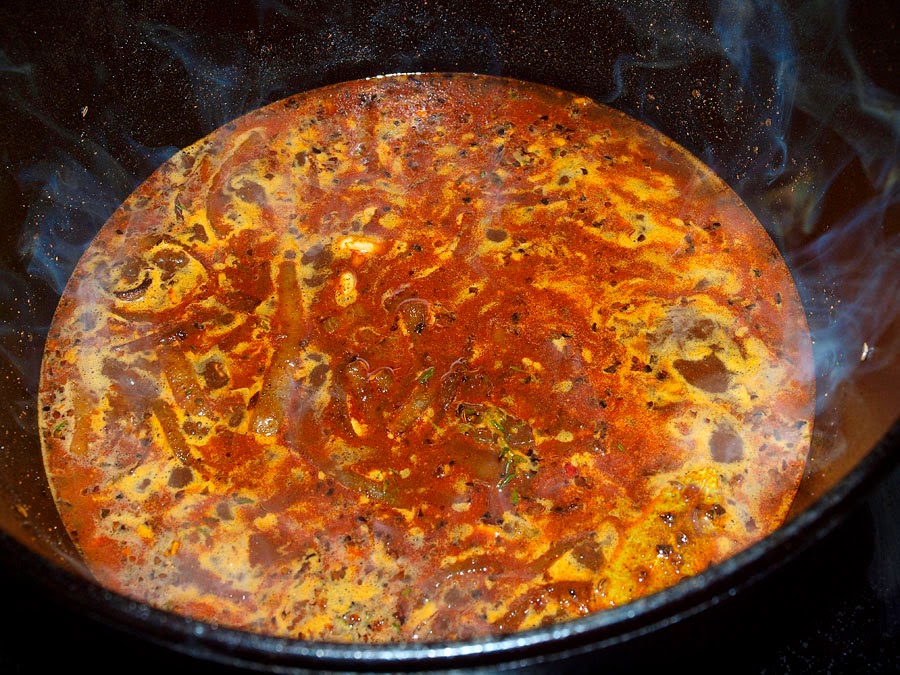 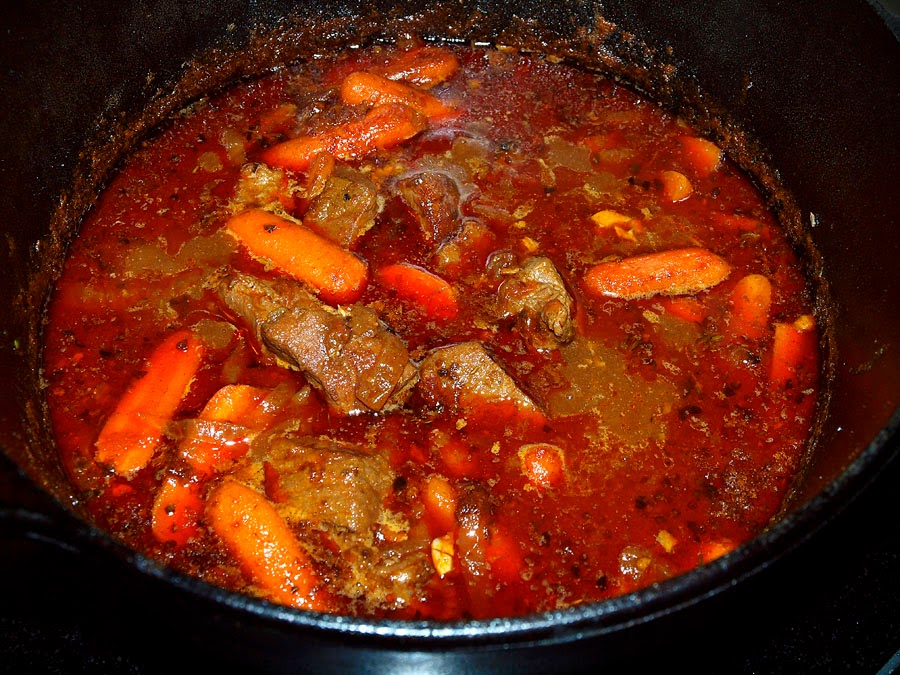 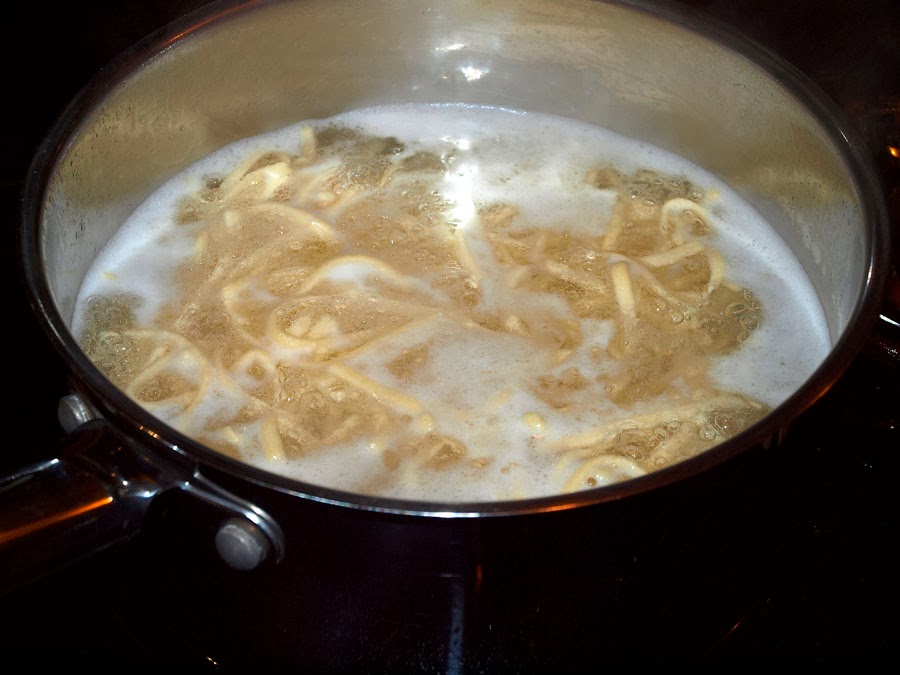 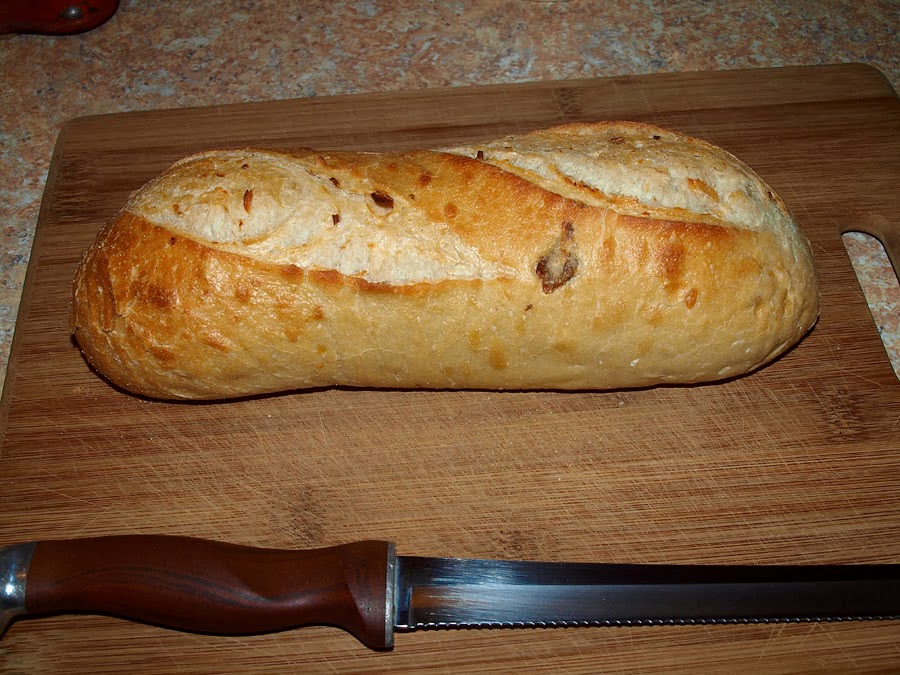 My bowl of comfort 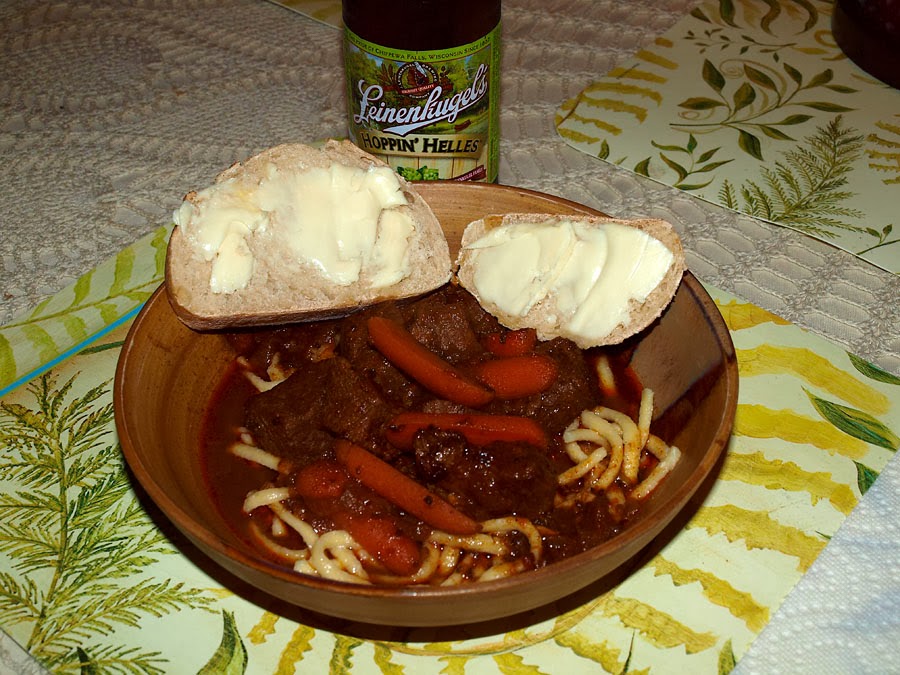