I was glad to get back out cooking on my smoker today. I had made the brine yesterday and got the tenderloins in brining at 3 am. They would brine for 12 hours.

It was a nice 40 deg. day with a little breeze. I took the time to clean some cooking equipment I had left under the smoker dirty. I washed down some of the bird doo roosting birds had left behind and hung two bags of mothballs  and two CD’s; hoping to keep the birds away. I cleaned the grate and filled the hopper with Cookin Pellets 100% hickory and was ready to cook.

The cyropac tenderloin was actually two small ones in a neat roll. I took them out of the brine at 3:00pm and tied to keep in an even sized roll. I seasoned them with some Penzey’s Cajun seasoning. They went in the fridge on a rack until my 4:30 cooking time. I wanted them done by 6:00pm.

Just after I put the tenderloins on I baked a small take home and bake baguette to have. I took out enough potatoes, Ore Ida wedges with olive oil and sea salt, and nuked them for a minute to thaw.
They went in a wire basket and on the smoker for the last 45 minutes.

When the tenderloins were done I turned the smoker down and left the potatoes in. I tented the tenderloins with foil and did my veggies, Green Giant carrots, broccoli and cauliflower in cheese sauce, for 8 minutes in the microwave.

I brought the potatoes in, sliced the meat and served with bread and butter. The tenderloins were some of the best I have done, moist and fork tender; like eating pork filet mignon. It will make a good sandwich tomorrow for supper. There was a definite maple syrup taste and the Cajun seasoning complimented it. I would have liked a little more maple syrup taste, maybe a longer brine the next time or brush on some maple syrup and sear at the end. 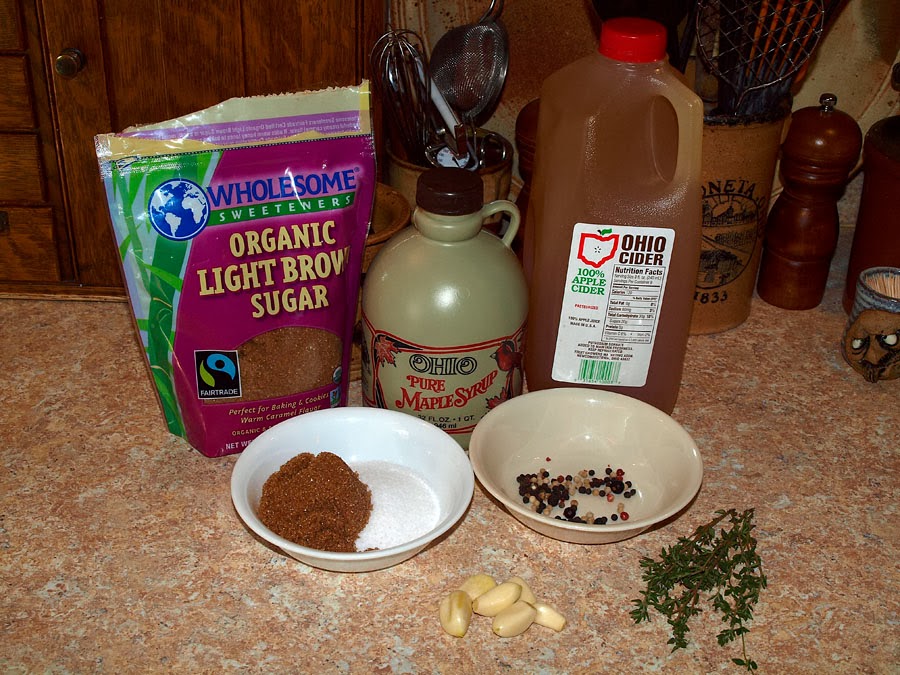 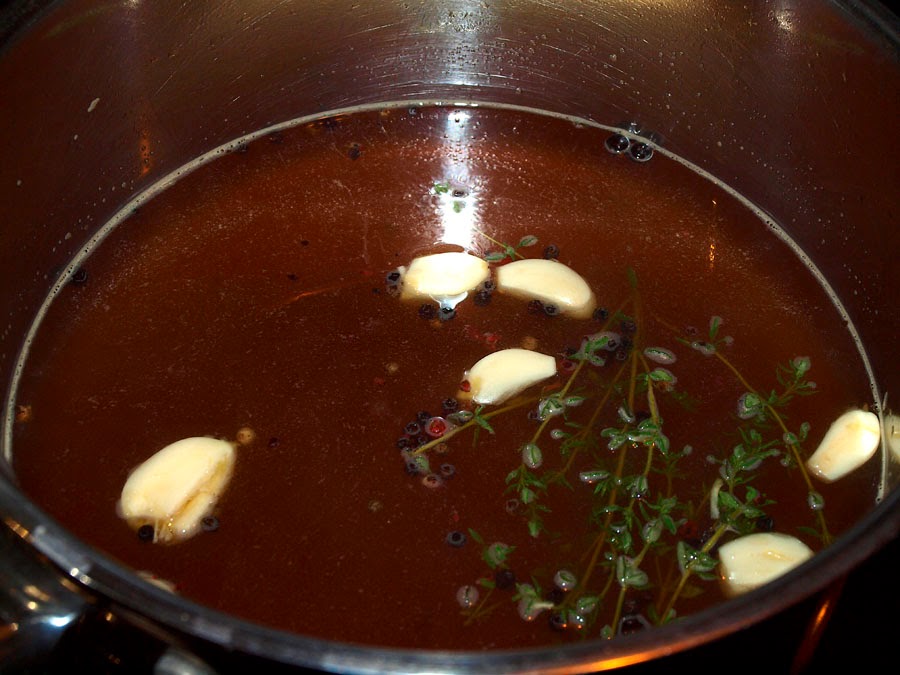 Tied and seasoned after the brine 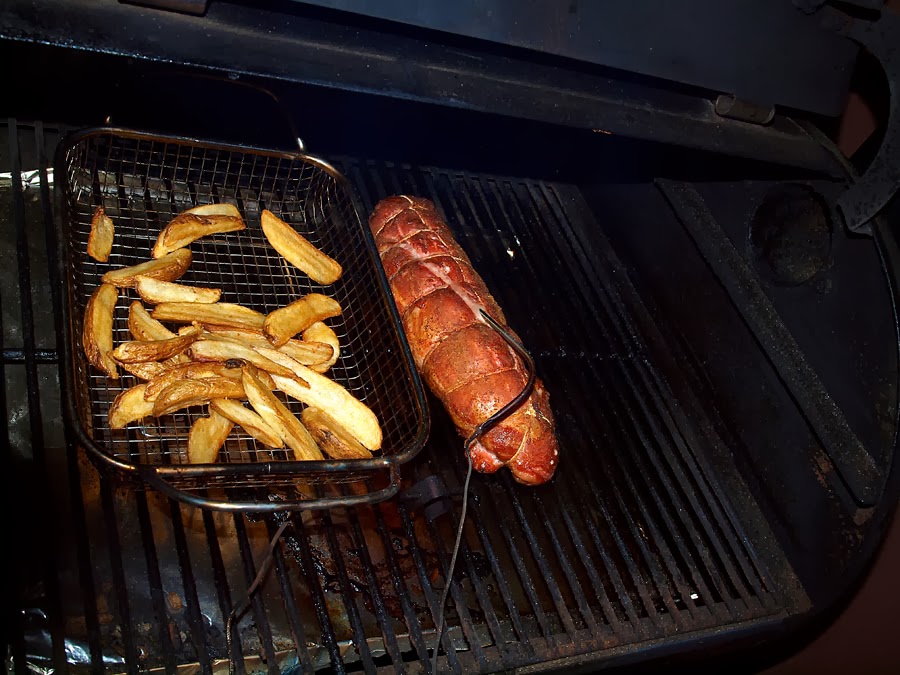 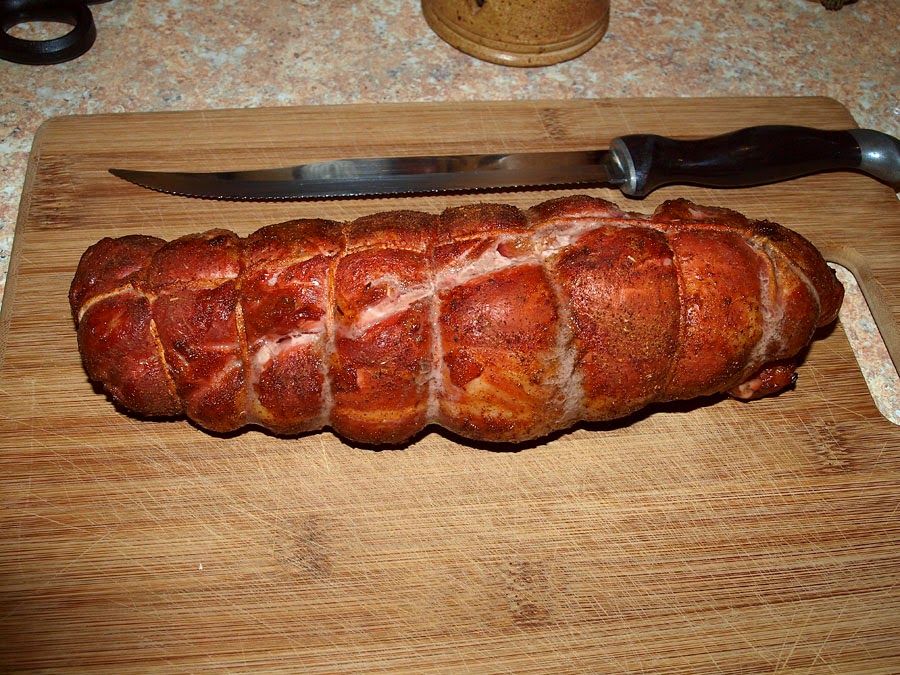 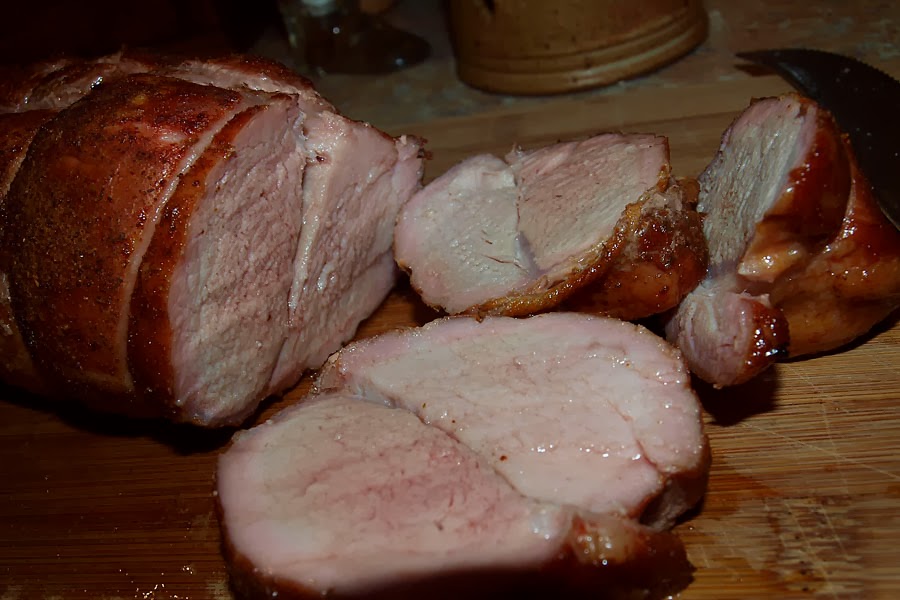