I have been eating pork and kraut on New Year’s Day for about 30 years; a German tradition thought to bring good luck. The pork because it forages for food moving forward and does not look back; the sauerkraut is thought to cleanse the body and soul to start the New Year. It does tend to clean the body!

I had already smoked a rack of pork back ribs to use. I got the pork & kraut on about 11 AM. A layer of sliced onions, two crushed garlic cloves, a bay leaf, grey sea salt and crushed black pepper. Then a layer of the cut up ribs, a quart of my home made sauerkraut topped with what was left of the rib rack. I poured a bottle of Leiny’s Hoppin Helles beer over all. I started on high for about an hour then went to low.

Through the afternoon I took the ribs out after 4 hours to cool some and pull the meat off to add back. I made some mashed potatoes and in another Crockpot to hold. I cooked the spaetzel and added it to the pork and kraut about 4:30. All I had to do is slice some crusty bread and heat up my seasoned black eyed peas at 6:00 for supper.

My wife usually makes her Knopfles, German drop noodles but didn’t want her to stand and do them. The next best German style noodles I have found are Bechtel spaetzel, they have Farmer’s style and Bavarian style. I get them at Meijers grocery.

Our son had to work so the daughter in law and grandson ate with us. We all had the pork and kraut over mashed potatoes, the wife did not have black eyed peas! That is some great comfort food for the winter.

A layer of onions 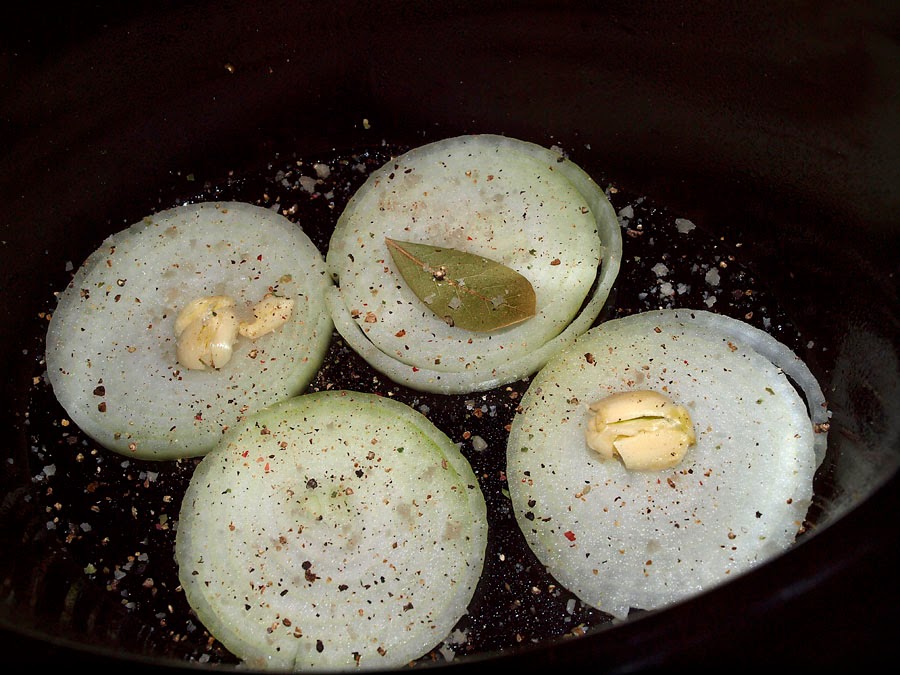 A layer of ribs 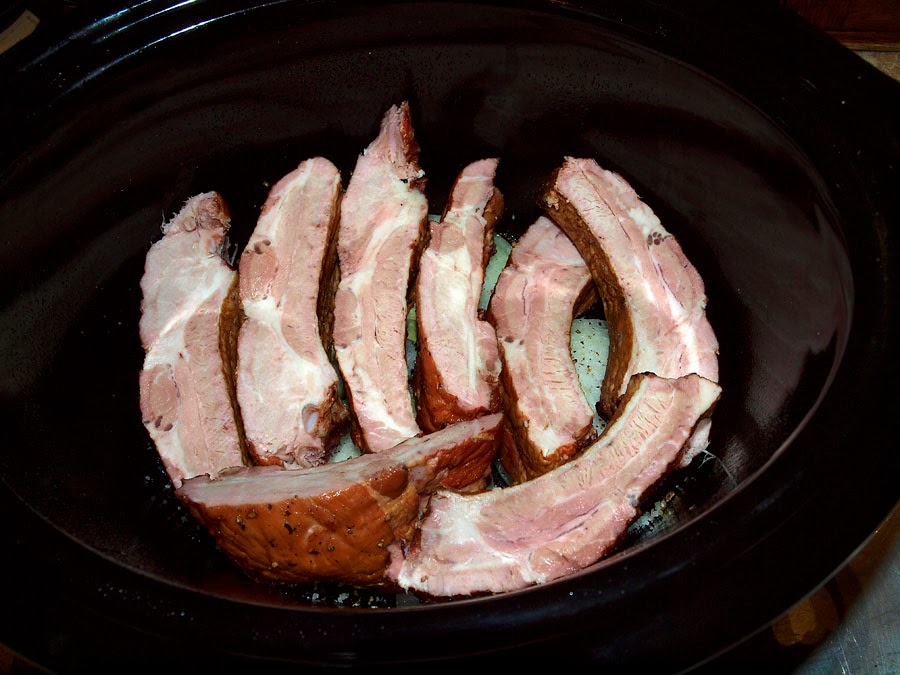 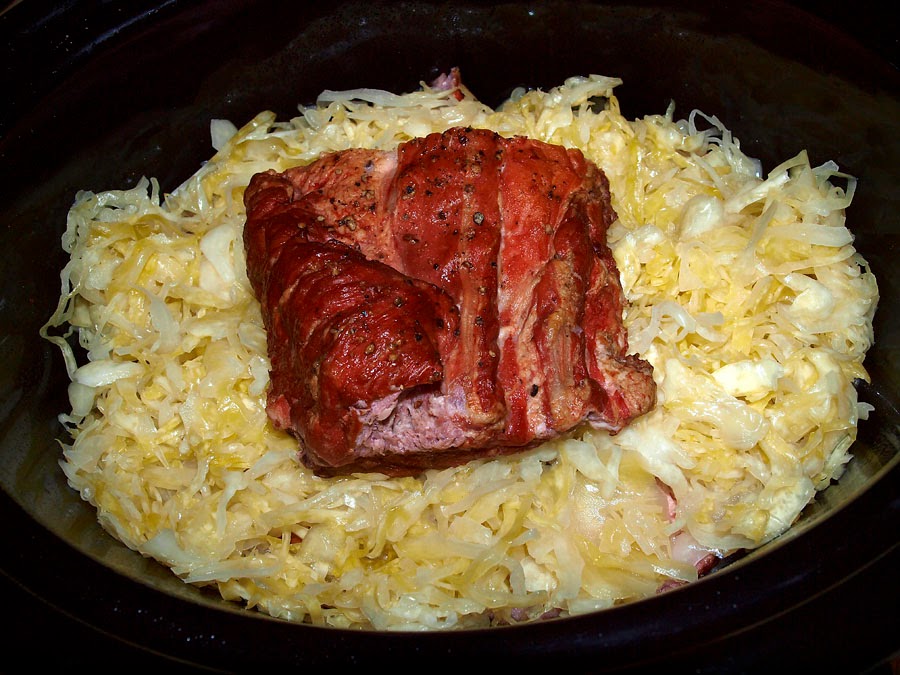 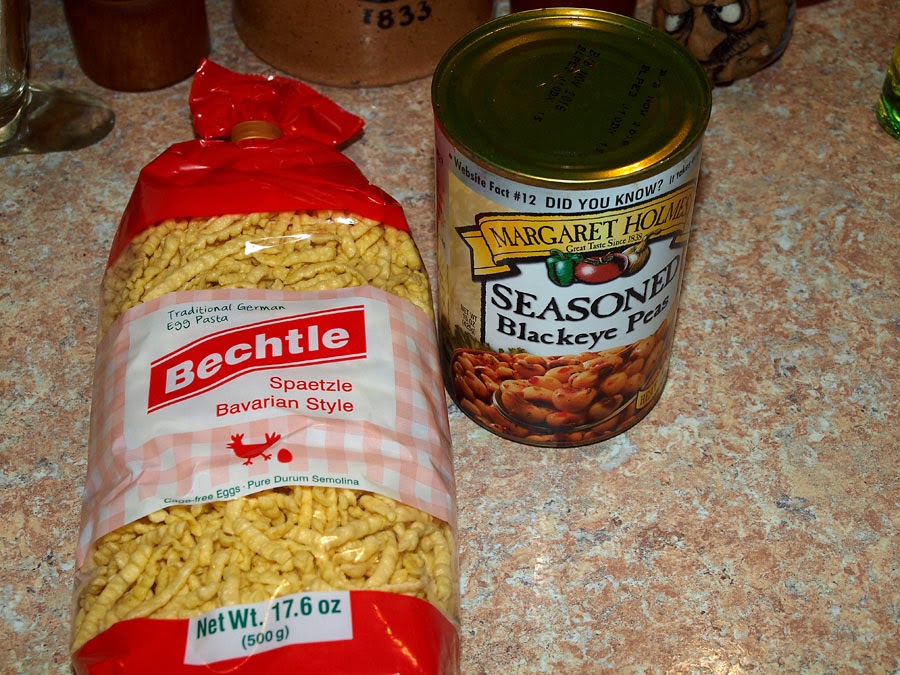 Ribs ready to remove meat and add back to pot 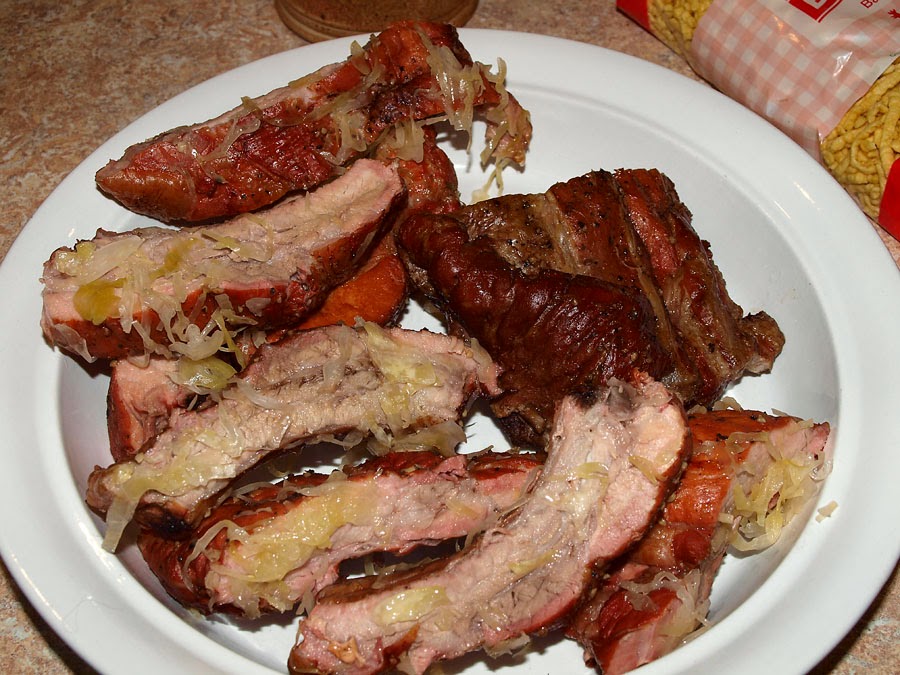 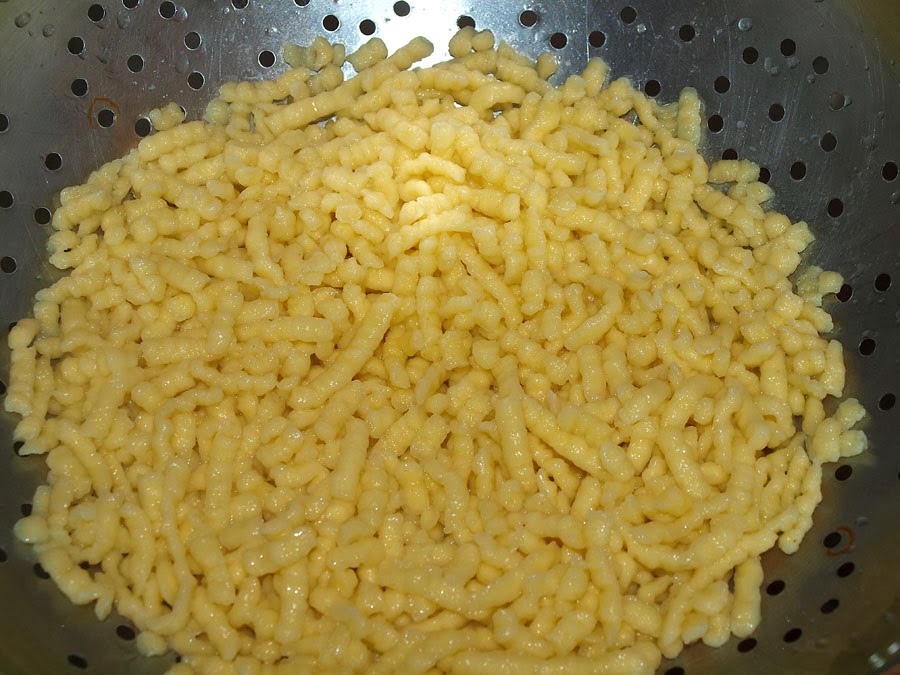 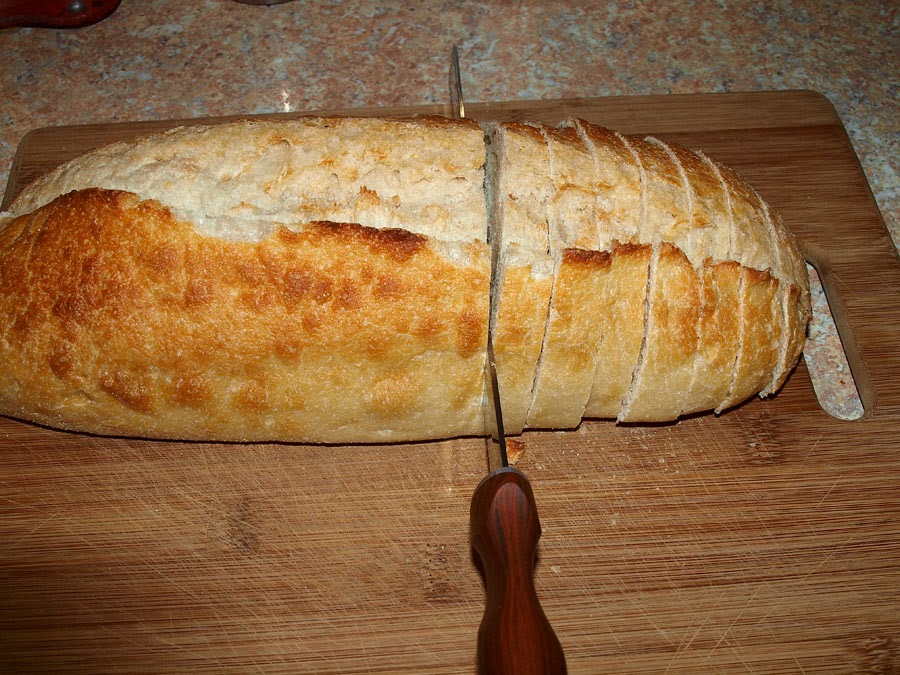 My plate and side of peas 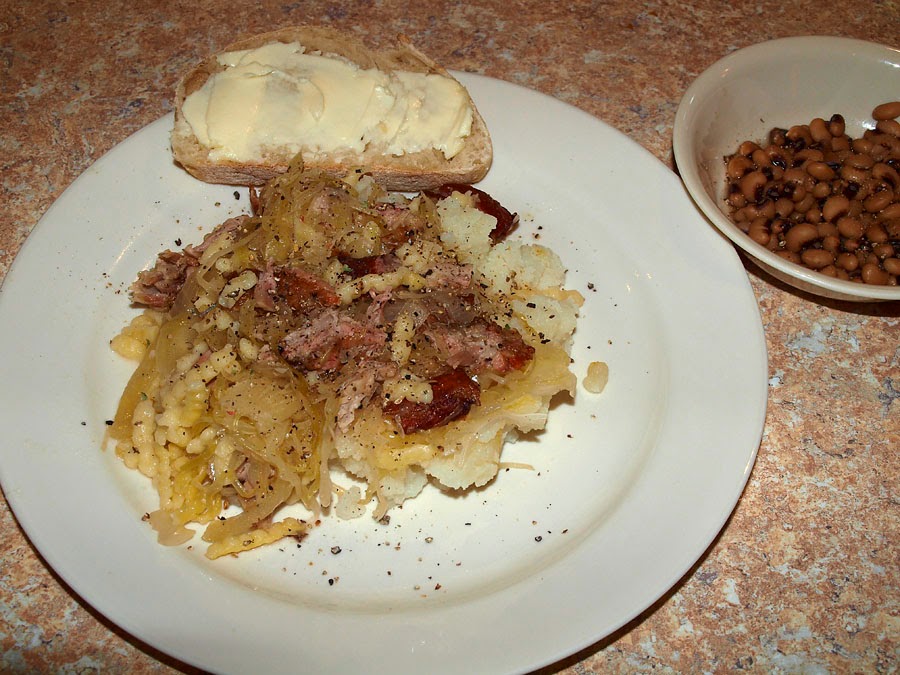