The past week a member of Lets Talk BBQ made potato latkes, twice and had me wanting some. Potato latkes (pancakes) are enjoyed in most countries of the world in some form. Potatoes are grated and made with egg and flour, more pancake like, or egg and some form of bread crumbs; other popular additions are cheese, onions, garlic and chives. Some favorite toppings are applesauce, apple butter or sour cream.

I made mine with egg, flour, sharp cheddar cheese and chives more pancake like. I think I prefer them with some bread crumbs instead of the flour. I always hated to grate the potatoes so I found a recipe for using Ore Ida’s frozen shredded hash browns, thawed. You can whip up a batch in no time.

My wife said she was hungry for a hamburger; I had some Amish style sausage patties frozen that would work. For a veggie I had some fresh asparagus. I marinated it in a little olive oil, balsamic vinegar and garlic salt then nuked in the microwave for 7 minutes, 5 would have been plenty.

My wife said that was good; I was getting tired of rice! We had been having comfort food lately and most were made with rice. My wife does not like to have the same thing two nights in a row; but give me good comfort food and I am happy eating it 3 or even 4 nights in a row. 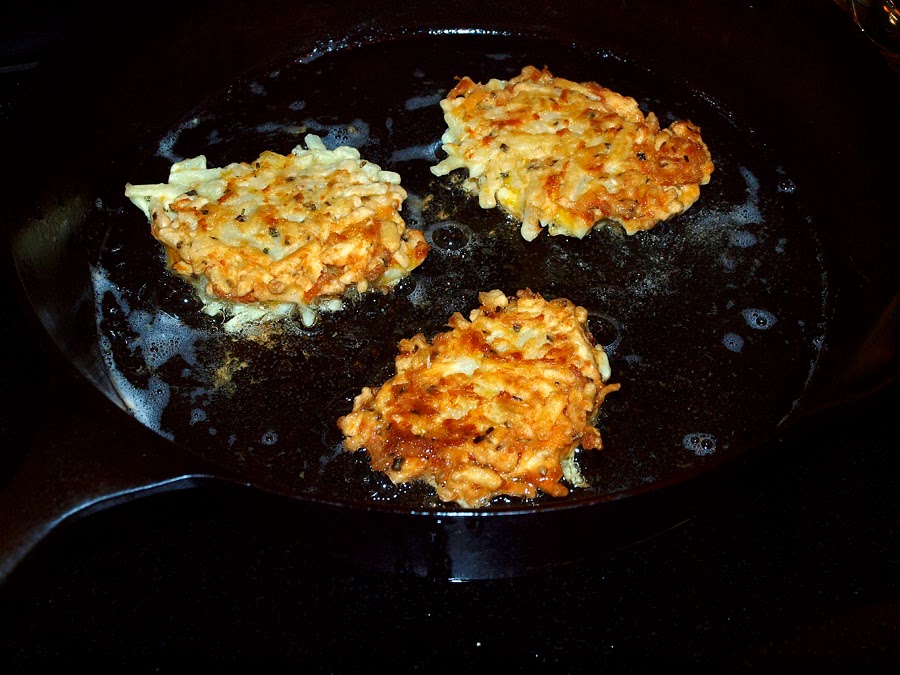 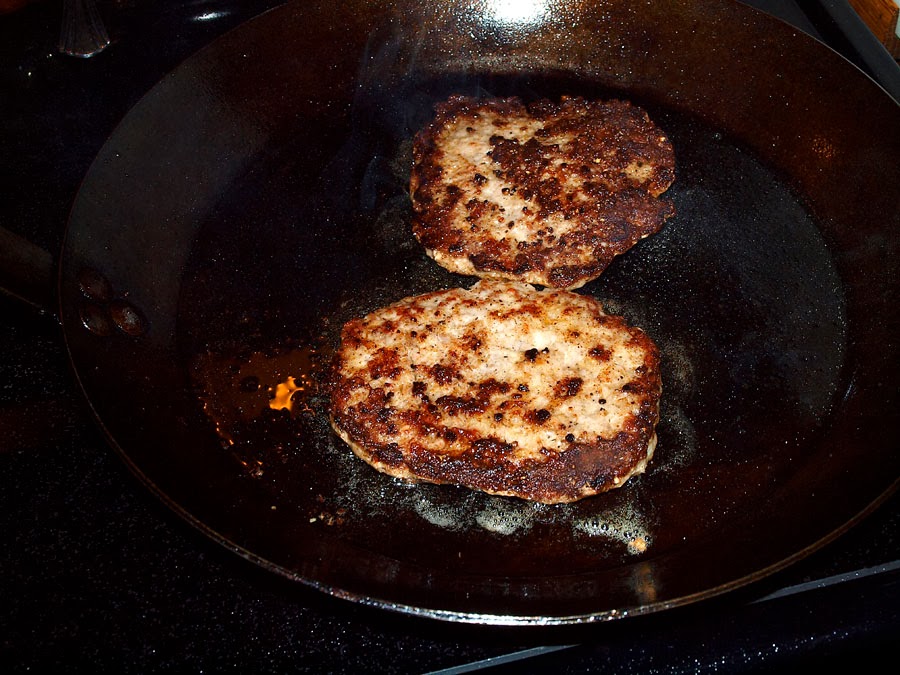 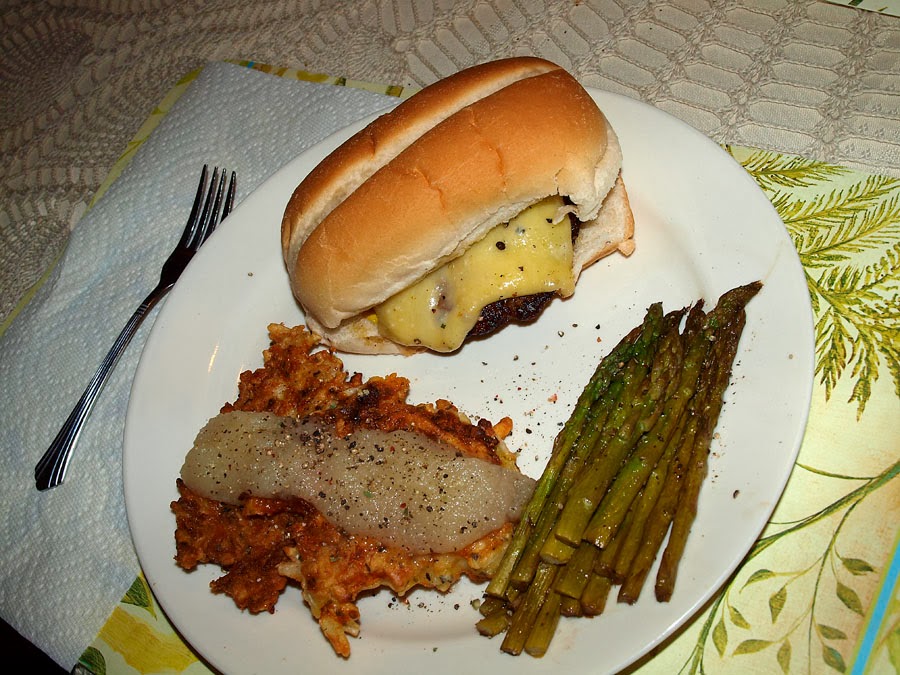