I am still doing indoor cooking after the freezing weather we had last week. This looked interesting so thought I would share it. Looking for something different to cook I watched a video on food52.com on how to poach fish in the oven in olive oil. I had two Barramundi filets frozen. They are sea bass but sound a little more exotic if you say I am having Barramundi!

I searched on olive oil poached fish and looked at several recipes. You can do this with about any fish but Halibut seems to be the most popular. The recipes were either baked at 250 or 275 deg. F. and the times varied from ½ hour to 1 ½ hours for 1 inch thick filets.  I followed the video on food 52 pretty close. My filets were about ¾ inch thick.

I preheated the oven to 275 deg.
I put a layer of sliced lemons on the bottom of my cast iron skillet.
Placed the filets on top and sprinkled with some Hawaiian red sea salt
They set about 10 minutes then covered with half EVOO and half ELOO.
They say to use EVOO but I am not a fan so cut it some, and liked the result.
I added 3 crushed garlic cloves, two thyme sprigs and more salt.
I preheated on the stove top just until it started to boil.
Then in the 275 deg. oven for 28 minutes.

Tip: one way to tell if it’s cooked through without cutting it open is if you see little white bubbles on top of the fish. You can see them in the one photo.

I let the skillet set while I dished up the Zatarain’s yellow rice I had ready and put some of the olive oil in seasoning for bread dip. My wife had fixed herself a salad, I was going to have a side of my S.A. Kraut but in the hustle of serving I forgot. We thought the fish was great, flakey and moist. It didn’t soak up any of the oil just what was on the outside and it gave it good flavor.

This is an easy way to fix fish for a healthy meal in between some good BBQ. It took about 3 cups of oil but they said it does not take on the fish taste and to strain and save it. It will last a week in the fridge. Use it to cook with or make salad dressing. 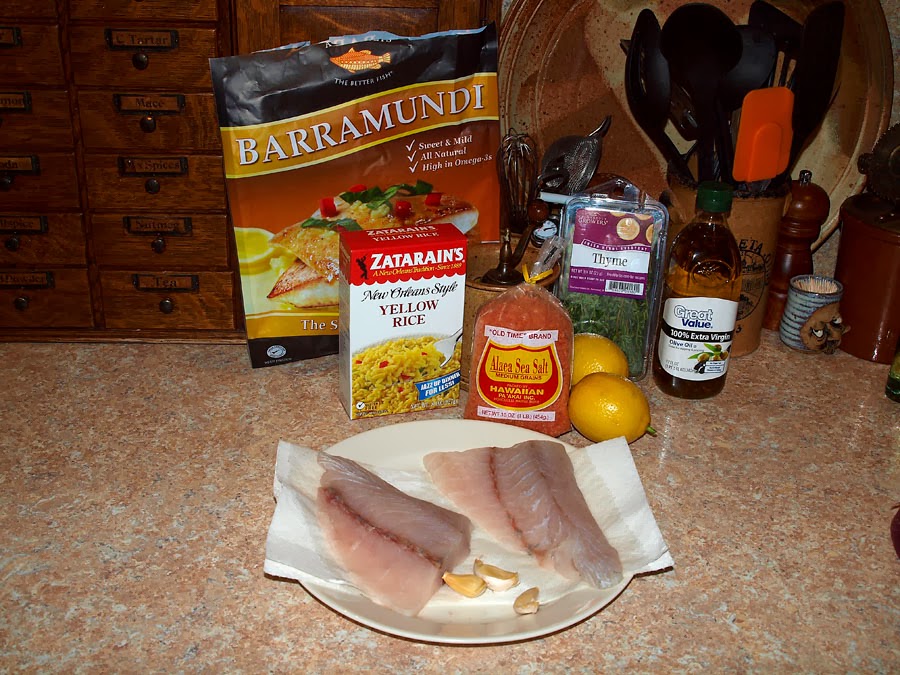 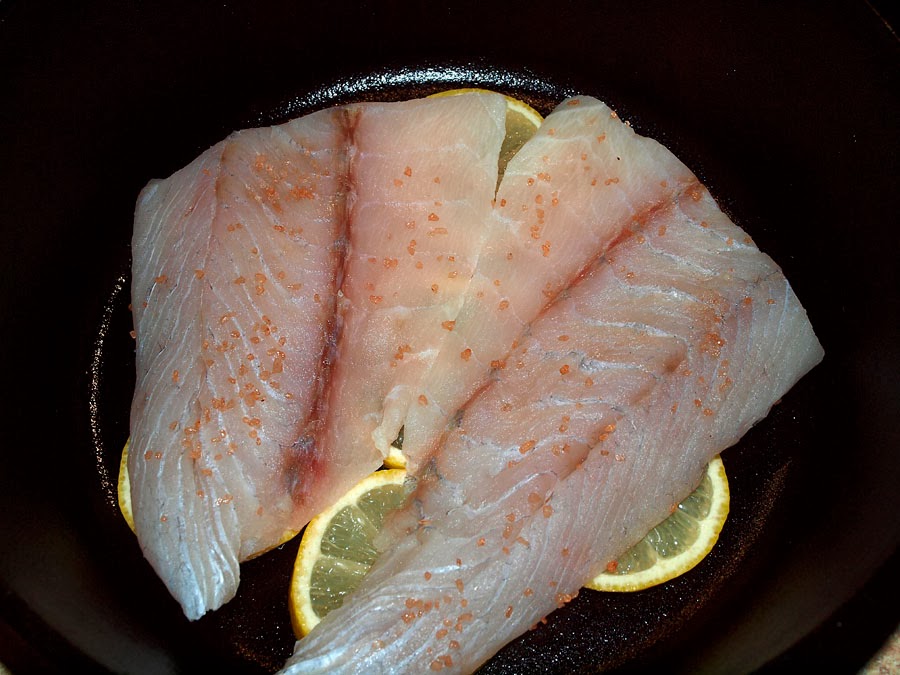 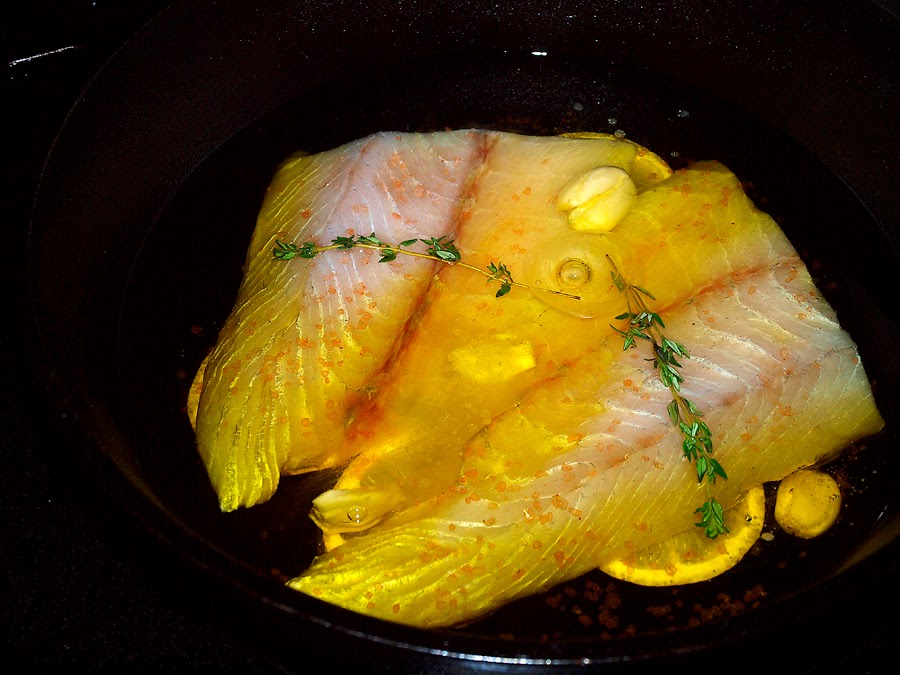 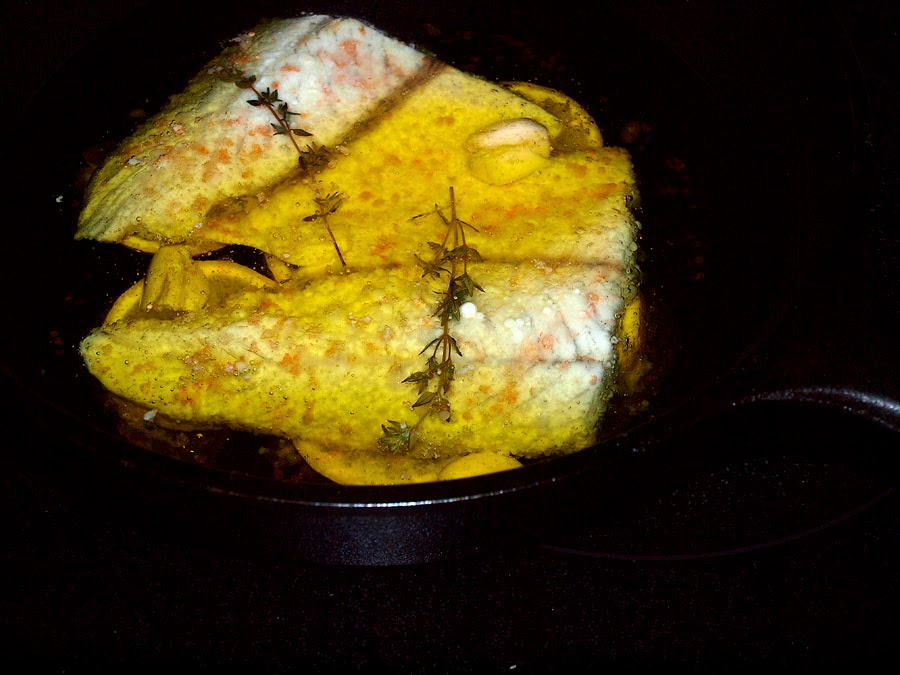 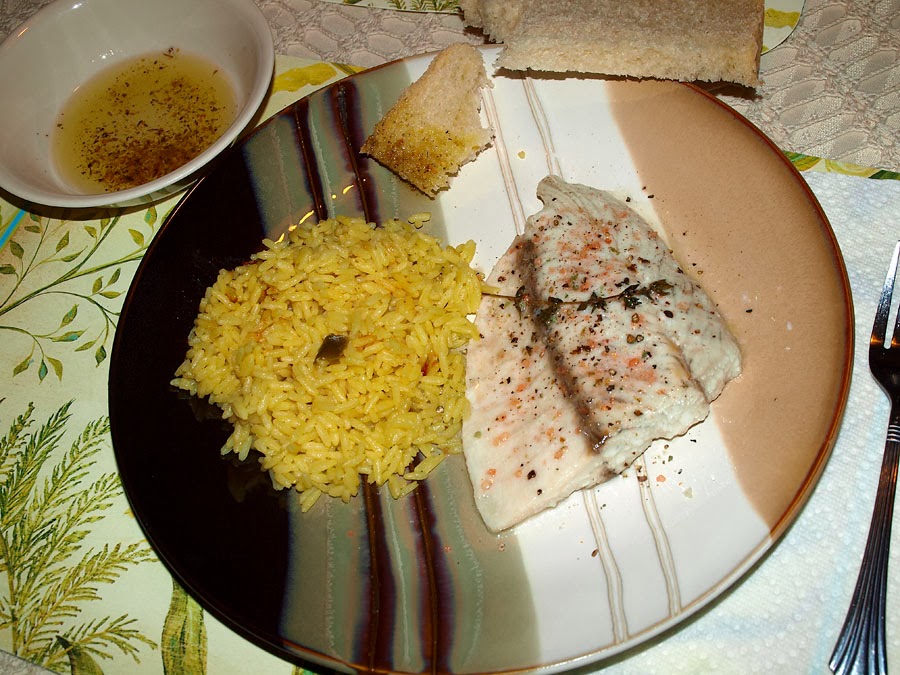